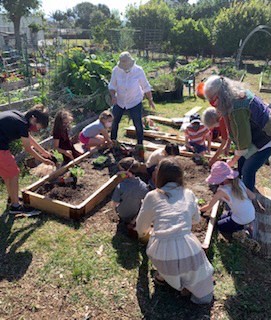 Earth Sunday, April 18, at St. Paul’s Church in Tustin meant fun in the sun and bringing bits of the bible to life as Children and Family Ministry members planted dill, mustard, and coriander – spices that pop up in scripture.

The project has three goals, according to Kaley Casenhiser: “To map the theology and science of Creation Care; to model heart-led conversations about faith, justice and care of creation; and to mobilize actionable steps supported by ongoing tools and community resources.”

Course topics have ranged from introduction to faith, science and creation care to the theology of food, living simply and practical application.

For example, “We brought a church in to talk about how they started their composting ministry and funded it in their church context,” she said. The session included information about labels, what bins to use, how to garner support from the wider congregation, and how to sustain the ministry over time “by partnering with other organizations to pick up compost and donate it to farms and local organizations that actually need it.” 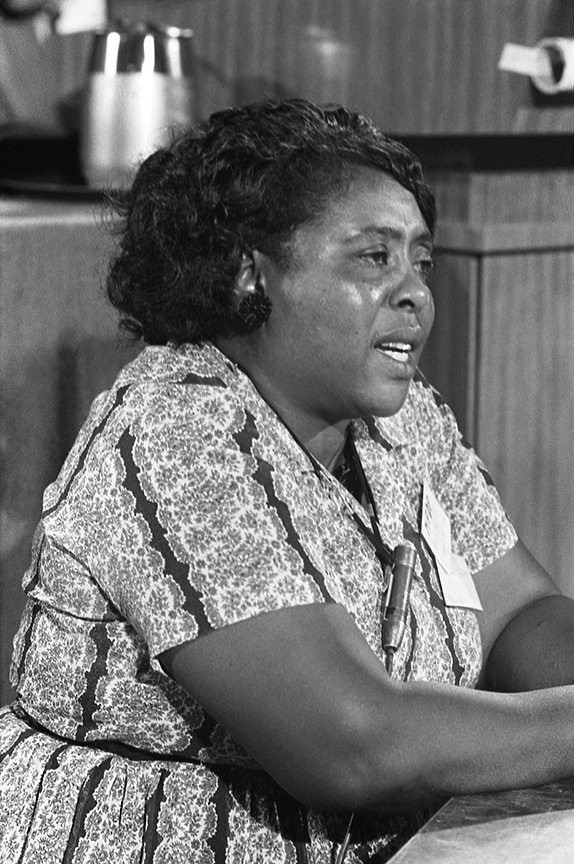 Hamer, a voting rights and women’s rights advocate, community organizer and leader in the civil rights movement, was co-founder and vice-chair of the Mississippi Freedom Democratic Party. She was famous for saying, “I’m sick and tired of being sick and tired.” While she was recognized widely for her civil rights activism, Hamer’s plant-based environmental justice work also included her Freedom Farm Cooperative Initiative.

“She understood the significance of cooperative collaborative engagement in the world,” Crozier said during the online meeting. “She didn’t believe that land should be monopolized by just one individual or the powerful or the elite, but the land had to be there for all.” 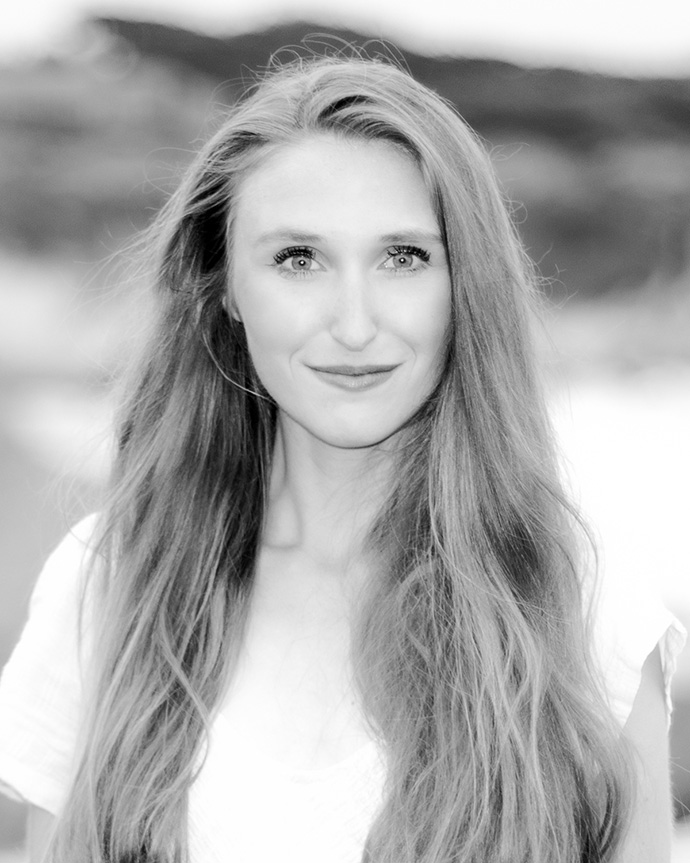 Hamer, Crozier said, “was committed to recreating, transforming, cultivating new life in a place, a space that considered her dead, irrelevant,” Hamer’s witness compelled even her jailer and other opponents to rethink their commitment to the Christian faith they espoused, she said.

Antiracism has become a core issue in food justice, “and we are thinking about integrating it into the program itself and we’re encouraging folks to talk about race and reconciliation as part of these conversations and as integral to them,” Casenhiser said.

Requests for training about preaching, effecting systemic change and connecting with local political leadership have prompted the Casenhisers to consider including them in fall curriculum, she said. “The goal is to connect the dots between faith, justice and creation care, and antiracism has become central to that.”

New sessions in the fall

The CCC sessions, held online at 7 p.m. on the second Thursday of each month, typically include a time of connecting and sharing stories, education and prayer. Additional monthly support sessions are offered to team leaders, who also are encouraged to meet monthly at the local church level to plan and implement projects.

An eight-session program is slated to begin in the fall, but Casenhiser will be taking a step back to attend graduate studies in religion at Yale University and possibly enter divinity school. The fall CCC program will include additional courses, she said.

Casenhiser grew up in the city of Orange and became interested in ecology and environmental justice “about the age of 12, when both my grandmothers got breast cancer at the same time and moved in with my family. We were caring for them. When the people in your life are ill, of course you ask questions, like what can we do?” 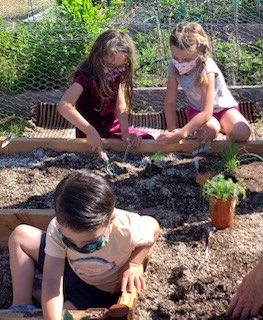 That question led to an exploration into food, soil, water. “We quickly started growing our own food and as we grew it, we built an aquaponic system and we started nurturing our relationship with the land and soil and experiencing the nourishment of food and watching its effect on my grandmothers.

“Both were going through chemotherapy and they were healthier physically than they had ever been in their entire life. It was a formative experience for the entire family.”

That experience led her eventually to the Episcopal Church. She served as a Creation Care Fellow at St Aidan’s Church in Malibu.

“We have had church chickens, a thriving edible garden, composting system, and more,” recalled the Rev. Joyce Stickney, St. Aidan’s rector. “We are now discussing the possibility of planting an apple orchard and caring for bees. We currently have about ten fruit-bearing trees – everything from passion fruit to avocados.

“Kaley led us in transitioning from disposable cups at coffee hour to beautiful ceramic cups (our kitchen is fully stocked to support minimal waste),” Stickney said. “She led a couple of creation care initiatives and introduced us to her delicious ancient-grain homemade bread, which we used for the Eucharist on special occasions.”

Trinity Church in Redlands joined the Creation Care Collective, to help strengthen steps “to help close our carbon footprint,” according to the Rev. Paul Price, rector.

“We have been, little by little, implementing things like computer-controlled watering to help keep those costs down and to help save energy. We are putting in computer- controlled thermostats to monitor and control the temperature in our buildings.

“Another project we’ve taken on is to help the reforestation of areas around the globe. While this is more a ‘send us money’ project, it has helped build the realization that what we do in our gardens also affects our carbon footprint.”

While the pandemic temporarily sidelined some of the projects, Price said he is looking forward to jumpstarting them again.

Yeaton said she has learned a lot about ecological balance from the pilot program and the congregation is considering expanding its garden beds. “The first composting we tried was labor-intensive,” she recalled. “Now we’re talking about a simpler way to do it, expanding our growing beds.”

“In California, we keep talking about getting rid of fossil fuels, but it’s really more about balance. We can balance and it’s much healthier than getting rid of one thing or going to the extreme of another.”