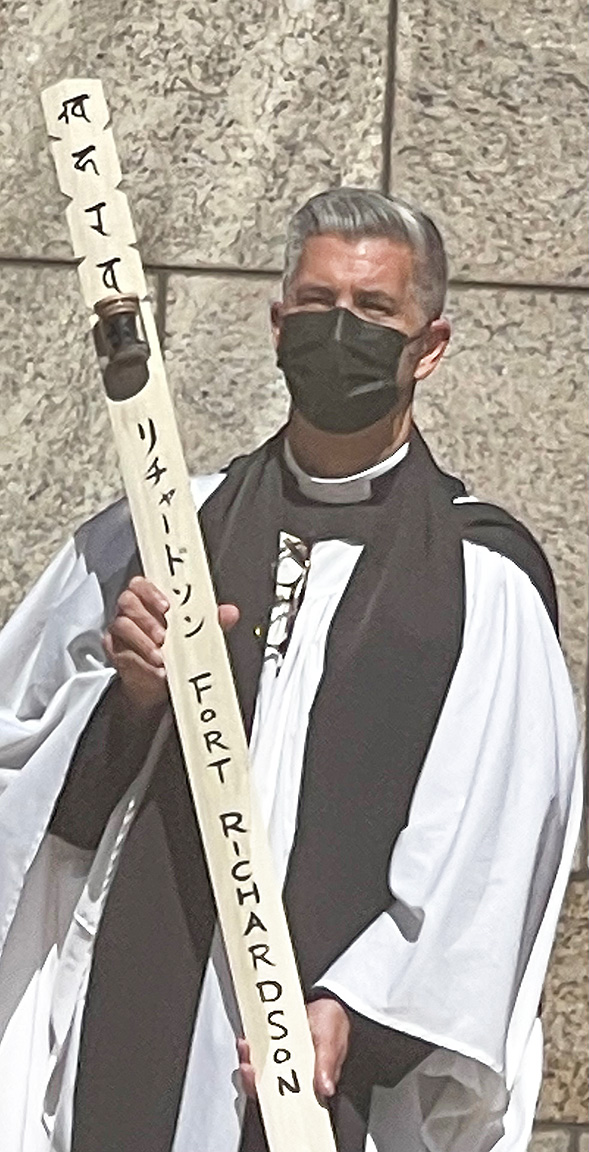 A memorial book bearing 125,284 names was dedicated together with commemorative posts bearing the names of 75 incarceration sites and soil from each location. The posts were carried and assembled by representatives of each site. “Ireichō” means “record of consoling ancestors” in Japanese. (A full report from the Los Angeles Times is here.) 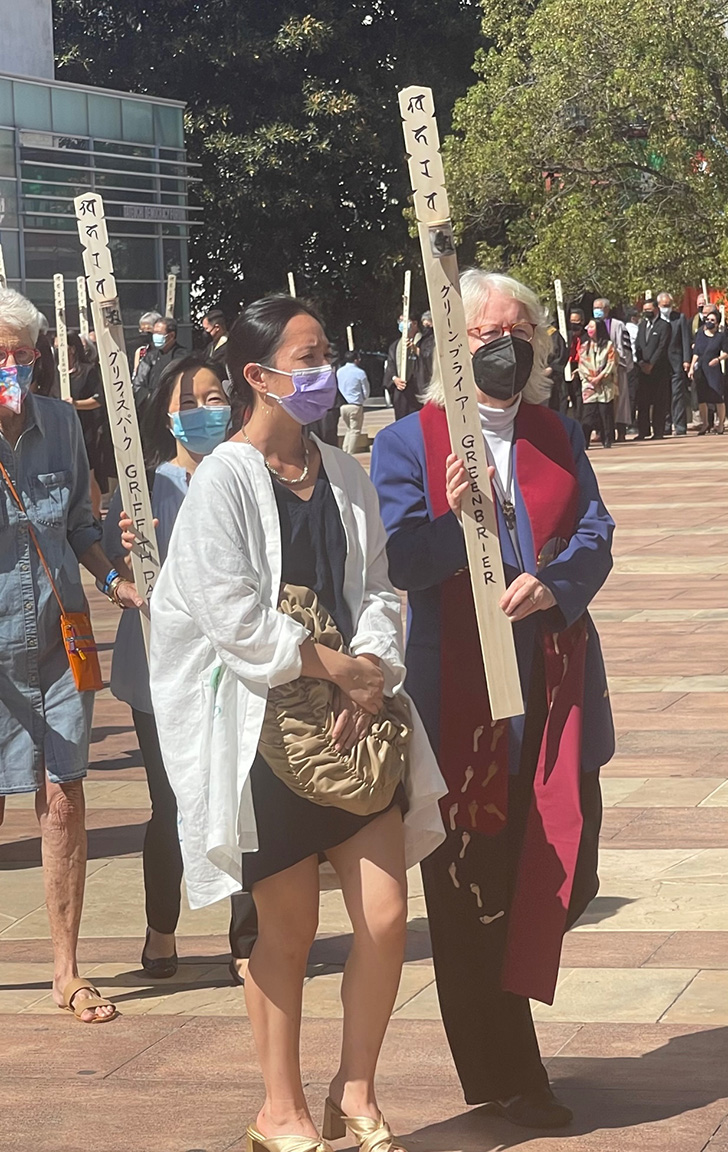 Representatives of the Santa Anita Assembly Center, among others, honored the memory and experiences of members of L.A.’s St. Mary’s Episcopal Church, Mariposa Avenue, from which parishioners and clergy departed in 1942 for internment sites to which they were assigned, These included St. Mary’s rector, the late Rev. Canon John H. M. Yamazaki and his family, among many others. 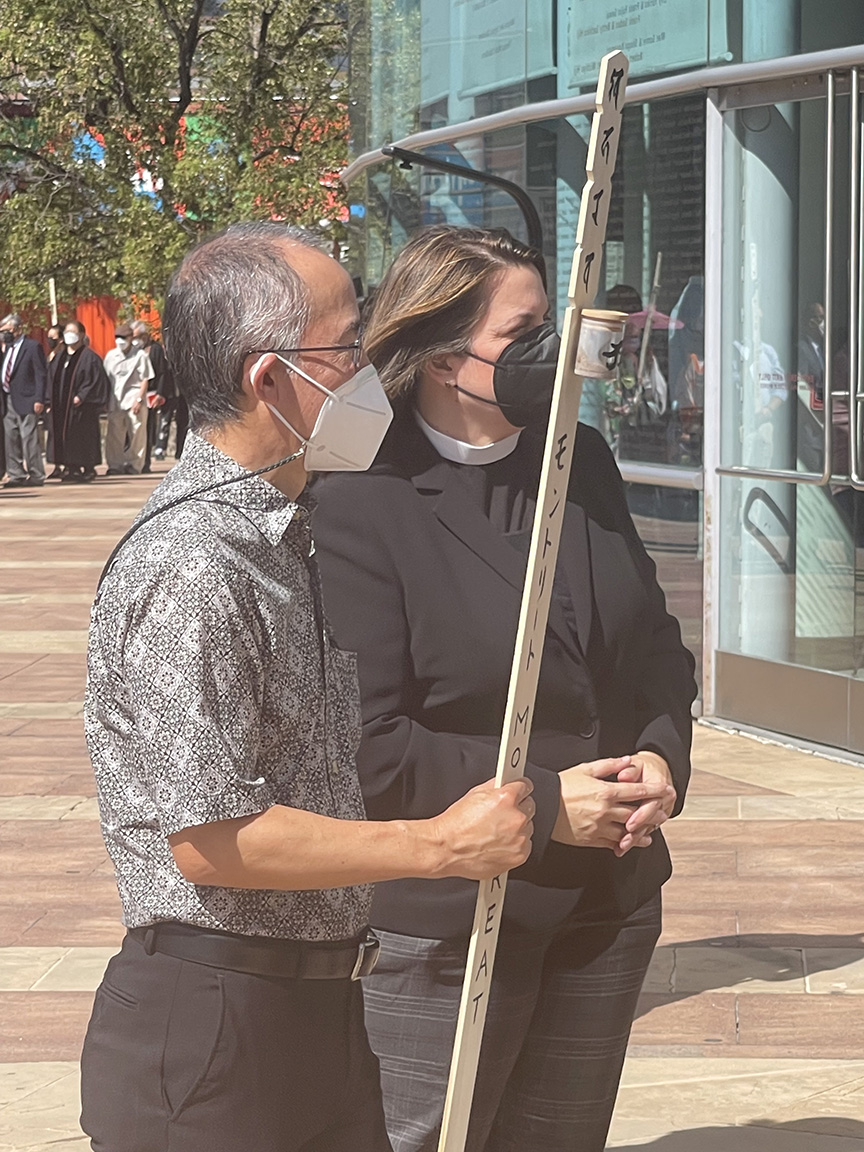 Further information about JANM is here.