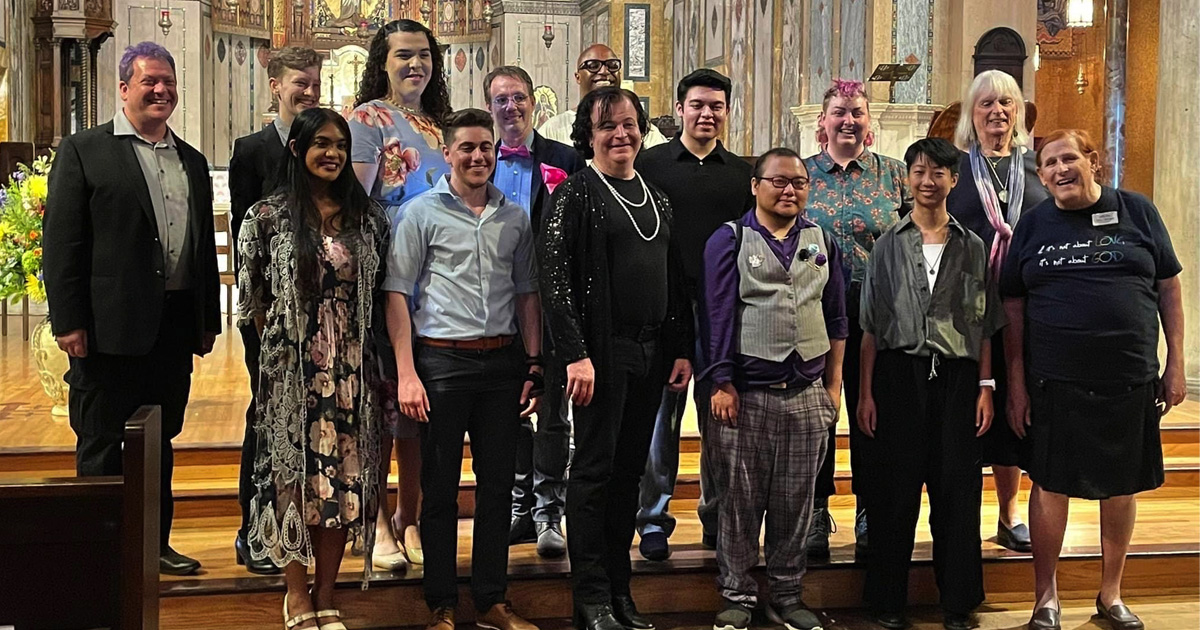 [The Episcopal News] From Orange County to Pasadena, Episcopalians from across the Diocese of Los Angeles shared in LGBTQ+ pride celebrations June 25-26, marking a 30-year milestone for the diocesan Bishop’s Commission on LGBTQ+ ministries. 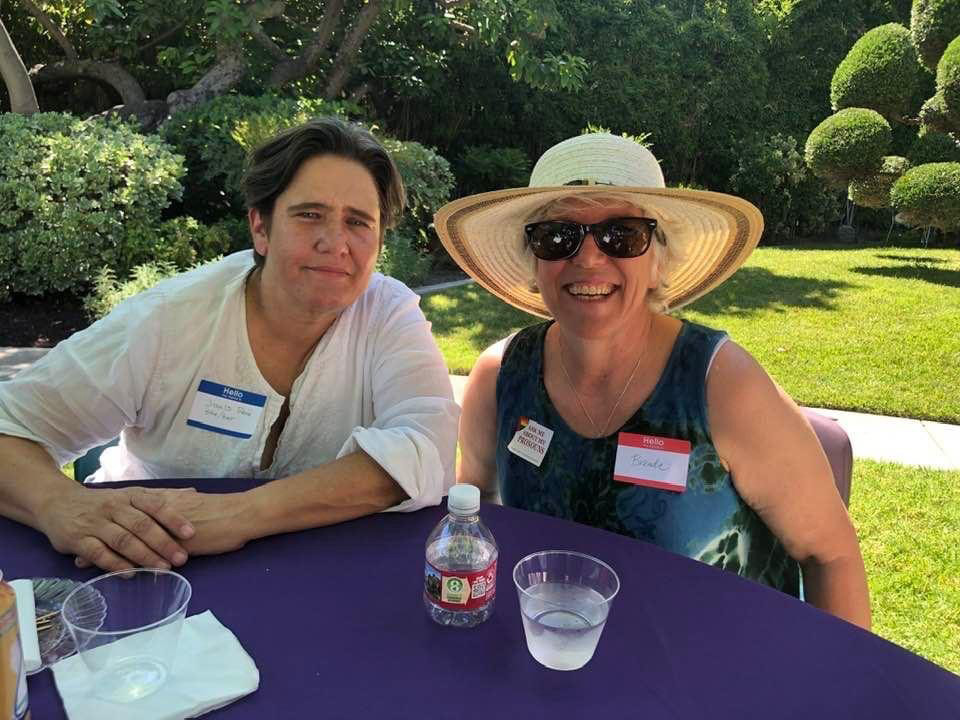 “We have come so far in these 30 years, yet we have so much more work to do, especially on behalf of our transgender, queer, and gender non-binary siblings,” said the Rev. Canon Melissa McCarthy, diocesan canon to the ordinary, preaching the June 26 Pride Sunday homily at St. John’s Cathedral, where the Trans L.A. Chorus highlighted musical offerings.

“And after Friday’s release of the Supreme Court’s decision to overturn Roe v. Wade, it is clear that we have work to do around what makes someone fully human, with all the dignity and respect that goes with that,” McCarthy added. “Now is the time for us to stay strong, to stay proud, and to stay focused.” 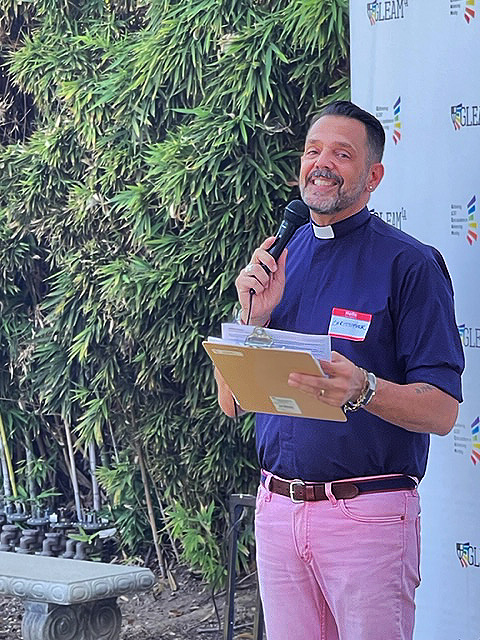 “This is the community of activists and changemakers,” Taylor said, saluting the achievement of those in attendance. “You’ve done it before, and you’ll do it again… joining with allies to bring unity and justice back to the United States of America.”

Taylor then invited garden party attendees to extend their hands and join him in a prayer of blessing for St. John’s Cathedral’s retiring deans, the Very Rev. Canons Mark Kowalewski and Dan Ade, giving thanks for their years of ministry in the community, including specific LGBTQ+ outreach.

The commission’s chair, the Rev. Christopher Montella of St. Stephen’s Church in Santa Clarita, joined in welcoming the garden party guests including Orange County clergy and parishioners who the previous day, June 25, hosted an Episcopal Church exhibit as part of the O.C. Pride celebration in Santa Ana.

The Rev. Canon Susan Russell, longtime leader of diocesan and churchwide LGBTQ+ ministries and marriage-equality initiatives, added reflections (see related article) and noted that the Bishop’s Commission is gearing up for renewed program and networking among congregations of the diocese. 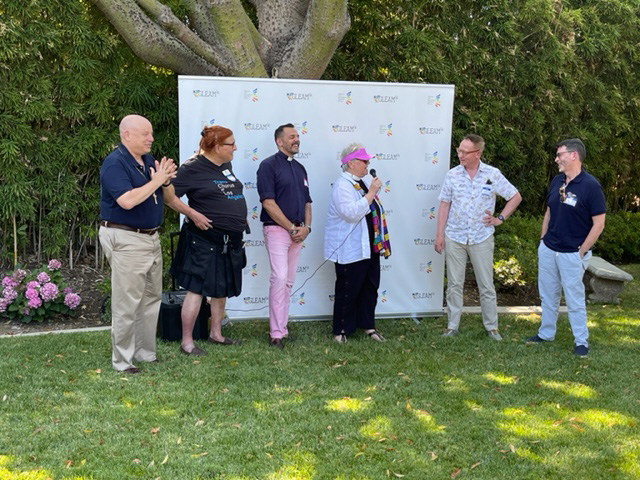 Russell, who serves as diocesan staff liaison to the commission, pointed to its 1992 founding by then Bishop Frederick Borsch who appointed the Rev. Mac Thigpen, then rector of L.A.’s Trinity, Melrose parish, as bishop’s liaison to the diocesan lesbian and gay community, a groundbreaking position within both the diocese and wider church.

The commission built upon pioneering work done in the 1970s and ‘80s by the diocesan chapter of Integrity, a national organization of LGBTQ+ members and allies, which then met in parish halls of St. John’s, Los Angeles, and St. Stephen’s, Hollywood. The late Rev. Canon Malcolm Boyd added his support while writer/priest in residence at St. Augustine by-the-Sea, Santa Monica. 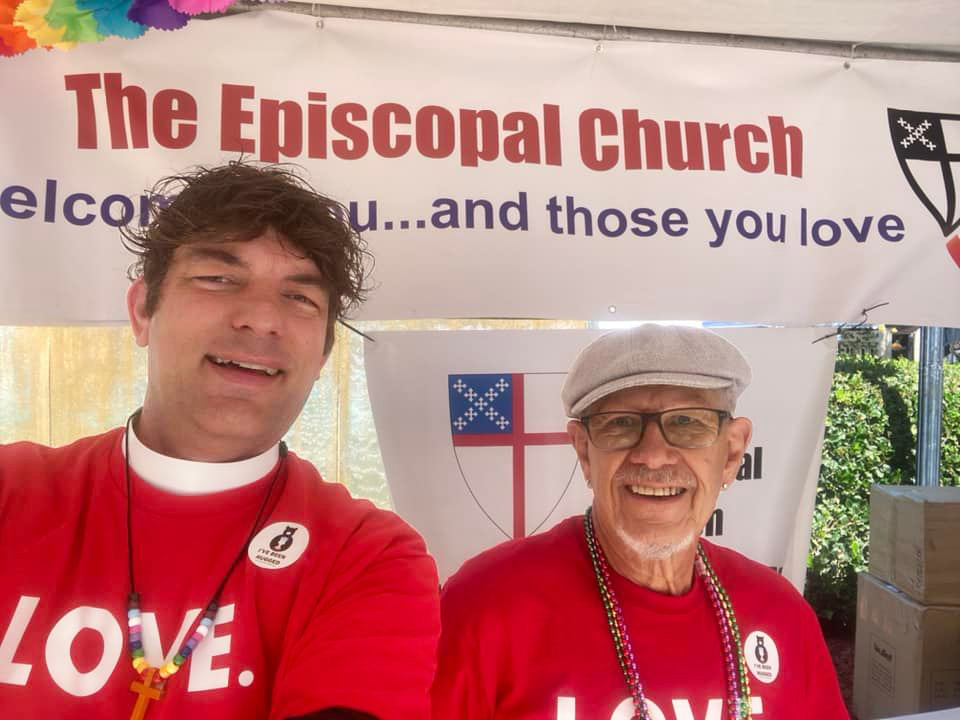 Working in tandem with the commission were the emerging diocesan HIV/AIDS ministries and Project New Hope, which offered job-training and affordable housing to individuals and families.

Local LGBTQ+ pride observances across the diocese have grown to include celebrations in Long Beach, Riverside/Inland Empire, Ventura, Santa Barbara, and the San Gabriel Valley, to name a few.