Thomas Quijada-Discavage named as canon for Formation and Transitions Ministry 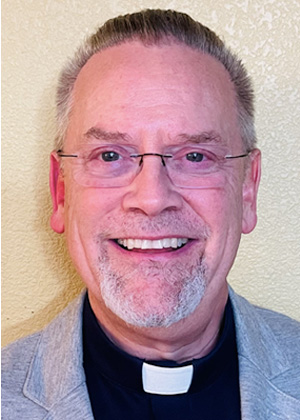 Quijada-Discavage, who had served in that department since 2016, first as administrative assistant and then as interim missioner following the November 2020 retirement of the Rev. Canon Joanna Satorius, said he is “completely honored and humbled” by the appointment and by the bishop’s vote of confidence.

“I look forward to adding my vision and understanding to that of Bishop Taylor, Bishop Diane M. Jardine Bruce and Canon Melissa McCarthy as I provide oversight of the Office of Formation and Transition Ministry,” he said.

“Bishop Bruce, Canon McCarthy, and I call our weekly meeting with Tom ‘Clergy Corner,’ but it’s really the heart of what we do at the diocese,” Taylor said. “Mediating the work of the Holy Spirit, helping congregations and priests hear God’s invitation, vocational matchmaking for the love of Christ – that’s Tom’s ministry, which he does expertly and joyously. He’s just a treasure.”

“Tom stepped into this role with ease and grace,” Bruce said. “With his pastor’s heart, his ability to be present with search committees as well as candidates for positions, Tom displays a depth of not only knowledge but great care, especially in times of transition. His years working in the department prepared him well for this new responsibility.”

As canon to the ordinary, McCarthy oversees the Department of Formation and Transition Ministry, and said she is delighted at the appointment. “Tom is the go-to person” for all things related to the ordination process and for congregations in transition, as well as serving as a diocesan intake officer, which involves taking reports from anyone with concern about clergy behavior.

“He is a wonderful colleague; organized, gentle, kind, very familiar with the work,” McCarthy said. He has a way of knowing exactly what people need, is super-intuitive and positive, and always about serving others. He has a real enthusiasm and love for this ministry.”

After a national search, “no one’s qualifications matched Tom’s,” she added, because of the uniqueness of the role, the size of the diocese, the number of congregations and the sheer volume of work undertaken.

The department oversees “the very important areas of discernment and formation, as well as assisting our own clergy considering other ministerial calls, changes in canonical residency, and helping clergy new to the diocese,” Quijada-Discavage told The Episcopal News.

“I can only hope that my own gifts and talents will allow me to provide both effective guidance and productive process to all our congregations that find themselves at a time of transition. It will continue to be a joy working with vestries, bishop’s committees, profile/portfolio committees, search committees, and many others.”

Working alongside the bishops and the Rev. Norma Guerra, associate for diocesan formation and transition ministries, Quijada-Discavage will also assist congregations in transition as they conduct story and history days, and with mutual ministry reviews.

Included among his responsibilities are facilitating the diocesan Fresh Start program, which provides support to clergy who are new to the diocese or beginning new assignments. Its monthly sessions have been half-day meetings via Zoom, during the pandemic, he said. 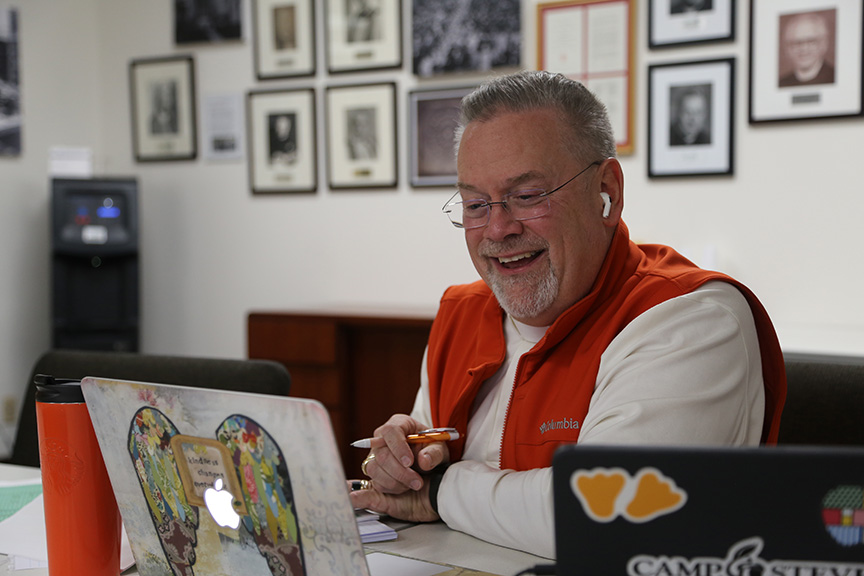 “I continue to hope that we will be able to raise interest in Fresh Start for Laity once we are able to gather again safely,” Quijada-Discavage said. Fresh Start for Laity is a program designed to equip laypersons for leadership during critical periods of a congregation’s life. Its content is focused on principles of transitional times, the importance of relationship-building and the need for self-care.

Satorius said, “I’m delighted for Tom and thrilled for EDLA. Tom had worked alongside me for a few years and proved he had the skill and intuition to fill the position which requires so much more than appears on the surface. Tom has gained the trust and respect of not only the bishops, the canon to the ordinary and the staff, but of the clergy community and parochial lay leadership with whom he has been working.

“He will continue to be a blessing to the diocese and to congregations and clergy going forward.”

Quijada-Discavage said: “One of the great joys of this position comes from the ability to spend quality time with many of our congregations and institutions around the diocese, something that is rare when you are ministering in a specific parish/mission.

Born and raised in Buffalo, New York, “I am an only and adopted child,” he said.

He studied business management at Canisius College in the Buffalo area and began working as an assistant to the vice president and inside sales manager for a pneumatics and hydraulics company.

After earning an M.Div in 1988 at Christ the King Seminary in Aurora, New York, he was ordained a priest in the Roman Catholic Church in April 1989 and served in a variety of rural and suburban parishes until 1994.

Quijada-Discavage was received as an Episcopal priest in May 2002. Before moving to Los Angeles in October 2003, he served as interim rector of Christ Episcopal Church in Albion, New York.

Quijada-Discavage eagerly anticipates his new role. “While it is true, as many people think, that this position and this office processes a huge volume of paperwork in its day-to-day operation, the main focus of our work is the building of relationships and fostering a healthy clergy community.”