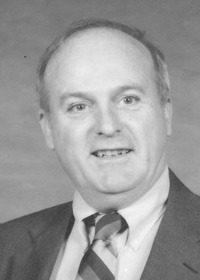 Services are pending. Survivors include his wife, Leslie; his daughter, Shelby; and his son, Martin.

Before his 1991 – 2000 tenure at St. Timothy’s, he served at several congregations, including St. David’s Church, North Hollywood (now closed); St. James’ Church, South Pasadena; Church of Our Saviour, San Gabriel; St. George’s Church, La Canada; and St. Paul’s, Pomona. He also served as president and chief executive officer of Community Housing Services in Pasadena from 1979 to 1995; in that capacity he worked actively to counter drug abuse, especially among young people.

After his retirement he led a congregation in North Carolina under auspices of the Anglican Church of Uganda.

He held the rank of colonel in the U.S. Army reserves; he was awarded the Legion of Merit and 27 military decorations and awards.

Lathrop was ordained to the diaconate in June 1958 and the priesthood in February 1959 by Bishop Suffragan Donald Campbell.

Born April 21, 1931 in Detroit, Michigan, Lathrop earned a bachelor’s degree from the University of California at Los Angeles in 1955. He studied for a time at General Seminary, and completed bachelor of divinity and master of divinity degrees from the Seminary of the Southwest, and a doctorate from California Graduate Theological Seminary. He also completed a course at the U.S. Army’s Command & General Staff College in Fort Leavenworth, Kansas.