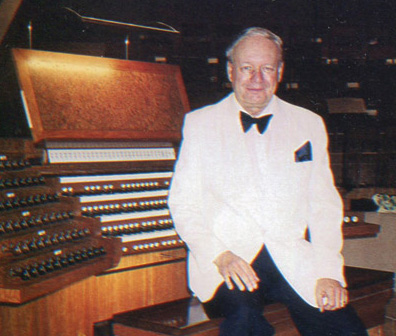 David Gell, organist and minister of music at Trinity Church, Santa Barbara, for the past 30 years, died suddenly on Sunday, March 2. He was 70.

He is survived by his wife Carolyn. A memorial service was held at Trinity Church, 1500 State Street, Santa Barbara, on March 15.

Gell was known as an outstanding musician, leader of an active ministry of music outreach to the community, and dean of the Santa Barbara chapter of the American Guild of Organists. He performed in recitals and concerts and gave seminars and clinics in California, Louisiana, Hawaii, Canada, Europe and Japan.

He was a founder of the Oratorio Chorale, now known as the Santa Barbara Master Chorale and served as organist and composer for the Santa Barbara Boys Choir. He often gave demonstration performances for children in addition to producing annual “Astonishments!” concerts showcasing young performers.

An obituary from The Diapason, a journal for organists, is here.