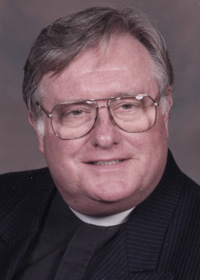 The Rev. James Furman, rector of St. Nicholas’s Church in Encino from 1995 to 2007, died in hospice care on Sunday, February 24, after a long illness.

Furman had no surviving family, but many friends. Funeral services will be held on March 23, 11 a.m., at St. Mark’s Church, Glendale. Bishop John Harvey Taylor will preside.

An accomplished writer, Furman was the author of Sand & Stars: A Possibility Book of Christian Education, and a contributor to The Living Church, Coptic Church Reviews, and The Episcopal News. He also served as chaplain of the Canadian Society of Southern California and president of the Inter-Anglican Study Program, and was a member of the Confraternity of the Blessed Sacrament.