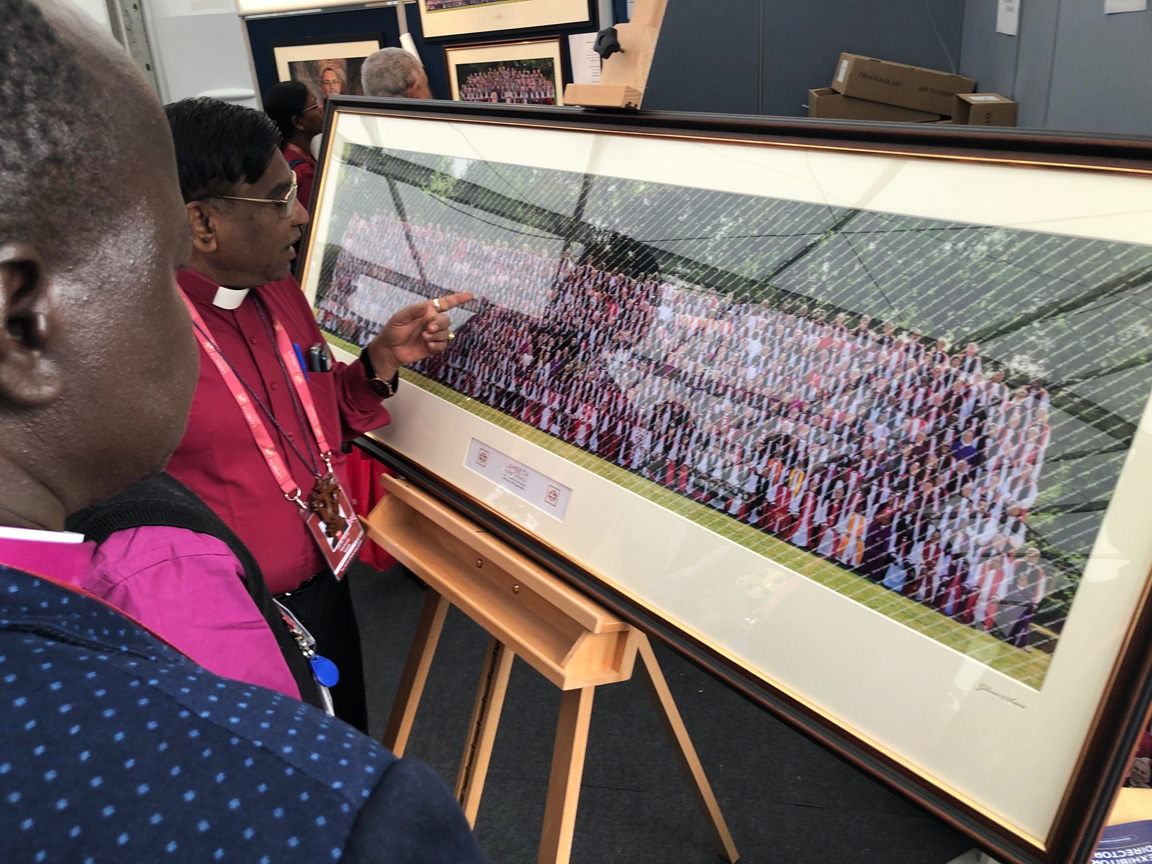 “We just don’t want any more governance,” one primate told me after today’s debate and vote on our third of ten Lambeth calls, on Anglican identity, at the 15th The Lambeth Conference.

Bishops had nothing against Anglican identity. But most seemed to want nothing to do with what the call document called a “deepening senses of synodality.” A synod decides on doctrine, policy, or both. In the Episcopal Diocese of Los Angeles, our annual convention is a synod, as is The Episcopal Church’s triennial general convention. Episcopalians more or less need to do what synods say when it comes to running their churches and dioceses.

As confirmed to the Episcopal News Service tonight, in a closed session we Anglican and Episcopal bishops said “meh” to three calls some felt might lead to structures giving enforcement authority to the archbishop of Canterbury, the primates (Presiding Bishop Michael B. Curry and his counterparts around the world), and the Anglican Consultative Council. Call it being purple without the papal. We did affirm a call to hold a one-time Anglican Congress within the next ten years somewhere in the Global South, with a focus on giving a voice to the most marginalized folks in our institutions.

This detail work occurred in a tightly managed 75-minute late-afternoon session. The day began with Archbishop of Canterbury Justin Welby’s bracing Bible study on I Peter and the concept of God’s holiness. Justice, or anything that makes the world better, isn’t the result of human action, he said. “It’s God’s action and humans’ response.” This is one of many Welby teachings I’ll take home. It’s increasingly been my view that my ministry, when effective, consists almost entirely of getting out of God’s way, of making sure I’m not a stumbling block for God’s eternal and ongoing project.

In person and on video, we also heard brilliant commentary by lay and ordained people, young and old and in the middle, on the subjects of holiness and Anglican identity. Standouts were the Most Rev. Kay Goldsworthy, archbishop of Perth, about redressing years of injustice against Aboriginal people, some of whose civilizations have been present for 60,000 years; the Rt. Rev. Phoebe Roaf of West Tennessee (“I’m continually convinced by the fact that God loves people that I don’t love”); the keynoter for our upcoming diocesan convention in Los Angeles, the Most Rev. Hosam Rafa Naoum, archbishop of Jerusalem (“Every day, I walk in the footsteps of Jesus, physically and metaphorically”); and the Most Rev. Maimbo Mndolwa, primate of Tanzania and a leading critic of the progressive provinces, who began by describing the diversity of worship styles in his province and ended with this not-so-subtle warning: “If we want to stay together as an Anglican Communion, ‘mind the gap’ between north and south. Our differences are to save us and not break our relationship.”

Tomorrow, when we take up the human dignity call and its language about marriage equity, we’ll see how saving our differences really are. As we prepare for this work, may we all do our best to stay out of God’s way. 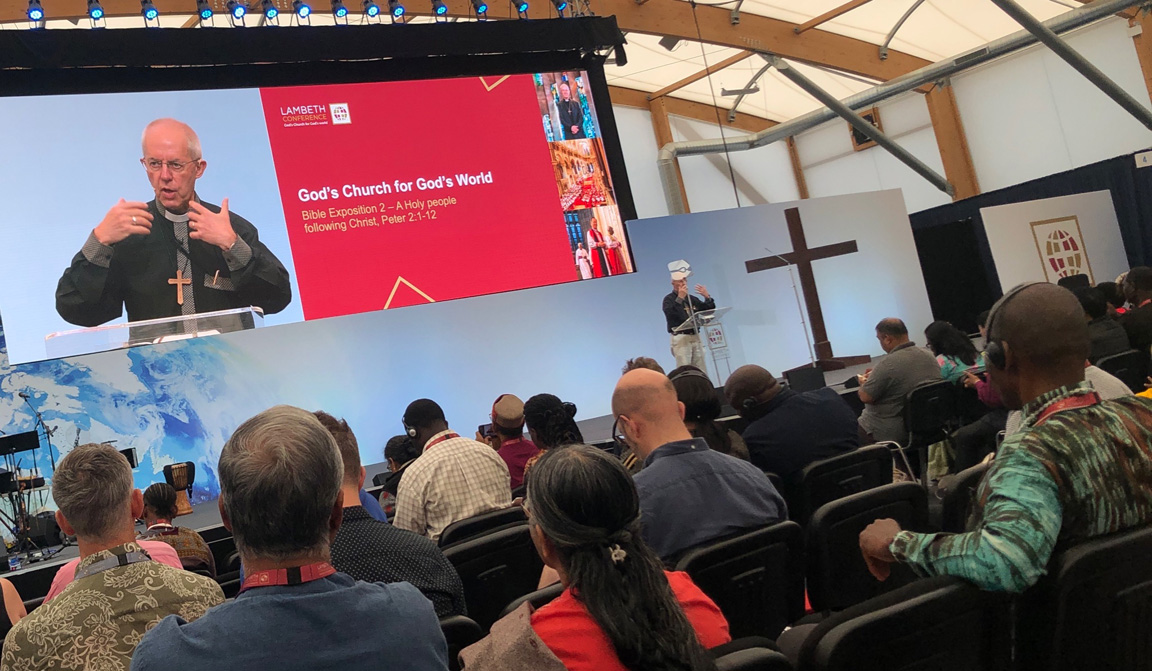 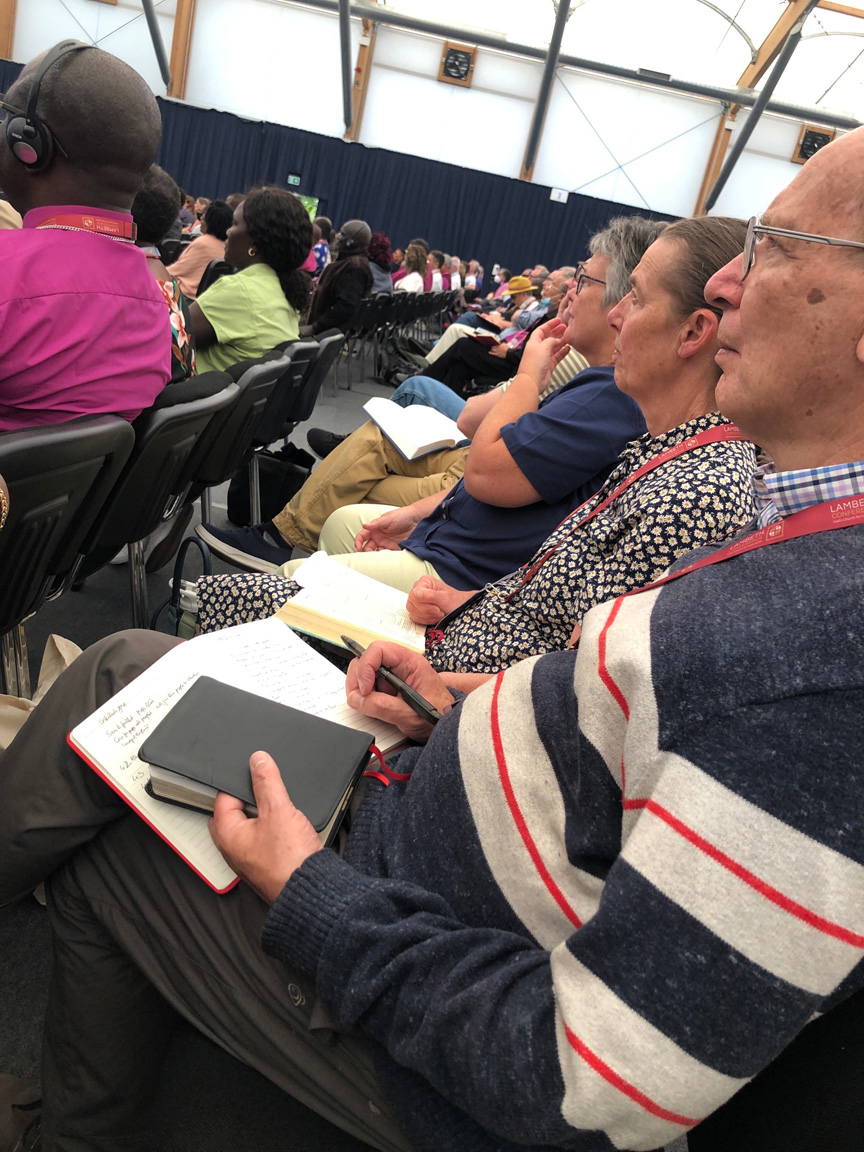 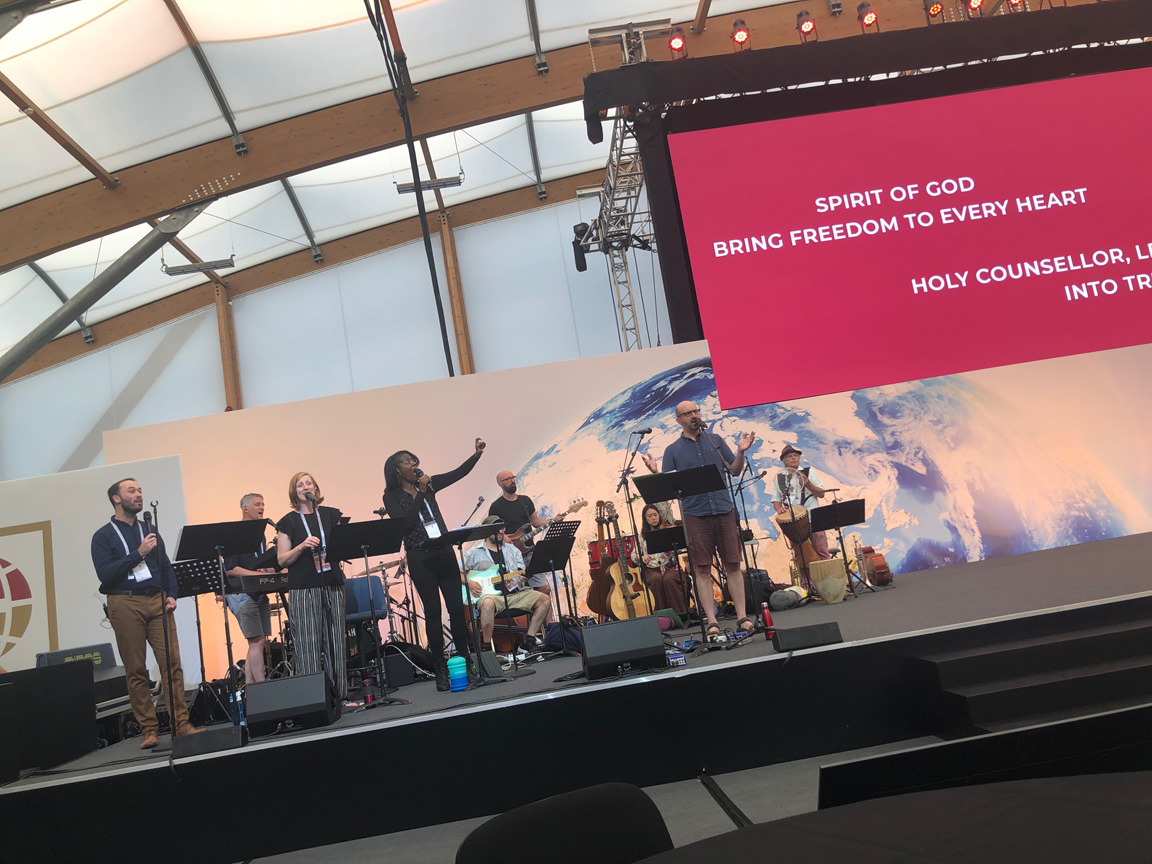 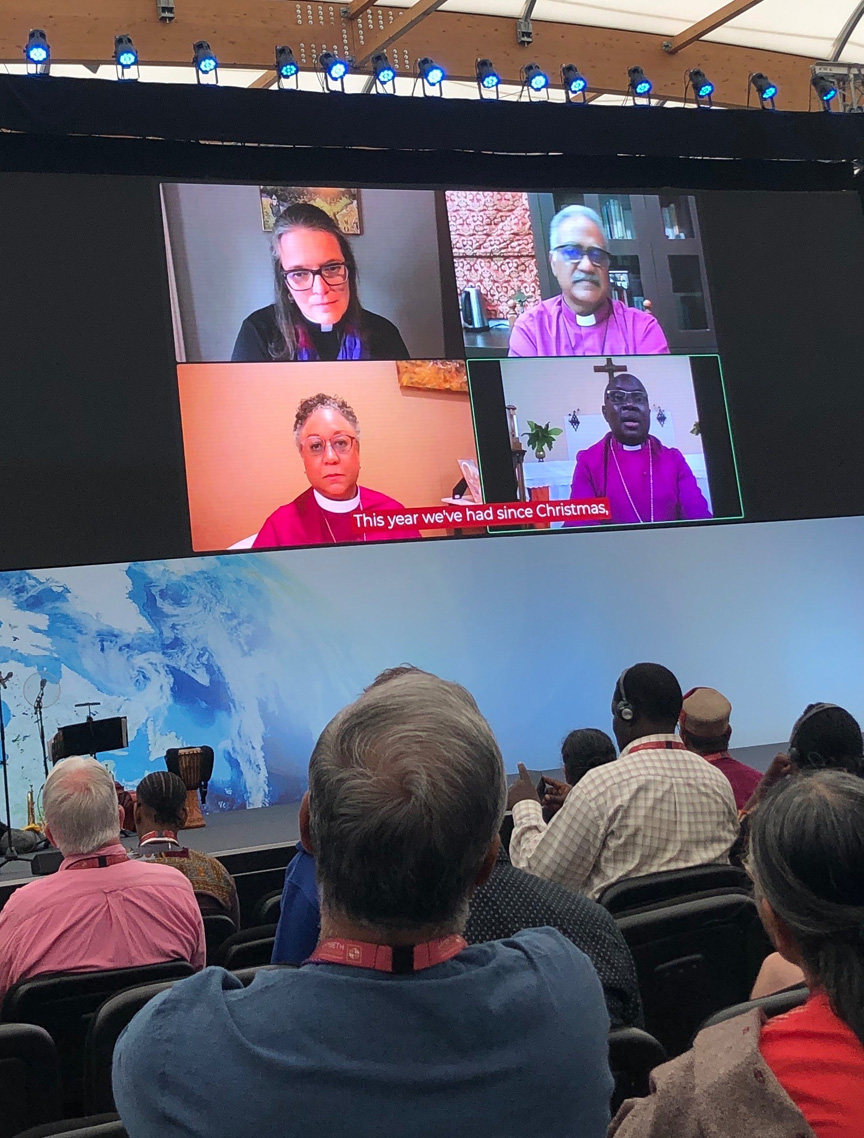 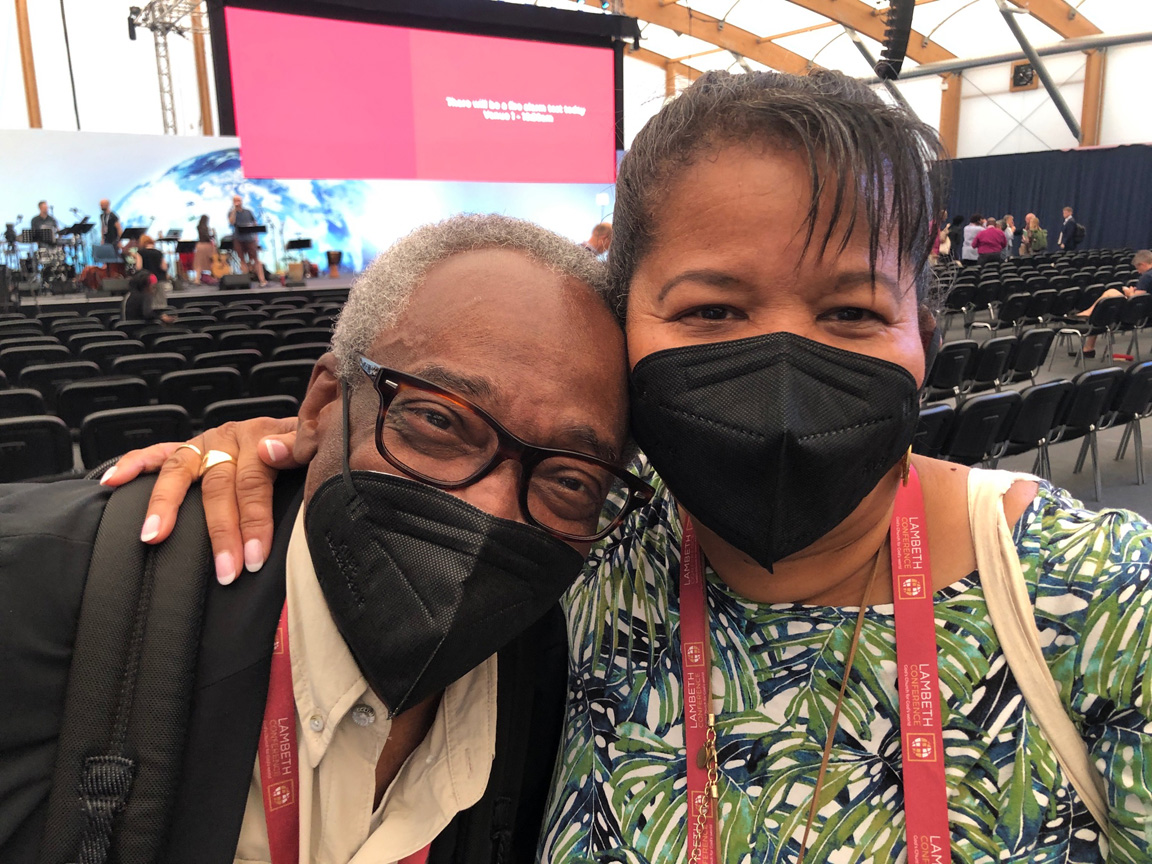 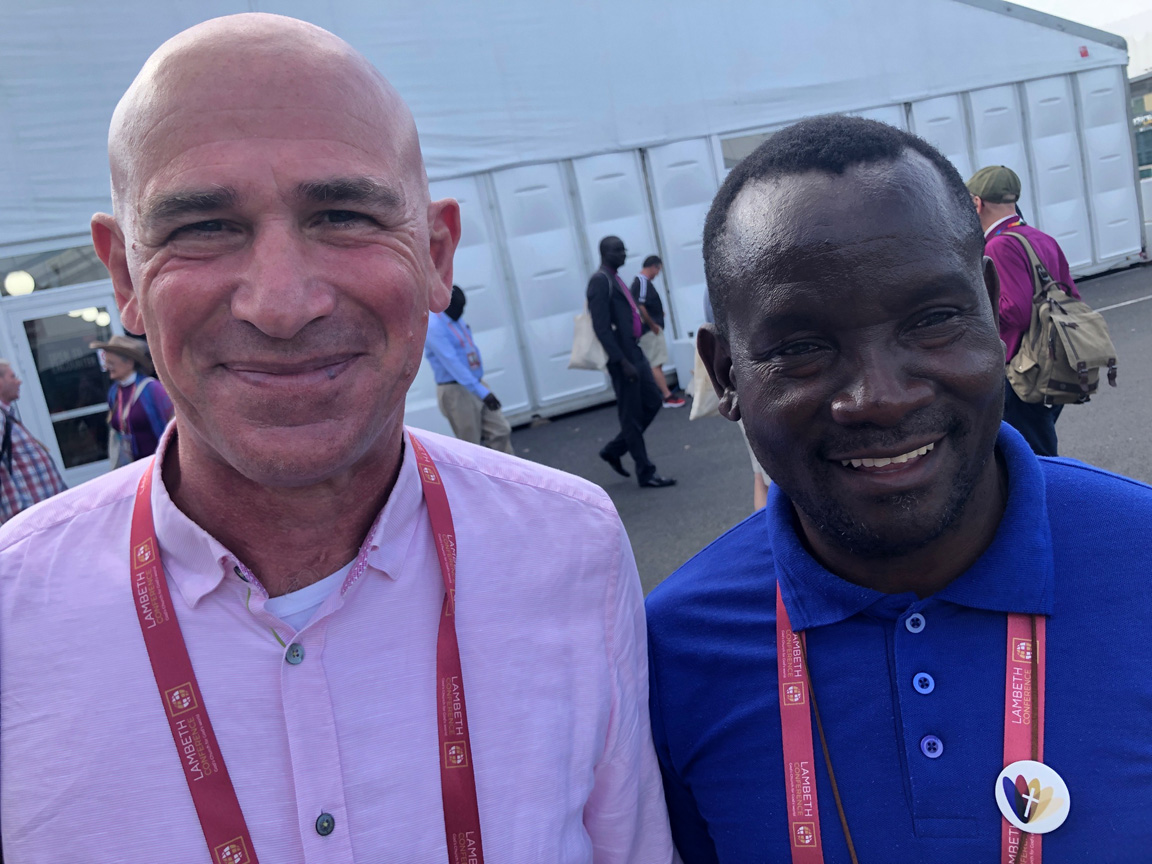 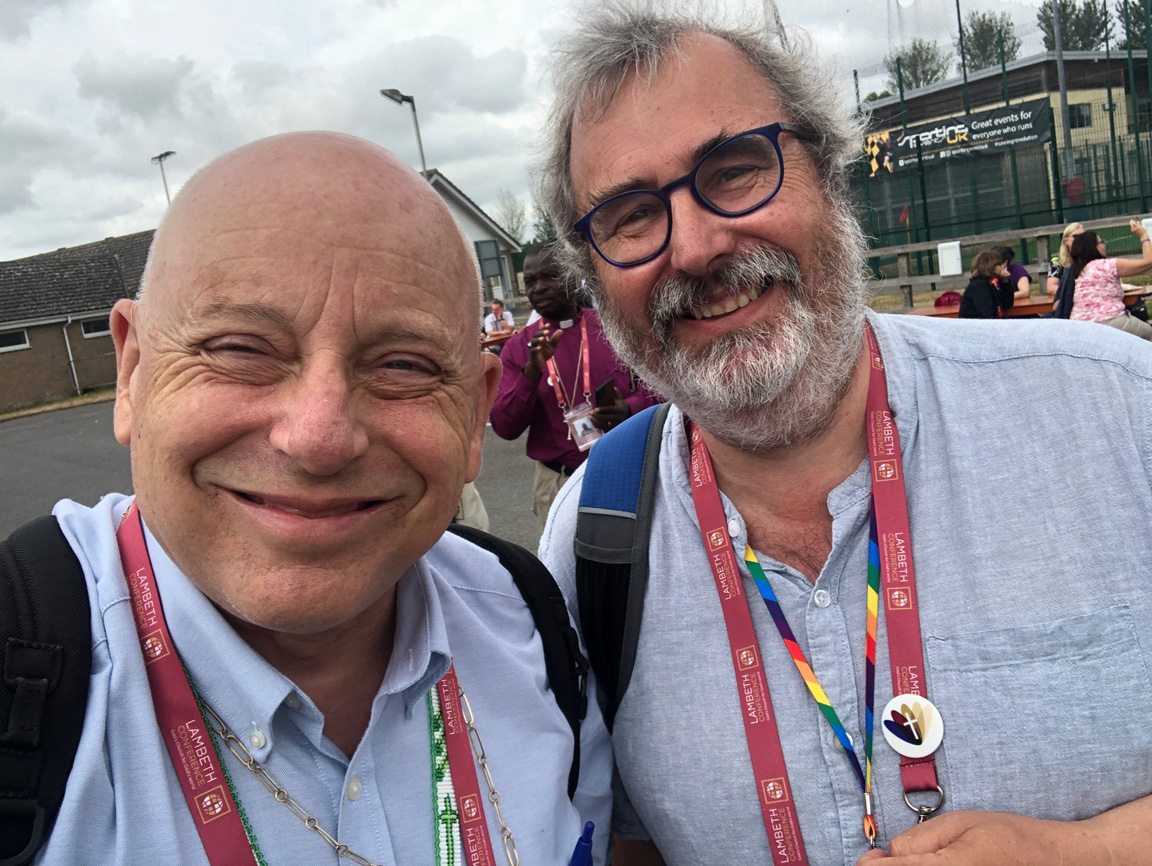 The primus of Scotland and ‘Local Hero’

Primus of the Scottish Episcopal Church, the Most Rev. Mark Strange is what The Lambeth Conference calls the enabling bishop of our eight-member daily Bible study group. We also meet together to discuss and vote on the Lambeth Calls.

The first day, Mark said he needed a scribe. “This is where we all studiously avoid meeting your eyes,” I said.

Today I finally asked him about “Local Hero” (1983), a magical and nearly perfect movie which, he said, was filmed just down the road from where he grew up, in a village called Pennan. It’s on the east coast. Mark said the beach scenes were filmed a hundred miles away on the west coast. It’s there where a beachcomber thwarts a Texas oil company that wants to buy the village to build a refinery because, it turns out, he owns the beach.

While the fictional village of Ferness is a composite, Mark said the film’s premise is sound. Back then Americans would come to coastal Scotland to buy a piece of scenic paradise, and the locals saw them coming a mile away.