Lessons from a civic scandal 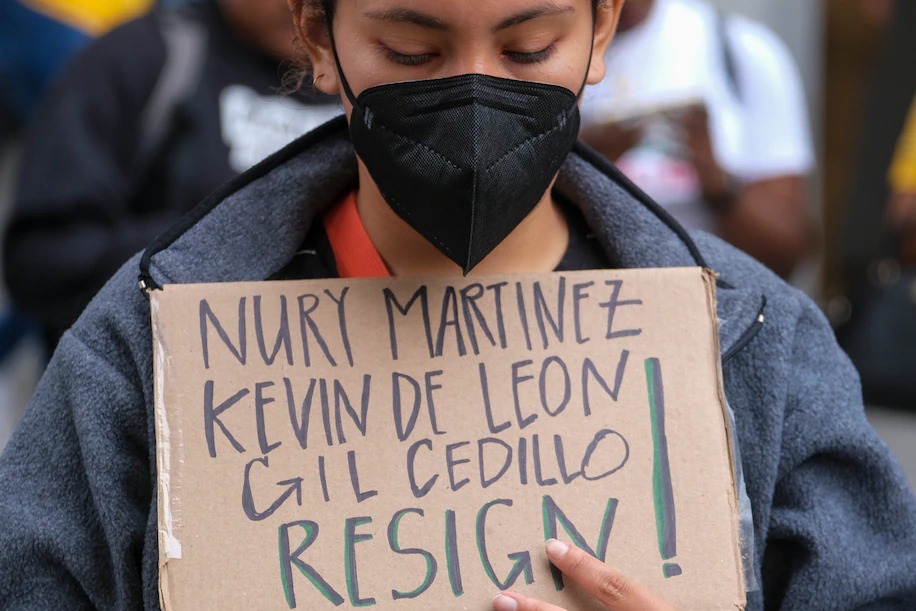 Last weekend, we were stunned by the news that three members of the Los Angeles City Council, along with a top labor leader, used or countenanced racist and anti-LGBTQ+ slurs in a secretly taped conversation in which now-resigned council president Nury Martinez took the lead role. Their victims included a Black child and his father, also a council member as well as a gay man, along with members of the Armenian and Jewish communities. Early this week, I joined with other religious leaders in calling on all four to resign.

In their conversation, political corruption went hand in hand with the moral corruption of racism and homophobia. Like backroom Tammany Hall operatives, the four were plotting redistricting schemes designed to keep themselves or their friends in power. L.A. council members still set their own district lines. The state attorney general wants an independent commission to take over, to make sure every Angeleno’s vote counts equally. Let us pray that this will be a salutary outcome of this scandal, and not just in Los Angeles. Every state with electoral districts that prejudice voters of color is doing the same thing as Martinez and her coconspirators.

Civic sin rooted in racial, orientation, and identification hatred will take a long time to fix. We can do it if we try, and the church has shown that it can lead the way. Among those singled out for insults by our politicians were members of L.A.’s 200,000-strong Zapotec community, Spanish-speaking indigenous people from the Mexican state of Oaxaca. Many live in Koreatown. Hearing the slurs, many in the Episcopal Diocese of Los Angeles naturally worried about the members of the Oaxacan community who now worship at St. Mary’s, Mariposa in Koreatown, best known as an historic Japanese and Japanese-American congregation.

In her book Claiming Resurrection in the Dying Church, the former St. Mary’s rector, Anna Olson, describes the day the parish’s Oaxacan neighbors asked if their kids could use the parking lot for dance practice. St. Mary’s’ transformation began when Anna and church members said yes. She wrote, “We are building a relationship — one that is not without bumps, but one that is based on mutual respect and gratitude, mutual honesty and vulnerability, mutual offering of gifts, mutual willingness to try new things.”

More times than we will ever know, the church has said no. Early in the 20th century, Episcopalians of African descent launched St. Barnabas mission in Pasadena because All Saints, Pasadena, told them no. Until the 1960s, during the era of racist real estate redlining, St. Mark’s in Altadena suggested to Episcopalians of African descent who moved to certain parts of town that they should go to St. Barnabas’ instead. In the 21st century, some, but not all, of our missions and parishes have congregations that resemble the diversity of their neighborhoods. For many of us, Sunday morning remains segregated.

Politicians should be held accountable for betraying our trust. Yet sometimes public scandals teach us personal lessons as well. Praying on the events of the last week, I’ve arrived at three things I want to be sure to remember:

+ Remember that silence is assent. In the taped conversation, not everyone made racist comments. For failing to rebuke those who did, the silent parties bear equal responsibility. Respecting the dignity of every human being, a hallmark of our baptismal covenant, requires us to speak up against spoken or written slurs. In social and family settings, this can be hard. And yet is the work of all the apostles of the Risen One.

+ Remember that bigotry is nonpartisan. Especially in recent years, we have gotten used to one party using racist rhetoric, aimed especially at immigrants of color, to try to win in our Electoral College races for president. The L.A. story shows that while angling for advantage, progressive politicians can also reveal their worst selves. An important difference is that while our society has demanded that these leaders of color apologize and resign, as they should, it still bestows lavish political advantage on white leaders like Ron DeSantis, who theatrically abuses and exploits those seeking a better life in our country. We want a good society where race-based leveraging doesn’t pay off for any politician.

+ Remember that beloved community begins at home, in the neighborhood, and at church, always with Jesus Christ’s eternal yes. Tearing someone down because of their race, orientation, identification, or class dehumanizes them and muffles their precious and unique narrative. But Jesus Christ knows each story. He knows the names of the parents and grandparents of each Venezuelan refugee and knows why they walked 2,000 miles seeking safety and freedom. The unhoused man on the sidewalk outside church? Jesus knows the music he loves, the baseball team he roots for, and each dark moment of his struggle with addiction. The trans woman pole vaulter who, we’re afraid, will steal a prize from our daughter? Jesus was with her at age five when she realized something wasn’t right and began to risk imagining everything God wanted for her instead. Our God in Christ knows every one of these stories — even those in groups we may be inclined to disparage en masse, as our politicians do all too often. Jesus knows them one by one, and wants us to be vulnerable, curious, trusting, and faithful enough to know them one by one, too.