Bloy House will move to Lutheran Center in Glendale 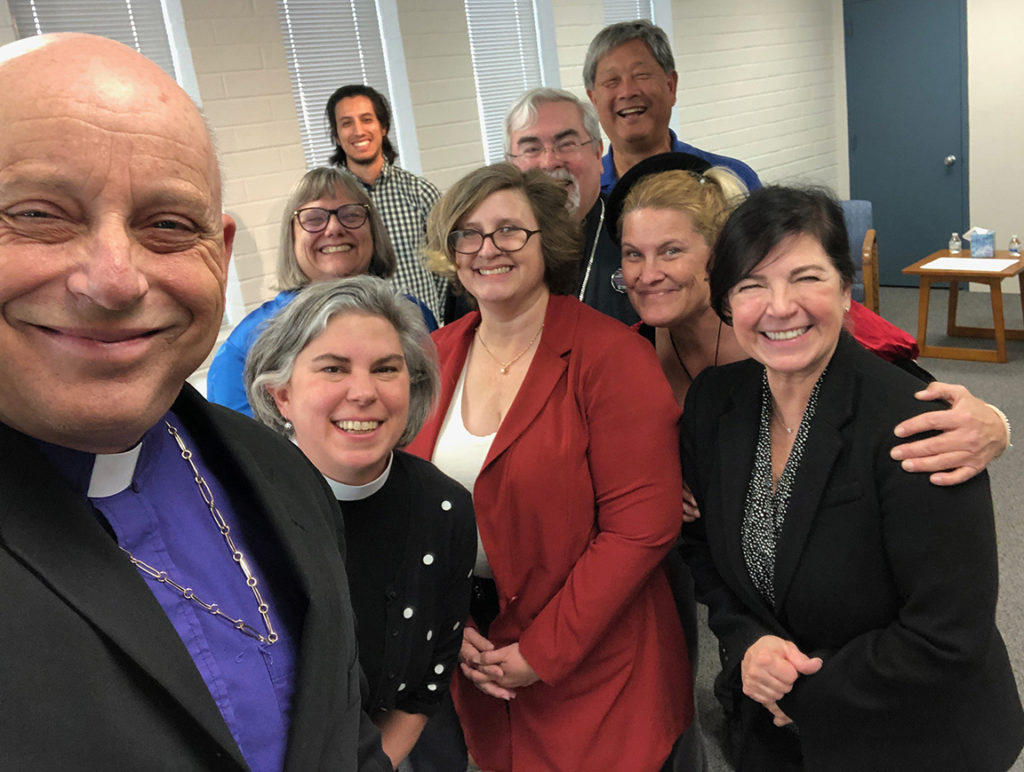 Bishop John Harvey Taylor, Dean Sylvia Sweeney and members of the Bloy House board of trustees joined Bishop Guy Erwin of the Evangelical Lutheran Church in America’s Southwest California Synod to sign a lease agreement for the Episcopal seminary — formally known as Episcopal School of Theology at Claremont or ETSC — to move into offices at ELCA’s Lutheran Center in Glendale.

“From the very beginning, from the warm hospitality evinced by Bishop Erwin and all his colleagues, we knew the Holy Spirit was guiding us,” Taylor said. “Next year marks the 20th anniversary of the Episcopal-Lutheran concordat. I can think of no better way to celebrate than to join hands in helping form the lay and ordained leaders whom both our denominations will need if we are to embrace our pluralistic destiny in the 21st century.”

The concordat, “Called to Common Mission,” adopted in 1999, established The Episcopal Church and ELCA as full-communion partners.

“[Bloy House] will be welcome partners in theological education,” Erwin wrote on Facebook, “and I hope their presence will be a stimulus for the development of a multicultural, inter-denominational theological education center in our synod that benefits our church and our partner churches.”

The move will take place next summer, according to Sweeney. 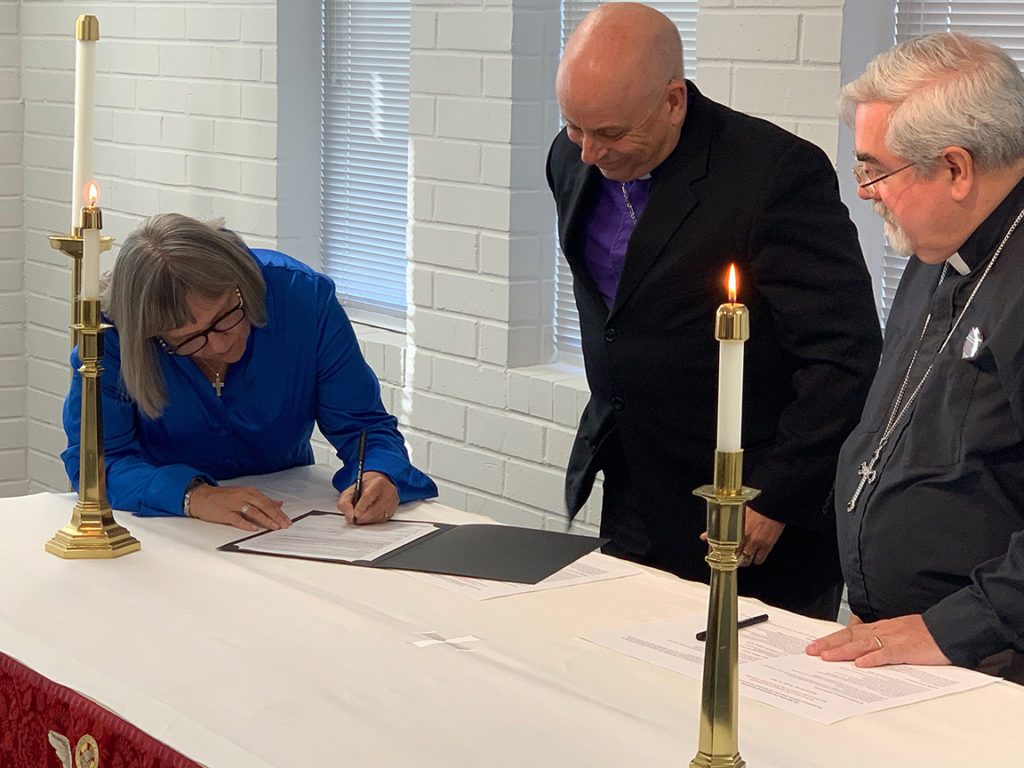 “This agreement marks the beginning of what Bishop John, the Board of Trustees, and I believe will be an exciting and enriching next chapter for Bloy House,” Sweeney said. “We pray that many Episcopalians and Lutherans will find a spiritual home on our new shared campus. In an age when relationships and partnerships stand at the heart of our hope for the future of our world, this is a partnership of passionate Christians committed to lifelong formation for Christian people. I know this partnership will bear much fruit for years to come.”

“Having been involved in the gestation of this project, today felt to this retired pediatrician like the birthing of a baby, whose potential is unknown and limitless and remains to be nourished and enjoyed,” said Canon Steven Nishibayashi, chair of the Bloy House board. He also attended the signing, which took place during a brief service of worship and welcome. 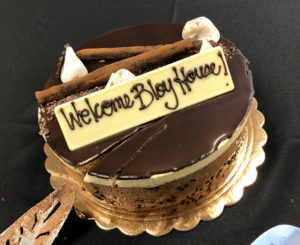 The signing liturgy ends with a festive cake, an example of the warm hospitality the Lutheran Center offer their new Bloy House partners. Photo: John Taylor

“Bloy House plans to be in our new offices on July 1, 2020 following a couple of transitional weeks of moving,” Sweeney said. “We hope that many in the diocese will lend a hand in helping make that move as smooth and swift as possible.

The transition to a new location became necessary when the Methodist-affiliated Claremont School of Theology, where Bloy House has been resident for nearly 50 years, announced that it will move to the campus of Willamette University in Salem, Oregon.

“Our 60-year ecumenical academic partnership with the United Methodists through Claremont School of Theology’s low-residency hybrid master of divinity program will also continue as their move to Salem, Oregon moves forward,” said Sweeney.

Many clergy of the Diocese of Los Angeles, including Bishop Taylor and Bishop Suffragan Diane Jardine Bruce, are graduates of Bloy House. Other alumni serve in dioceses throughout the Episcopal Church.

Bloy House classes, which occur on alternating weekends between September and May, will continue at the Claremont campus until May 2020. The seminary’s final graduation at CST is scheduled for Saturday, May 16, 11 a.m. at Kresge Chapel. Bishop Taylor will be celebrant and preacher at the graduation Eucharist.

“[F]or many of us, Kresge Chapel and the classrooms of CST have been the setting for life transforming moments, deep challenges, and fulfilled dreams,” Sweeney wrote as she announced the graduation date in Bloy House’s monthly newsletter. “We hope that many of you who share our love for that place will be able to be present for this final graduation on the site.”

Bloy House, named for Francis Eric Bloy, third bishop of the Diocese of Los Angeles, was founded in the late 1950s as a weekend program for people who wanted to study theology but who were working full time and could not attend a residential seminary. It has been resident at CTS since 1970. Its classes are held on Friday evenings and Saturdays. Students may opt to study for a master of divinity degree that is completed through CST, or an Anglican Studies program. Bloy House also hosts the Fresh Start program for lay leaders, Instituto de Liderazgo, which trains Spanish-speaking church leaders, and Education for Episcopal Leadership.

Samantha Henderson, communications officer for the Southwest California Synod, contributed to this story. Janet Kawamoto is editor of The Episcopal News.