Order of the Holy Cross to close Santa Barbara monastery and retreat center, prior says 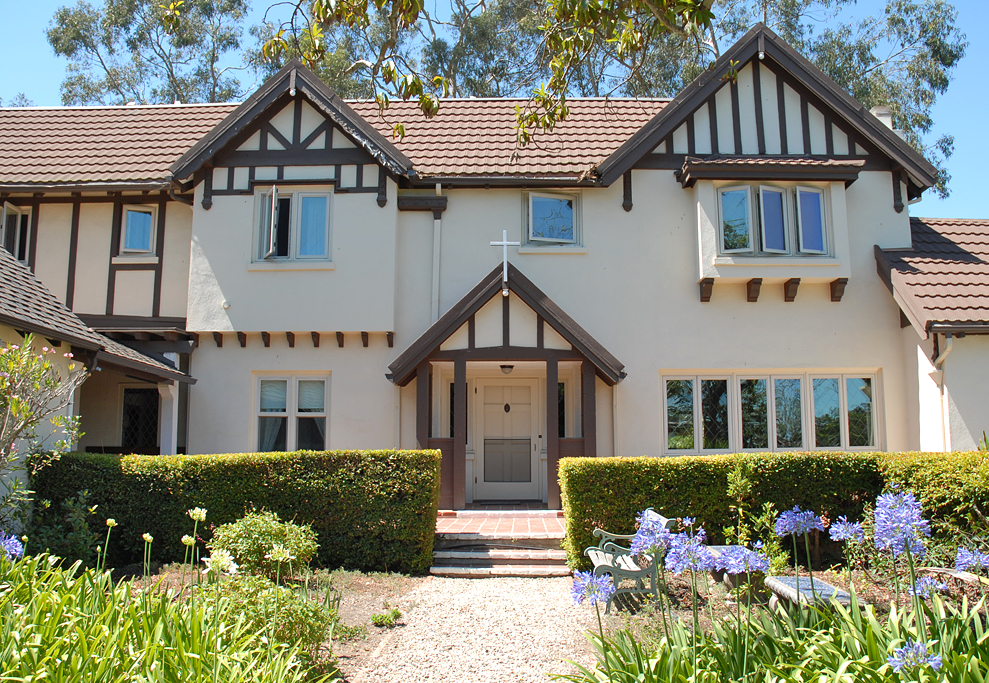 Mt. Calvary Monastery and Retreat Center, home of the Santa Barbara branch of the Order of the Holy Cross, will close permanently in May of 2021, according to a July 11 message from Adam McCoy, prior.

Mt. Calvary, the Santa Barbara monastery and retreat center of the Order of the Holy Cross, will close in 2021, ending more than 70 years of ministry in the Diocese of Los Angeles, according to a July 11 letter from Prior Adam McCoy to OHC associates and supporters.

The directive to close the monastery came from Br. Robert James Magliula, superior of the order, and stemmed less from financial need than from the dwindling number of monks available to staff the retreat center. OHC members at the Santa Barbara facility are Brother Will Brown, who will be 94 on July 13; Brother Thomas Schultz, who is 85, and McCoy, age 72.

As quoted by McCoy, Magliula wrote, “At our annual Chapter [meeting] in June we had frank discussions around the fragility of some of our houses and the need to focus our attention on the Order, which is overextended in four locations and three countries. The frailest of the houses is Santa Barbara. The three brothers there have done an admirable job at living the life faithfully and carrying on an extensive guest ministry. This has been accomplished, despite less-than-optimal conditions of age and health, under Adam’s leadership.

“Directed by the Chapter to make a long- and short-term plan, the Council has decided to close Mt. Calvary Monastery no later than our Chapter in 2021, and withdraw from the Diocese of Los Angeles. We have ministered in Santa Barbara and on the West Coast since 1947. At this point in our history, it is just not sustainable to maintain four houses. This is especially true with a growing number of elderly brothers who would be better served in our Assisted Living, which will be expanded in West Park,” the order’s New York headquarters.

McCoy emphasized that the monks will honor their existing retreat commitments and that their staff have pledged to remain with the monastery until it closes. “Through the end of December, 2020, we will continue to function as we have,” he wrote. “From Jan. 1 through Sun., Feb. 14, 2021, we will welcome both individuals and groups. During Lent, beginning with Shrove Tuesday, Feb. 16, 2021, we will welcome individuals only. After Easter, April 4, we will close to retreatants and begin the necessary work to be able to move out by May 31.

“There will be many opportunities for us to share personally over these coming twenty-two plus months,” McCoy continued. “There will also be several public celebrations of OHC’s more than 70 years of ministry. I pray that we will all take the time to give thanks to God for the incredible blessing Mount Calvary has been, in so many ways for so many people and for so many years.”

“Hearts all over the diocese are saddened by this news,” said Bishop John Harvey Taylor of the Diocese of Los Angeles. “Mt. Calvary is a place of welcome, fellowship, prayer, deep silence, and profound learning. As with the Order of the Holy Cross, our first priority is the care of Brs. Adam, Will, and Tom as well as the lay employees. As for what happens at Mt. Calvary after mid-2021, we look forward to conversations with OHS and other potential partners about what might be possible.”

“My heart hurts as I imagine this beautiful place no longer available to us,” Sister Greta Ronningen, a monk of the Community of Divine Love, San Gabriel, told The Episcopal News. “I’m surely not alone. I have been leading annual yoga and silent retreats there for the last nine years. I will miss dropping into the prayer life of my big brothers and eating the delicious food of our beloved Louis. I will miss sharing a meal with the brothers as they weigh in with joy and wisdom. Nothing can or will replace the sense of a home away from home that I feel when I arrive there.”

The future of the monastery property has not yet been determined. The brothers moved their residence and retreat ministry to the present site next to the old Santa Barbara mission after a devastating fire in 2008 destroyed their scenic Spanish colonial-style monastery, which had been in operation since 1947. Although they first hoped to rebuild on that site on a bluff overlooking Santa Barbara, the projected cost was deemed to be prohibitive, and the property was sold.

“This is what happens. Change happens,” said Ronningen. “And we can only accept with grace what was undoubtedly a difficult decision. We can hold our memories like jewels in our hearts as they are our treasure. We can pray for the brothers as they approach the changes ahead.”

Holy Cross, an Anglican/Episcopal Benedictine order, was established in 1884 and is centered at its monastery in West Park, New York. Other monasteries are located in Toronto, Canada, and in Grahamstown, South Africa.

This story was updated on July 13 with a comment from Bishop John Harvey Taylor.