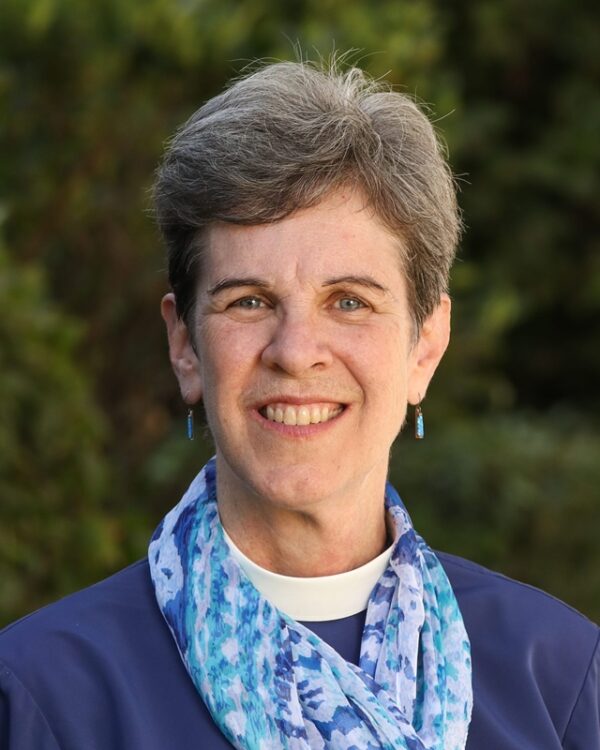 [The Episcopal News] In a move intended to support and expand the ministry of chaplains in the Diocese of Los Angeles, Bishop John Harvey Taylor has appointed the Rev. Betsy Hooper-Rosebrook as its first-ever dean of chaplains.

Taylor made the announcement at the Oct. 8 “Building Spiritual Vitality” fundraiser at the Episcopal residence for the diocese’s new Center for Lay Chaplaincy and continuing PRISM ministry for jail chaplains – an event Hooper called “fabulous, inspiring, encouraging, exciting.”

The core idea of the new dean of chaplains, Hooper told The Episcopal News, is to foster mutual support, “but also to connect to people for networking, for education and training, for shared and intersecting interests. And then raising awareness for ministries of chaplains around the diocese; to invite prayer and support, but also to offer possibilities for people for whom it might be their ministry – things that people never thought of.”

She listed the various places where chaplains serve – prisons, hospitals, schools, colleges, military, camp, senior and assisted living – and, she said, “all the other places and ways that people of faith are making themselves available to listen, to love, to be with people. 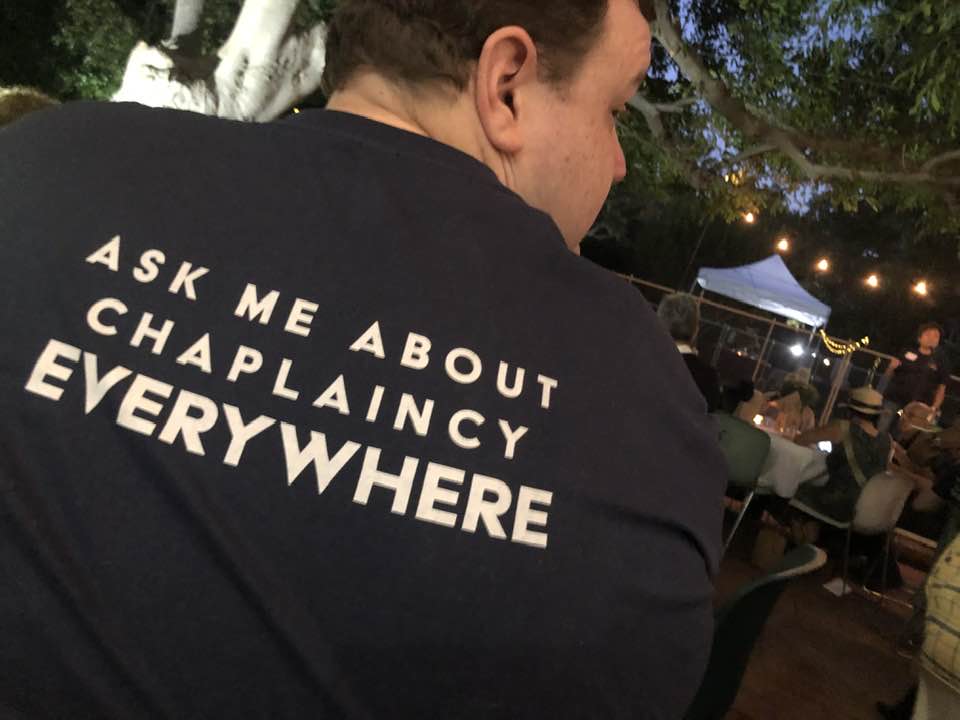 An attendee at the Oct. 8 CFLC/PRISM fundraiser offers his expertise. Photo: John Taylor

That’s a big picture, she admitted, and she still has a full-time job as chaplain and associate at St. Mark’s Church and School in Altadena, a position she has held for more than 23 years.

“That’s why it’s good to start with a big vision, but small steps,” she said. “The first small step is reaching out to the people I’m aware of that are doing chaplaincy in some of those settings as a fairly focused ministry. Just this week I have Zoom meetings with three different groups of chaplains. Most of us don’t know each other. Let’s just get acquainted and hear from each other, share a little bit.”

Hooper briefly addressed the CFLC/PRISM event on Oct. 8. “I told them that chaplains meet all kinds of people in all kinds of places at all kinds of times,” she said. “And the gift that chaplains have to offer is that we slow down enough to listen and we encourage questions without trying to provide answers, and we make space for people’s feelings.

On the other extreme, chaplains in most settings deal long-term with students and their families in schools and colleges; prisoners with long sentences; staff in schools, hospitals, in assisted living settings, in the military. “Supporting the people who are supporting or training or caring for other people is a big and wonderful part of chaplaincy in many cases,” she said. 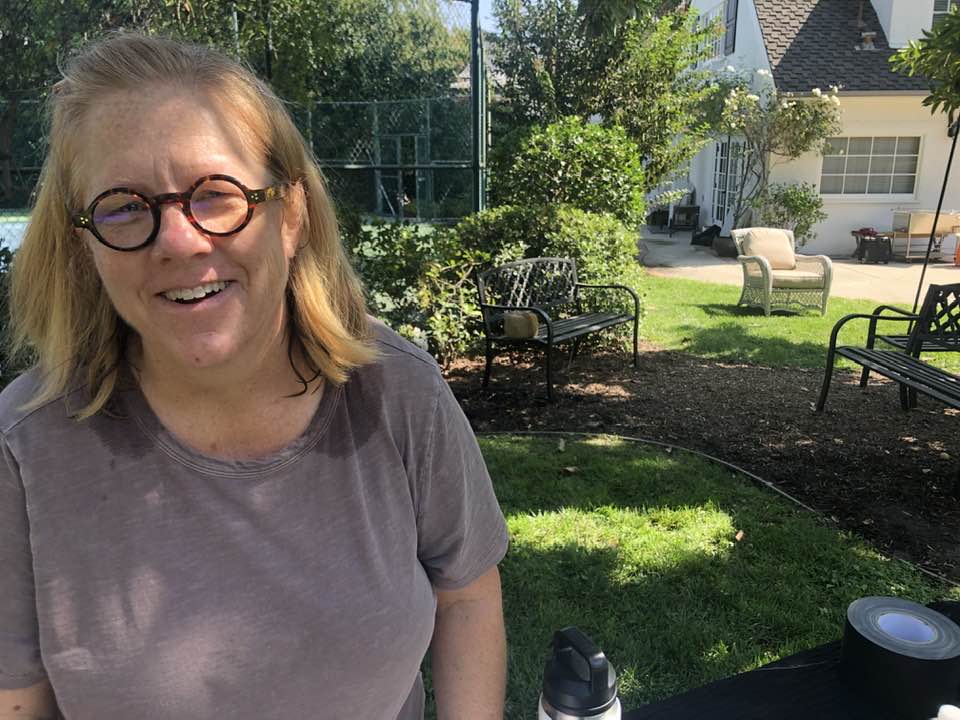 Jana Milhon-Martin, director of the Center for Lay Chaplaincy, is working to bring lay chaplains to unusual venues such as food banks and community service centers through CFLC’s Chaplaincy Everywhere and CPE for Everyone programs. Photo: John Taylor

Hooper lauded the work of the Rev. Jana Milhon-Martin, director of CFLC. “She’s just doing amazing things to remove obstacles to training people for chaplaincy and saying, ‘hey, this is possible for you, too’ — which I find quite exciting.” (An Episcopal News story about CFLC is here.)

Hooper was born in the San Fernando Valley and graduated from Pitzer College in Claremont. She holds a master’s degree from General Seminary in New York and was ordained to the priesthood in 1988. Before taking her current position at St. Mark’s she was an associate priest at St. Luke’s, Monrovia and St. Columba’s, Camarillo and vicar of St. Thomas’ Church, Hacienda Heights. She has been married since 1992 to Thomas Rosebrook; the couple has two adult sons and a granddaughter.

Hooper looks forward to working with CFLC, PRISM, the Commission on Schools, Episcopal Communities & Services, Canterbury clubs for college chaplaincy and all the other systems where chaplains work.

“To be invited to do this work is a real privilege,” she said.

Hooper may be reached at chaplains@ladiocese.org.