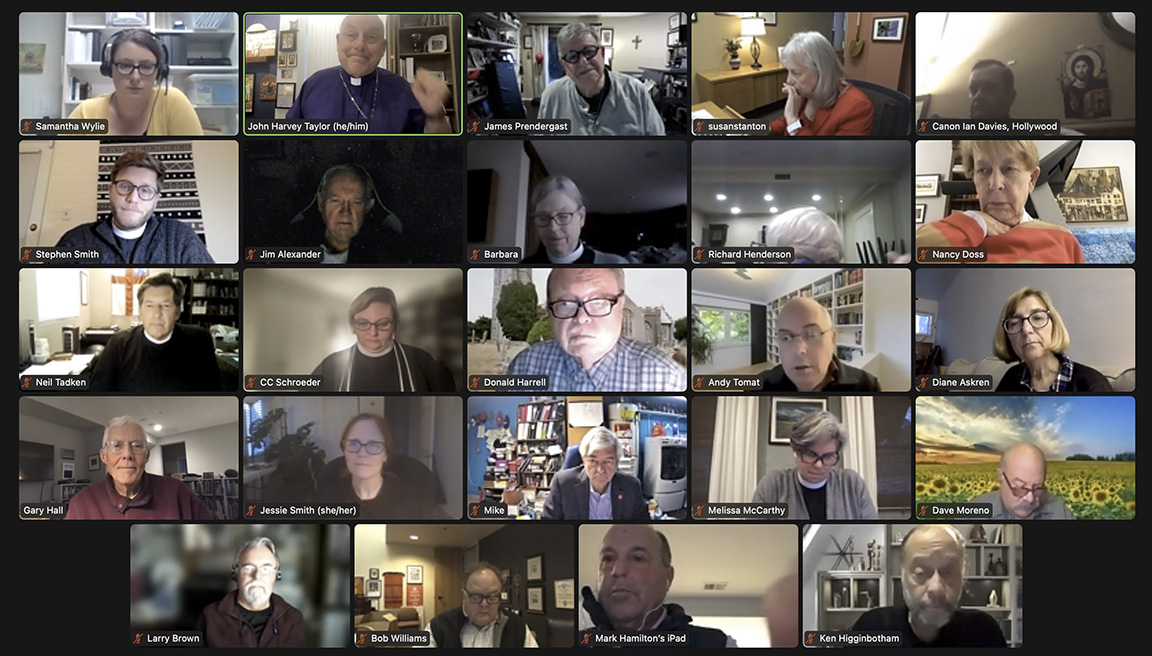 Diocesan Council gathers via Zoom on Jan. 12 for its first meeting of 2023. (Some council and diocesan staff members who attended the meeting were not visible on Zoom, and are not pictured.)

[The Episcopal News] Bishop John Harvey Taylor’s vision for the Diocese of Los Angeles includes affordable housing on at least 25% of church campuses; the prayerful hope that he and fellow diocesan leaders will be able to find the resources for staff support to facilitate those partnerships as well as for fundraising; and accommodating the changing shape of Sunday worship, he said at the Jan. 12 meeting of Diocesan Council.

Taylor also expects to hold a diocese-wide conversation in 2023 about parishes meeting the mandatory canonical assessments of at least 12% of their normal operating income from two years’ prior, which will aid in strategic financial planning. Mission congregations are required to give 10% of their annual plate and pledge, plus 5% in other assessments.

“It is so important to what we do, that we put this institution on a firm, reliable and transparent rock-solid foundation,” Taylor said. “The mandatory assessment piece, as it’s been described, has to do with fairness because most parishes do meet their requirement. This is coming into line with churchwide practice and takes the guess work and chaos out of budgeting.”

Canon Andy Tomat, diocesan treasurer, had reported a slight 2022 year-end shortfall in mission share fund collections from congregations. “We ended the year with $4,124,000 in MSF cash payments, which is $126,000 (3%) less than our budget,” he said. Past-due commitments from current and prior years total about $954,000, although some progress is being made in assisting congregations to addressing these shortfalls and to move closer to the 12% requirement in the year ahead, he said.

Taylor has also pledged to build affordable housing on 25% of the diocese’s 128 church campuses, benefitting both the community and the congregations. “In almost all cases, it would enable missions or parishes to get ground lease revenue.”

Two projects are currently under construction; the Santa Angelina affordable senior housing community at the Church of the Blessed Sacrament in Placentia with 65 affordable apartments for seniors who are or who are about to become homeless, and a similar project with 50 units for at-risk families at St. Michael’s Ministry Center in Riverside. 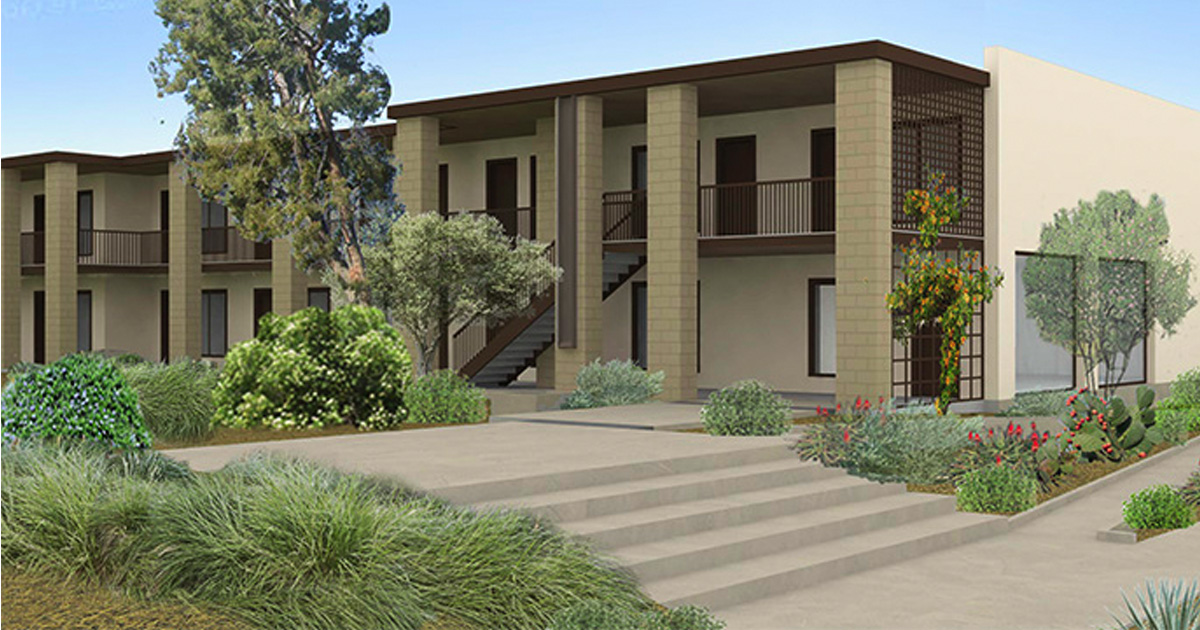 Another, the Orchard View Gardens Complex at St. Joseph’s Church in Buena Park, is about to break ground and will provide 66 new affordable apartments for those aged 62 and older.

“We have ten more projects on the drawing board; some are further along than others. With those, there are ten or 20 more where they came from.”

Staff currently are spending a great deal of time working on ground leases, but “we need somebody working on housing projects at our churches full time,” he said.

“So, if someone in your church is interested in working on housing, they need somebody here to call who will be onsite within the week to walk the property and talk about what it takes to get affordable housing on a church campus and to provide ground lease resources and housing for our neighbors who have nowhere to lay their heads.

“The best thing this diocese can do to address the housing crisis in the Episcopal Diocese of Los Angeles and in our region is to build housing.”

The “Generation to Generation” capital campaign remains viable, and “the Corporation of the Diocese is doing some assessments early in the year about how they think the campaign is going,” Taylor reported to council.

But “part of the problem is we’re running a campaign without a development department,” he said. “We are an $11.5 million nonprofit organization, operating 180 institutions in 5-1/2 counties, and they deserve to have the financial support that they need, and eventually that is going to require us to create a diocesan fundraising office.”

Canon Kathy O’Connor, who is married to Taylor, as a volunteer organized the Jan. 14 dinner honoring Presiding Bishop Michael Curry, he said, with all proceeds benefiting the Mission Share Fund. The current phase of the One Body & One Spirit Annual Appeal, which provides grants to missions, parishes and diocesan ministries, has raised nearly $250,000. Launched during COVID, the prior emergency appeal raised $366,653, bringing the total to more than $600,000 contributed for congregational and institutional grants, all without a development department, Taylor told The Episcopal News later.

Sunday worship may be changing

Some churches of the diocese may come to a place where they can’t afford a full- or even part-time priest, Taylor said. But that won’t mean they have to close. They can remain just as active as they are now, offering ministry and fellowship to one another and serving their communities, for instance, by offering morning prayer on Sundays with well-trained lay leaders as presiders.

“We can have fewer Sunday morning paradigm churches and yet remain active in every one of the 128 neighborhoods we are active in now,” Taylor said. He recalled the 1928 prayer book practice, when Holy Eucharist was celebrated only once a month.

“If we don’t have to have a priest doing Holy Eucharist in a church every single Sunday, we can keep worship going there … instead with well-educated lay leaders, who can lead worship and also preach the word of God in a sermon reflecting Anglican-Episcopal values as understood in our diocese.”

That training will come from Bloy House, the Episcopal Theological School at Los Angeles, which is being transformed “into a national leader in lay leader formation and diaconal education, because deacons and well-formed and educated lay leaders are going to be key to the rock-solid stability of The Episcopal Church in the second half of this century,” Taylor said.

Currently, about 25 people across the diocese are discerning calls to the vocational diaconate.

“We will do ministry in a different way; we will really live into the fact that all of our orders are co-equal – priest, deacon, lay leader. It is vital that the church remains active in all the neighborhoods it exists now, he said.

“So, let’s not listen to the pessimists. Let’s just go forward on all fronts and do the work the Holy Spirit has given us to do.”

Taylor stressed to the News later that the only way to make well-discerned decisions about changing the types of worship offerings at missions and parishes is to work with congregational leaders themselves. As he did at convention in November, he said that Canon to the Ordinary Melissa McCarthy is undertaking a diocesan-wide listening and resource inventory process. “We have some ideas we want to share, but no settled plans at all,” Taylor said. “We want to begin with what those doing ministry in all our neighborhoods think will work best.” 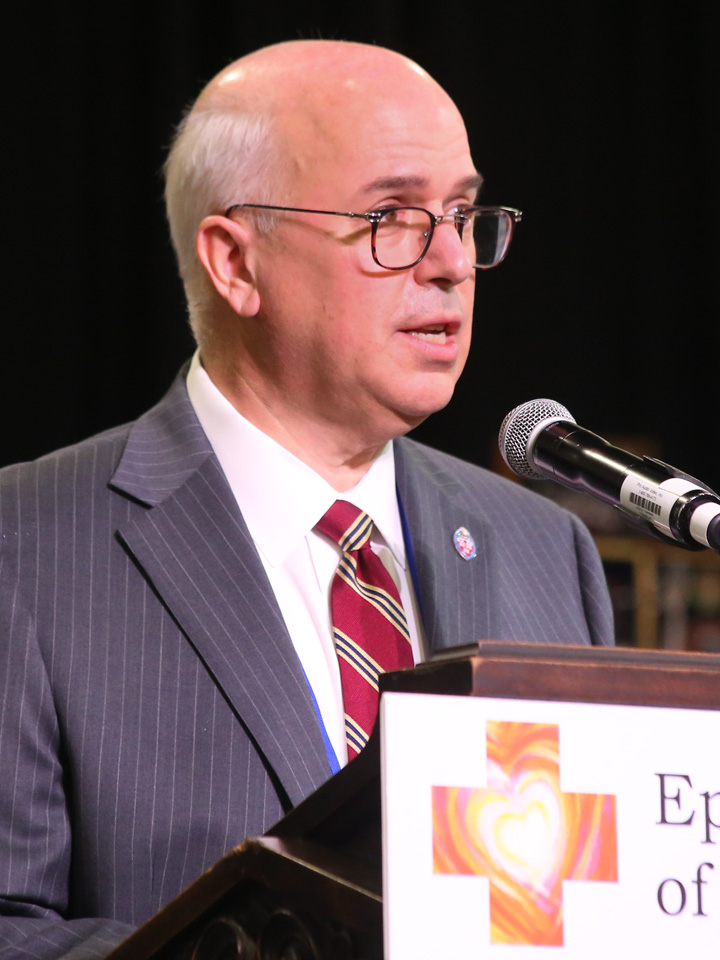 Tomat reported an income shortfall of $650,000 for 2022, in part stemming from $200,000 in unrealized administrative cost reimbursements from diocesan grant-funded programs and fewer grant dollars than anticipated. For example, Seeds of Hope, the diocesan food justice ministry, received $100,000 less in grant income than expected. IRIS, the diocesan Interfaith Refugee and Immigration Service received about $300,000 more in grant income than planned to assist with refugees from Ukraine and elsewhere.

“This income shortfall is offset somewhat by some spending reductions resulting in a $583,000 deficit through November,” said Tomat. “I don’t expect much of this to be recovered, so we will be draining our limited remaining cash resources to cover it.”

Taylor said “realistic optimism” inspired budget planners to set a $4.25 million budget goal in 2022, which “was a bit of a reach. We knew it was a recovery year from covid and would be hard … but, to come within $126,000 of the $4.25 million projection is in its way a testament to the generosity of our places.”

In other council news:

Diocesan Council will meet again Feb. 9 at 4 p.m. via Zoom.