All are welcome to attend the 90-minute town hall featuring panelists from Jerusalem and the United States “who hold expertise related to geo-politics in Israel/Palestine, land annexation, the Palestinian Christian community, and U.S. advocacy related to the Middle East,” planners say.

Designed to “introduce leaders in the Diocese of Los Angeles to key issues that deter peace and justice in Jerusalem and Israel/Palestine,” the town hall will provide key background to convention delegates and the wider diocesan community in advance of Naoum’s keynote address in Riverside.

Los Angeles Bishop John Harvey Taylor will welcome participants to the town hall set to amplify Diocesan Convention’s theme, “Back to the Holy City: The Hope of Christ in Our Time,” and to add context to the companion-diocese relationship shared by Jerusalem and Los Angeles.

There is no charge for the webinar, and attendees are asked to register here.

Invited panelists include the following: 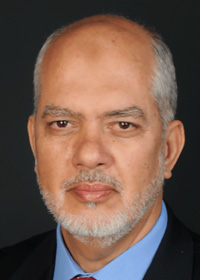 Mustafa Abu Sway is a member of the Hashemite Fund for the Restoration of Al-Aqsa Mosque and the Dome of the Rock, the Royal Aal al-Bayt Institute for Islamic Thought, and the Islamic Waqf Council in Jerusalem. Featured on the Muslim 500 list of the world’s most influential members of the faith, Abu Sway was appointed as the first holder of the Integral Chair for the Study of Imam Al-Ghazali’s Work at the Holy Al-Aqsa Mosque and at Al-Quds University in 2012 (HM King Abdullah II Endowment). He teaches Imam Al-Ghazali’s magnum opus on Islamic spirituality, The Revival of Islamic Sciences (Ihya’ ‘Ulum al-Din) six days a week at Al-Aqsa Mosque. He has been a professor of philosophy and Islamic studies at Al-Quds University in Jerusalem, Palestine, since 1996. He was a visiting professor at Bard College, New York (2008-2010). Abu Sway earned his Ph.D. from Boston College and is the author of three books on Imam Al-Ghazali. 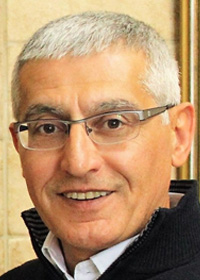 Yusef Daher, coordinator of the Jerusalem Liaison Office of the World Council of Churches, previously served as the executive secretary of the Jerusalem Inter-Church Center of the Heads of Churches of Jerusalem in association with the World Council of Churches and the Middle East Council of Churches. He was a contributing author to the Kairos Palestine Document “Moment of Truth,” a word of faith, hope and love from the midst of Palestinian suffering. He assisted with media during Pope Benedict XVI’s visit in May 2009 Pope Francis’ most recent visit. Daher is a licensed travel and tourism expert and holds a master’s degree in pilgrimage and tourism from London Metropolitan University. 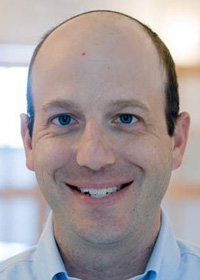 Rabbi Daniel Roth is the director of the Religious Peace Initiative (RPI) with Mosaica, where he oversees a network advancing both religious peace and mitigating crisis situations. Roth is a core faculty member at Bar-Ilan University’s Graduate Program for Conflict Management, Resolution and Negotiation and at Tel Aviv University’s International Program in Conflict Resolution and Mediation. His book, Third-party Peacemakers in Judaism: Text, Theory, and Practice was published by Oxford University Press in 2021. Roth earned a Ph.D. from Bar-Ilan University’s Graduate Program for Conflict Management, Resolution and Negotiation, a master’s degree in Talmud from Hebrew University, a bachelor’s degree in Jewish philosophy from Herzog Teachers’ College, and studied for eight years in Yeshivat Har-Etzion, during which time he received Orthodox rabbinic ordination. Roth has served as a senior research fellow at George Mason University’s Center for World Religions, Diplomacy and Conflict Resolution. Before joining Mosaica, he was the founder and director of the Pardes Center for Judaism and Conflict Resolution. 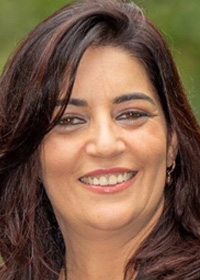 Suha Salman-Mousa is co-director of Mossawa, the Advocacy Center for Palestinian Arab citizens of Israel, which promotes Palestinian Arab rights and a democratic society. She develops and manages Mossawa’s parliamentary, legal, international and media advocacy for advancing the rights of Palestinian Israelis, focusing on strengthening community work. In recent years, Salman-Mousa has led the initiative to establish Friends of Mossawa in the United States, promoting the center’s work abroad. She earned a bachelor’s degree in business administration and an MBA degree (non-profit organizations) from Haifa University. 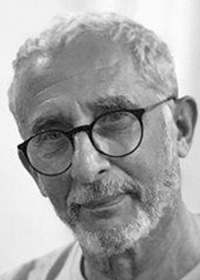 Daniel Seidemann, who has lived in Jerusalem since 1973, has been a member of the Israeli Bar Association since 1987 and a partner in a firm specializing in commercial law. Since 1991, he has focused on the geopolitics of contemporary Jerusalem and the Israeli-Palestinian conflict. Along with his colleagues at Terrestrial Jerusalem, an NGO that he founded, Seidemann is frequently consulted by senior decision-makers and governmental bodies in Israel, Palestine, and in the international community on matters pertaining both to unfolding developments in Jerusalem and to broader issues relating to a permanent status agreement. He has participated in numerous Jerusalem-related projects, colloquia, and track-two deliberations and has led ongoing discussions on Jerusalem within the Arab world and with Christian faith communities and diaspora Jewish communities in North America and Europe. In 2010, Queen Elizabeth II awarded him the title of honorary Member of the Order of the British Empire in recognition for his work in Jerusalem.

The panel will be moderated by Kyle Cristofalo, CMEP’s director of advocacy and government relations.

Further information about the town hall may be requested from CMEP or the diocesan communications office at media@ladiocese.org.