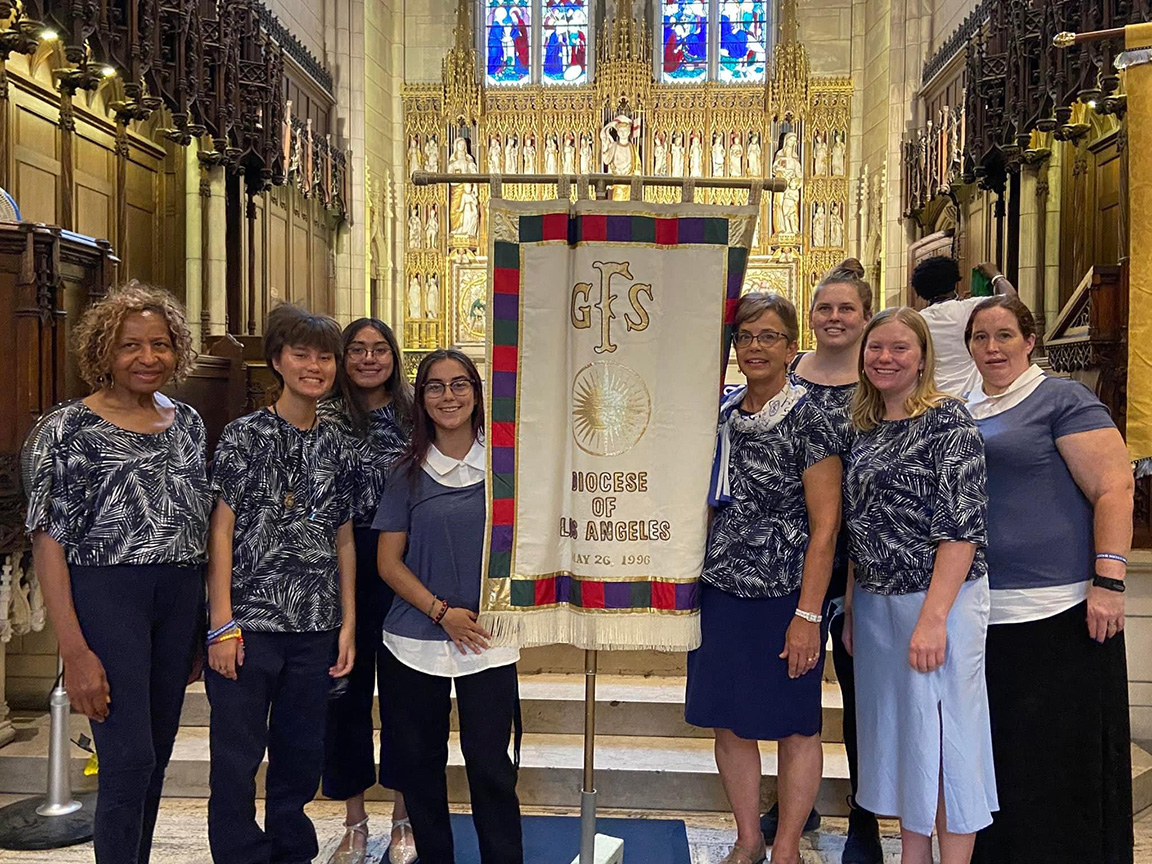 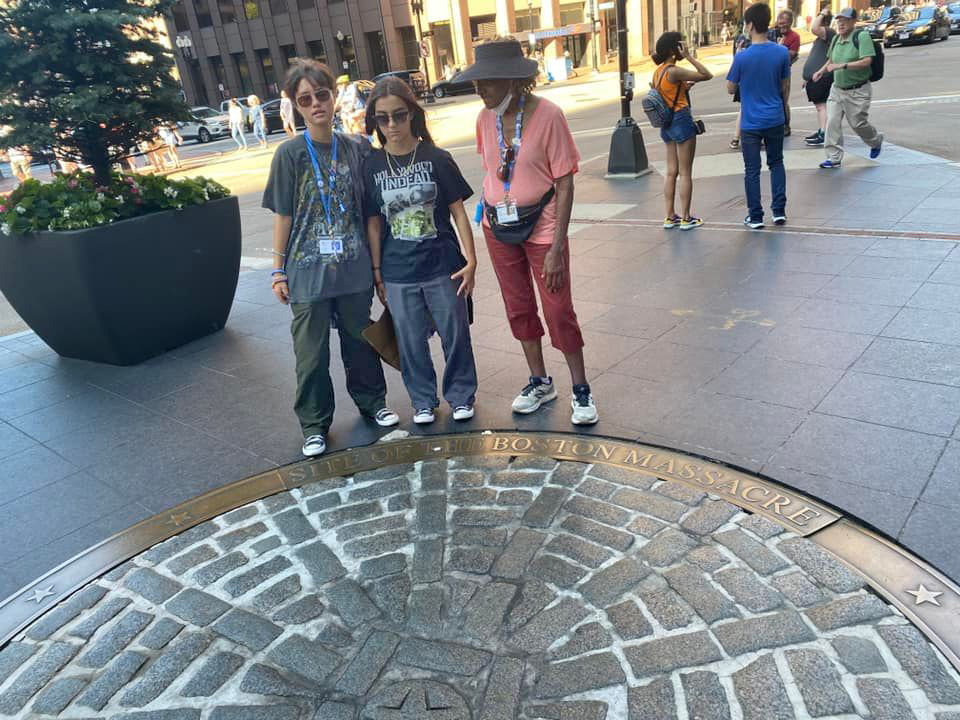 [The Episcopal News] Four Girls Friendly Society members from the Diocese of Los Angeles and four adult leaders joined girls from all over the United States and beyond for fun, fellowship and service at GFS-USA’s 2022 National Assembly, held at Simmons University in Boston, Mass.

According to Margaret Nolde of St. John the Divine Church, Costa Mesa, GFS-LA president, the assembly is held once every three years to hold elections, take care of the organization’s business, engage in fellowship, perform community service, worship, and enjoy the sights.

Girls Friendly Society began in 1875 in England as an Anglican Church-related support organization for girls who had left their homes to work in cities, whether in factories and mills or as domestic servants. GFS offered the girls instruction in religion, appropriate activities for their free time and opportunities to make friends. In the United States, Elizabeth Mason Edson, daughter of an Episcopal church rector, established a GFS branch in 1877 to serve working girls in Lowell, Massachusetts.

GFS is now a worldwide Anglican/Episcopal organization serving girls from ages 5 to 21, organized in congregation-based chapters. Modern-day members take part in service projects, learn about the Christian faith, earn merit badges and, as always, have fun together. Eight chapters are active in the Diocese of Los Angeles. 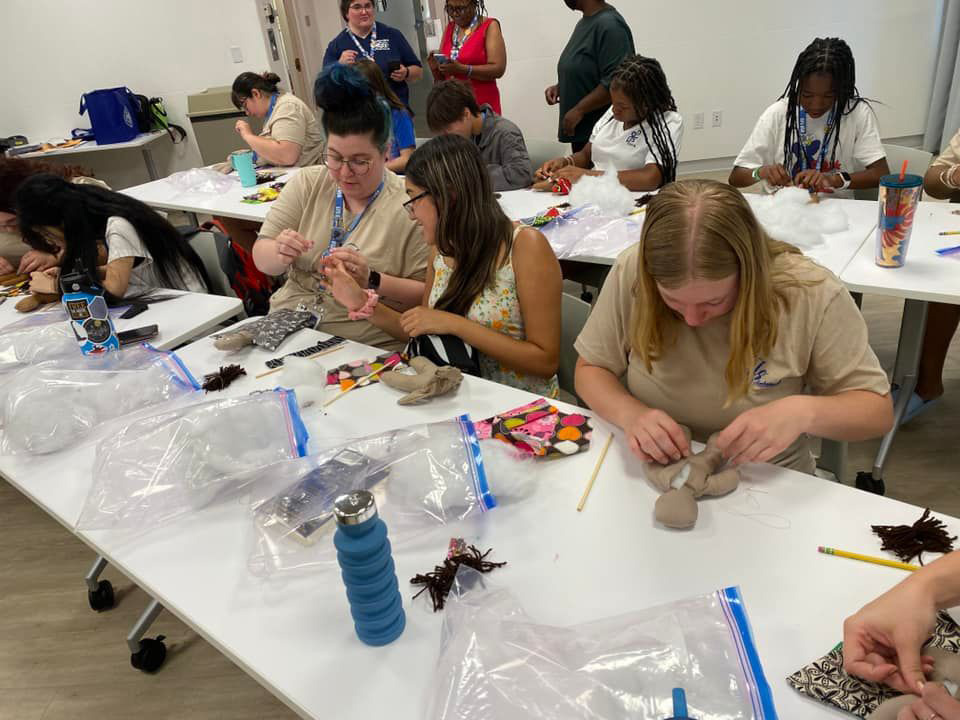 Above and below left: Girls work on dolls to be given to AIDS orphans in Haiti through the Los Angeles-based “Dolls of Hope” program. Photos: Margaret Nolde 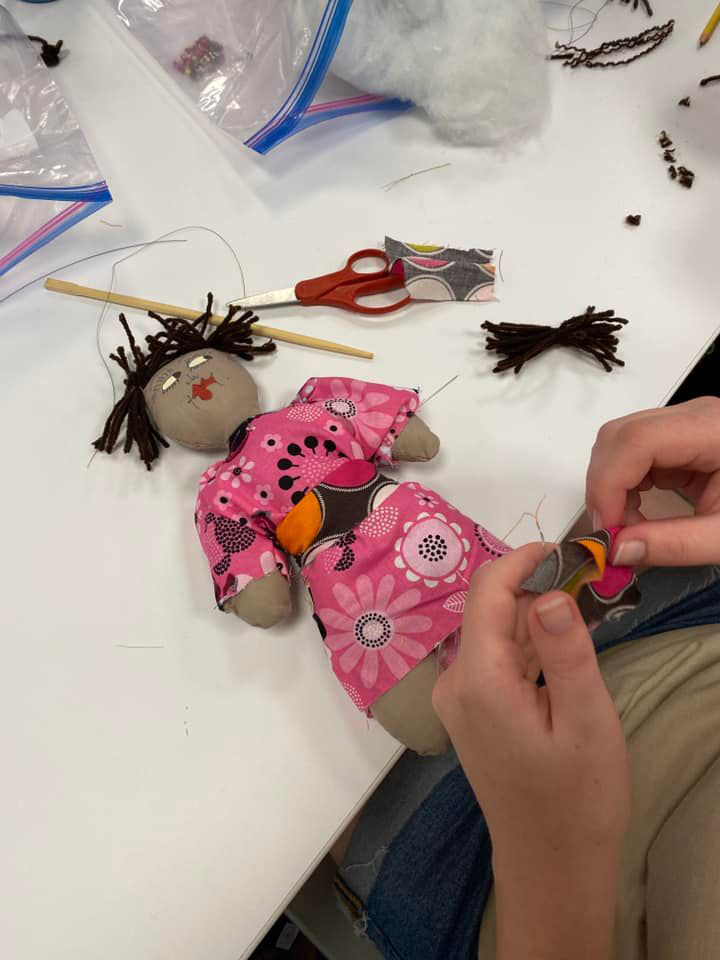 Members of the Los Angeles team were involved in GFS leadership on the national level. Watson and Claire served on subcommittees; Nolde has just completed two terms as GFS-USA treasurer. Each diocese is allowed one (adult) voting delegate; Watson filled that role for Los Angeles.

In addition, Watson organized a project for GFS girls to create cloth dolls that will be distributed to HIV/AIDS orphans in Haiti by Cynthia Davis of the Los Angeles-based AIDS Healthcare Foundation and Drew Medical Center through her “Dolls of Hope” program. Davis taught the girls to make the dolls through a webinar arranged by Watson.

Among other activities, delegates brought pins representing their diocese or area to trade with their new friends. Nolde, though the Episcopal News Update, asked fellow Episcopalians to contribute pins for the GFS-LA girls to share. “We really appreciate everyone who sent us pins,” said Nolde. “We are very grateful for everyone’s support.” She especially thanked Gary Leonard, a member of the Tournament of Roses, for providing Rose Parade pins, which were popular with participants.

Delegates attended a baseball game at Fenway Park, and visited the textile mill museum in Lowell, Mass., which shows the looms that were often staffed by young girls whose plight inspired the first GFS group in the United States. 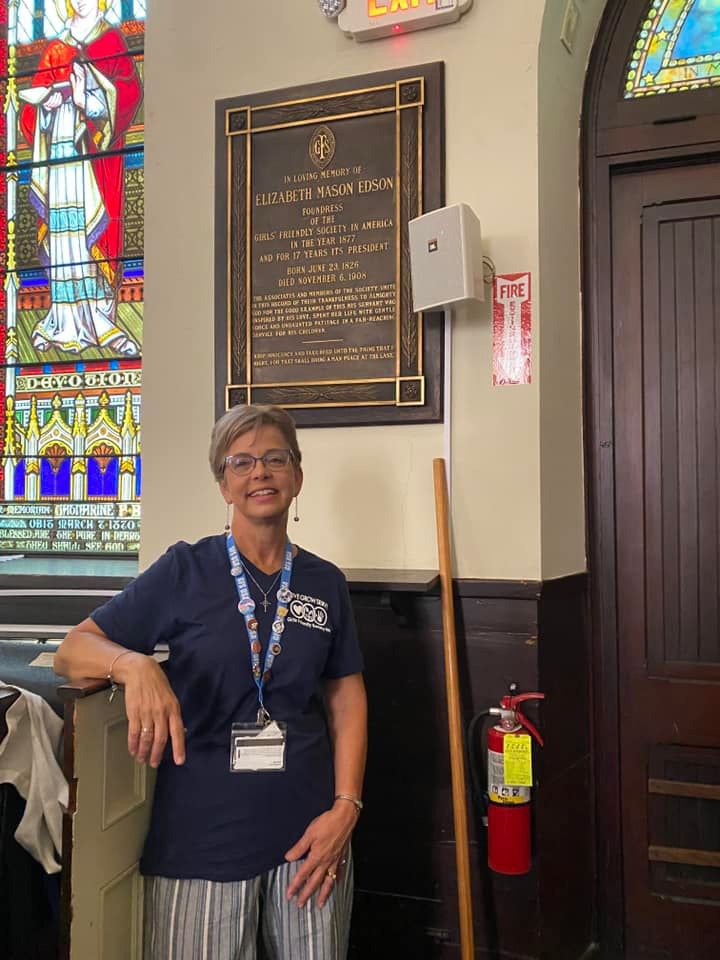 “The girls all received support to travel to National Assembly from their branches, GFS- Los Angeles, and GFS-USA,” said Nolde. “When the girls wrote their personal statements about the trip, they specifically mentioned how much they enjoyed meeting girls from other parts of the country. They also stated that this experience helped them become more comfortable with meeting new people and trying new things. For some, attending National Assembly is the first time on a plane or the first extended stay away from family. It also gave them an idea of what it will be like to attend college, since we were on a college campus and they were able to participate in a tour of the campus.”

The girls spent some time in New York City during their return, but what was supposed to be an eight-hour layover there turned into a rainy 32 hour stay due to a cancelled flight. They managed to visit the Empire State Building and other sights during their extended layover.

Additional photos from the trip are on the GFS-LA Facebook page. More about GFS is here. 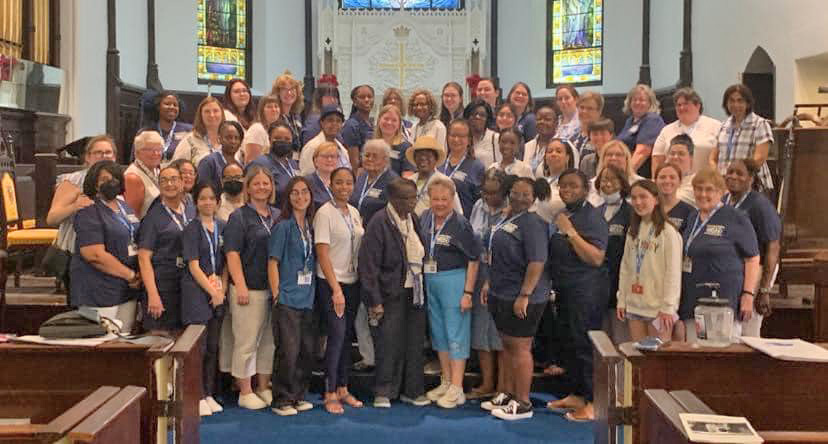