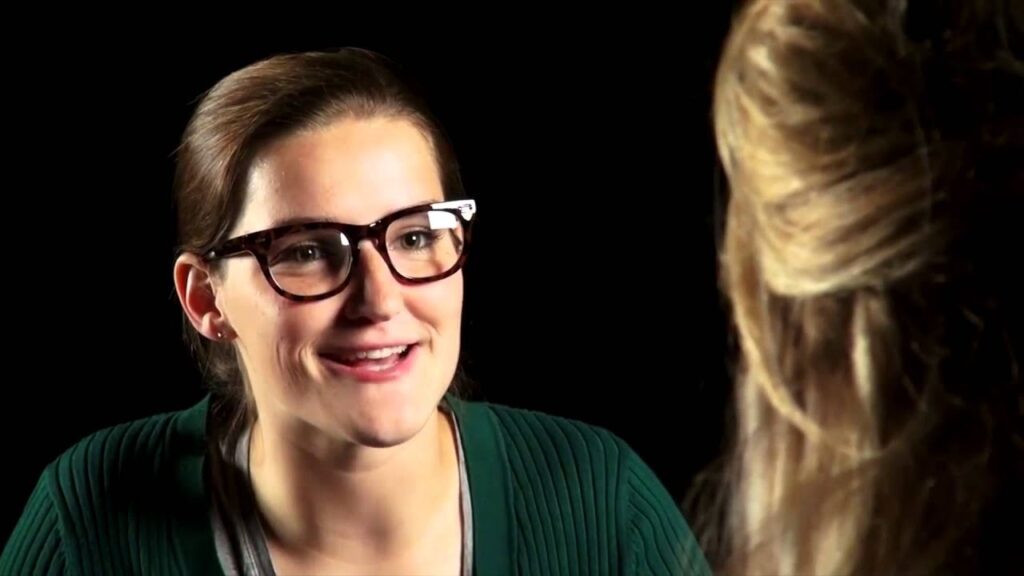 Honesty is a recurring refrain in the lyrics, music and life of Grace Semler Baldridge, who recently landed briefly at the top spot on the Christian music chart but wasn’t entirely sure how a queer Episcopal preacher’s kid and recent member of the St. Aidan’s, Malibu, vestry arrived there.

“I do my songwriting while walking my dog,” whose name is Willie Nelson, she told The Episcopal News recently. She is known professionally as Semler, a name she loves because of its gender neutrality.

“Ever since I was little, I heard jingles in my head,” she said. “When I got older, I started teaching myself instruments and I recognized that I could flush out the jingles and turn them into songs.”

Her recently released “Preacher’s Kid” extended-play mini-album – which she recorded at home on a USB microphone and released via the Internet – mirrors the challenges and complications of wrestling with faith and sexuality, and striving for authenticity, interwoven with a feisty talent and robust hilarity.

Christian music may traditionally be conservative, but Baldridge’s songs about growing up a gay preacher’s kid, cleaning up after communion, youth group lock-ins, and even mission trips, land it squarely inside “the only honest genre to put it in, Christian. Just because it doesn’t align with the majority, often unexamined experience of the divine, doesn’t make it less of a Christian project,” she says emphatically.

“And if you have a problem with me swearing and being gay,” it’s still an expression of her Christianity.

The lyrics to her song “Bethlehem” capture moments that inspired her to stop what she called the “method acting” she’d done for decades and to start living her best life:

I’m a child of God, just in case you forgot.
And you cast me out every single chance that you got
And that’s your loss not mine, I’ll be better than fine
You just missed your shot to meet the unholy divine.

They also include some of the angst:

The struggle for authenticity recalled her first YouTube search of the words “gay Christian,” “alone in my room and terrified. The first videos were of conversion therapy, people offering ex-gay testimony.”

The experience of coming out felt so strange, she said. “You basically have to sit a lot of people down, not all at the same time, and tell them, ‘hey, by the way, I’ve been acting … method acting for decades, pretending to be a type of person I wasn’t. The way I dressed, the smiles and photos – I had a photo of Jude Law on my wall.”

That pretense was toxic, she said, and now, “I’m 30 but I feel like I’m 21. I’m just getting to have fun because I never was the person that didn’t drink, even when all the other underage kids were doing it. I never wanted to lose control, because I was afraid I would reveal who I really was.” 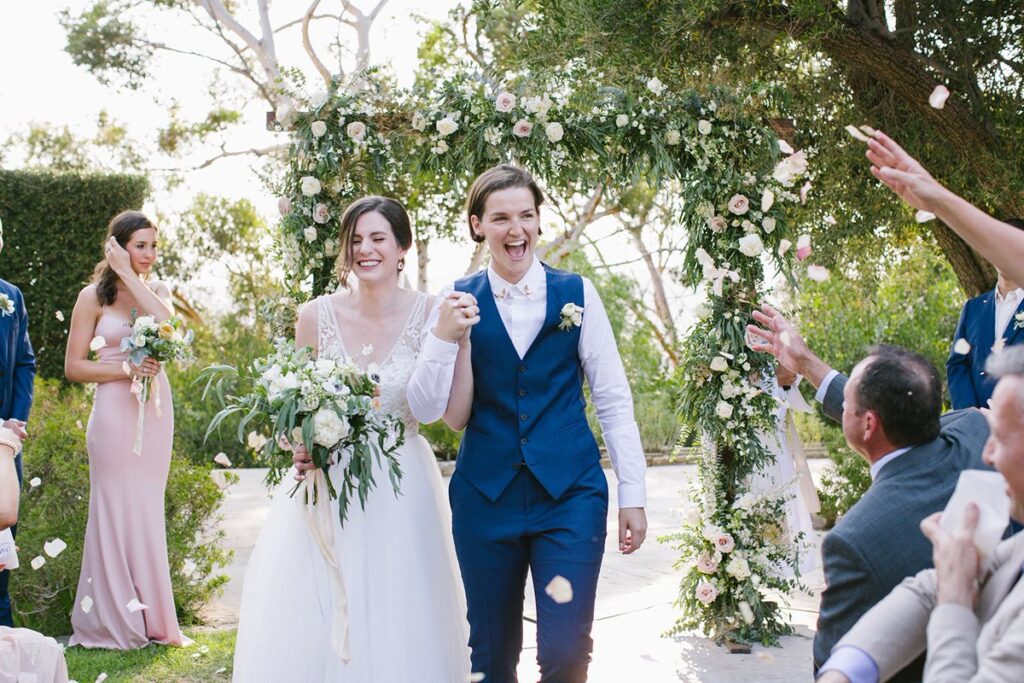 Grace Semler Baldridge and her wife, Elizabeth (Lizzie), are pictured at their wedding.

She is married to Lizzie and recently rotated off the vestry at St. Aidan’s Church in Malibu, where the couple have attended about five years. She fears that, during her vestry service, mostly she was “an agent of chaos.”

“Grace has been our emcee for Mardi Gras for a couple of years. We have a tradition of having a hat and a joke contest and she primes the crowd. Our stomachs get a real workout. I don’t know if I’ve listened to anyone who makes me laugh quite as much as she does.”

Baldridge’s ability “to be light-hearted and playful, yet talk about very serious things” came in handy during the church’s outreach to Pepperdine University’s LGBTQIA+ community, Stickney said.

At a recent outreach ministry fundraiser, “Grace stole the show,” she recalled. “She played and sang one of her songs about youth group lock-ins and we were howling away. We were clueless that she was recording them and sharing them with the world.”

Some were challenging, yet she delighted in juxtaposing others’ judgments with her given name. “As I challenge religious conventions, it’s kind of a fun thing to have people think I’m going to hell,” she said. “I’ve done interviews with people who say ‘you are going to burn,’ and they’re having to call me Grace.”

Faith – and the Episcopal church – have always loomed large, as has family; her parents, the Rev. Kempton Baldridge and Isabel, and an older brother, also named Kempton, but not a junior. Growing up, they lived in Waterloo, Belgium, where her father served as rector of All Saints Church.

Her parents now live in Paducah, Kentucky, and her father is chaplain at the Seamen’s Church Institute Ohio River Region, providing pastoral support to professional mariners and shoreside workers along the rivers in 14 states. The news of Grace’s St. Aidan’s vestry service “surprised me in a good way,” he said during a recent telephone interview. “Clearly, the church had meant something very much to her.”

Baldridge’s chart-topping performance brought her mother Isabel both joy and sadness, she told The News recently.

“So, I’m overjoyed, about that, but then it breaks my heart to hear some of the things that Grace has experienced. Going forward with her music is going to be a tough road.”

Baldridge grapples with the “effortless faith” of her parents that has sustained and grounded her when outside messages “of Christianity-at-large seeped through and created turmoil in my life. I had this really great example at home through the Episcopal tradition, that you can be chaotic and kind of a total mess but also love the Lord.”

Yearning for inclusion in youth groups and mission trips, and feeling judged, “seeps in, little by little, this sanctioned loathing for everything about myself,” she said. “It leads to damaging behaviors and hurtful relationships. I’ve finally gotten to the point where I’m more settled, but I will be unpacking certain traumas for the rest of my life. I have a sense of humor, thank God. But it doesn’t negate the harm that happened along the way.”

“She has a vocation, to share about God’s love in the way that she has experienced it and in the way that people are starving to hear it,” Stickney said. “It’s unique to her. She won’t call herself an evangelist or even a preacher, even though her music is doing that. It’s telling the story of God’s love.” 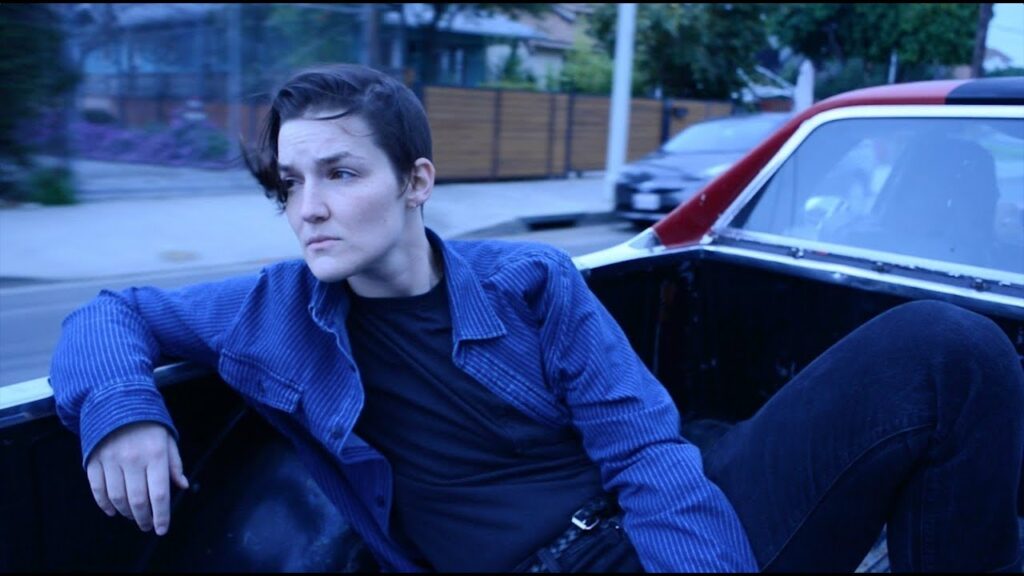 Grace Semler Baldridge appears in a still from her music video, “Before We’re Dead.”

Baldridge, on the other hand, admits to both loving the tradition and being “faithfully skeptical. I’m the person at communion who, in the back of my brain, is saying, ‘is this a cult?’

“I am saying, ‘come on, this is cult-y. And yet, when it’s just me and God at the end of the day, there I am with my prayers and I’m the person you can come in and speak to, who has been programmed to say, ‘I don’t know what I believe.’ I love those kind of conversations.”

Self-taught in guitar, bass, piano and harmonica, what Baldridge does know is that she wants to learn the banjo and eventually to hit the road and keep moving toward a goal of recording a full-length album. “I hear strings in my head and would love to commit them to tape.”

And yet … “I do believe God has blessed me with the ability to tap into some things that have been hard for me, through song and it’s been healing for me,” she said. “I am hopeful with the new visibility of Christians like myself, maybe there’s a 16-year-old out there who will have a better YouTube search.”