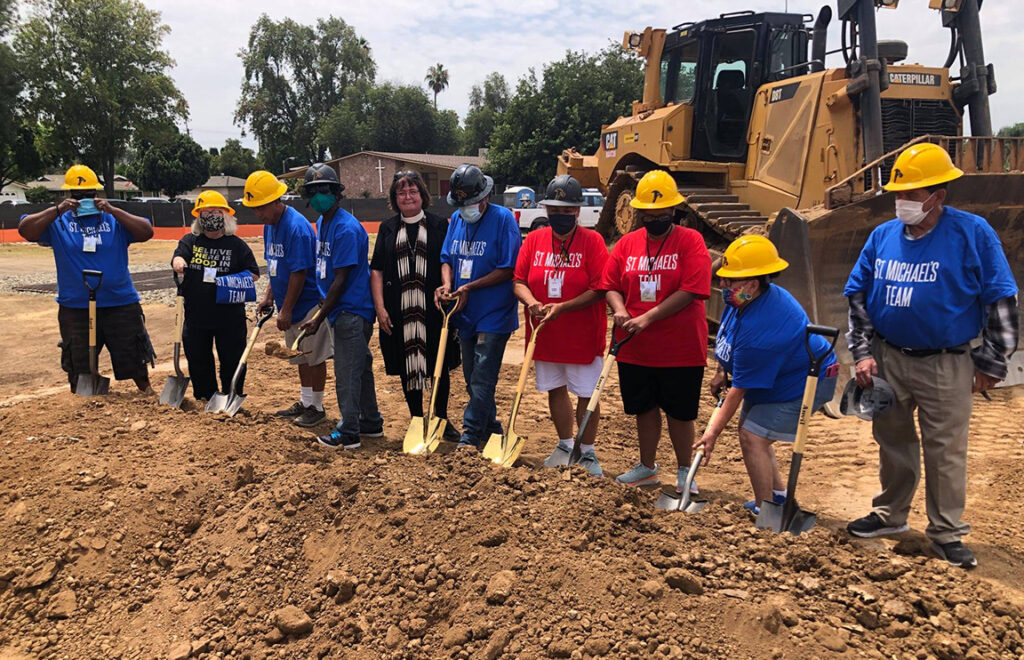 [The Episcopal News] Bishop John Harvey Taylor gathered on Aug. 11 with representatives of the Diocese of Los Angeles and its Deanery 7 to break and bless ground for an affordable housing project at St. Michael’s Episcopal Ministry Center, Riverside. 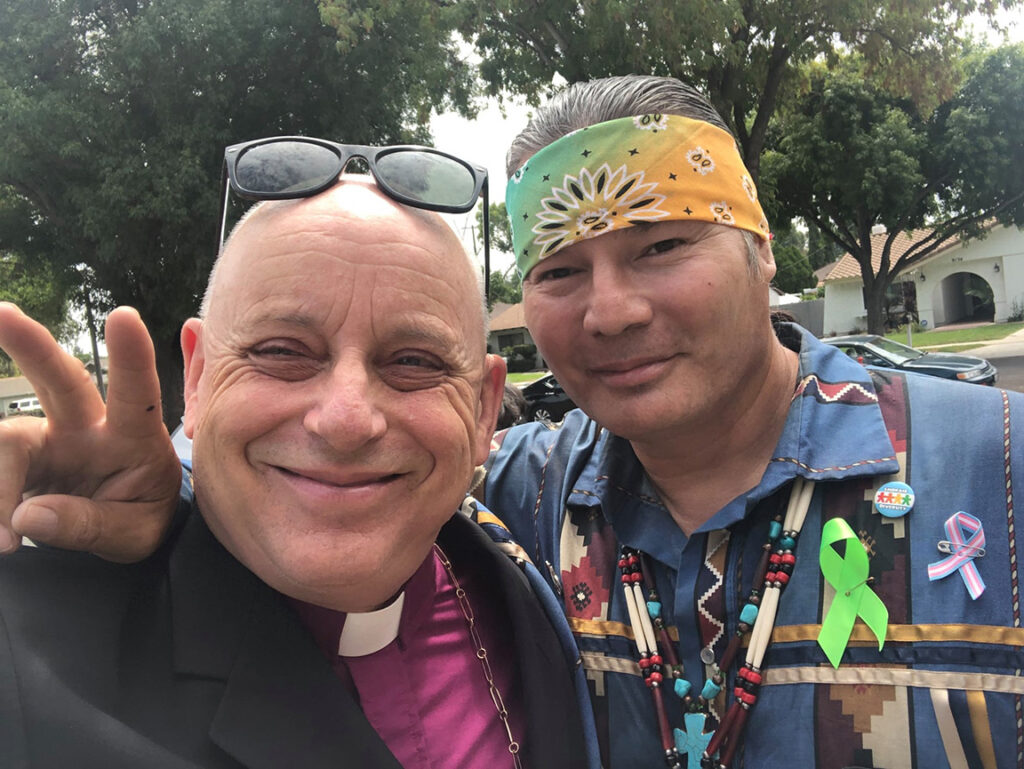 “It made us Episcopal Diocese of Los Angeles representatives feel more like stewards than landowners. Indigenous peoples once lived here, then colonial peoples,” Taylor wrote on Facebook after the event. “As a parish church, [St. Michael’s] was a beloved spiritual home. As a ministry center run by the Rev. Canon Mary Crist and her partners, the housing insecure and unhoused always had a place to go.

“Soon the beautiful church, built out of faith in him who had nowhere to lay his head, will have new neighbors occupying 50 one- and two-bedroom apartments set aside for households earning between 30%-80% of the local area media income, half of the units set aside as permanent supportive housing for unhoused folks battling mental illness.”

The project, originally conceived by the late Bishop J. Jon Bruno and Seeds of Hope Director Tim Alderson as an Anglican friary, is being built in cooperation with Community Development Partners to serve housing-insecure people in the Riverside community, where St. Michael’s has ministered since the mid-1950s. 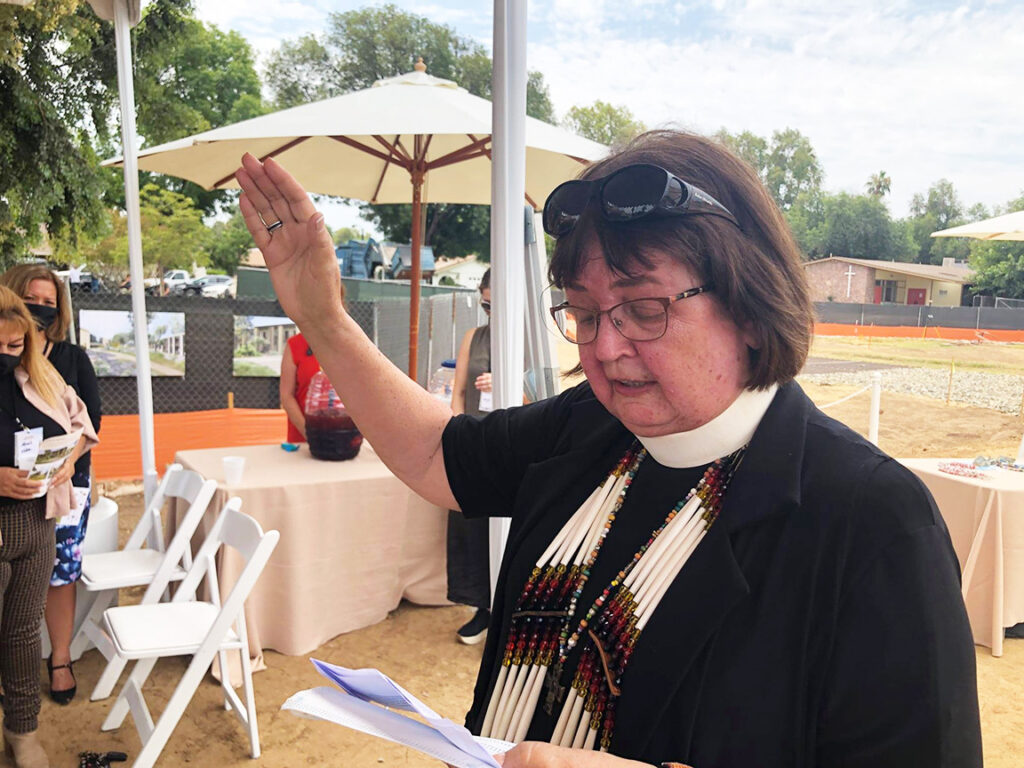 “I’ve no doubt the worshiping community at St. Michael’s, which gathers during the week but not on Sunday, will discover a renewed sense of security and mission as the project takes shape,” Taylor wrote.

An artist’s rendering of the affordable housing development being built on the grounds of St. Michael’s Episcopal Ministry Center in Riverside. Artwork: Community Development Partners