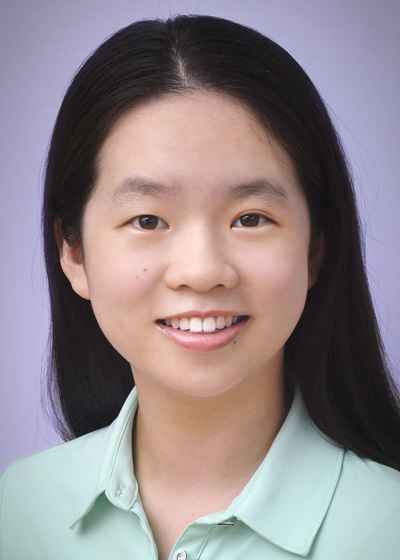 [The Episcopal News] For Joie Zhang, 18, advocating for such global issues as climate change as a member of the presiding bishop’s delegation for the United Nations Committee on the Status of Women is both personal and pressing.

“I still remember vividly the eerie sounds of the 2011 Santa Ana winds, in which ferocious gales reached a record-breaking 167 miles per hour and eliminated electricity in my community for more than a week,” she said in a recent email to The Episcopal News.

“I was only 7 years old then, but in the short decade since, the scale and severity of natural disasters has escalated exponentially around our globe,” added Zhang, a senior at Harvard Westlake High School in Los Angeles and a member of the Church of Our Saviour in San Gabriel’s Chinese Ministry.

“As part of Gen Z, I realize that it is up to my generation to spearhead advocacy for innovative solutions through our climate crisis,” she said. “I distinctly remember the sense of vulnerability my mother and I shared during December 2011 because my father was away on an international business trip when the natural disaster struck.”

Along with opportunities to write and share about their experiences, delegates from across The Episcopal Church will observe official plenary sessions and be invited to attend side and parallel events during the 66th annual meeting, held virtually March 14 – 25. Typically, the gathering draws thousands to the United Nations headquarters in New York, but is offered in a hybrid format this year because of the pandemic.

“Episcopalians of all genders and in all regions report their experiences with intensifying impacts of climate change and related disasters, including droughts, desertification, floods, sea level rise, wildfires and heat waves, as well as biodiversity loss and pollution, Presiding Bishop Michael Curry said in a written statement submitted in October 2021 to the UNCSW.

He also noted the disproportionate impact climate change has upon the quality of life of marginalized communities. He urged the UN and member states and civil society to address the climate emergency and seek protections for women and girls marginalized by environmental racism, and to accelerate women’s and girls’ gender equality and eradicate violence against women.

This year’s priority theme – “Achieving gender equality and the empowerment of all women and girls in the context of climate change, environmental and disaster risk reduction policies and programs” – offers opportunity for “a cross-cutting, intersectional examination through a gender lens of some of the world’s most critical concerns,” said Lynnaia Main, the Episcopal Church representative to the United Nations.

“We have found several Episcopal communities working on specific aspects, such as gender equality, creation care, climate action, sustainable development, and humanitarian assistance,” she said. “We hope to till new ground for digging into intersectional dialogue as we gather Episcopalians who may not have considered this theme before. We are all learning together.”

Each delegate has participated in preparatory conference calls and is expected to complete evaluations, reports and follow-up actions in their diocese and province.

The Rev. Thomas Ni, Church of Our Saviour associate for Chinese ministry, said he suggested Zhang apply for the delegation because of her outstanding skills in debate and her faithful volunteerism, especially aiding with English as Second Language classes.

“She is a very good speaker. She has won several championships in national debate,” he recalled. “When I saw the email about the presiding bishop’s delegation to the UNCSW, I talked to her mom and she was very interested, as was Joie.”

He said Zhang has participated in the ministry since she was about 7 years old and, “I thought it would be good for her, as well as for our Episcopal Church, because she is young and such a good speaker.”

Zhang said she expects to report back to classmates as well as the church community about the experience.

“I was very thrilled to learn that I had been selected,” with the support of both Ni and Bishop John Harvey Taylor, she said. “I feel honored and humbled to represent the Diocese of Los Angeles and Province VIII at the UNCSW.”

“Through my time as a UNCSW delegate, I hope to join this intergenerational conversation to share my personal experiences and to broaden my knowledge about how environmental disasters affect and interact with preexisting societal inequities. I look forward to sharing this knowledge with my community, to inspire my peers – especially other young girls – to find their voices in activism.”

All are invited to follow The Episcopal Church delegation’s presence and work via the Episcopal UNCSW website and on social media. This includes a special invitation to join the presiding bishop’s delegation and wider interfaith community in daily praying the Beijing Noonday Prayer. Co-written by Episcopalians and other faith partners, this tradition began during the Fourth World Conference on Women in 1995.