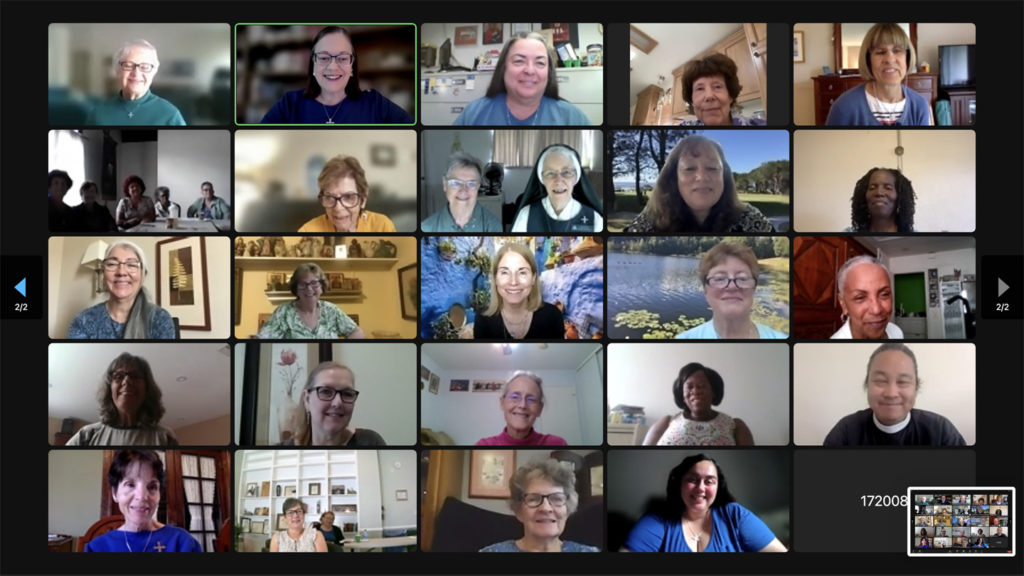 Individuals and watch groups participate in the Daughters of the King Fall Assembly on Oct. 22. Photo: Screenshot by Pat McCaughan

[The Episcopal News] From Fullerton to Pomona to San Pedro, watch parties participated in the annual fall assembly of the Los Angeles Daughters of the King, along with online participants from Hawai’i, Colorado, Nevada, Arizona, El Camino Real, and Alabama dioceses.

The Oct. 22 virtual event drew 23 women in person to Emmanuel Episcopal Church in Fullerton; about half were members of the Order of the Daughters of the King; others were guests, seeking spiritual refreshment, according to Los Angeles DOK President Kimberly Cortner.

Lindahl, author of The Sacred Art of Listening and a certified listening professional, reflected the “shining example of our solid diocesan leadership. It’s a great group of women,” Cantwell said. “She asked a simple question to start a small group practice; ‘what do you do when things aren’t going right?’ It took most everybody to the place of ‘I go to God,’ and from that they talked about their experience of where they went, where that conversation with God went.”

For Janette Henry, a member of the “Little Flower” DOK chapter at St. Paul’s, Pomona, where seven women attended the fall assembly, the exercise “felt challenging, but we loved it.

“When someone asks a question, and you talk about it, and reflect, and then you are invited to bring up the next question, a different question, that is longing to be asked … it added to the depth of our normal conversation, and we learned a little bit more about each other.” 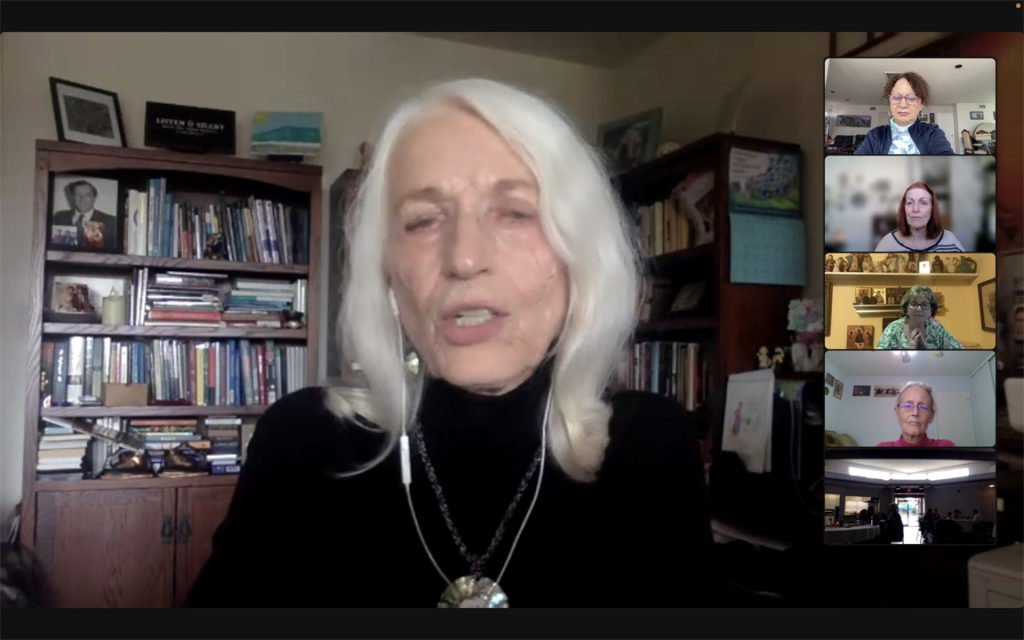 Lindahl’s three-fold description of sacred listening “as an art, a choice and a gift that can be transformative, was lovely,” Henry added. “I began reflecting on how much noise there is in my life, and on trying to be still. There is a labyrinth at my church and yet I hardly walk it.

“It inspired me to walk it soon, and to consider knowing when to speak and when not to speak. I really liked that. Another thing she said was to take a breath before you speak and to think about what wants to be said. We’re all so ready to dive in but, instead to be a bit reflective, is a very good thing.”

DOK is a worldwide religious order of women founded in 1885 and dedicated to prayer, service, and evangelism, spanning Anglican, Episcopal, Lutheran (ELCA) and Roman Catholic churches, as well as churches in historic succession. In Los Angeles, about 46 chapters are listed as active, Cortner said.

About 66 people attended the fall assembly. The DOK s facing post-pandemic challenges of dwindling participation experienced by other organizations throughout the church. “It’s a little discouraging, but we have a more realistic idea of who we are in the diocese,” Cortner said. “I don’t think our numbers are all that different from what’s reflected by provincial and national membership. Our strongest chapters have survived, but it’s a struggle to get people to attend in person.”

Dawn Switzer, president of the St. Mary DOK chapter at St. Peter’s Church in San Pedro, said the watch party was a way to enjoy community, and to get to know one another better.

“We thought it would be fun to do it all together instead of each of us in our own homes,” she said. “It was eye-opening. It made us think about a lot of things, including our communications styles, and about how much we appreciate the diocesan leadership” for making regular monthly meetings accessible online. “We know it takes a lot of work for them but from our end, it seems to work well.”

DOK Chapter President Judy Lieb said the goal at Emmanuel’s watch party was to share food and fun and deepen relationships, with a bit of evangelism thrown in for good measure. Members from local chapters at Blessed Sacrament, Placentia; St. Andrew’s, Fullerton; and Trinity Church in Orange joined them, along with guests.

“The watch party helped not only us, but also Daughters from surrounding parishes and women who were not necessarily Daughters – that was important to me,” Lieb said. “I wanted to open things up, especially when you have a speaker who will benefit everybody. People were still talking about it in church on Sunday.”

Deborah Cantwell, the Emmanuel chapter’s past president, added that even “my mother, who is 92, wanted to come.

“We had tables of four and we made sure there was a Daughter at each table, to facilitate the conversation, so everybody had a chance to share and feel natural even though they didn’t all know each other.”

A guest said just reflecting on the name of the order afforded her a newfound sense of royalty, Cantwell said. “She said, when I take time to be present to God and listen … when God takes time to speak to me, I realize, I feel royal. I felt like I belonged to the Most High; that I’m important to God.”