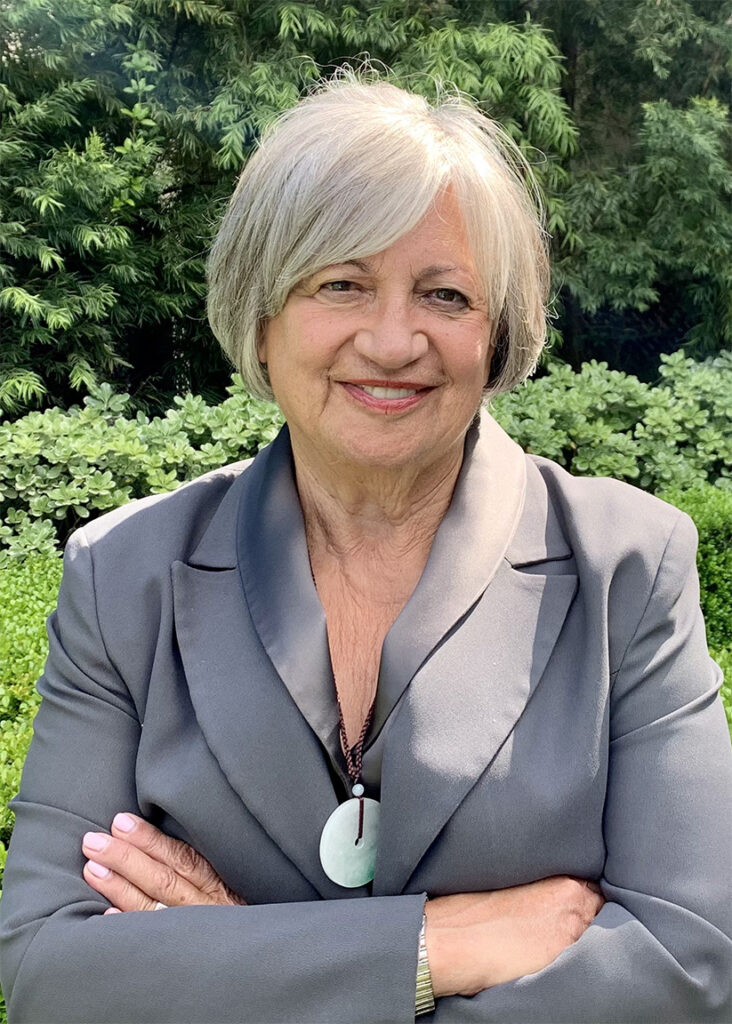 [The Episcopal News] Mary Nichols, whose leadership as chair of the California Air Resources Board has played a key role in guiding statewide environmental advances for five decades, will deliver Diocesan Convention’s biennial Margaret Parker Lecture, set for Nov. 13 in Riverside.

Convention delegates – together with all who will view the lecture via livestream – are encouraged to prepare for the talk by reading the book Drawdown: The Most Comprehensive Plan Ever Proposed to Reverse Global Warming, edited by Paul Hawken, and to consult additional resources posted here.

Nichols, a lay leader and former senior warden of St. James’ Episcopal Church in Los Angeles, will address convention upon returning from her participation in the United Nations Climate Change Conference in Glasgow. Her lecture also will inform the launch of a new diocesan task force on climate change, an initiative led by the Rev. Canon Melissa McCarthy, diocesan canon to the ordinary.

“We’re proud to welcome, and to learn from, Mary Nichols at convention this year,” said Bishop John Harvey Taylor. “Experts call our fellow Episcopalian one of the most effective environmental regulators in history, which is another way of saying that if the air in our state is dramatically cleaner and healthier than in 1975, as many of us of a certain age know it is, be sure to thank Mary the next time you and she pass the peace or when you see her in Riverside.”

Richard Parker, lecturer in public policy at Harvard University’s Kennedy School of Government, and his brothers, Stephen and David, launched the Margaret Parker lecture series in 2008 in memory of their mother, a diocesan lay leader and lifelong advocate for women’s empowerment. “Mary Nichols, in her life and work, models our mother’s vision of women’s voices in creating justice not just on God’s Earth – but FOR the Earth itself,” Parker said. “We’re honored and delighted she will deliver this year’s Margaret Parker lecture.”

Looking ahead to the work of the new diocesan task force, McCarthy said the lecture will set the tone for future environmental action opportunities. “I am so excited about this year’s Margaret Parker lecture,” McCarthy said. “Mary’s dedication and experience will be an inspiration. It’s a timely topic and one that the church has a real chance at making a positive impact on. What Mary offers us this convention will certainly getting us going in the right direction.”

Nichols – who met with the bishop, Parker, and McCarthy in a lecture planning Zoom call on Sept. 15 – said she greatly appreciates the invitation to speak under the convention theme “Truth and Love,” and that she looks forward to sharing insights with the hope that they will spark practical action. She said her current priorities include equipping young leaders “with a mandate to help lead us forward” and “creating opportunities that encourage people of all ages to take authority” to protect the environment and help reverse climate change.

Nichols, who is currently distinguished visiting fellow at Columbia University’s Center for Global Energy Policy, is the former chair of the California Air Resources Board, on which she occupied the attorney seat before concluding her final term Dec. 31, 2020. She was appointed to the board by Gov. Edmund G. “Jerry” Brown Jr. (1975–82 and 2010–18) and reappointed by Gov. Arnold Schwarzenegger (2007–2010) and Gov. Gavin Newsom (2019–2020). She also served as California’s secretary for natural resources (1999–2003) appointed by Gov. Gray Davis.

“When not working for the State of California, Mary was a senior staff attorney for the Natural Resources Defense Council; assistant administrator for U.S. EPA’s Office of Air and Radiation, in the administration of President William Jefferson Clinton; and headed the Institute of Environment and Sustainability at UCLA,” notes the California Air Resources Board web site.

Throughout her career as an environmental lawyer spanning more than 45 years, “Mary Nichols has played a key role in California and the nation’s progress toward healthy air. She has also led the board in crafting California’s internationally recognized climate action plan.”

The upcoming Parker lecture follows Nichols’ 2015 participation as a panelist in a denomination-wide webinar keynoted by the Episcopal Church’s then-Presiding Bishop Katharine Jefferts Schori, an accomplished oceanographer, and hosted by Campbell Hall school in Studio City. Local participants also included seismologist Lucy Jones, a parishioner of St. James’ Church in South Pasadena, and KNBC meteorologist Fritz Coleman, who moderated the webinar as part of the diocese’s commemoration of 150 years of parish ministry in Southern California.

The Diocesan Convention series honors Parker, who died in 2007 at the age of 93. She was an active lay leader and ministry partner with her husband, the Rev. Canon Richard I. S. Parker, who served for 42 years as rector of St. Cross Church in Hermosa Beach, Calif.

She was a co-founder of the ECW “Today’s Woman” events, later titled “Tomorrow’s Woman,” and was named an honorary canon in 2003 by Bishop J. Jon Bruno.

The lecture series honors her life and ministry by addressing topics of peace and justice through the empowerment of women. Presiding Bishop Katharine Jefferts Schori delivered the inaugural address in 2008; the second was given in 2011 by the Rev. Jim Wallis, evangelical leader, author and founder of Sojourners magazine; the third in 2013 by Bishop Barbara C. Harris, first female bishop in the Anglican Communion; the fourth in 2015 by the Rev. Renita Weems, theologian, author and AME pastor; and the fifth in 2017 by Bishop Minerva Carcaño of the United Methodist Church California-Pacific Conference.