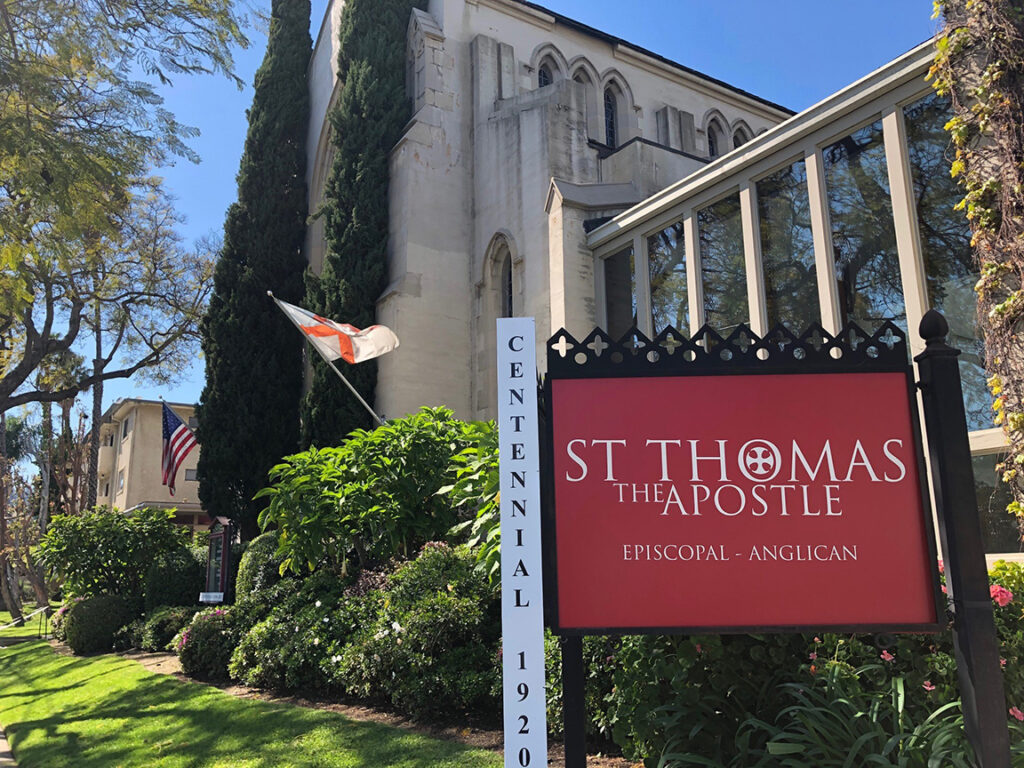 St. Thomas’ Church in Hollywood has gained new members and new interest during the pandemic.

Online worship during the pandemic brought an entirely new, eclectic digital congregation to St. Thomas the Apostle Church in Hollywood – one the Rev. Canon Ian Davies aims to keep as they resume in-person gathering.

“There’s a lady who’s become a pledging member who lives in Maryland,” Davies told The Episcopal News recently. “We have people tuning in from Australia, New Zealand and Britain and from all over the United States.”

Another new member “lives in Crestline and she’s snowed under, literally, at the moment,” said Davies. “She has contributed with love and affection and devotion, and financially as well. We’ve been really taken aback by the people that have wanted to contribute and that’s why we’ve invested in a camera, speakers and software. We are determined that we will continue live-streaming, even when we are back in person.”

One year after the pandemic forced suspension of in-person gatherings, Southland congregations, from Los Angeles to Santa Barbara, from Barstow to San Clemente, shared some of their experiences with The News.

The Rev. Vanessa Mackenzie, rector of the Church of the Advent in Los Angeles, and most others, acknowledged that virtual worship is here to stay. It has helped people stay connected, she said, and fostered a real sense “not that we are a church because we have a building, but a real recognition that we are the church, there for one another.” 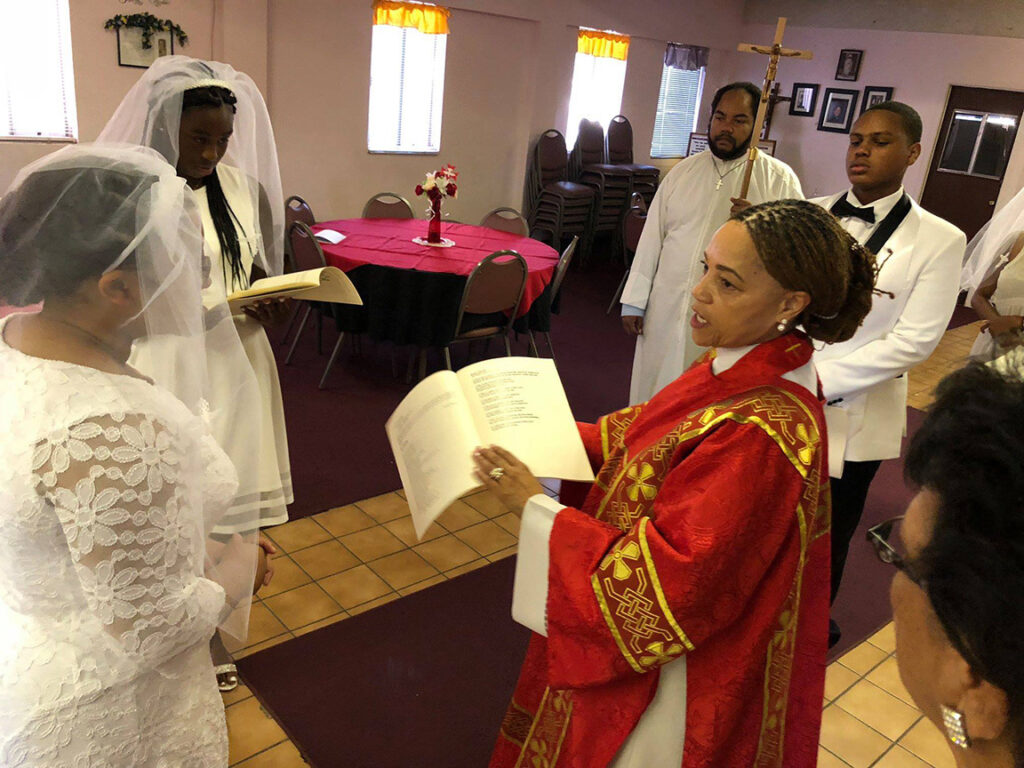 Rector Vanessa Mackenzie of Church of the Advent, Los Angeles, gives instructions to confirmands prior to a 2018 pre-pandemic service. Photo: John Taylor

Yet praying by phone and worshipping virtually can feel like puny substitutes “for being in the presence of people, hugs and support and solidarity,” she added, especially for members of her mostly African American congregation, hard-hit by the pandemic.

That sense of loss, amid the cumulative impact of disproportionate COVID deaths, police violence, structural inequities, and divisive politics, has also forced a real reconsideration of “the very core of what it means to be a beloved community,” Mackenzie said.

As the congregation resumes in-person outdoor worship on Palm Sunday, “We can rediscover the meaning of being community. We lost what we thought was anchoring us and God was telling us what was anchoring us that we never saw. The incarnation for me is now more real than it ever has been before.”

In Whittier, St. Matthias’ rector, the Rev. Bill Garrison, had begun experimenting with streaming worship pre-pandemic and quickly shifted bible study and other educational programs to Zoom. Now he plans to include YouTube also after discovering “a whole group of people out there that will probably remain out there. There are people who have joined us online that really don’t want to come into the building.”

Though challenging, technology is also an opportunity. “It’s really important that we think outside the box going ahead,” he said. “This has helped us do that. Let’s not stop.” 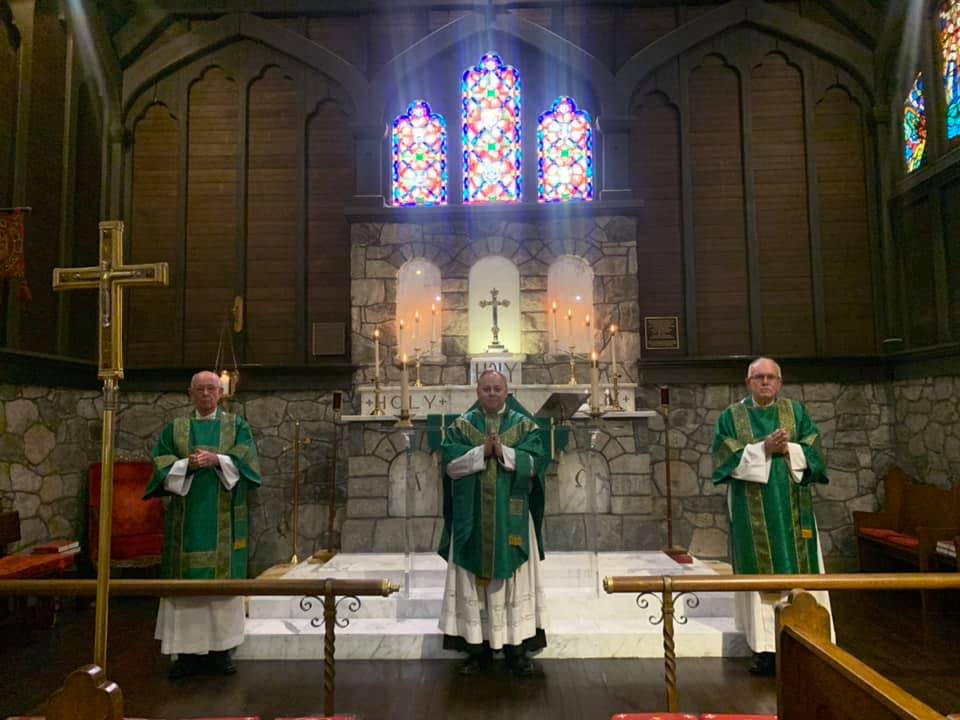 At Holy Trinity Church in Covina, the Rev. Steve DeMuth says that live-streaming worship has provided connection but also acutely identified digital disparities between his English-language and Spanish-speaking congregations.

“Different economic groups and age groups and ethnicities don’t connect as well using it. We need to make up for the lack of contact with some of our elderly folks, some of our folks that aren’t as well-connected with technology,” he said. “I have noticed and I regret that we have not been as successful connecting with those who worship with us in Spanish as with those who worship primarily in English.”

A bright spot during the pandemic was completion of a chapel renovation, however, inspired by Mission San Diego, that will “bring joy to people when they come back home,” he said.

Closure of local restaurants prompted continuation of a feeding program, with safety protocols, because “many of our friends who live on the streets … had less access to running water, or bathrooms, or ways to find a good meal.”

“Our church is very open to the community,” and as restrictions have been relaxed, neighborhood art and dance and computer classes have also begun returning to the church campus, he said. 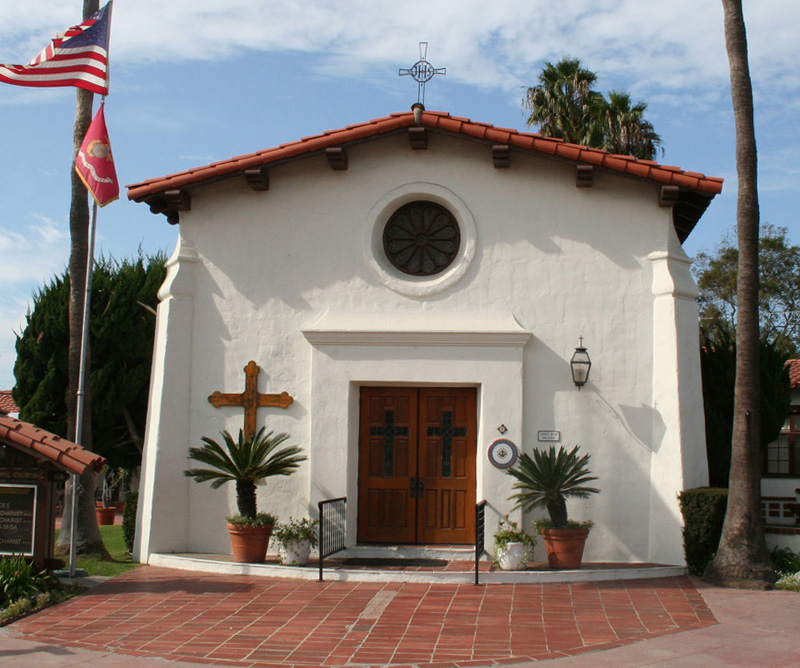 St. Clement’s by-the-Sea, San Clemente, has offered outdoor worship under the shade of its new pergola, increasing its visibility in the community.

A newly constructed pergola last January provided much-needed shade for outdoor worship on the church’s campus, the number one historic site in San Clemente. Outdoor worship, he noted has both an up and a down side. “As people walk by sometimes you can tell their ears perked up, and you wonder, did they hear a bit of the word of God? The obvious disadvantages are the crows and loud motorcycles.”

Bible study and educational programs moved online, offering wider access to the transportation-challenged and greater opportunity for creative presentations, Crear said. Inclusion of videos, images and onscreen texts “has added to the consistency and allowed me to use extra materials in a more efficient way, as opposed to printing off 20 pictures and handing them around.”

Safety protocols offered practical benefits – displaying outdoor liturgies on a screen saved the cost of paper-and-ink bulletins. “There were so many Sundays, we would throw out a mountain of bulletins, and it was weighing on me,” he said.

Additionally, about a third of the church’s income now derives from online giving, he said. “We include the QR code in our livestream so people can scan it with their phone or whatever and make their pledge.” As another practical matter, “we decided not to get pledge envelopes this year. About a third of the people actually pick them up and we threw out the rest.

“We bit the bullet and said, ‘if you really need them, we’ll send you a handful, preaddressed to the church.’ It’s worked out so far. Those we thought might be the most resistant were actually pleased.”

For the Very Rev. Jeannie Martz, rector of Trinity Church in Orange and dean of Deanery 9, the pandemic has shown “we can be creative without being sacrilegious.”

It has also been a time, “to take a closer look at why do we exist? What good are we doing in the city of Orange? This is a chance to see; what ministries do we want to start up again and what do we want to let go of? What new initiatives might we be called to do and provide the breathing space to do that going forward?”

Understandably, there is a new appreciation for flexibility, adaptability and blooper tolerance. “As I was preaching the other day, at the end of my sermon, both my dogs started barking,” said Martz. “You just gotta roll with it. You gotta laugh.”

There is also concern and opportunity around eventual return of members and volunteers, she said. “Some folks have said they’re not going to do that anymore and that’s a concern. But it also it may provide openings for new folks to step forward.”

Ken Higginbotham Jr., a member of the diocesan Program Group on Communication, said he is looking forward to in-person gatherings again at St. Stephen’s Church in Santa Clarita, where he is a member. “I hope there’s a time when my wife Mary Jo and I can just go in there by ourselves, sit in the pew and do some reflecting. I feel returning to church will be like a rebirth, and that what one gets out is what they want to put into it.

“It really reminds me of what this [Lenten] season, and the death and resurrection of Christ and bringing life back, is all about.”

St. Paul’s Episcopal and Shepherd of the Desert Lutheran carry out a shared ministry in Barstow. They have adapted to the pandemic through technology and sheer determination.

The Rev. Mary Tororeiy, vicar of St. Paul’s and pastor of Shepherd of the Desert, an Episcopal-Lutheran yoked congregation in Barstow, said gathering in person a week ago “was very emotional, seeing everyone. There were only 15 or 16 of us, but it meant a lot to see people like that.”

She jokes that she will continue setting up for online worship to complement in-person gathering, “using the wires of the kingdom. God’s goodness comes through technology. To be able to be church through that has shown how we have the capacity to adapt. We are strong. It’s inbuilding us humans to be strong and find ways of being even in new circumstances.” 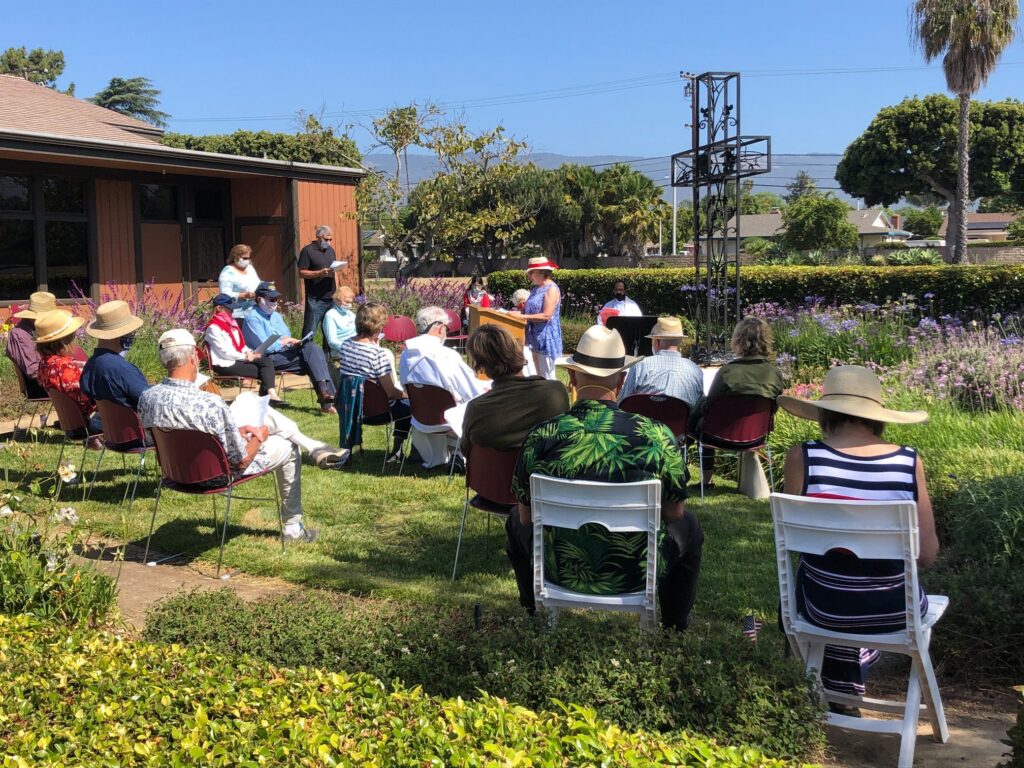 The Rev. Israel Anchan, rector of Christ the King Church in Santa Barbara, arrived at the church about six months before the pandemic forced suspension of worship. Once safety protocols allowed for outdoor services, the congregation began offering parking lot worship.

“We began offering worship in the sanctuary on March 21 and on Zoom,” he told The Episcopal News. In addition to parking lot communion, the church is offering sanctuary in-person and Zoom hybrid worship and classes – resembling where most churches will eventually be, according to digital strategist Rose Hayden Smith.

“Going forward, we can’t go back,” said Smith, a member of the diocesan Program Group on Communication and St. Patrick’s, Thousand Oaks. “It’s going to be a hybrid environment and I think that that’s positive, although it may be challenging” to figure out safe ways to return and to connect with fewer people.

Historically, creative bursts have tended tend to follow challenging times, like wars and pandemics, she added. “It will be interesting to see where the incredible sort of creative force released and the sort of digital discipleship might take us, especially with all the resources available.”