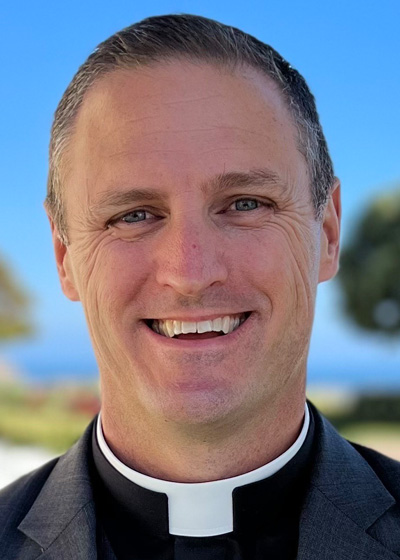 The Rev. Ryan Newman has been called as executive director of the Diocese of Los Angeles’ Commission on Schools, Bishop John Harvey Taylor announced Aug. 3.

Newman, who will begin his new duties on August 9, is currently interim rector of St. Bede’s Church, Los Angeles. He succeeds Canon Serena Beeks, who is retiring this summer after 34 years in Episcopal School leadership in the diocese.

“ I am deeply grateful and honored that Bishop Taylor has called me to serve as the next executive director of the Commission on Schools,” Newman told The Episcopal News. “Following in the footsteps of two dear mentors and extraordinary servants to Episcopal schools, Canon Serena Beeks and Canon Merrily Dunlap, I look forward to faithfully serving our amazing schools in the Diocese of Los Angeles.”

Selected after a nationwide search, Newman has served at schools in California and Hawaii, including St. Margaret’s School, San Juan Capistrano, as chaplain, technology and media specialist and webmaster; Campbell Hall, North Hollywood (2002 to 2013), as a teacher, high school advisor, sports coach, diversity coordinator and chaplain before becoming director of operations; and as rector at All Saints Episcopal School and Preschool in Kauai.

“We’re blessed indeed to have Ryan coming aboard at the Commission on Schools,” said Taylor. “He’s an expert on school-church relationships, with a deep and passionate commitment to the inclusive principles of Episcopal identity. Our educators, as well as missions and parishes with schools on campus, will have an energetic ally and proven problem-solver to call on at St. Paul’s Commons.”

Newman also served as dean of St. James’ Cathedral in the Diocese of San Joaquin from 2018 to 2020, where he helped rebuild the church and diocese’s ministry after the Episcopal diocese prevailed in a lengthy legal dispute with a breakaway Anglican group over properties. He was rector of All Saints Church in Kauai from 2013 to 2018, where he oversaw a 48% growth in average Sunday attendance, stabilized church finances, rebuilt the Sunday school program, developed Hawaii’s first Laundry Love program and launched a capital campaign that raised funds to repair and update church facilities, in addition to his leadership in the preschool.

Newman is a graduate of St. Margaret’s School, San Juan Capistrano. He earned a bachelor’s degree in political science at USC, followed by a master of divinity degree from Virginia Theological Seminary. He is a doctoral candidate in education at Olivet Nazarene University in Bourbonnais, Illinois; his dissertation focus is diversity, equity, inclusion and justice in independent schools.

He was ordained to the diaconate in June 2002 and to the priesthood in January 2003 by the late Bishop J. Jon Bruno.

From 1995 to January 2000 Newman was executive director of a nonprofit that produces a summer camp for special-needs children. He has been an active member of numerous diocesan, clergy, school and interfaith organizations, including the National Association of Episcopal Schools and the California Association of Independent Schools. He was a member of the board of directors of Hillsides, a diocesan institution that serves at-risk children and families, from 2010 to 2013. He also is founding principal of Rite One Consulting, an “Episcopal-centric” consulting firm serving schools, churches and nonprofit organizations.

Newman and his wife, Erin, a board-certified pediatrician and doctor of internal medicine at U.C. Irvine, live in Laguna Niguel with their daughter Alessandra, a student at St. John’s Episcopal School in Rancho Santa Margarita, and two pound puppies, Lucy and Olivia.