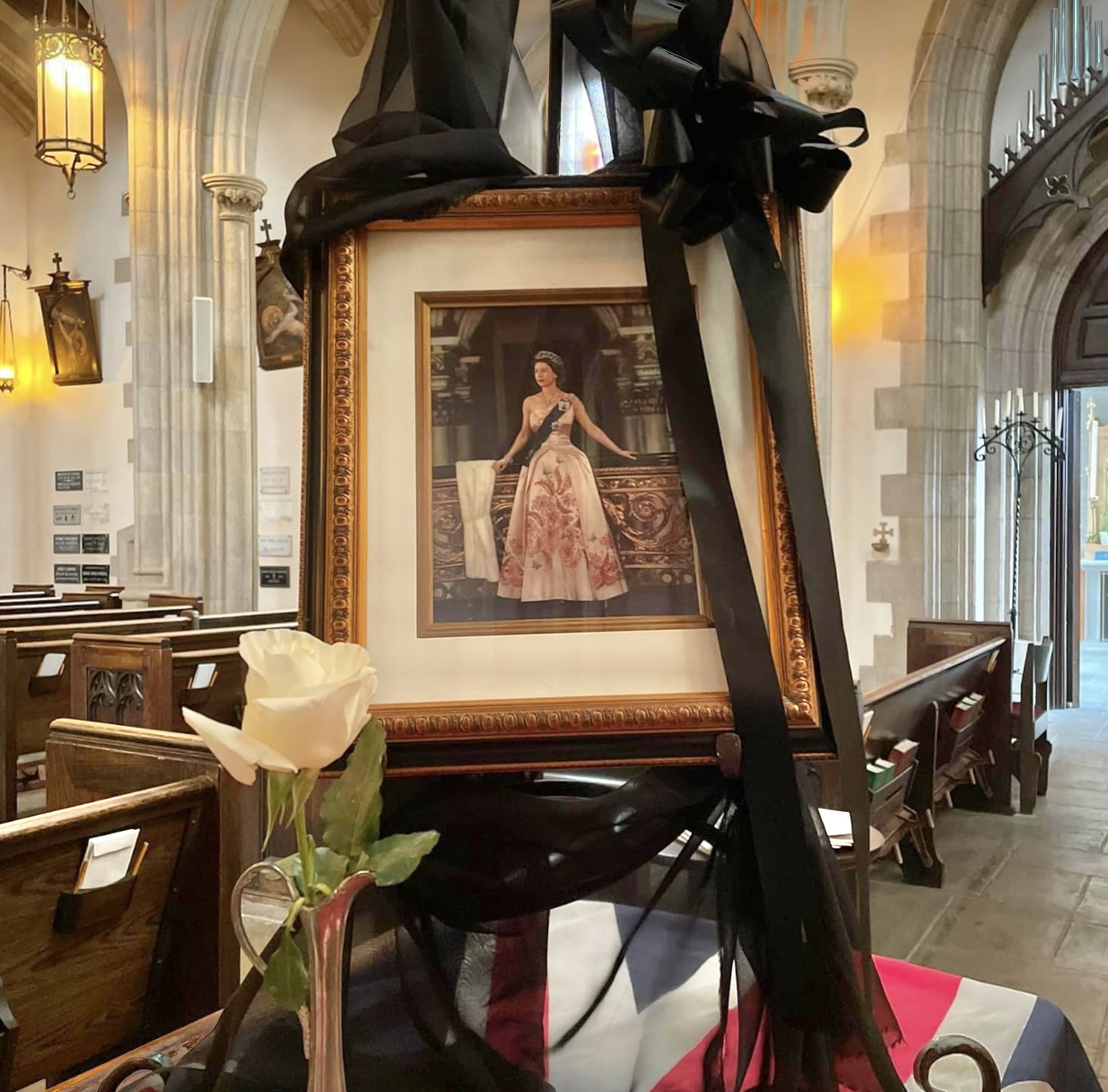 A memorial tribute to Queen Elizabeth II is pictured at St. Thomas the Apostle Church, Hollywood, where Requiem Mass is set for 7 p.m. on Monday, Sept. 19. Photo: St. Thomas’ Church

[The Episcopal News] Services of remembrance in the Diocese of Los Angeles will honor Britain’s late Queen Elizabeth II, whose unequaled 70-year reign included her role as “defender of the faith” expressed across the global Anglican Communion.

Celebrant for the rites at St. Thomas’, 7501 Hollywood Blvd., is the parish’s rector, the Very Rev. Canon Ian Elliott Davies, also dean of the diocese’s Westside geographic deanery of congregations. Born in Wales, Davies assisted at London’s All Saints, Margaret Street – located next to Westminster Abbey – before his 2001 call to the Hollywood parish.

Davies has invited members of the congregation and the diocesan community to leave messages in the Church of England’s online book of condolences for Queen Elizabeth.

Cameron McKay, master of the music at St. Thomas’, will direct selections for the Sept. 19 service, which will be livestreamed via the parish’s Facebook page and YouTube channel as linked on the parish website.

Also on Sept. 19, a service of prayer and remembrance is set for 3 p.m. at Holy Trinity Church, 100 N. Third Avenue, Covina, with livestream information posted here.

Two parish choirs long experienced in the English choral tradition will sing Evensong on two consecutive Sundays in October in memory of the queen. 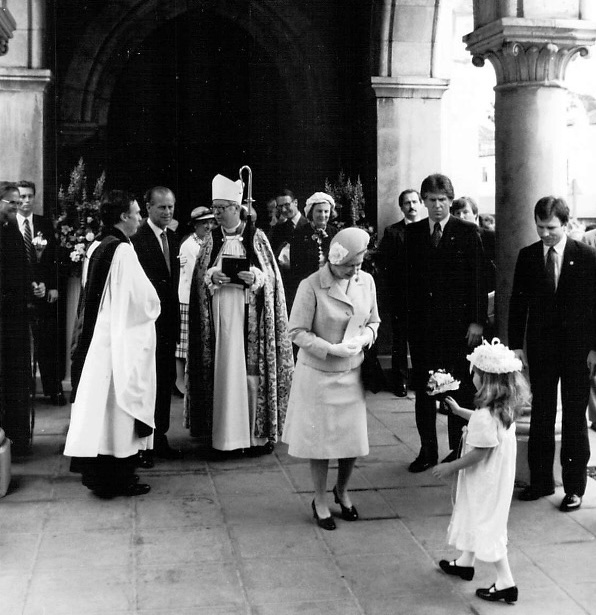 Information about any additional services planned in the Diocese of Los Angeles may be emailed to news@ladiocese.org for posting online.

Condolences on behalf of the diocesan community have been expressed to the British Consul General of Los Angeles.

Prayers and remembrances were offered Sept. 11 at L.A.’s St. John’s Cathedral where Bishop-in-Charge Frank Brookhart opened his sermon with a quote from the queen: “History tells us that we need to be saved from ourselves, from our recklessness and from our greed” and called the congregation to address pressing issues including racism, poverty, damage to the climate, and personal shortcomings faced by individuals.

Word of the queen’s death was received a few hours before the Sept. 8 midday Eucharist in St. Athanasius’ Church at St. Paul’s Commons, Echo Park. Marking the Feast of the Nativity of the Virgin Mary, Bishop Taylor preached a homily drawing parallels between both women’s willingness, voiced in their youth, to serve in their respective roles. Taylor underscored the queen’s “gift to the world of constancy… and her invitation to love and civility.”

Queen Elizabeth II first visited Los Angeles in 1983 traveling up the California coast aboard the royal yacht Britannia amid rainstorms during her 10-day itinerary. On Feb. 26, the day after arriving in San Diego, she and Prince Philip attended a Sunday-morning service at that city’s St. Paul’s Episcopal Cathedral.

At the outset of the queen’s reign, a memorial service for her late father, King George VI, was held at St. Paul’s Cathedral in Los Angeles on Feb. 15, 1952.

— Robert Williams is diocesan canon for common life. He is also serves the Diocese of Los Angeles as historiographer and archivist.