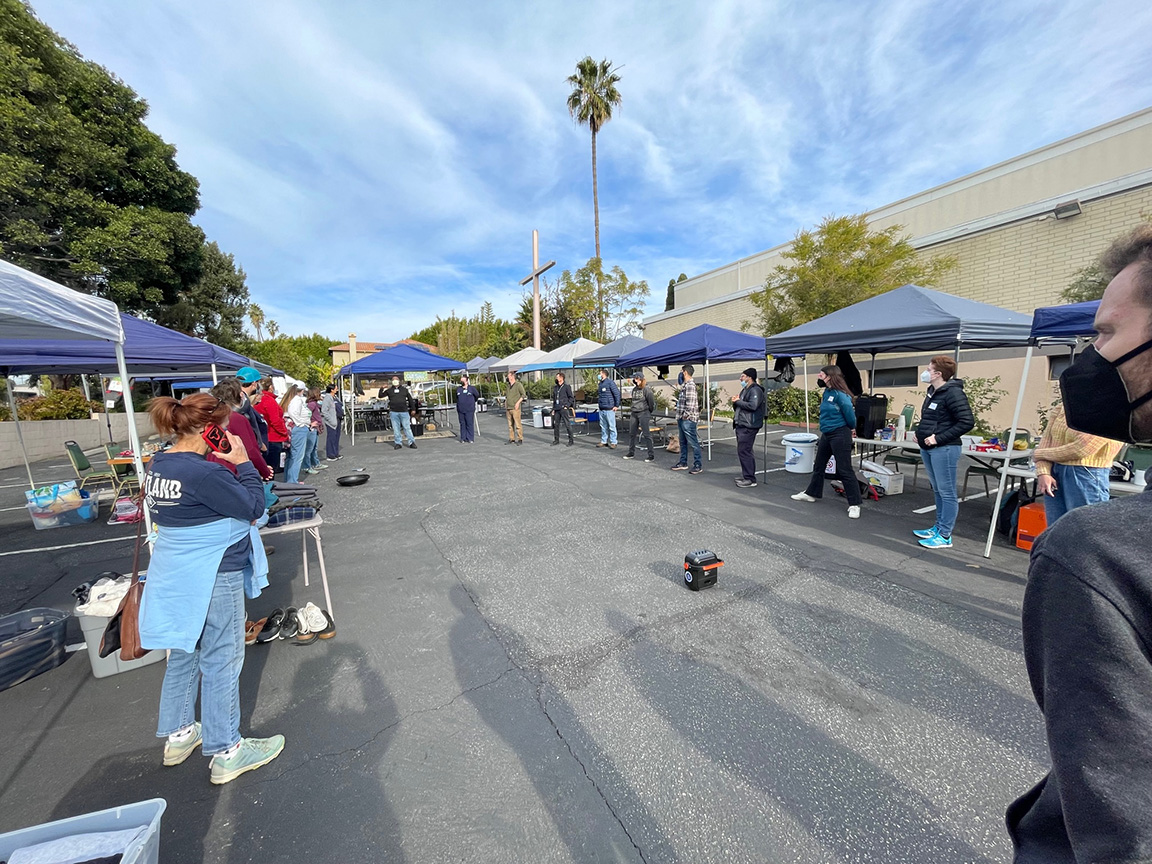 [The Episcopal News] Like the Christ child sleeping in a borrowed manger, an unhoused newborn boy and his young parents sheltered in a loaned RV on L.A.’s Westside.

UCLA Health screenings, housing and employment leads, I.D. recovery, hygiene kits, new and gently used clothing, and other essentials are offered at the Access Center’s 20 stations ringing the church parking lot, where some 60 – 70 guests arrive each month from surrounding areas including Venice and Marina del Rey. The program offers a model for other congregations seeking to do similar work, organizers say. 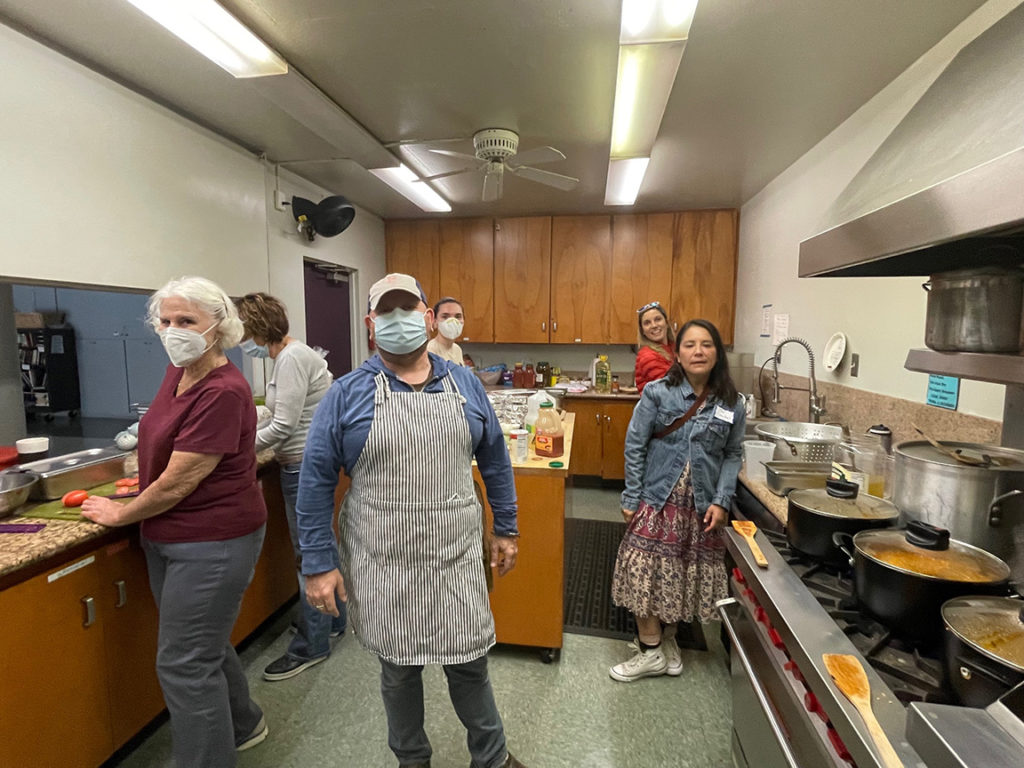 “I did outreach in a local park where there used to be an encampment including people who grew up in surrounding neighborhoods,” said Sharma, a former teacher and lawyer, recalling experiences with the program, launched in 2021 on a similar model created in Silver Lake by SELAH Neighborhood Homeless Coalition.

“That fall, I met a young couple living in the encampment. The young woman was pregnant and two months from her due date. We quickly tried to figure out how to get them help,” Sharma said, noting that a team of volunteers and neighbors rallied with a baby shower.

“When the baby came, the mother called me and gave birth in a local hospital,” Sharma said, expressing her own empathy as a mother of three small children. “They had no place to go,” but another person experiencing homelessness loaned a camper. “I would park near them and check on them…. Eventually we got the mother and baby boy back to her mother, a situation which, for various reasons, was not ideal, but better than living on the street with a newborn.”

Practical, vital help is the focus of services provided by the Neighbors4Neighbors coalition of local agencies represented in the church parking lot circle, where a mobile shower unit also has been available most weeks.

Parishioner Elizabeth Coombs, who helps staff the clothing station, calls the circle “inspiring” both in terms of services provided and the dedication of volunteers energized each week by Dexter O’Connell, who leads the group in deep breaths and yoga stretches to warm up before opening the Access Center to arriving guests.

A hot meal – on this morning, homemade rice and beans, tortillas and aromatic salsa with freshly diced tomatoes, onion and cilantro – awaits each guest, with fare prepared in the church kitchen by chef Noah Bardach and a team of veteran parishioners and community neighbors. 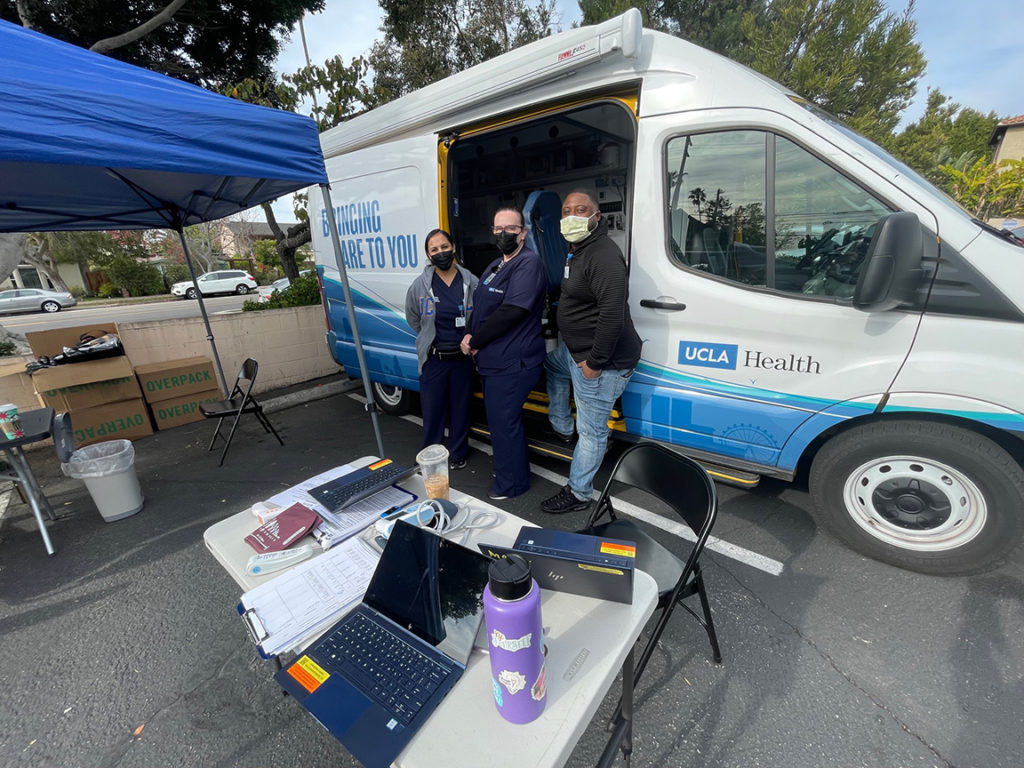 Guests served at the Access Center’s December circle included Carl (real name withheld upon request), 64, who said he has been living in the back of his truck at nearby Safe Parking, experiencing homelessness after increasing digital automation revolutionized the industry in which he was once a professional earning a six-figure annual salary. Focused on seeking work, Curt says he appreciates the Access Center as “extremely important, just meeting individuals who are willing to help and who understand where we are coming from as human beings.”

“I wish more churches would open up their lots for safe parking,” said Carl. “And what a difference access to a microwave would make for those of us on a food budget.”

Similarly, Curt, 61 – a skilled plumber whose livelihood was interrupted by a serious injury – praised both Safe Parking and the Access Center. “Anyone coming in new, this is a great place to start,” he said. “The services offered here help I practical ways as I continue my path to get back on my feet.”

On this Saturday, drivers transporting guests to the Access Center included veteran volunteer Lisa Redmond of Venice Catholic Worker, who assisted in relocating the Access Center to St. Bede’s after the program outgrew a previous site.

“St. Bede’s was at the top of our list, and they welcomed us with open arms,” said Redmond, who noted that the program was a “fit” with discernment that the parish had been doing about enhancing outreach to neighbors in need, a process assisted by the Rev. Ryan Newman, interim priest. 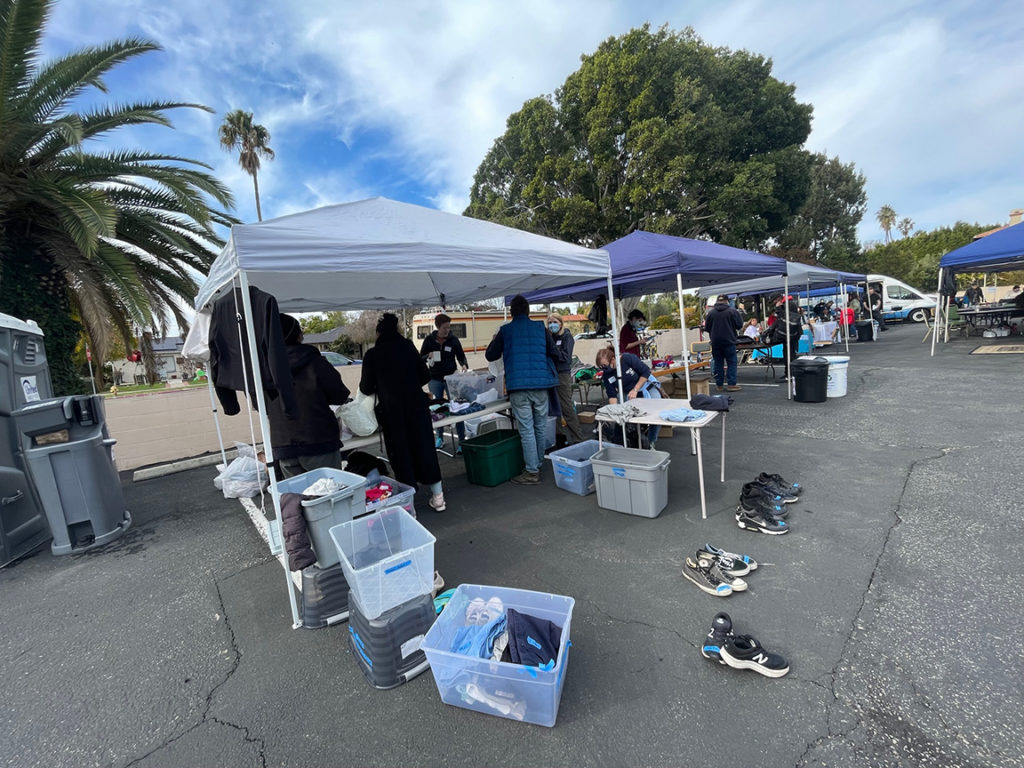 “While L.A. Neighbors4Neighbors is not a faith-based organization,” Redmond noted, “I am with Venice Catholic Worker, and the work I do with unhoused people is rooted in my faith. Are we out here preaching? No, but if people want God they’ll find God in my actions, not my words.”

Longtime parish lay leader Jerry Hornof, who has served St. Bede’s as a warden, underscored the care taken to inform neighbors who live around the church of the Access Center program.

“We really reached out and worked with the local community,” he said. “We’re in an R1 area, a residential community, and before we embarked on the Access Center, we walked around and talked with neighbors, expressing that we feel this outreach is part of our mission as a church. Some said we are enabling participants to remain homeless, yet this program is helping them to transition, to move toward a life we all would want. Overall, we didn’t get pushback from the neighbors.”