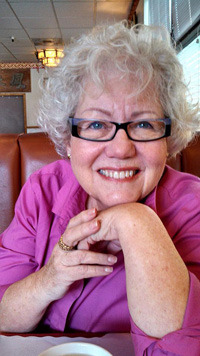 The Rev. Catherine Iona Keyser-Mary, a priest canonically resident in the Diocese of Los Angeles and most recently assisting at Church of St. John the Baptist in Aptos, California, died July 1. She was 72.

Cat, as she was known to her friends, served in the Diocese of Los Angeles at Christ Church, Redondo Beach, in various capacities from 2002. She also was director of pastoral care and chaplain at Episcopal Communities & Services’ Canterbury and Covington campuses from 2005 to 2008. Previously she had been priest-in-charge of Our Saviour Church in Pasco, Washington, from 1997 to 2000.

Keyser-Mary was trained and licensed as a marriage and family therapist, and was also a licensed massage therapist. She was ordained to the diaconate in 1997 in the Diocese of El Camino Real.

Born in Glendale, California on Jan. 11, 1942 as Catherine Ione Butz, she earned a bachelor of arts degree at Warner Pacific University in Portland, Oregon, in 1964. She received a master of arts at the University of Redlands in 1981 and a master of divinity degree at CDSP in 1997.

In a biographical sketch, her family wrote of Keyser-Mary, “She loved life, dogs, camping, backpacking, cooking, weaving, singing, orchestra, spinning, sewing and cheering loudly at grand-children’s performances. Relationships were the center of her life. She celebrated her last days of life with family, friends, chickens and goats.” They wrote that she was born in Glendale and died in the Santa Cruz Mountains “with a few stops in between: the Great Peace March, Russia with women peacemakers, the Holy Land, an Italian goat farm, Europe, Asia, Africa, India, South America, China, Japan, Canada, Alaska and Hawaii.”

The family requests that any memorial gifts be made to the donor’s local food bank.