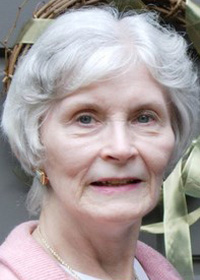 Among her many charitable interests in Los Angeles, DeShazo was a patron of the ARCS Foundation and Neighborhood Youth Association, Venice. She was an active member of St. Augustine by-the-Sea, Santa Monica, and All Saints’, Beverly Hills, and volunteered with the diocesan AIDS ministry. She was a faithful member of the Order of St. Luke and Grace and Holy Trinity Church in Richmond, Virginia, where a memorial service was held June 21.

A lifelong Episcopalian, DeShazo was born and raised in Mt. Lebanon, Pennsylvania, near Pittsburgh, where her father was an editor for the Pittsburgh Press newspaper. She attended Southern Methodist University, where she met her future husband of 67 years, Billy Wood DeShazo, M.D., who survives her.