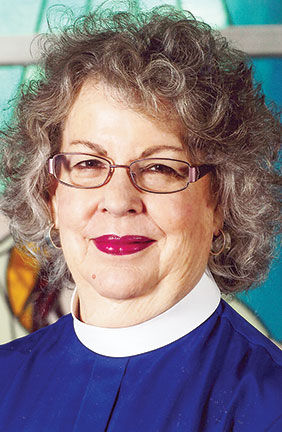 The Rev. Jane Crase, priest-in-charge of St. Joseph of Arimathea Church, Yucca Valley, died Jan. 10 as the result of injuries suffered when she fell from her horse. She was 70.

Crase was raised up as a priest by the congregation of St. Joseph’s. Bruno ordained her as a deacon in June 2011 and as a priest the following December, and placed her at St. Joseph’s, where she fostered an active mutual ministry program that encouraged the ministry of lay people. The Rev. Canon David Caffrey, who helped to form her for ordination, noted that she was creative in ministry, offering such unconventional resources as Ash Wednesday Ashes to Go. “She had a pastor’s heart,” Caffrey noted, adding that the congregation saw some growth under her leadership.

Crase was a member of St. Joseph’s for many years after she and her husband moved to Yucca Valley after living in New York and Washington, D.C. She worked in Palm Springs as a paralegal before ordination and carried on that work part time while leading St. Joseph’s as a priest.

She was born in Pasadena in 1945, and earned a certificate at USC. In 1986 she took an associate of arts degree at Mt. San Antonio College in Walnut.