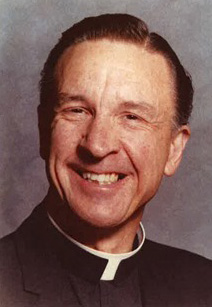 The Rev. John Julian Hancock, former vicar of the Church of the Reconciliation, Los Angeles (now closed), died May 19 at Olympia Hospital in Los Angeles. He was 94. In retirement he assisted at St. Bede’s Church, Los Angeles, serving from 1989 to 2006.

John Hancock was born in Aberdeen, South Dakota, on August 4, 1919. Following high school graduation in Palo Alto, California, he studied at Menlo Junior College in 1939 and earned a bachelor’s degree in music in 1942 from the University of the Pacific. He received a certificate in 1945 from Church Divinity School of the Pacific; he earned a master of divinity degree there in 1971. At other times he studied at Pepperdine University, Loyola University and UCLA.

Formerly married to the late Dorothy Hancock, he is survived by his daughters Dorien McClellan and Rebecca Wright.

Hancock’s life will be celebrated as part of a Sunday Eucharist in June at St. Bede’s Church.