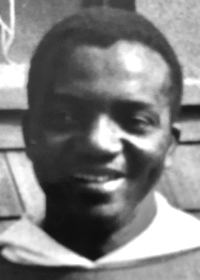 John Kpoto is pictured at his ordination in 1978.

The Rev. John Tufa Kpoto, a priest of the Diocese of Los Angeles, died Tuesday, Sept. 29 at Cottage Hospital in Santa Barbara from complications of pneumonia.

He was born in Bolahun, Liberia, in December, 1935. He was never certain of the exact date of his birth as such records were not always kept in his culture. His parents were among the first converts to Christianity, that part of Liberia being evangelized by the Order of the Holy Cross, and were active participants in the Holy Cross Mission in Bolahun.

Kpoto was trained as a teacher and taught school for a time in Monrovia, Liberia. He joined the Order of the Holy Cross in the early 1970s, and made his life vows in the order on Sept. 8, 1976. He graduated from the Church Divinity School of the Pacific in 1978 with a master of divinity degree. Bishop Rusack ordained him a deacon in 1978 and a priest in 1980, with the proviso that his sacramental ministry would be confined to the ministries of OHC. Kpoto was stationed at the order’s priory at Berkeley from 1974-78, in Santa Barbara from 1978-82, and briefly at the order’s work in Albany, NY in 1982.

At his request, Kpoto was dispensed from his vow and left OHC on August 29, 1982. He eventually found his way back to Santa Barbara, and for some time assisted the Sisterhood of the Holy Nativity at St. Mary’s Retreat House. He was not comfortable with ordinary social structures, and in time joined the permanent homeless population of Santa Barbara. But he did not lose his ministerial calling, offered regular religious services at nursing homes, and became widely known in the homeless community for his kind and sympathetic wisdom. He was said to give what little money he had to people less fortunate than he.

In the course of 2020 Kpoto’s health began to fail. The day before he died, he was able to make contact on Facetime with family members in Minneapolis, something he had resisted doing before. It brought him and them joy.

Survivors include his sister-in-law, Ruth, and his niece Phebe Koha.

The Order of the Holy Cross will host a socially distanced requiem Eucharist at the outdoor altar at Mount Calvary Monastery, 505 E. Los Olivos, Santa Barbara 93105, on Sunday, Oct. 18, at 4 p.m. Anyone who knew and loved John Kpoto is most welcome to attend. His ashes will be formally placed in the columbarium at Holy Cross Monastery, West Park, NY, at a time when his relatives can attend.

— The Rev. Adam McCoy, OHC, is prior of Mt. Calvary Monastery in Santa Barbara.