Bishop John Harvey Taylor issued the following notice to the people of the Diocese of Los Angeles on April 24, 2021. 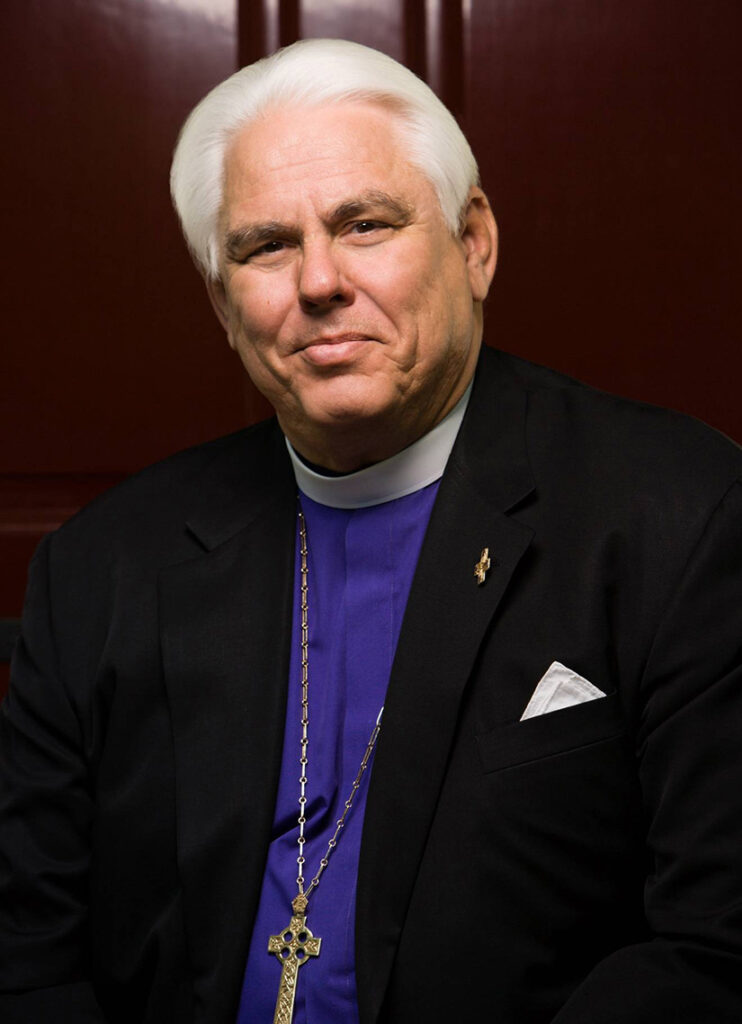 With deep sadness yet the assurance of resurrection in Christ, I write to inform you that the Rt. Rev. J. Jon Bruno, former bishop of the Episcopal Diocese of Los Angeles, died suddenly of natural causes at his home in La Quinta, California on Friday, April 23.

In making the announcement together with the other members of the Bruno family, his beloved wife, Mary A. Bruno, who was at his side, released the following statement:

“Our family and the many others who knew and loved Jon have been blessed with his magnificent life. We are gladdened to know that he has been greeted by St. Peter and is in the loving hands of God. We ask that our family is included in your prayers and our privacy respected in this time of grief.”

Bishop Bruno is survived by Mary, his wife of 35 years; his daughter, Jonelle; his son, Philip, and his wife, Mary; step-son Brent Woodrich and his wife, Andrea; nine grandchildren; and countless friends.

Please join me in honoring the family’s request for privacy at this time. Services and other arrangements are pending. More information, including a full obituary in The Episcopal News, will be shared in the days ahead.

For now, let us give abundant thanks for a legacy that will live long in our diocese, especially Bishop Bruno’s commitment to multicultural and polylingual ministry, his advocacy for inclusion and equity for all people regardless of orientation and identification, and the visionary Seeds of Hope ministry he co-founded, which has helped bear tens of thousands of our neighbors through the pandemic with its food and education programs. He chose for his episcopate the theme “Hands in Healing” as a means of inspiring others to mend effects of violence, discrimination, and loss.

Joseph Jon Bruno was born November 17, 1946 in Los Angeles and grew up in the Echo Park and Maravilla sections of Los Angeles. He graduated from East L.A.’s Garfield High School, Cal State L.A., and the Virginia Theological Seminary, which awarded him an honorary doctorate in 2001. He held a certificate in criminology from Cal State Long Beach and served as a police officer in Burbank, California. Raised a Roman Catholic, he entered the Episcopal Church through the parish of Epiphany, Lincoln Heights, during his youth.

He was ordained to the priesthood by Bishop Robert C. Rusack in the Diocese of Los Angeles in 1978, and served churches in Thousand Oaks, California, and Oregon before beginning ministry as rector of St. Athanasius Church in Echo Park in 1986. There he conceived of the idea to build, on that site, the Cathedral Center of St. Paul and was installed as its first provost in 1994 by Bishop Frederick H. Borsch, whom he succeeded in 2002 as sixth bishop of Los Angeles, having been elected bishop coadjutor in 1999.

Please join Bishop Bruno’s longtime friends and colleagues Bishop Bruce, Canon McCarthy, and me in prayer for the Bruno family and the whole diocese at this time.

Give rest, O Christ, to your servant with your saints, where sorrow and pain are no more, neither sighing, but life everlasting.

Yours in Christ,
+John Harvey Taylor