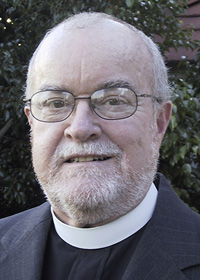 Services will be held at Saint Mary’s Church, 961 S. Mariposa Avenue, Los Angeles, on July 10 at 10 a.m. In lieu of flowers, the family asks that memorial donations be made to Mental Health America.

In addition to his vocation as a priest, Van Horn was a lifetime local, regional and national advocate for people with mental health issues.

In 1980 he became president at CEO of Mental Health America of Los Angeles-Long Beach, (MHALA) and served in that role until 2009, when he retired and was named president-emeritus.

“Richard permanently changed the way mental health services are offered, not just in California but around the nation,” said a statement issued by the organization upon news of Van Horn’s death. “He was a major force in bringing about the Mental Health Services Act and a true pioneer in the recovery movement, which transformed the lives of countless individuals dealing with mental health needs. His advocacy on behalf of MHALA and those with mental health challenges continued long after he stepped down as CEO.”

Concurrently with his work at MHALA Van Horn served St. Mary’s (Mariposa) as associate priest, often officiating at baptisms, funerals and weddings. “His study of world religions and his experience at several interfaith weddings earned him the moniker of ‘honorary rabbi,’” according to an obituary written by his family.

Van Horn’s experience in mental health work began during his service as canon missioner for congregation planning for the Diocese of Los Angeles, work he began in 1974. He joined the board of the small local Mental Health Association, later becoming its executive director. With the help of an unexpected $7 million bequest, he helped MHA become a national and international leader in mental health services.

“Richard played a key role in the development of more progressive and humane mental health policies and services in Los Angeles County, throughout California, and at the national level,” according to his family. “His was a unique combination of moral authority, policy expertise, and political savvy. In 2004 he joined with then-State Assemblyman Darrell Steinberg to help draft and pass Proposition 63, the Mental Health Services Act. Through an added tax on the highest earners, the measure injected substantial new funding for services across California. He was a mentor and advisor for generations of leaders in the field of mental health.” 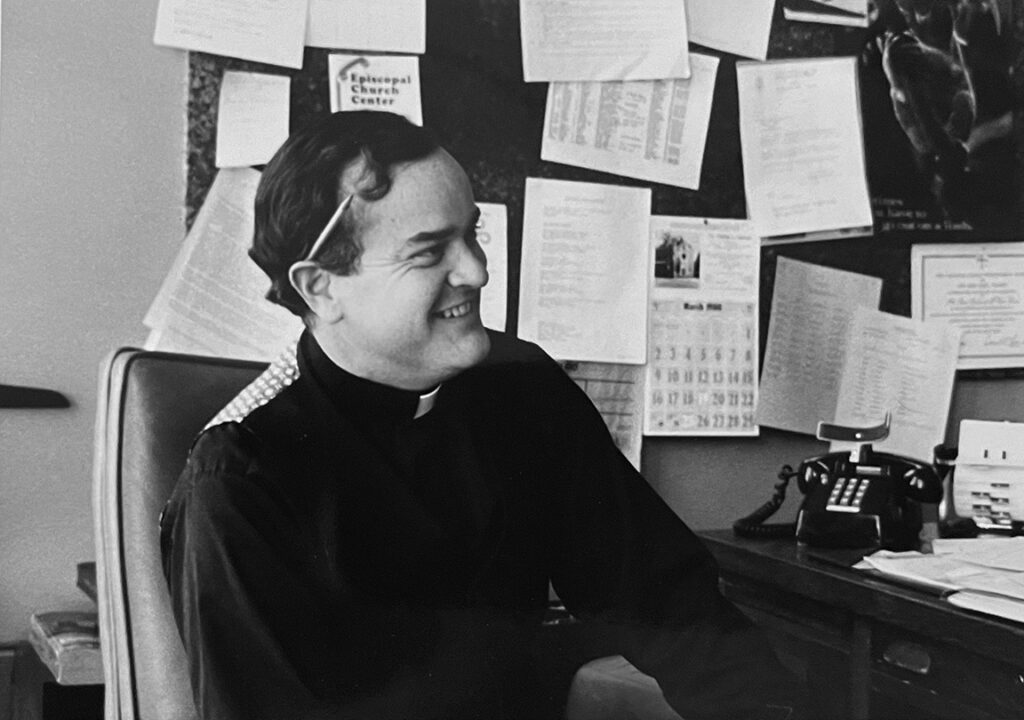 Richard Van Horn is pictured at his desk at Diocesan House, former headquarters of the Diocese of Los Angeles, in the 1970s. Photo: Gethin Hughes

Van Horn was known for being a “square shooter” and a “straight arrow, according to Republican state senator Ed Davis, as quoted in a 1983 Los Angeles Times article about Van Horn by staff writer John Dreyfuss. He also was known for his skill in getting people with widely disparate viewpoints to work together in the cause of mental health care.

“The public attitude about mental illness is the biggest nut Dick Van Horn helps to crack,” said William J. Thomas, a colleague at the California Mental Health Association, in the 1983 article. “Dick has made a big contribution to changing that image. He’s done it with an insatiable caring for people, he’s done it by mowing his facts and burning midnight oil and representing the mentally ill as human beings with curable problems. He is an incredible person.”

From 1988 to 2005, Van Horn was a board member of the Cathedral Corporation, which managed funds raised from the 1979 sale of the earthquake-damaged St. Paul’s Cathedral. The corporation dispersed grants from the monies it held in trust, and eventually oversaw construction of the Cathedral Center of St. Paul, the diocesan administrative and ministry hub now known as St. Paul’s Commons.

Van Horn also served on the diocese Standing Committee from 1984 to 1988 and on the Commission on Ministry from 1981 to 1984. Robert C. Rusack, fourth bishop of Los Angeles, named him a canon of the diocese in 1980.

Richard Van Horn was born in Arcadia, California, on Sept. 24, 1939 and was educated in its schools. He excelled in debate and enjoyed tinkering with cars. In his teens Van Horn joined the Episcopal Church. His faith deepened during his years at Harvard University, where he earned a bachelor’s degree. After graduation in 1961, he spent a year in Japan on a church-related fellowship, helping to build a church youth camp, teaching English as a second language, and nurturing what became a lifelong interest in Japanese culture. Upon his return to the United States, he enrolled at General Theological Seminary in New York, where he became known as a fierce social justice warrior.

“His nickname in seminary was the Tasmanian Devil because he was known for having a healthy temper that he didn’t hide when it came to small-thinking people and social injustice,” said his seminary roommate Jeffrey Cave, quoted in Dreyfuss’ article. “His anger was always constructive. He was intolerant of bureaucracy and silly rules … he was competitive and a real leader there at school … Dick always had a strong concern with social programs.”

Francis Eric Bloy, third bishop of Los Angeles, ordained Van Horn to the diaconate in September of 1965, and to the priesthood the following March. He served as curate at St. Mark’s Church, Van Nuys; as urban associate at St. Mary’s (Mariposa), rector of St. Barnabas’ Church, Los Angeles; and as director of an alternative high school at St. Luke’s Church, Long Beach before his appointment to his diocesan position.