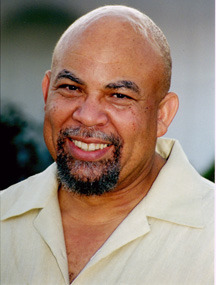 Robert Lee Johnson, Jr., longtime lay leader at St. John’s ProCathedral, Los Angeles, vice-president of the Corporation of the Diocese and honorary canon of the Cathedral Center of St. Paul, died July 14. He was 63.

Survivors include Johnson’s wife, Sara Finney-Johnson; his children Nichelle Johnson McMillian and son-in-law Will; Robert Johnson and Christine Johnson; his sister Frances Johnson; brothers- and sisters-in-law and nephews and nieces.

Robert Johnson was born in Cleveland, Mississippi on July 23, 1950, the eldest of four children of Robert Lee Johnson Sr. and Willie Eva Beamon Johnson. The family moved to Los Angeles when Robert was two, and attended Miracle Baptist Church, where Robert remained an active member for many years.

He was graduated from Washington High School in 1968 and attended Los Angeles City College. He married Margaret Cavette Hall, and the couple had a daughter, Nichelle.

In 1977, Johnson became one of the first African-American brokers at Merrill Lynch. He later worked at the Copeland Companies as a financial broker, and was licensed by the California Department of Insurance as a viatical settlement broker and consultant. His career as an independent financial advisor spanned nearly 25 years.

After his first marriage ended, Johnson married Deborah Christine Sears in 1980; they had two children, Robert and Christine, and the family became members of St. John’s Church (now the ProCathedral), where Johnson served as senior warden, junior warden, president of the men’s club, vestry member, treasurer, member of the Writer’s Group of St. John’s and the master planning committee. In the community he was a board member at the Lula Washington Dance Theater for many years.

Deborah Johnson died in 1996 after 16 years of marriage. In 2002, Robert Johnson married Sara Finney, who survives him. The couple was known at St. John’s for their lavish annual Easter party and egg hunt for family, friends and neighbors. Another of his hobbies was vintage cars. He was an accomplished mechanic; his family claimed that he could fix anything. He also was an accomplished writer and poet, and an award-winning artist whose skill and talent showed in his drawings and paintings. He studied with African-American social realist artist Charles W. White.

According to his family, “Bob was a friend to all who were blessed to know and love him. He was a big guy, with a big heart. A soft-spoken man who didn’t need to raise his voice, he carried himself with grace, a true gentleman. He was respected and admired for his sense of fairness, his warm humor, his intelligence and his wisdom. he was a gentle soul who did all he could to help not just family, but anyone that he saw in need … He was truly an exceptional man.”