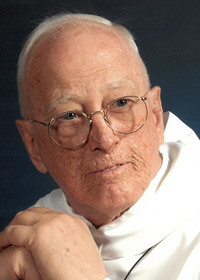 The Rev. Thomas Haines Schultz, monk of the Order of the Holy Cross, died March 16 at a nursing home in Santa Barbara, where he was a resident of OHC’s St. Mary’s Retreat House since 2008. He was 87 and canonically resident in the San Francisco-based Diocese of California.

A native of Pittsburgh, Schultz earned a bachelor’s degree at its eponymous university, then a master of divinity degree at Nashota House in 1959. He was ordained to the diaconate in June 1959 and to the priesthood the following December. He made his life profession in OHC in 1961. He later earned a doctor of divinity degree at Church Divinity School of the Pacific. He was a member of the American Counseling Association and the South Carolina Counseling Association, as well as MENSA.

He served at monasteries and retreat centers in New York, Liberia, Dallas, South Carolina and San Francisco. Known as a counselor, spiritual director and confessor, he was the author of Rosary for Episcopalians (1992).

Brother Robert Sevensky, OHC, wrote of his friend, “He was a well-loved spiritual director and confessor who enjoyed both people and a good cup of tea. … His love of God was evident in the way he presided at the Eucharist, with deep reverence and care, and in his simple homilies which always had some nugget to ponder. Tom’s past year was spent in a nursing home, where his spirit remained cheerful and engaged until the end. May he rest in peace.“