The Bishop’s Blog: Plenty Good Room For All 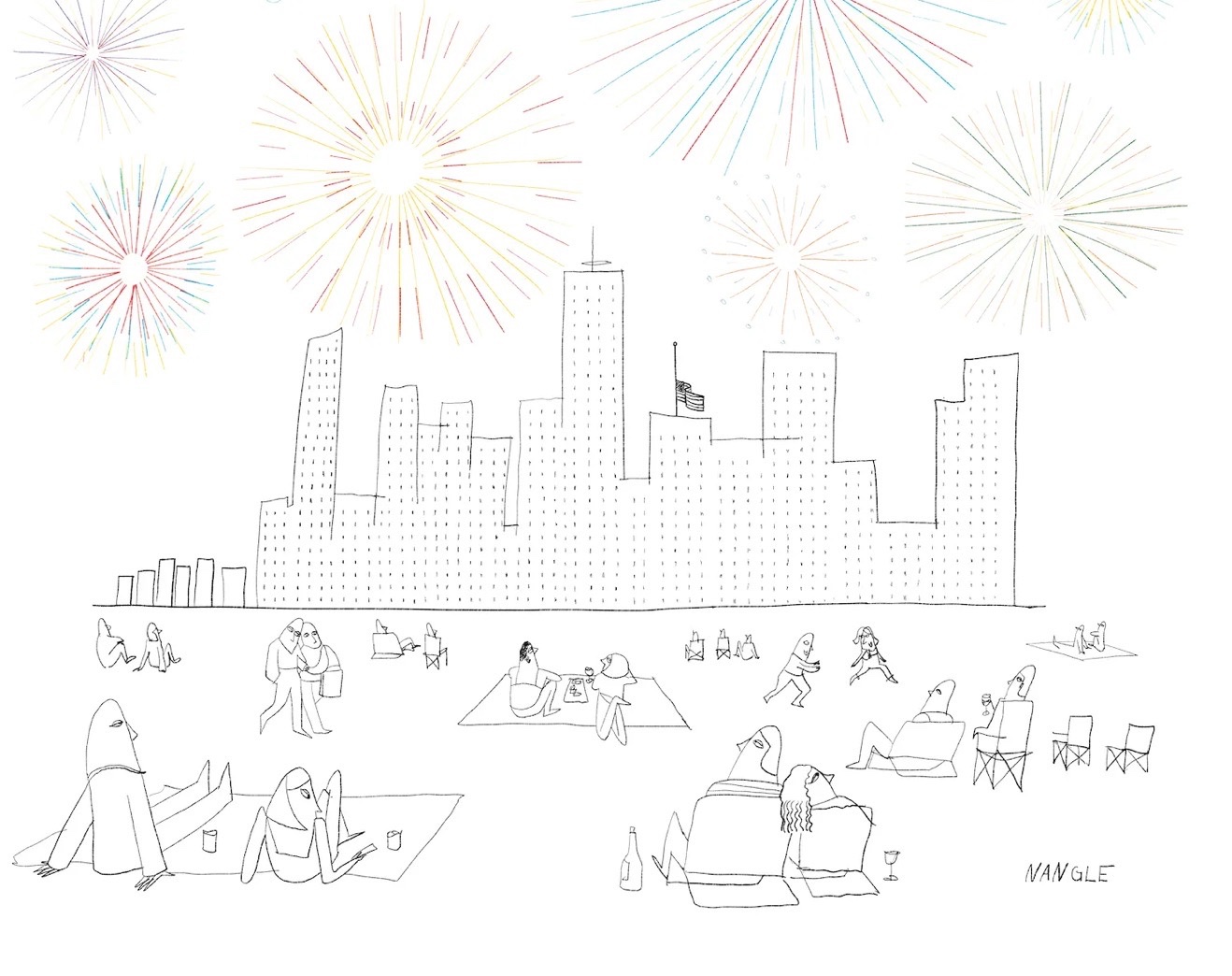 News of six dead in a mass shooting in Illinois, and young Jayland Walker killed by police in Akron, further darkened this ambivalent Fourth of July. It’s hard to escape the feeling that perfecting the union may have reached its high water mark. Disassembling it may actually be ahead. Differences between those with coastal and heartland sensibilities seem increasingly unbridgeable. Enabled by SCOTUS, red states are trying to wall themselves off from the federal government, claiming power over national elections, environmental policy, and women’s reproductive choices.

While few think it will be as bad as the Civil War, almost no one seems to think it will get better anytime soon. But why shouldn’t it? It’s not happening by itself. It’s not a curse or spell. Our country doesn’t have a mysterious ailment that is immune to the vaccine of civic decency. We have done this to ourselves. Many of our leaders get ahead by exploiting our fears and prejudices, scapegoating and demonizing whole groups, dividing our national house against itself. It’s how they win and stay in power. And we let them, because we have often chosen them poorly.

By taking things seriously, but sometimes taking ourselves too seriously, we people of faith sometimes do the same. If we want things to get better, we have to become the opposite of what we abhor, wandering through the dark rooms in our house divided and flinging open doors and windows, inviting everyone downstairs for a potluck, checking in, saying a few things about themselves, mentioning their favorite color and movie.

If I could divide the whole country into small discussion groups, I would ask them to talk about what they think “life, liberty, and the pursuit of happiness” mean and then to reimagine a country that kept its promise to ensure them for all.

Try it at home. Try it at church. Imagine plenty good room, as Presiding Bishop Michael B. Curry likes to say, for trans athletes, as well as their cis-competitors. Fetuses, and those unable or unwilling to carry a pregnancy to term. Teachers in Florida, being told to hide photos of their same-gender spouses, and their evangelical Christian neighbors. Black Lives Matter, and the Police Benevolent Assn. Construction workers in Idaho, and those struggling to keep them from building houses on protected wetlands. Oil workers and coal miners feeding their families, and anti-fossil fuel activists saving the planet. Young men of African descent at high risk of dying from gun violence on city streets, and high school-educated white men in economically lagging towns who think city folk get all the breaks. Gun owners, and those who won’t die if we do more to keep them safe. Immigrant workers, and the immigration alarmists who feast on the produce they pick.

“Say what?” folks would say. Yep. Sorry. Room for everyone. Of course for everyone to have a place, everyone to matter, everyone would have to stipulate the value of sharing the space and then move over and make room. For reconstructing the union, our tools would all come from the gospel — empathy, gentleness, accountability, forgiveness, and compromise. Our shared humanity, createdness, and belovedness. Our baptismal promise to respect the dignity of every human being,

Small group work won’t take us the whole way. Acts of hatred and violence aren’t fit for our national living room. Human rights aren’t negotiable. But we are apt to cut folks off well short of those thresholds. We rationalize ourselves out of relationship with those who believe differently. We all know whom we’d never invite to dinner.

The second Continental Congress modeled this well 246 years ago in Philadelphia, throwing a Fourth of July picnic that excluded enslaved people (41 of the 56 signers of the Declaration of Independence were believed to be slave owners), women, poor people, and the “merciless Indian savages” named in the text itself, from whom colonists had mercilessly appropriated the real estate.

With all that, they gave us a federal republic with many virtues except the virtue of making it easy for the majority to get its way. In these days of minority rule, the flaw looms larger and larger. The minority are obviously afraid of what will happen when our pluralizing majority finally exerts its full authority. So the democracy we do have is fraying. Sectarianism and political violence are escalating. It all feels up for grabs.

Some good leadership would help. In South Africa, Nelson Mandela came into power when a minority was right to fear the wrath of a long-oppressed majority. And yet he preached the gospel of trusting the people. “It is not our diversity which divides us; it is not our ethnicity, or religion or culture that divides us,” he said. “Since we have achieved our freedom, there can only be one division amongst us: between those who cherish democracy and those who do not.”

This is the day when such love of liberty, which is the ability to chart one’s own course, is supposed to be the one thing about which Americans agree. By God’s grace, may this shadowy Fourth be a fork in the road. May we who follow the Risen Christ keep our watch all along the road of light, modeling our innate trust in community and union.