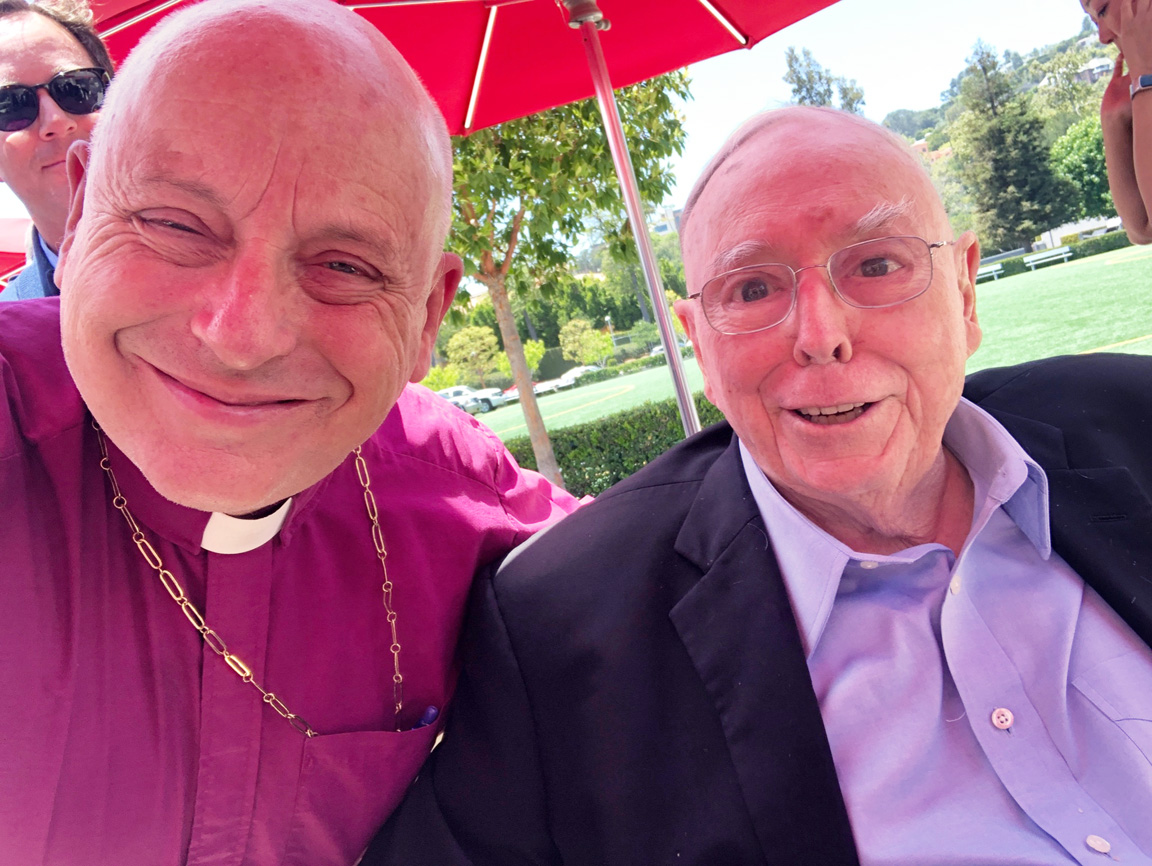 With the legendary Charlie Munger this afternoon at Harvard-Westlake School, as the board gathered for our annual half-day retreat. Charlie’s been a trustee for a half-century. When we weren’t talking politics, he marveled at how this premier day school, formed in 1991 by a merger between the Harvard School and Westlake School for Girls, has grown and thrived during those years. Charlie’s vision and generosity have played no small part in the story. Early in the 20th century, Harvard became an Episcopal Diocese of Los Angeles institution thanks to the vision of Bishop Joseph Horsfall Johnson, our first diocesan bishop, who named as headmaster Robert Burton Gooden, later the diocese’s first bishop suffragan. Read more here.