The Bishop’s Blog: A conversation with Archbishop Naoum of Jerusalem 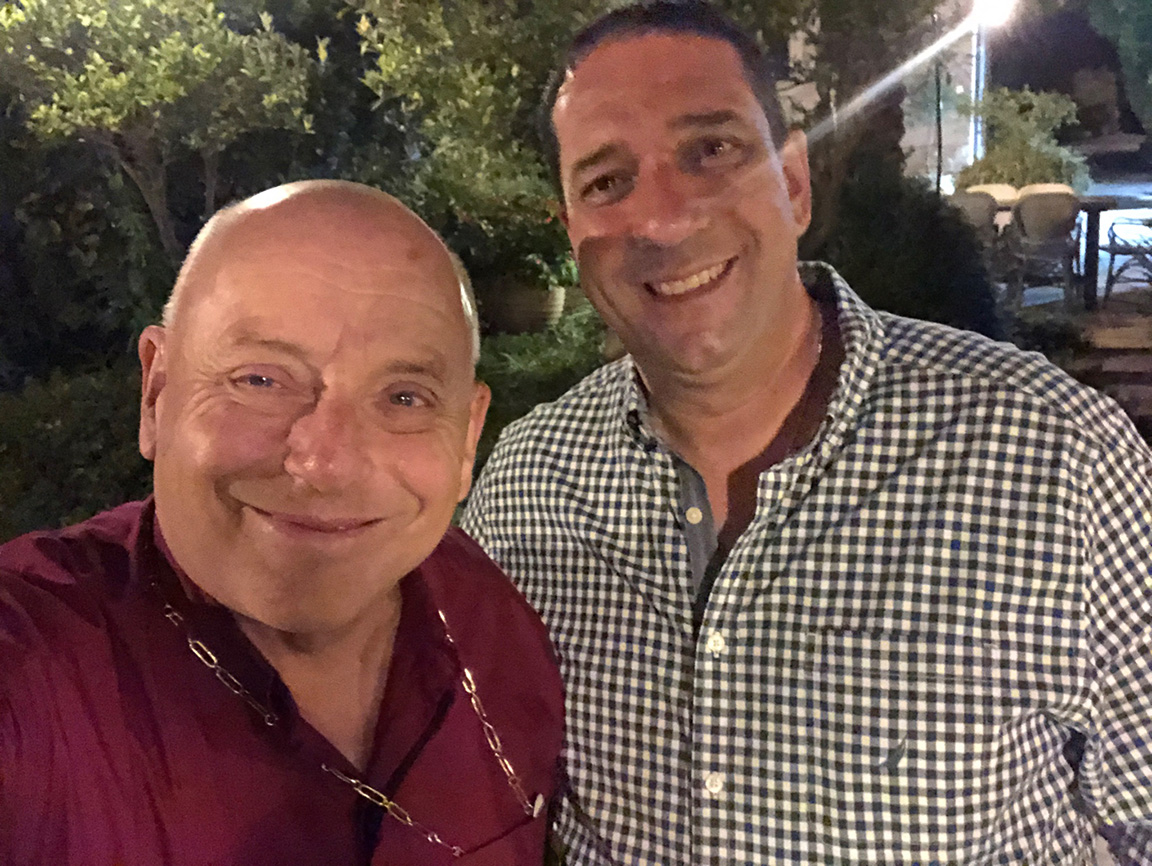 In the garden of the historic American Colony Hotel, I spent my last evening in Jerusalem in a long, rich conversation over dinner with the Most Rev. Hosam Rafa Naoum, archbishop and primate of The Episcopal Diocese of Jerusalem.

Born in Haifa and raised in the Galilean town of Shefa’amr (he and the Rev. Canon Fuad Dagher, now the legendary rector there, grew up, up, and up together), he began his theological education in South Africa. One of his mentors, Archbishop Desmond Tutu, used to call him that son of a carpenter from Galilee — which, in fact, Hosam is.

He has two more degrees, from Virginia Theological Seminary. He served parishes in Nablus and Zababdeh before being called as dean of St. George’s Cathedral, Jerusalem and then elected bishop. Still not quite 50, he manages a complex network of churches and other institutions, including schools, hospitals, clinics, and social service organizations, spanning five national regions. Another mentor, colleague, and friend is Archbishop of Canterbury Justin Welby.

Hosam is especially devoted to providing hope, and the means of fulfilling hope by remaining at home, to young Palestinian Christians who are naturally prone to discouragement, and the temptation to move to Europe or the U.S., as their nation’s political and economic identity and stability hang fire.

At the diocese’s synod and June, the archbishop made history by successfully shepherding a canonical change enabling woman to be ordained and consecrated as deacons.

When he talks about what The Episcopal Church and others can to do help, he stresses prayer, peace advocacy, and pilgrimage. He did tell me tonight that when he spoke to the British House of Lords, a member harrumphed that he should add a fourth P for pennies.

Our conversation was about the ministry we share together (same stuff, different contexts, it turns out), the political situation, and his visit to the Episcopal Diocese of Los Angeles for our annual convention in November, when we’ll be talking about ways his diocese of five nations and ours of five and half counties can renew bonds of mutual affection and ministry.

Return to the Bishop’s Blog