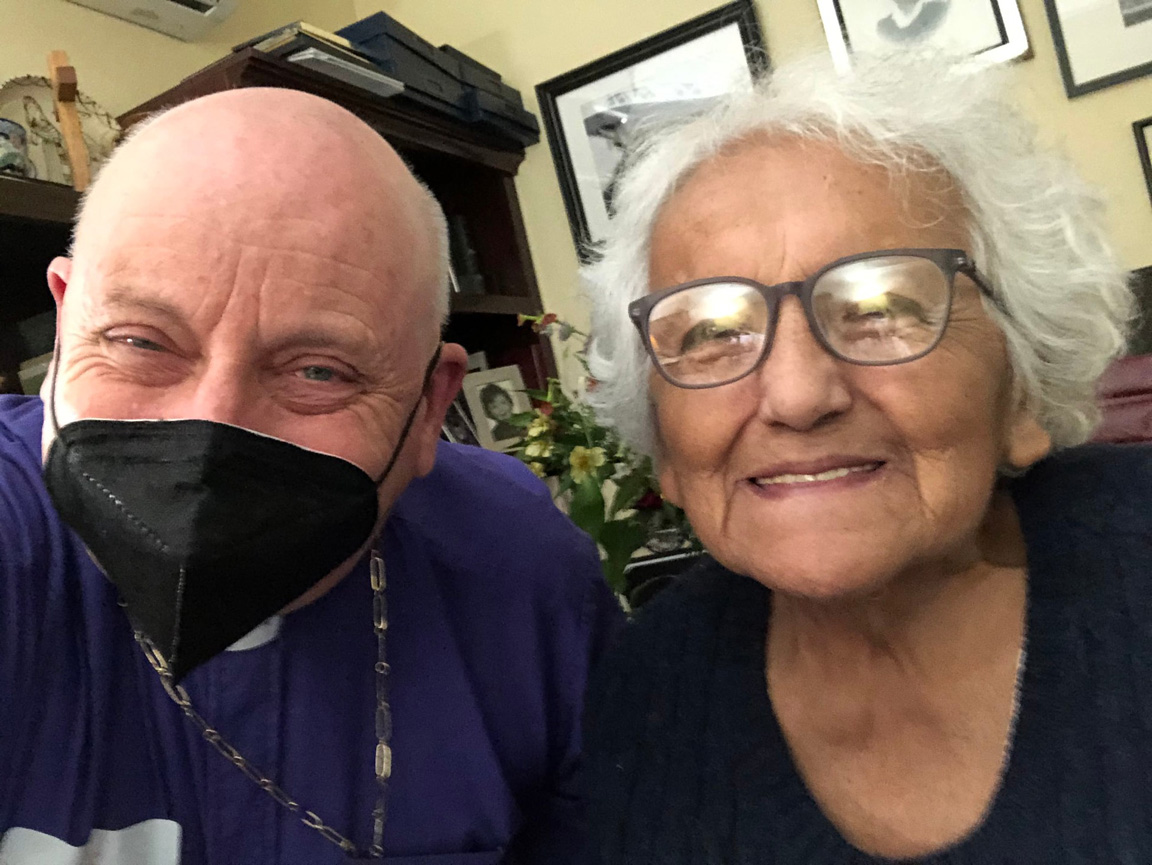 The phone was ringing when I arrived at Canon Lydia Lopez’s Alhambra residence this evening, and it was ringing as I left. This giant of justice was celebrating her 80th birthday, and everyone wanted a piece of the celebration.

Amid all the well-wishing, we paged through her scrapbook, which brims with her story. Raised in East Whittier, friend of United Farm Workers co-founder Cesar Chavez and Dolores Huerta. Stalwart of legendary Church of the Epiphany — Los Angeles, which served as headquarters for the struggles for peace in Indochina and farmworker justice in the sixties and early seventies.

Past president of the United Neighborhoods Organization, Lydia partnered with actor Dennis Weaver to battle food insecurity, lobbied hard to make sure LA Metro lines would serve working people, and battled insurance redlining that hurt Hispanic neighborhoods. Legislation she inspired cut some folks’ bills from $1500 to under $600.

A former member of the Episcopal Diocese of Los Angeles staff, she recently completed a record 27 years on the Commission on Ministry, helping form generations of lay and ordained leaders. One still gets the impression she runs the world from her apartment. She’s up on everything and everyone.

A special treat for me was running across clippings of the old Los Angeles Times masthead, where my mother and Canon Lydia’s friend from their beloved All Saints Church in Pasadena, Jean Sharley Taylor, appeared as associate editor. Before I heard God whispering reliably in my ear, I remember my mom telling Lydia Lopez stories. 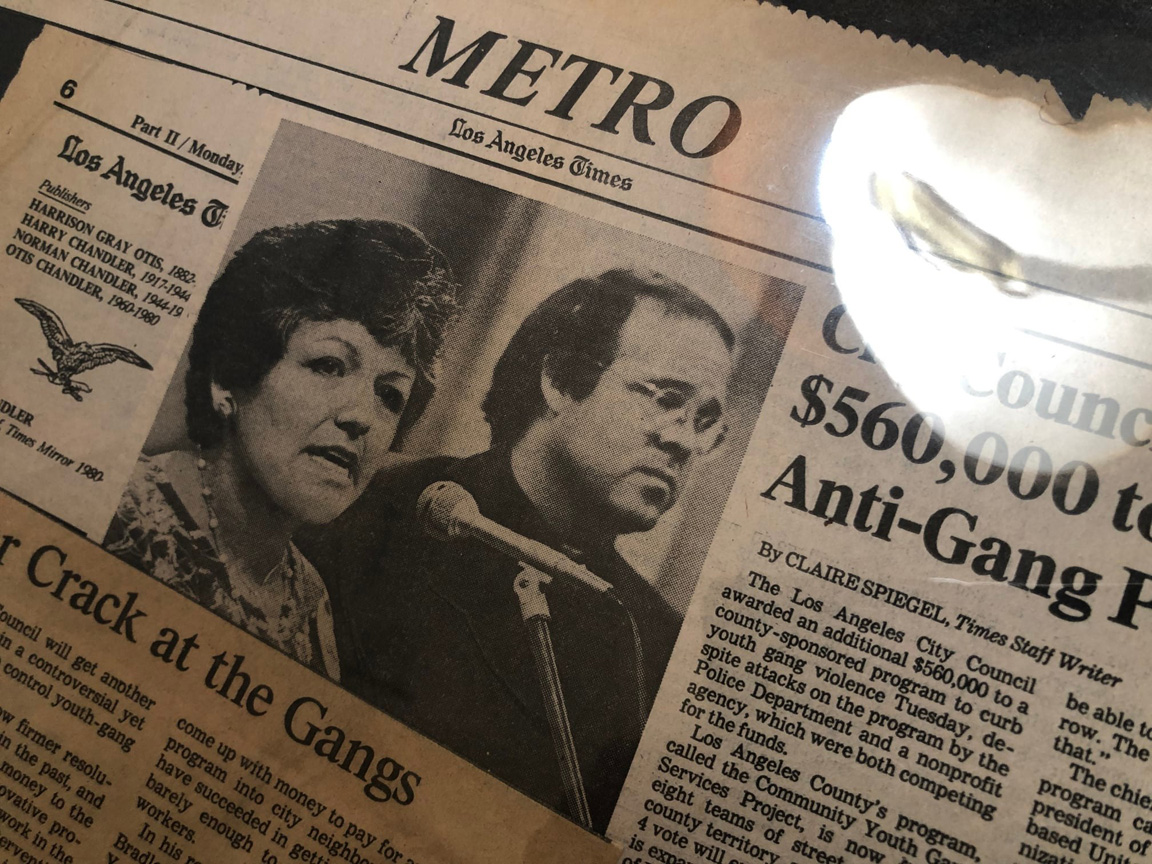 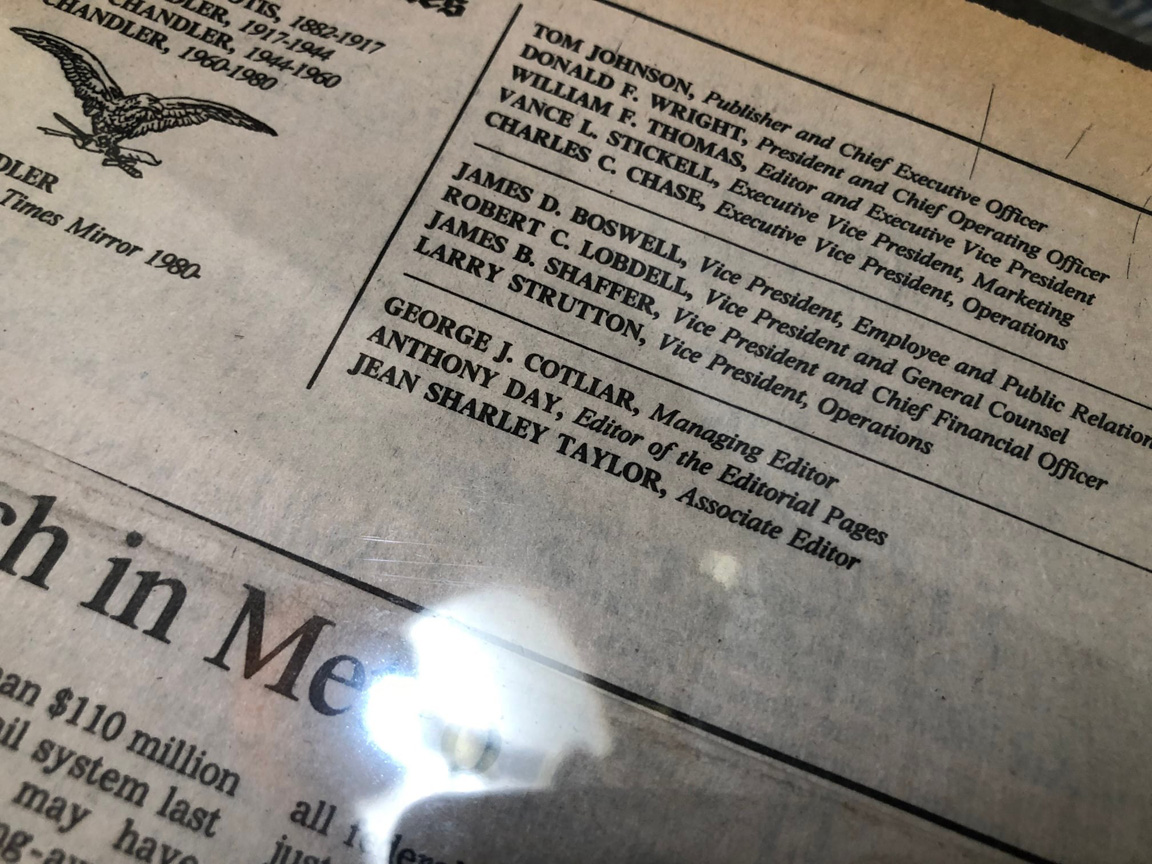 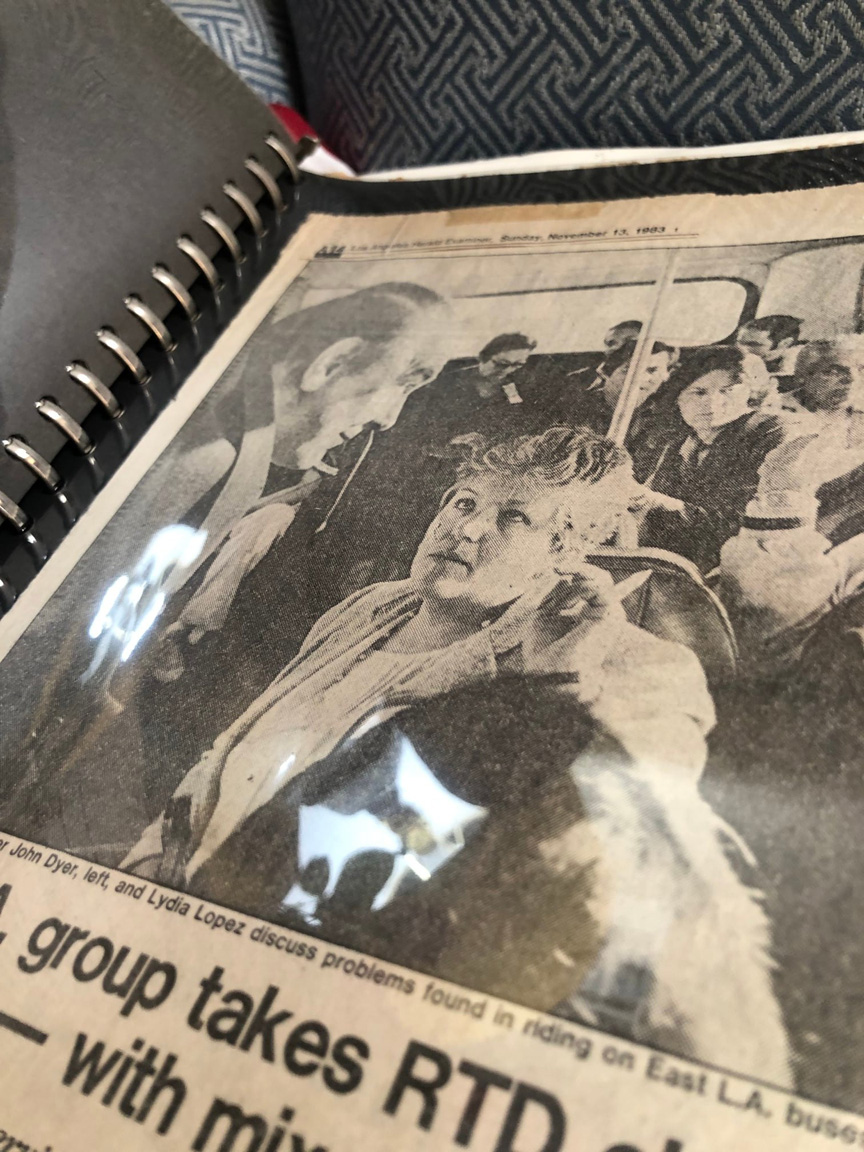 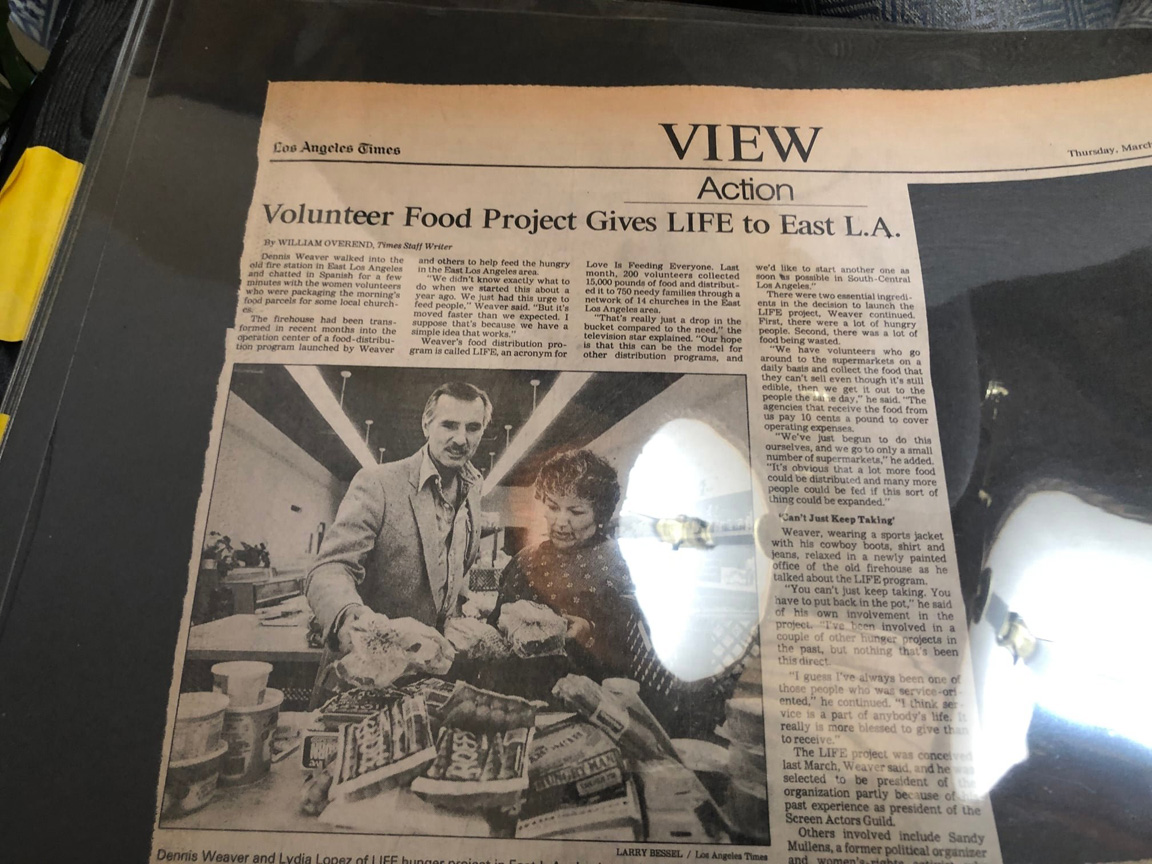 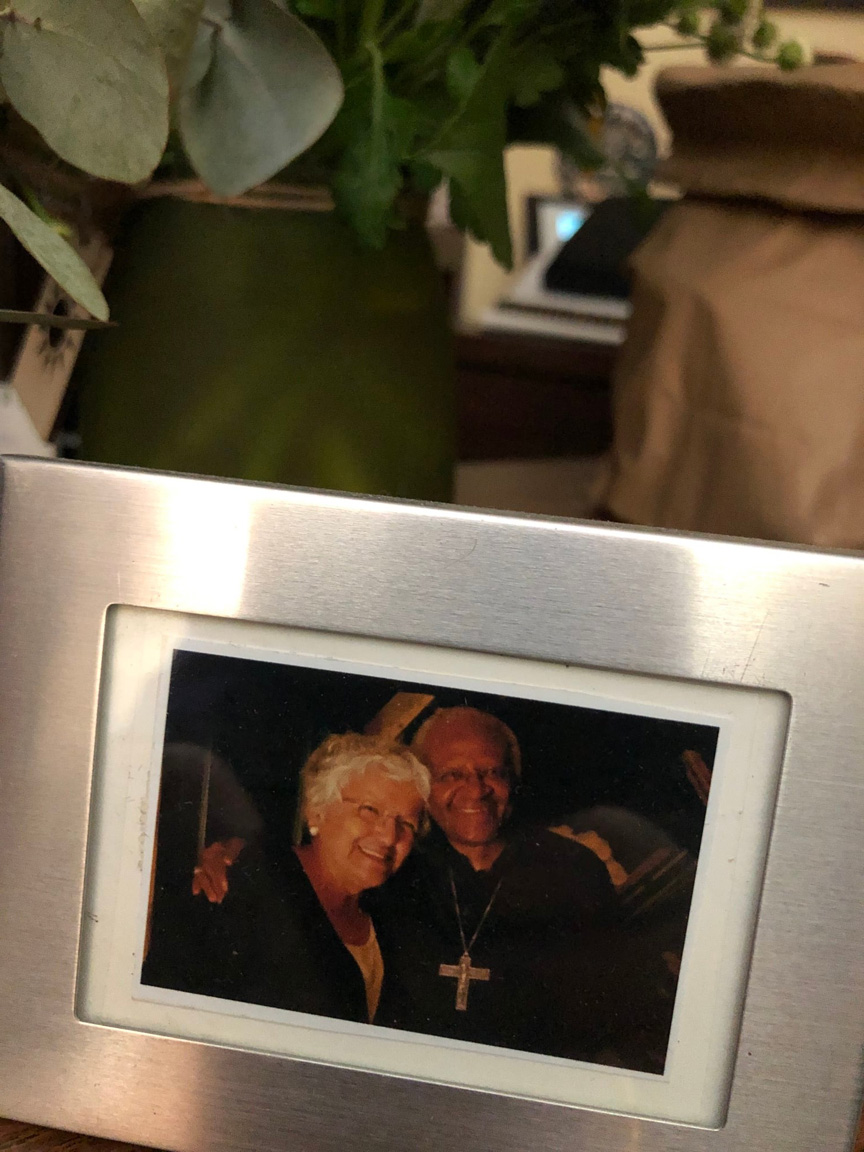