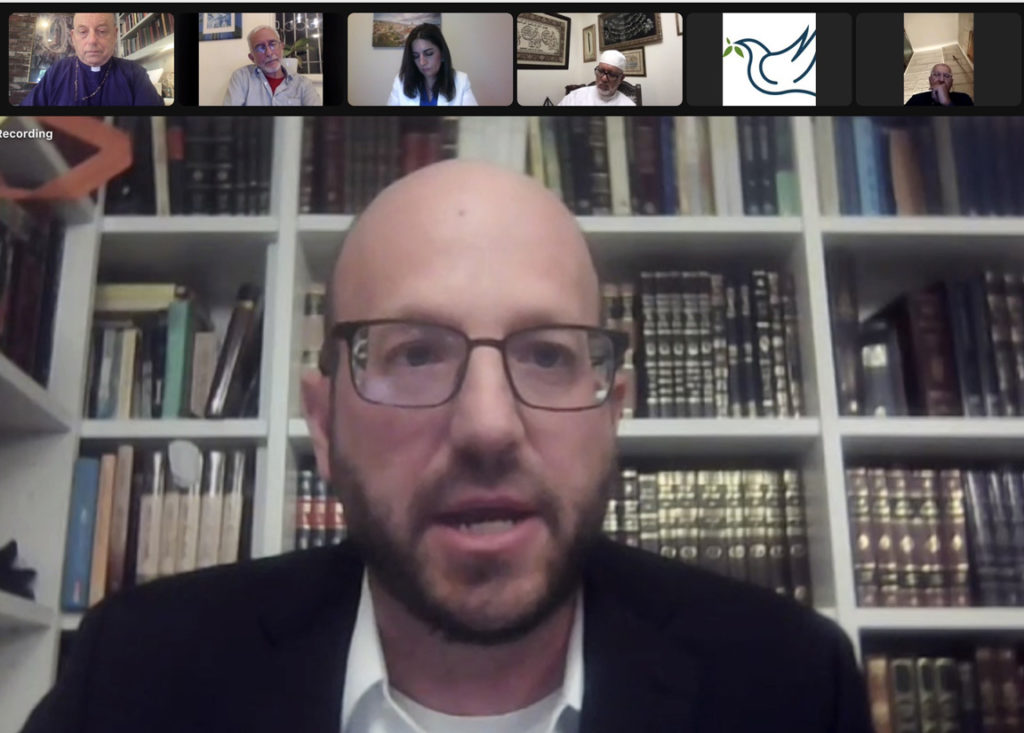 At this morning’s Episcopal Diocese of Los Angeles town meeting on Israel and Palestine, attorney Daniel Seidemann of the Jerusalem Peace Institute said that holy sites in and around the Old City are at risk from being encircled by radical Israeli groups hostile to the Christian presence in the the land of the Holy One. The General Convention of the Episcopal Church addressed the issue this summer in Baltimore. Learn more about the institute, and sign up for its newsletter, here.

The usual interfaith dialogue and lobbying of U.S. politicians only go so far, said Rabbi Daniel Roth, director of the Religious Peace Initiative. He called on religious leaders to visit the region and engage a wide range of their counterparts on an incarnational, person-to-person basis, especially conservative Israelis. Speak to them, he said, using religious and theological language, in the terms of the canon and traditional we share. Speak and build relationship, he said, and keep the conversation going.