Charles Dickens’ vision of that place where all are welcome 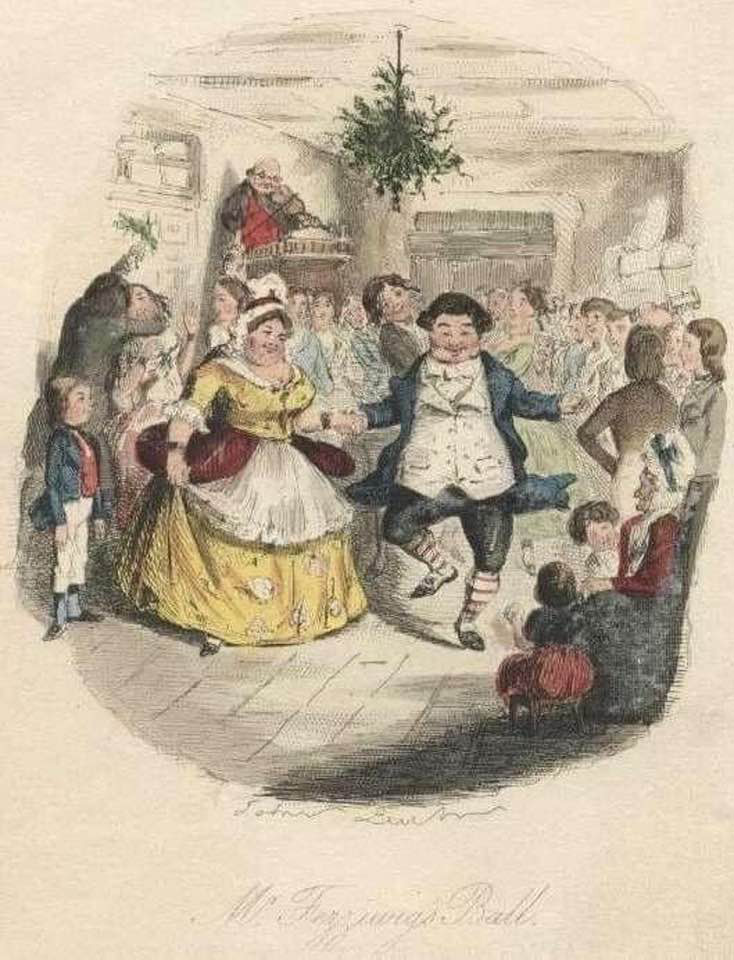 “In came a fiddler with a music book, and went up to the lofty desk, and made an orchestra of it, and tuned like fifty stomachaches. In came Mrs. Fezziwig, one vast substantial smile. In came the three Miss Fezziwigs, beaming and lovable. In came the six young followers whose hearts they broke. In came all the young men and women employed in the business. In came the housemaid, with her cousin, the baker. In came the cook, with her brother’s particular friend, the milkman. In came the boy from over the way, who was suspected of not having board enough from his master; trying to hide himself behind the girl from next door but one, who was proved to have had her ears pulled by her mistress. In they all came, one after another; some shyly, some boldly, some gracefully, some awkwardly, some pushing, some pulling; in they all came, anyhow and everyhow.”

— From A Christmas Carol, stave two, Charles Dickens’ vision of that place where all are welcome.