The Bishop’s Blog: Labor Day and The Detroit Reporter 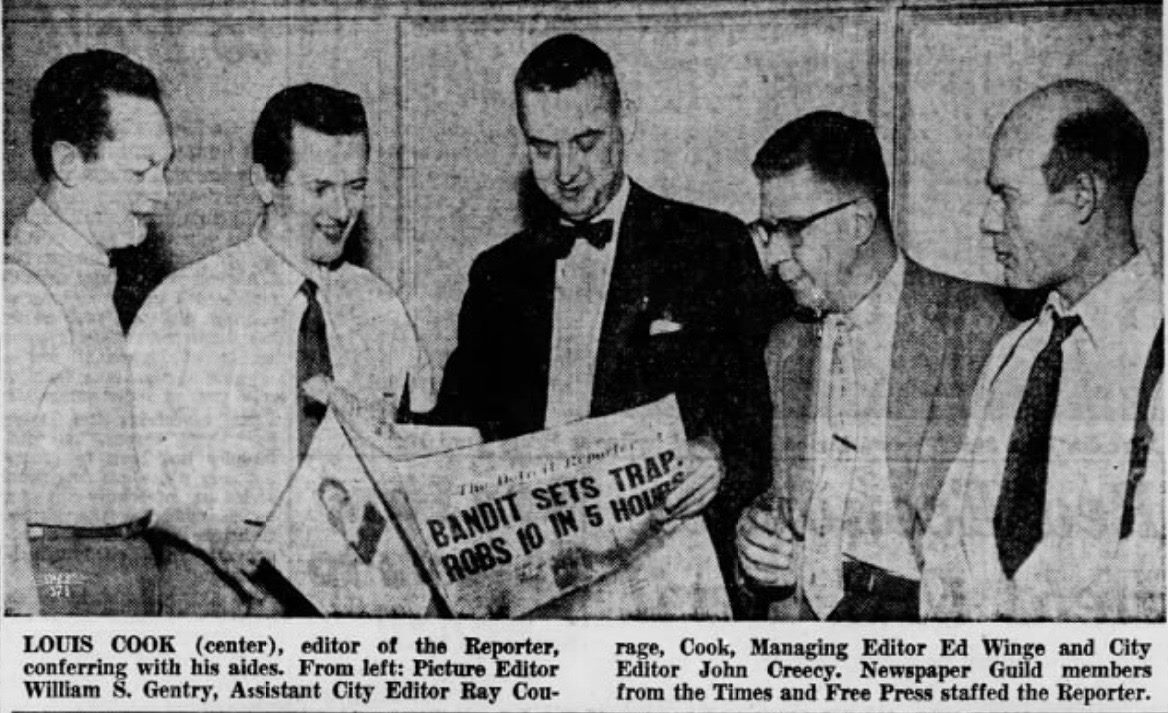 A #LaborDay song of a short-lived daily, “The Detroit Reporter,” published from early December in 1956 until Jan. 13, 1957. It’s a story about the labor movement, all-American ingenuity, and my gloriously ink-stained family of journalists.

My godfather, Louis Cook, six-feet five in a bow tie, was president of the local Newspaper Guild. Famous for his whimsical columns and irresistible charm, he was an Iowa progressive with an FBI file and a union man to the core. Three weeks before Christmas, he called a strike against Motown’s dailies, the “News,” “Times” (where my father Harvey was an editor, columnist, and critic), and “Free Press” (where Louis and my mother, Jean Sharley Taylor, worked).

With the great city’s reporters and editors fretting about how they’d pay the rent, Louis pitched his other bright idea: Putting out what was called a strike paper to provide readers with their morning news and union members with a few bucks for groceries. He lined up backing from the Detroit union council and found space at a printing plant.

Hence “The Detroit Reporter,” which Louis edited. An article in its last issue on Jan. 13, bylined Charles Manos and looking back on five weeks of guerrilla journalism, reveals what happened in the paper’s first hours. Manos manages to feature every member of my complicated parental trinity.

My father, Harvey, is described as having a cup of coffee with buddies and saying, “Louie’s getting a paper out. Let’s go help him.” Mom (who ended her career as a top editor at the LA Times) also gets a starring role: “Little Jean Sharley … became a pillar of strength in getting those first and most important ads. And then went on to shepherd women’s copy into the paper. She got a rousing cheer the first night when the crowd in the dingy city room learned that she had modestly told Cook, ‘We got an ad from Saks.'”

“Let’s take each problem as it comes along,” said Louis about the challenges of starting a newspaper from scratch. His cheerful pragmatism won the day on both counts. The editorial workers got their new contract, and the “Reporter” was turning a profit on its last day.