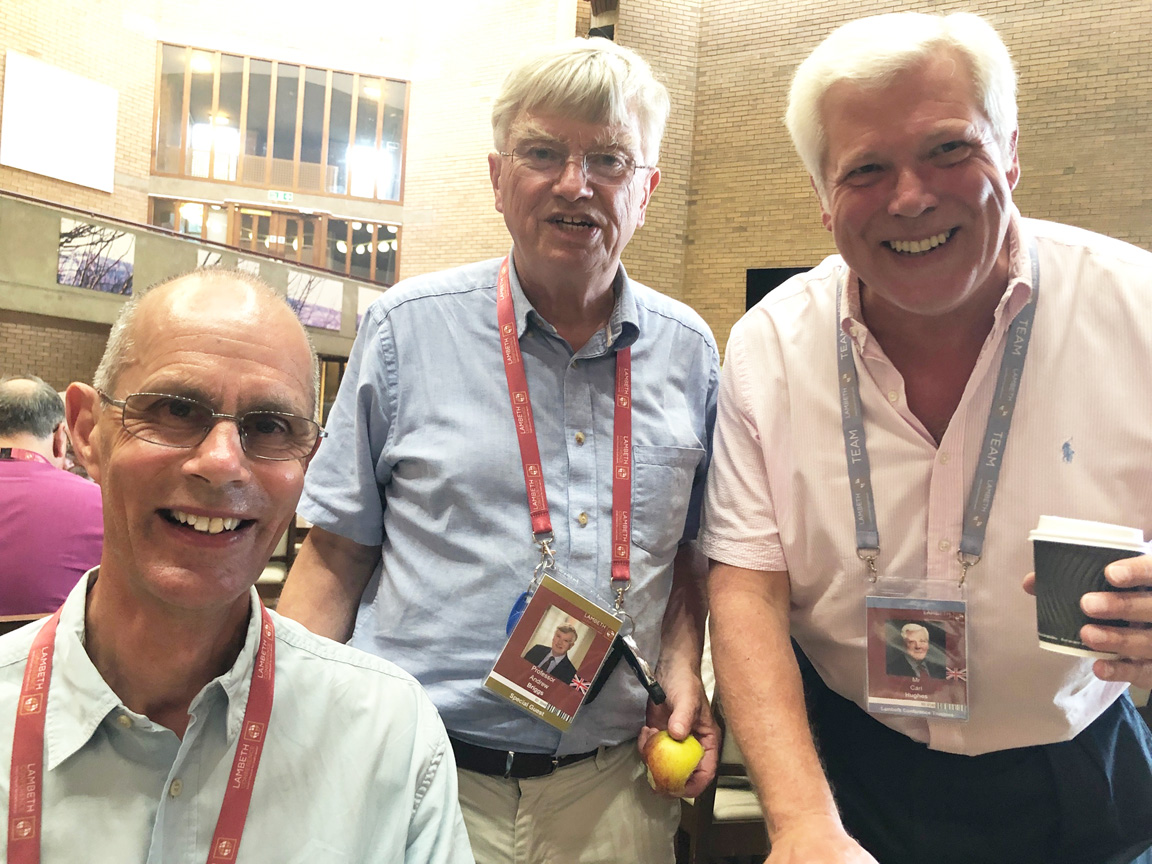 The Rt. Rev. Richard Cheetham, bishop of Kingston, England, trained as a physicist before being ordained, believes the 21st century church will evangelize more effectively if we show spiritually hungry young people that faith and science are wonderful compatible. One of the less-noticed “Lambeth Calls” is devoted to the subject.

Richard and I had dinner today. It’s what happens at the Lambeth conference, where just about everyone you run into on the sidewalk is fascinating. I also met up with Archbishop Ian Ernest, who runs the Anglican Center in Rome; the Rt. Rev. Sabu Cherian, bishop of Kerala in the Church Of South India, who has a parish worshiping at St Thomas Episcopal Church, Hacienda Heights, CA thanks to the hospitality of the Rev. Fennie Hsin-Fen Chang and her good people; the Rt. Rev. Jacques Boston of Guinea, who had the vision to canonize the Rev. Canon Patricia O’Reilly, in thanksgiving for her work helping establish a school in his diocese; and the Rt. Rev. Stephen Than Myint Oo of Myanmar, who listened patiently to my story about visiting Burma with Mr. Nixon in 1985. I also had the pleasure of introducing the Rev. Ryan Macias to the Rt. Rev. David Alvarado of El Salvador, who told the bishop about his recent visit to his country. I’m grateful to our own the Rev. Katherine Feng, who, with Fennie, has been translating for the Rt. Rev. Lennon Chang of Taiwan, for taking a great photo showing the bishop, his spouse, Hannah Fen-Jan Wei, and me.

On our walk and over dinner, Richard gave me good advice about time management in a bishop’s office. He uses his extra time to be a genius. I did tell him about the science heavyweights the Rev. Canon Melissa McCarthy had recruited for our commission on climate change.

Shown at left in the photo above, Richard introduced me to two of his colleagues, including, at center, Oxford professor Andrew Briggs. They’ll be presenting twice during Lambeth. When I apologized for leaving the table a little early so I could change from shorts to long pants for the opening keynote by Archbishop of Canterbury Justin Welby, Dr. Briggs told me that the right word was trousers, since in England, pants are underwear. It seemed a shame all that brainpower got wasted on me.

Archbishop Welby gave a rousing address, brimming with his love of Christ and passion for putting the church to work addressing woes such as climate change and climate refugees, economic injustice, and other crises afflicting developing nations which are home to the preponderance of the 650 bishops present. This was not a plea for unity for unity’s sake but for the sake of healing the world.

He said he would talk about issues of orientation and identification in tomorrow’s address. While important things, he said, they are not the only things. Since they won’t be settled this at the conference, it would be a shame, he said, if they distracted us from other high purposes.

Of course, they needn’t, if we just acknowledge our differences and promise not to insist on our own way. Before us later in the week will be a deftly written statement on marriage equity describing the reality of two irreconcilable views (namely pro and con) that are held in different parts of the communion. Adapting this language would be a giant step forward.

Yet its prospects are uncertain, since insisting on one’s own way, although expressly prohibited by Holy Scripture (see 1 Cor. 13), remains in vogue. At a press conference today, global south bishops said they would ask us to reaffirm the anti-LGBTQ+ resolution, called I.10, from Lambeth 1998. They also said that some bishops would refuse to take communion at the opening and closing Holy Eucharist services because married gay bishops are present. A few also stayed seated during our services yesterday and today.

Fresh from tonight’s muscular call to unity in action in a world in crisis, Welby will meet with the global south bishops on Saturday. Keep him in your prayers. We probably can’t have our I.10 and defeat it, too, so he has his work cut out for him.

Plus there are those The Episcopal Church bishops friendly to LGBTQ+ folks who nevertheless fear all this voting on calls is designed to turn the Anglican Communion into a policy- and doctrine-setting Anglican Vatican. Though I get their concern, I’m still keen to vote so we can replace I.10 with the church equivalent of the Shanghai Communique, which enabled China and the U.S. to be friendly without agreeing on much of anything.

Welby did pull off a trinity of unities today: group photos with those bishops’ spouses who were invited (gay spouses were banned), the burgeoning number of women bishops, and all the bishops together with our ecumenical guests. A miracle of logistics, the bishops’ photo took two hours to set up. A representative from the Salvation Army felt unwell and left but is apparently okay. And for this holy sacrament, everyone evidently showed up and stood shoulder to shoulder for Jesus Christ, suitable for framing. 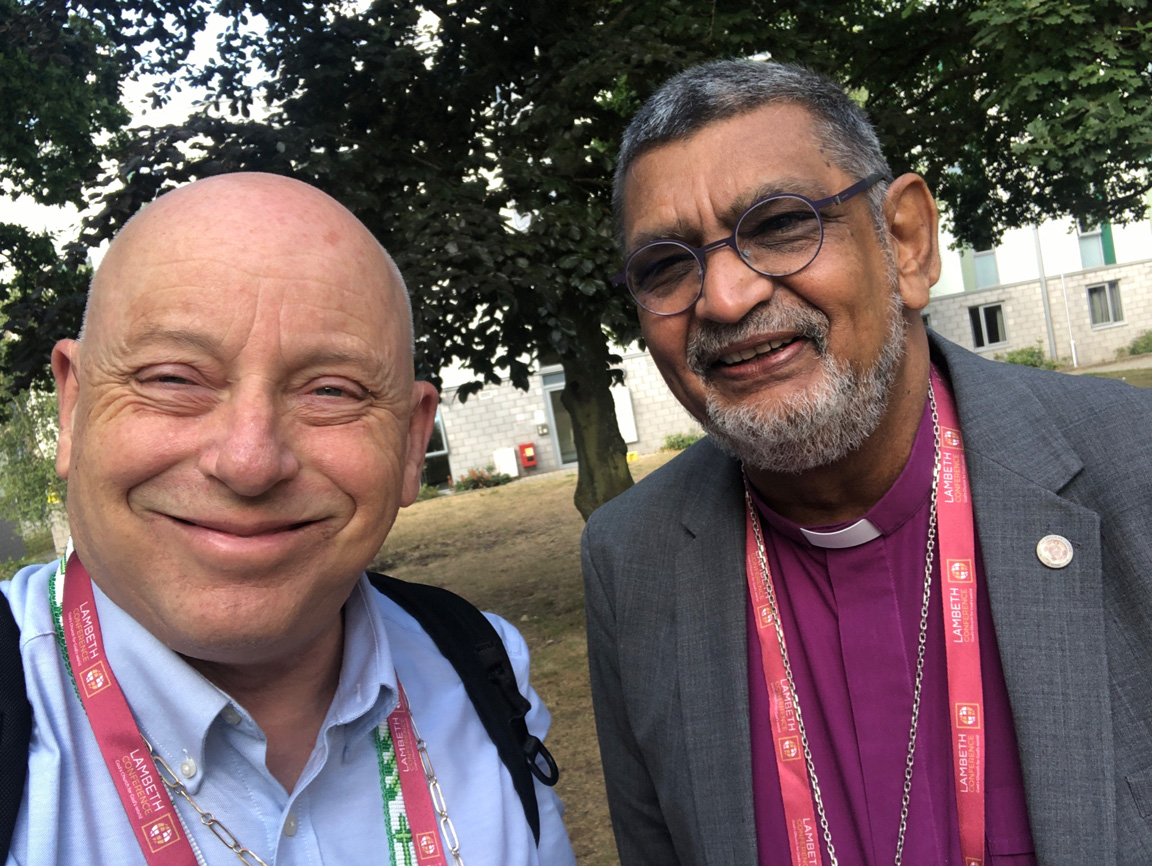 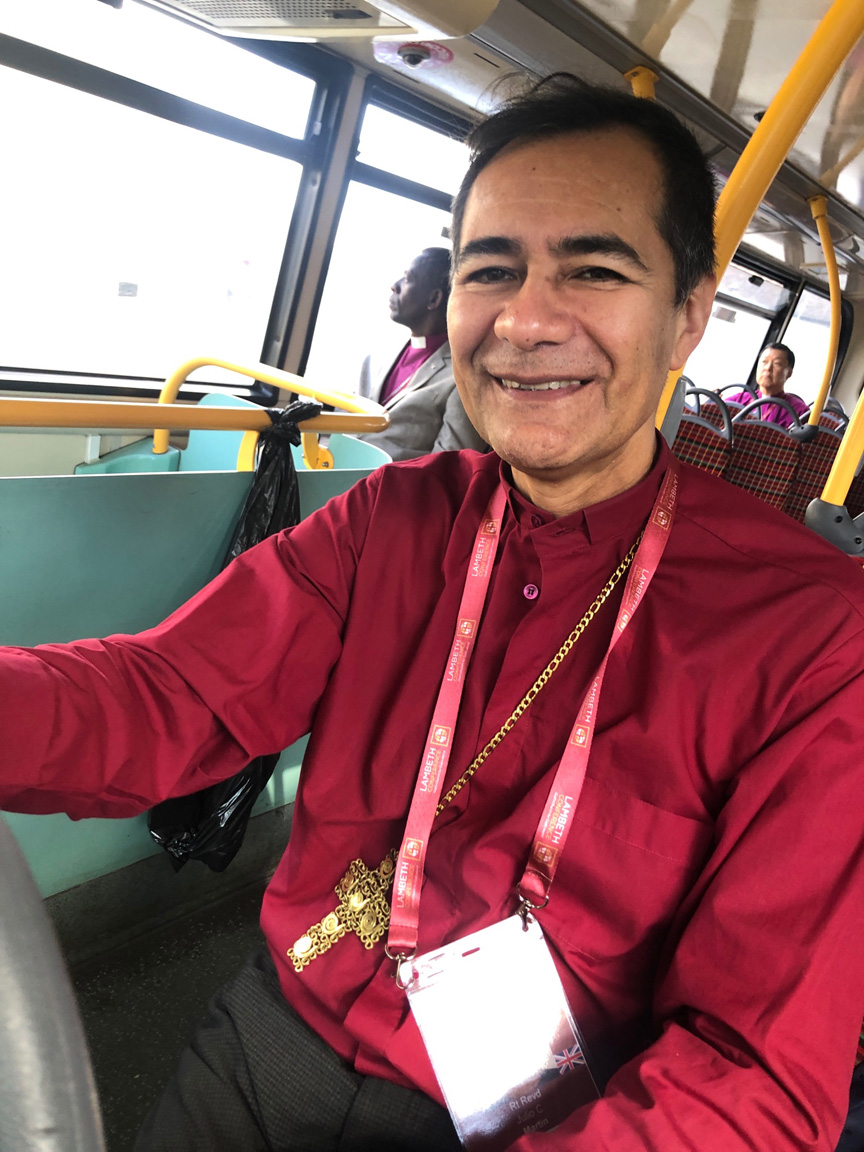 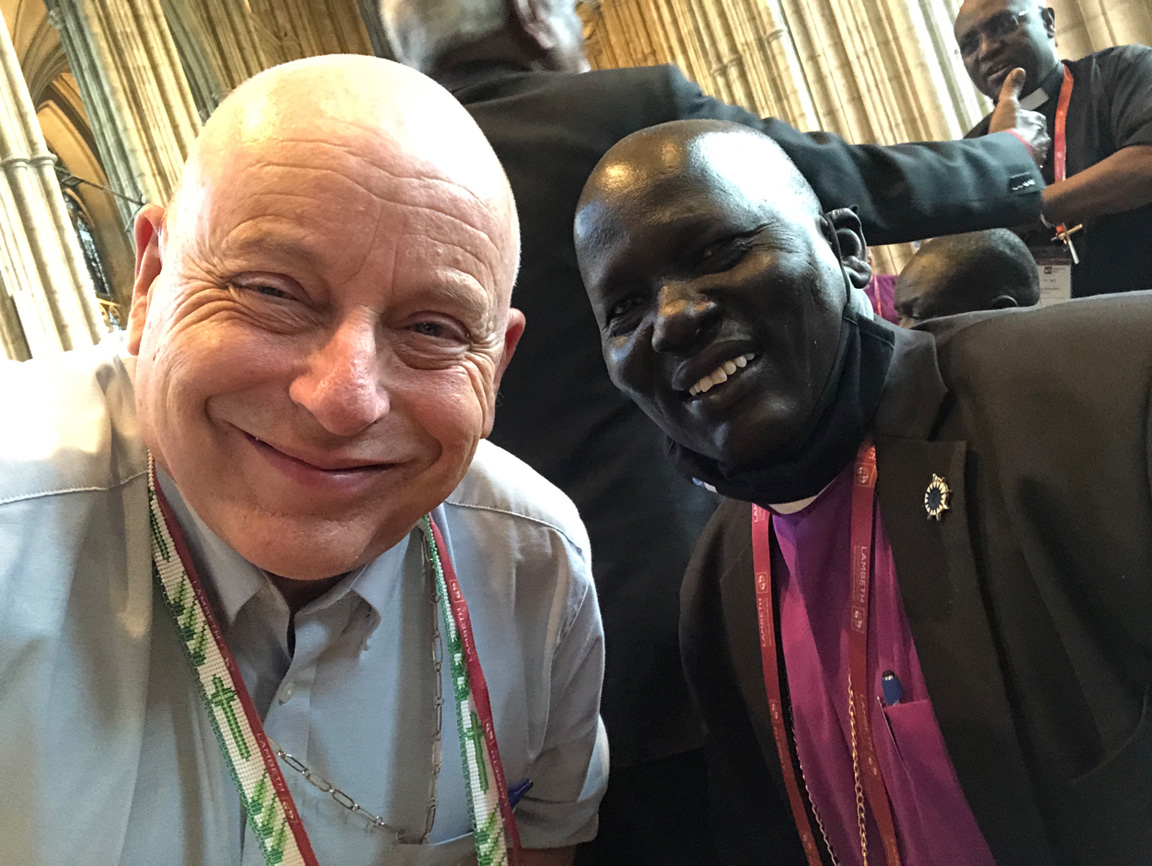 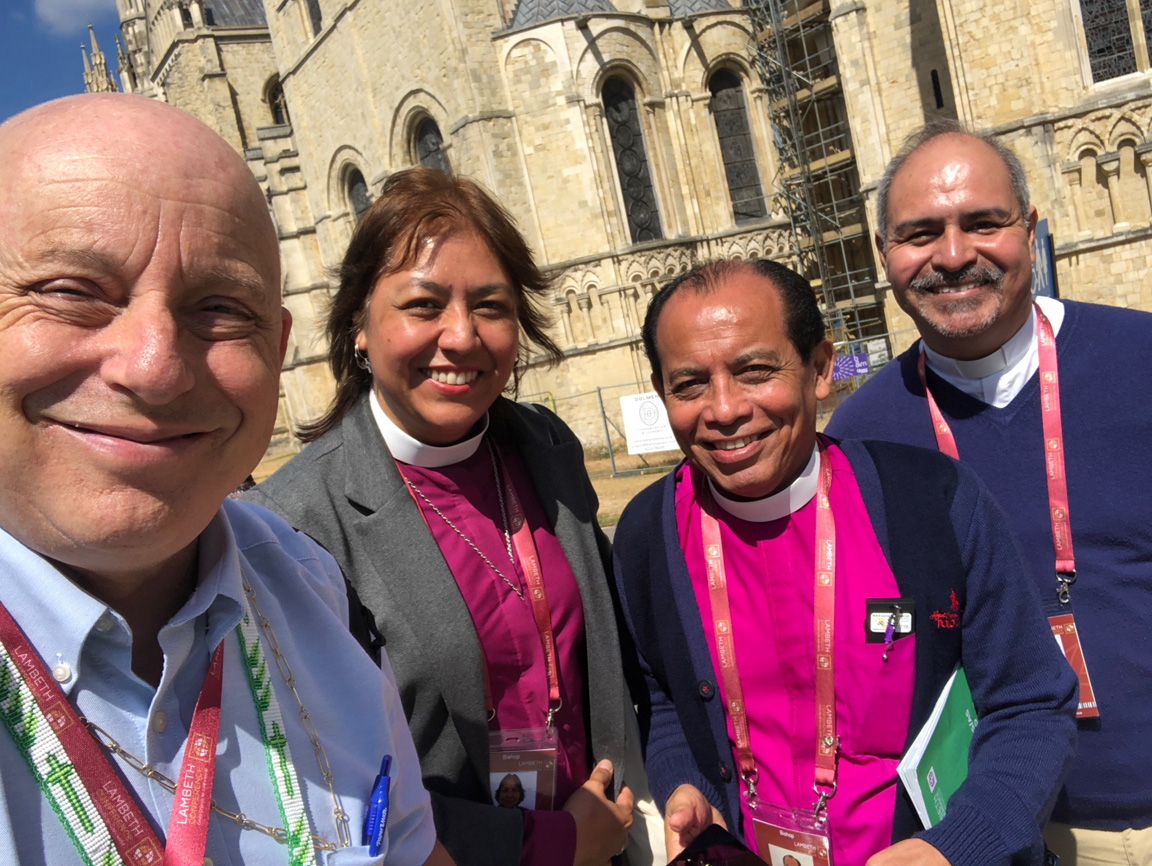 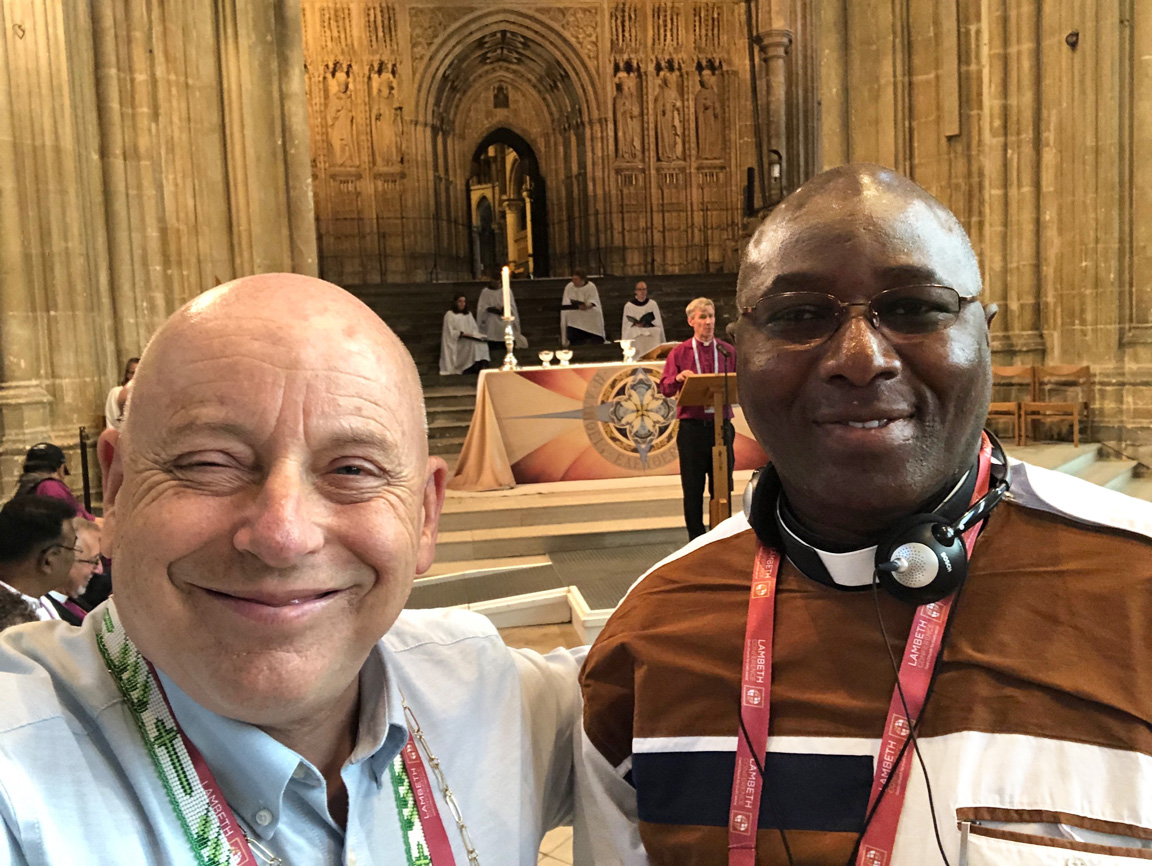 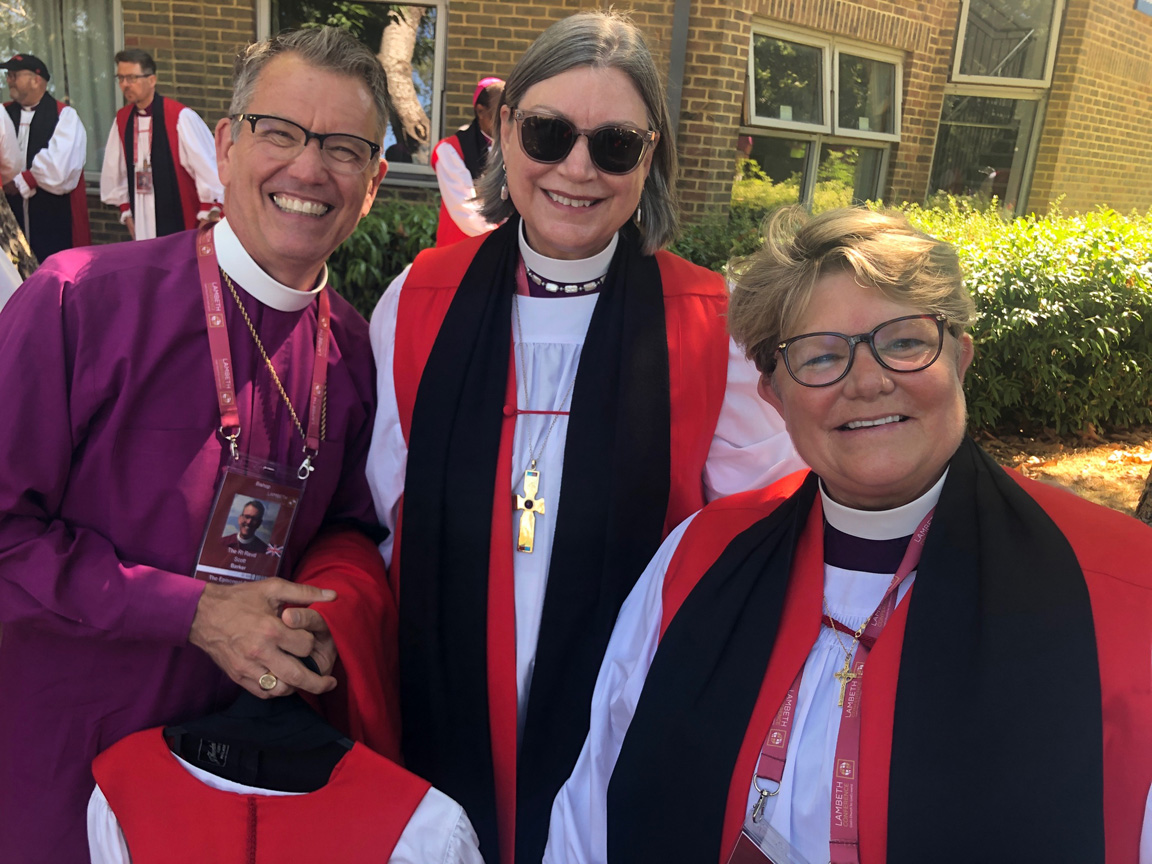 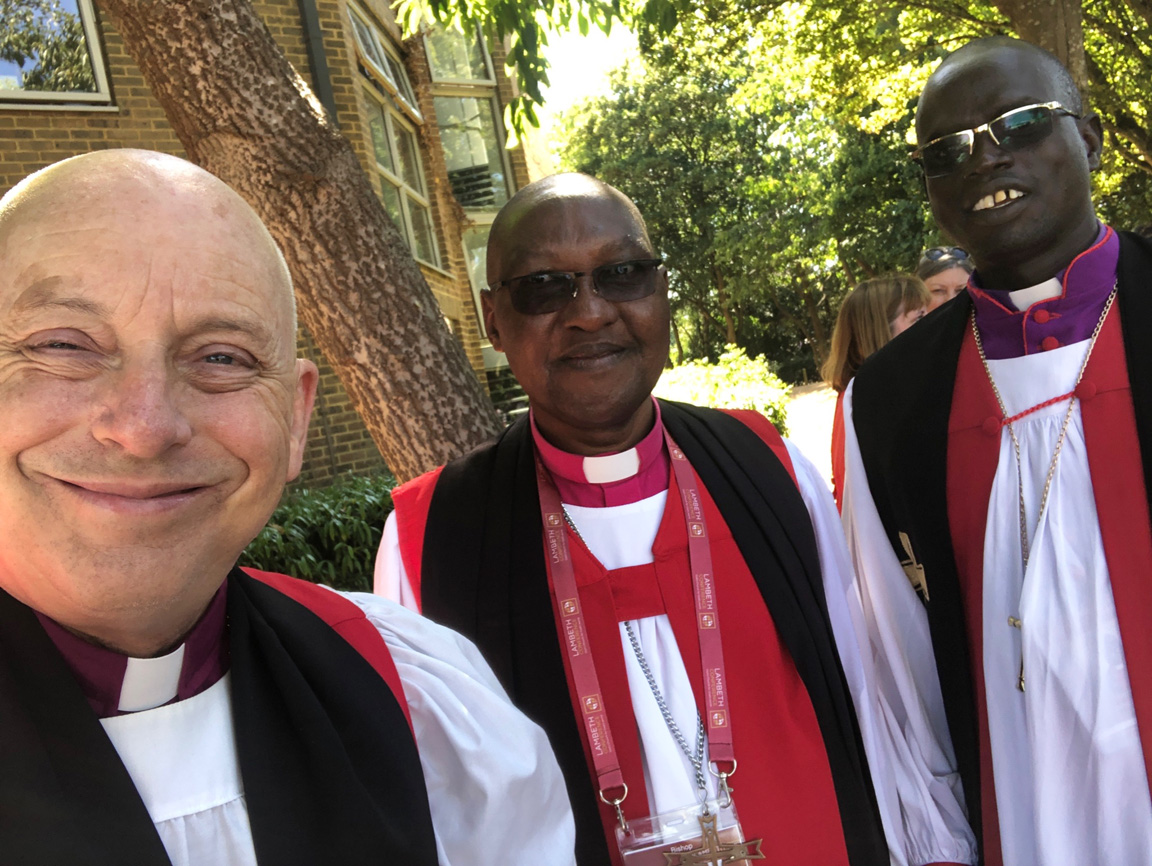 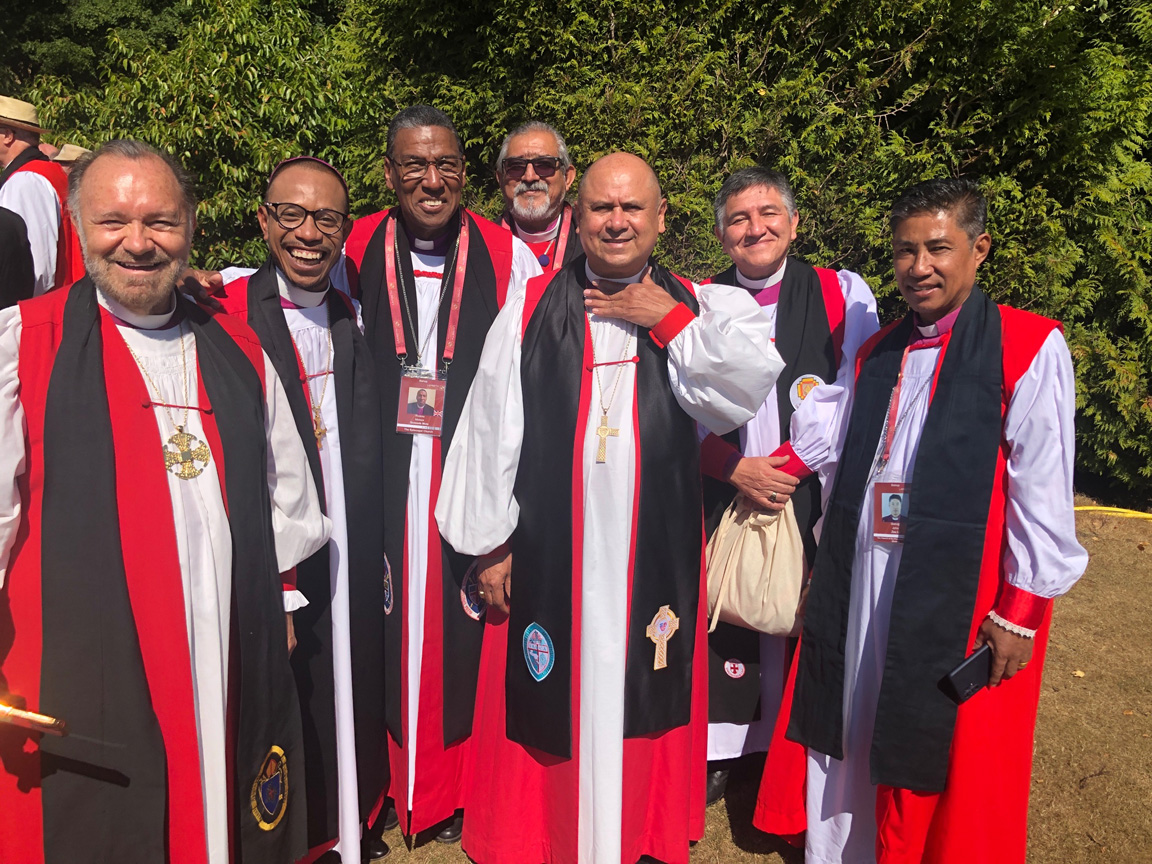 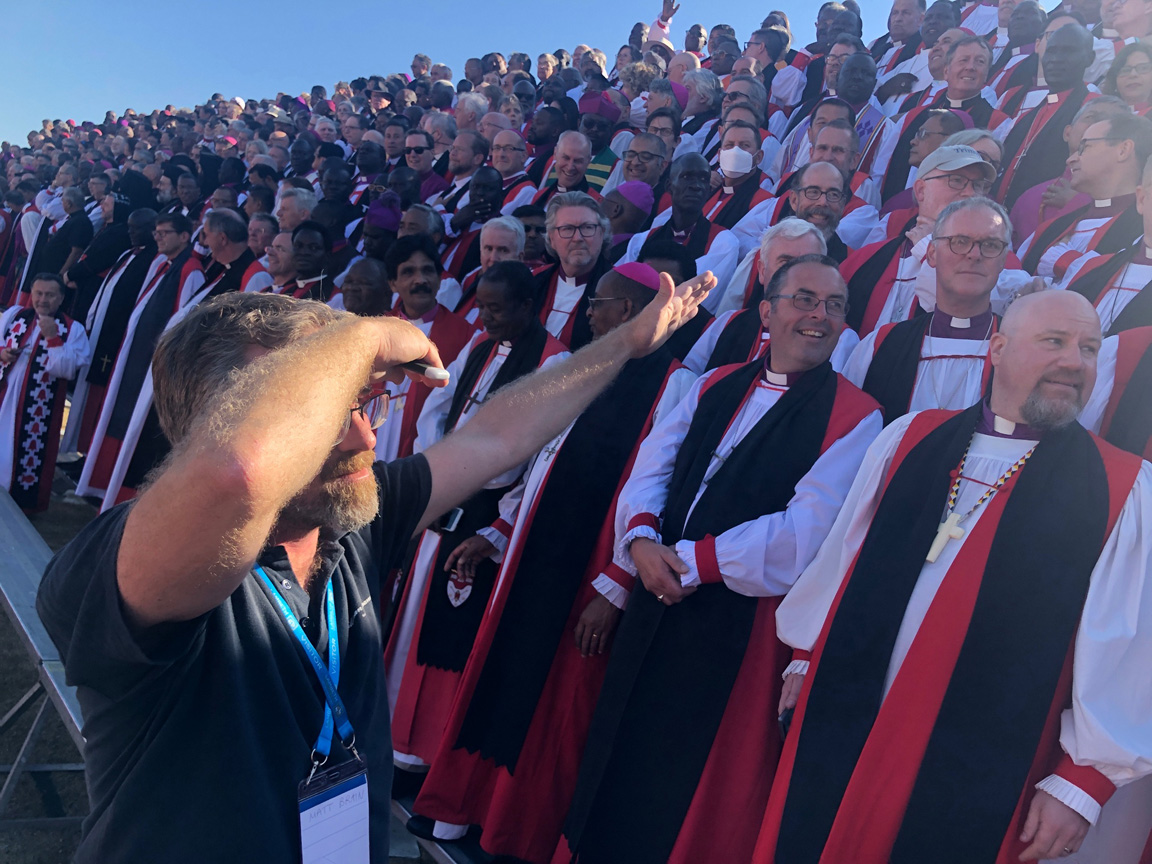 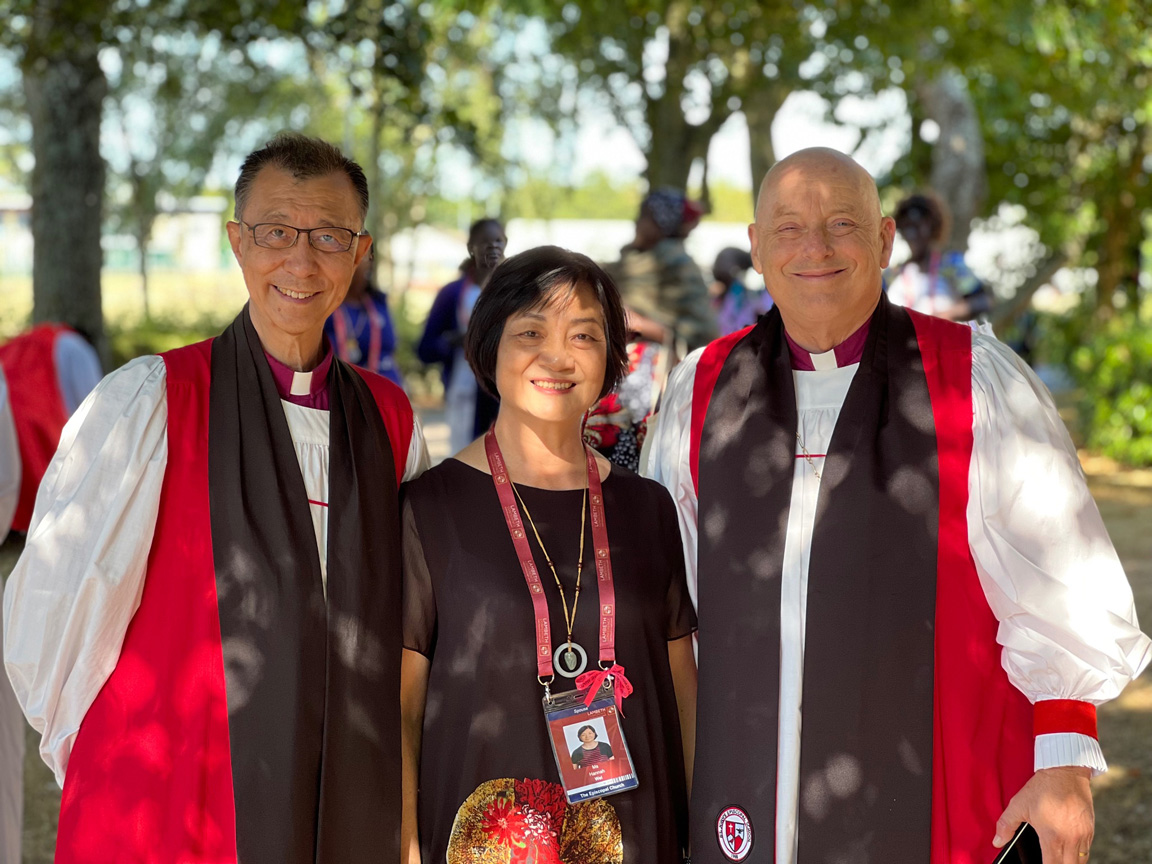 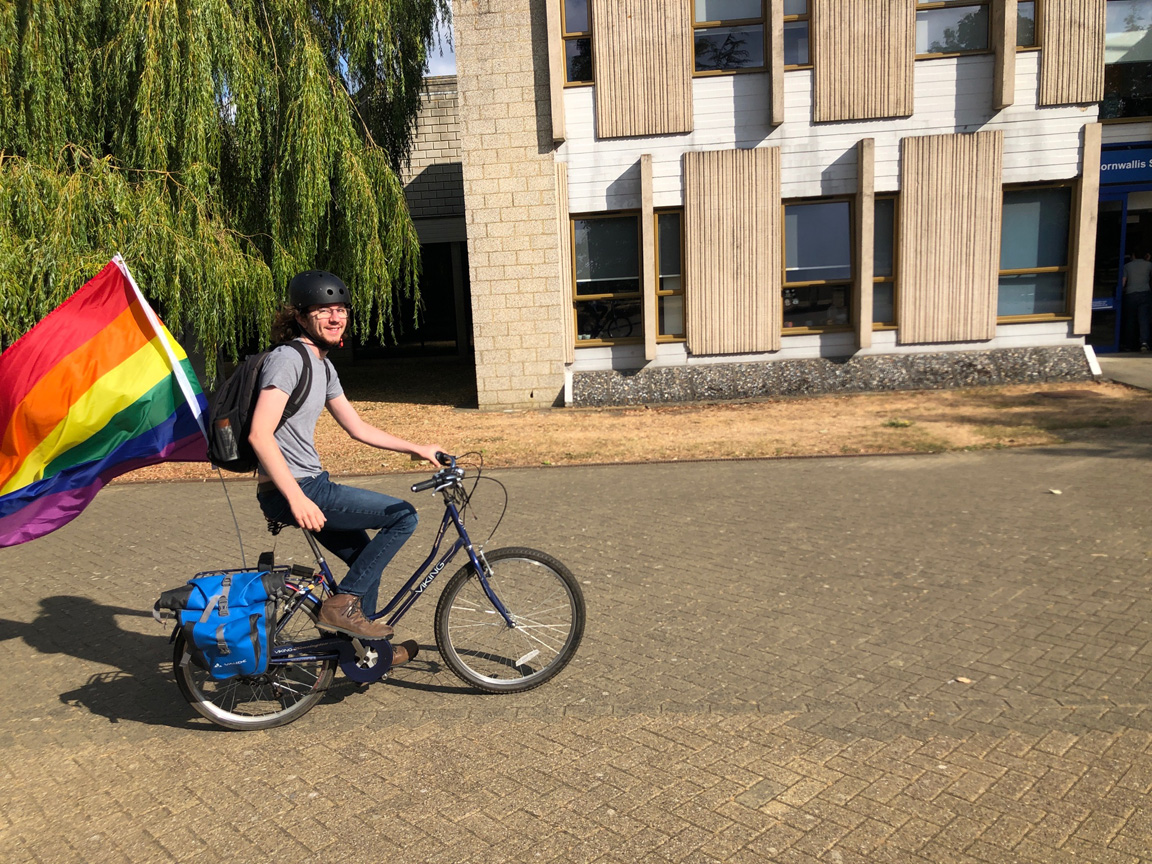 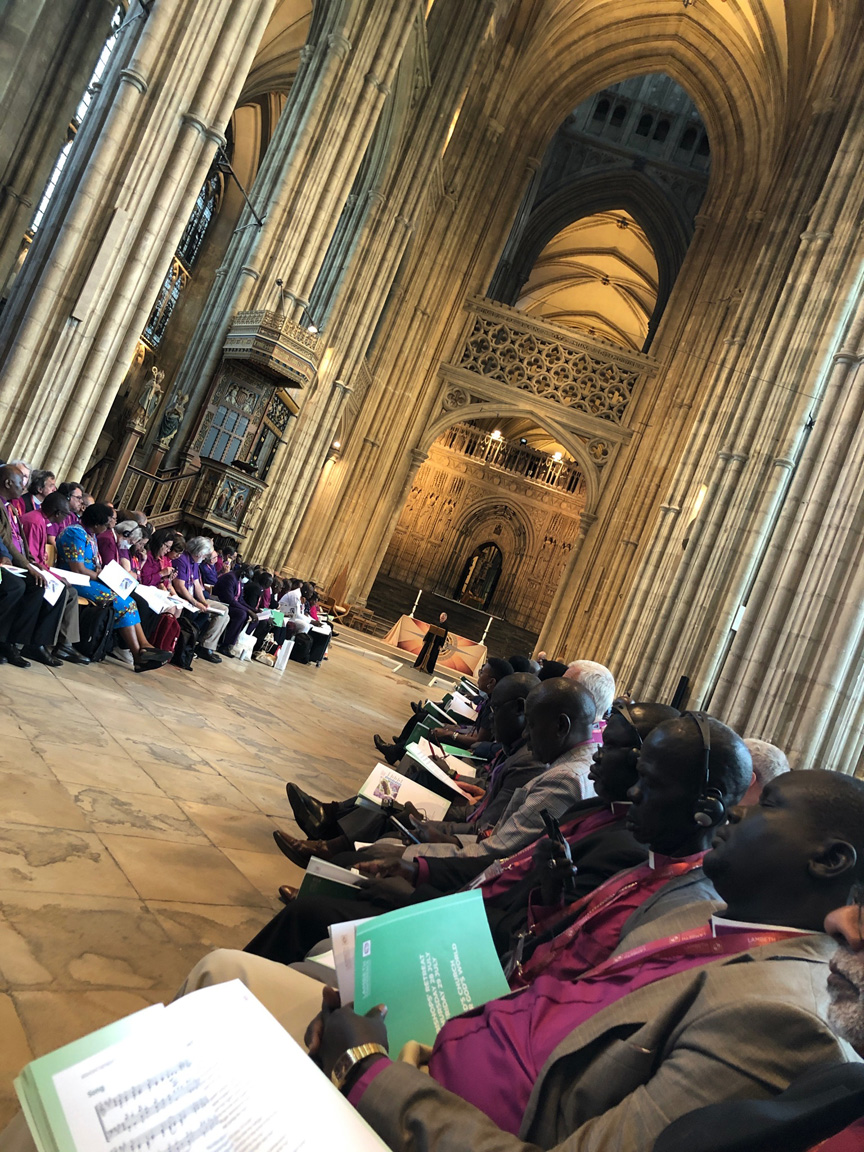 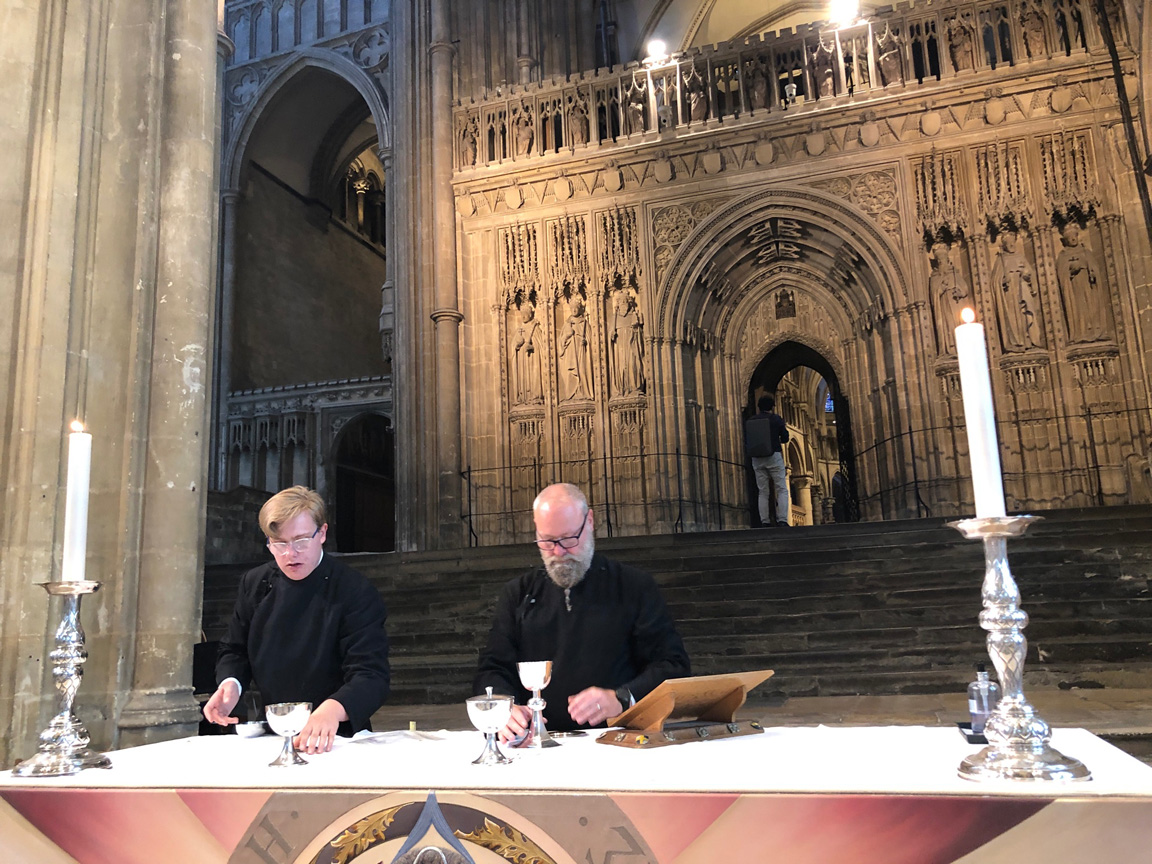 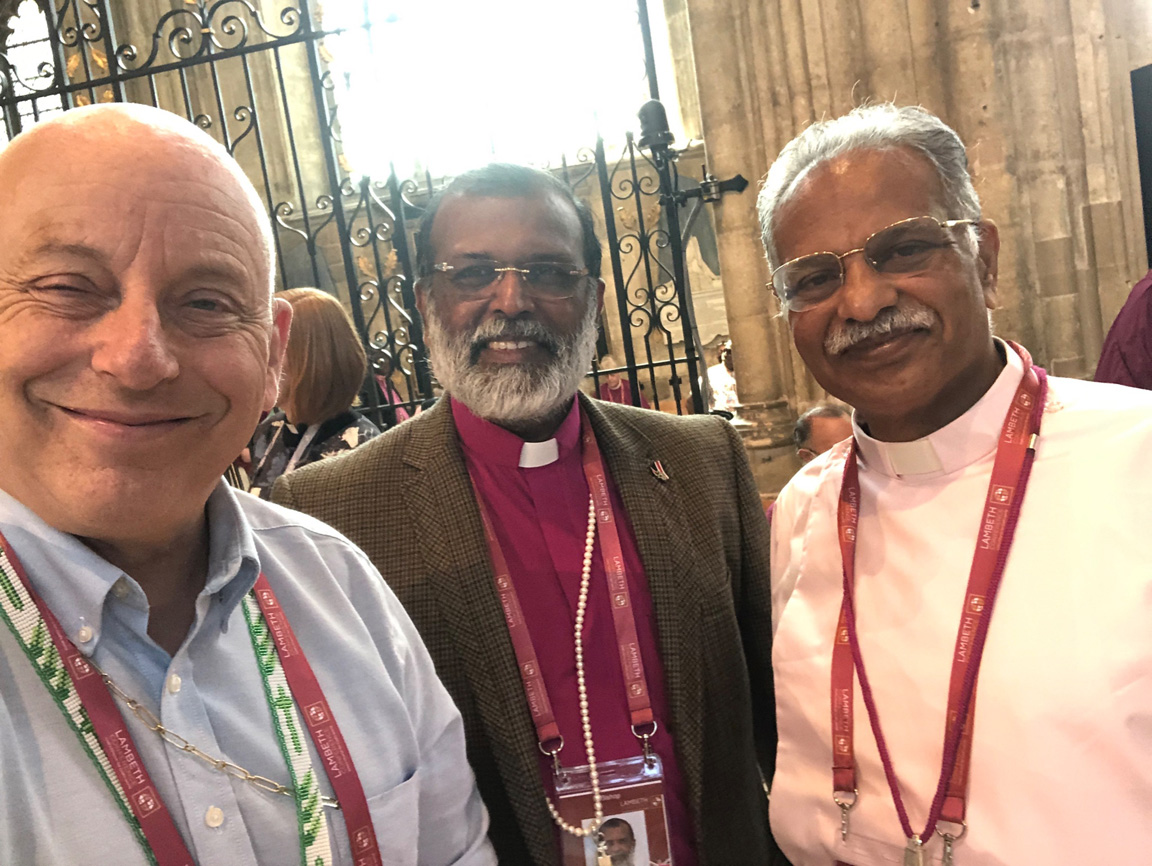 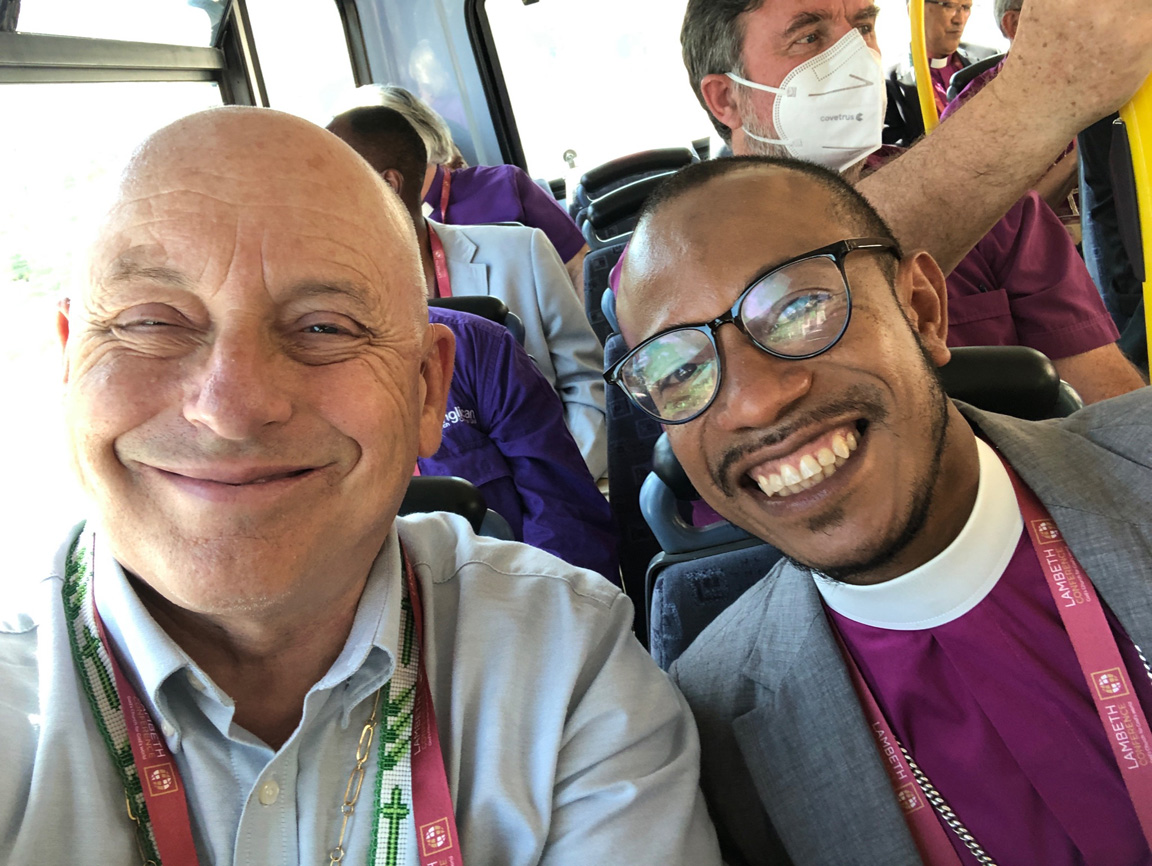 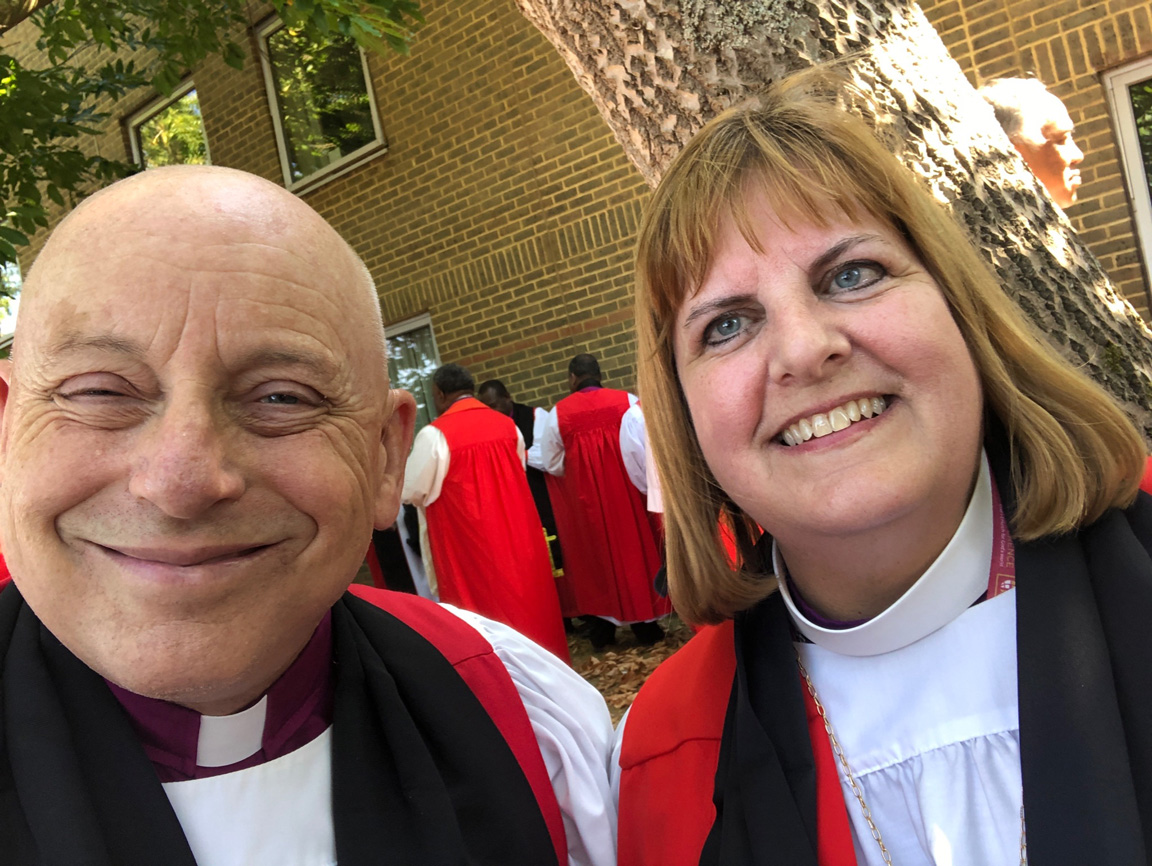 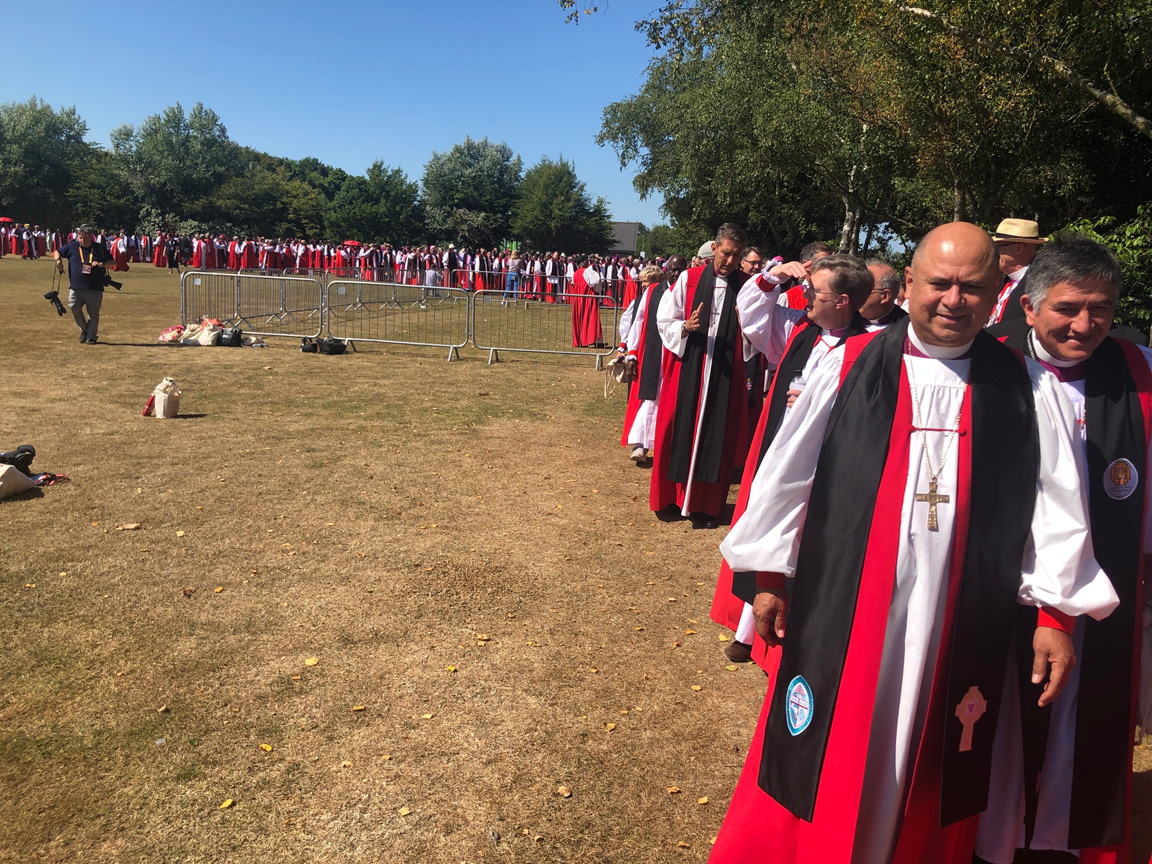 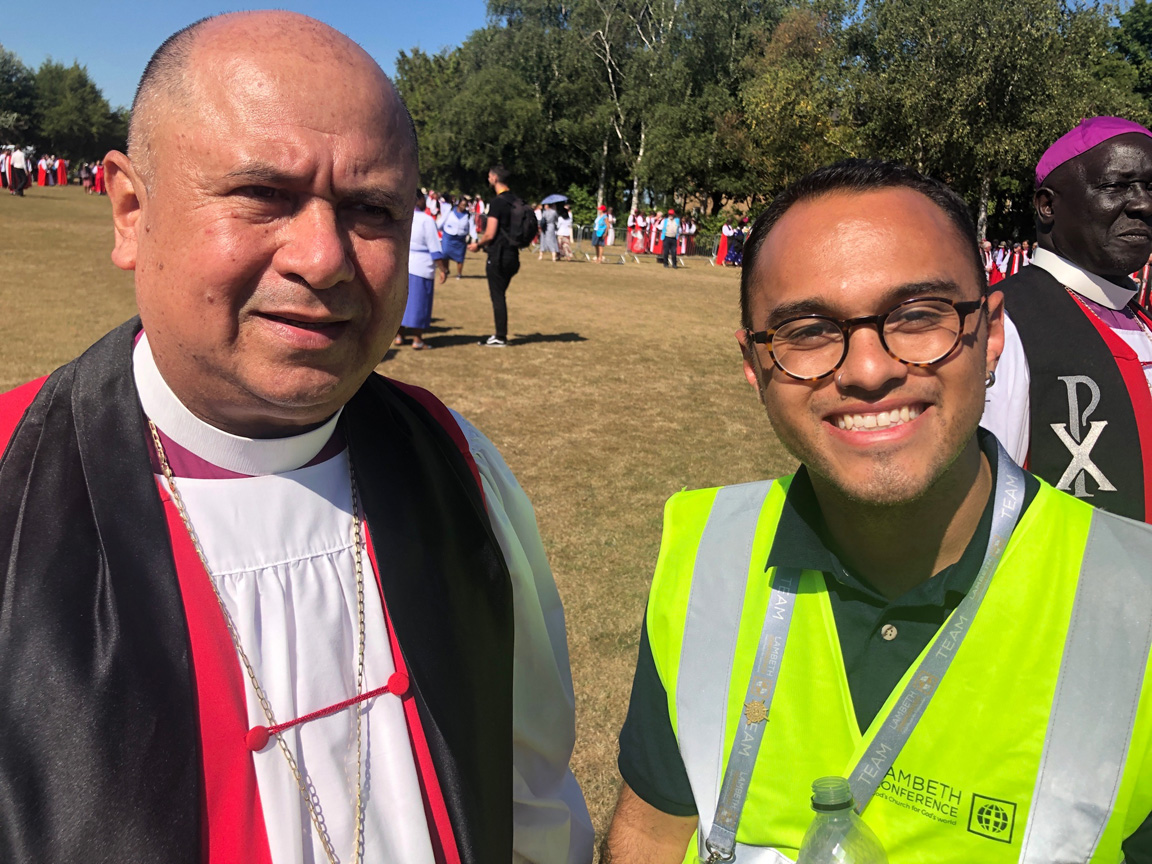 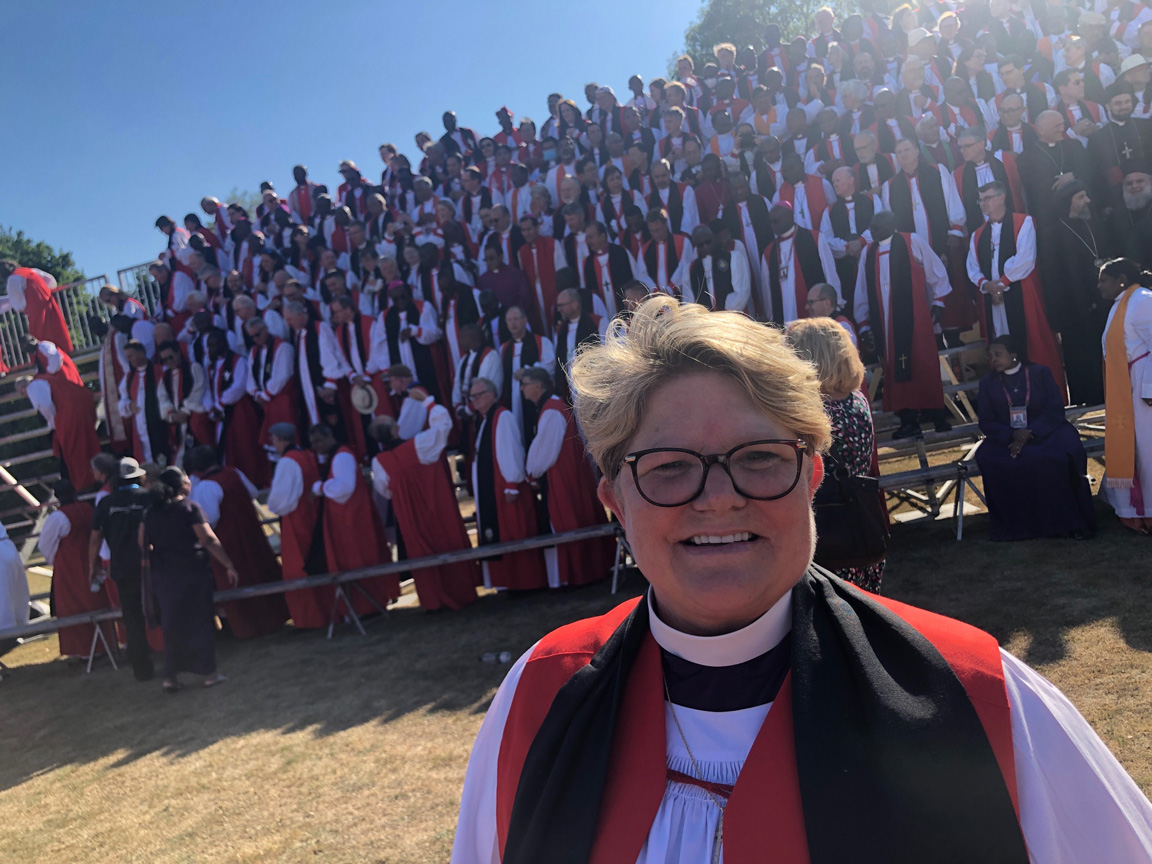