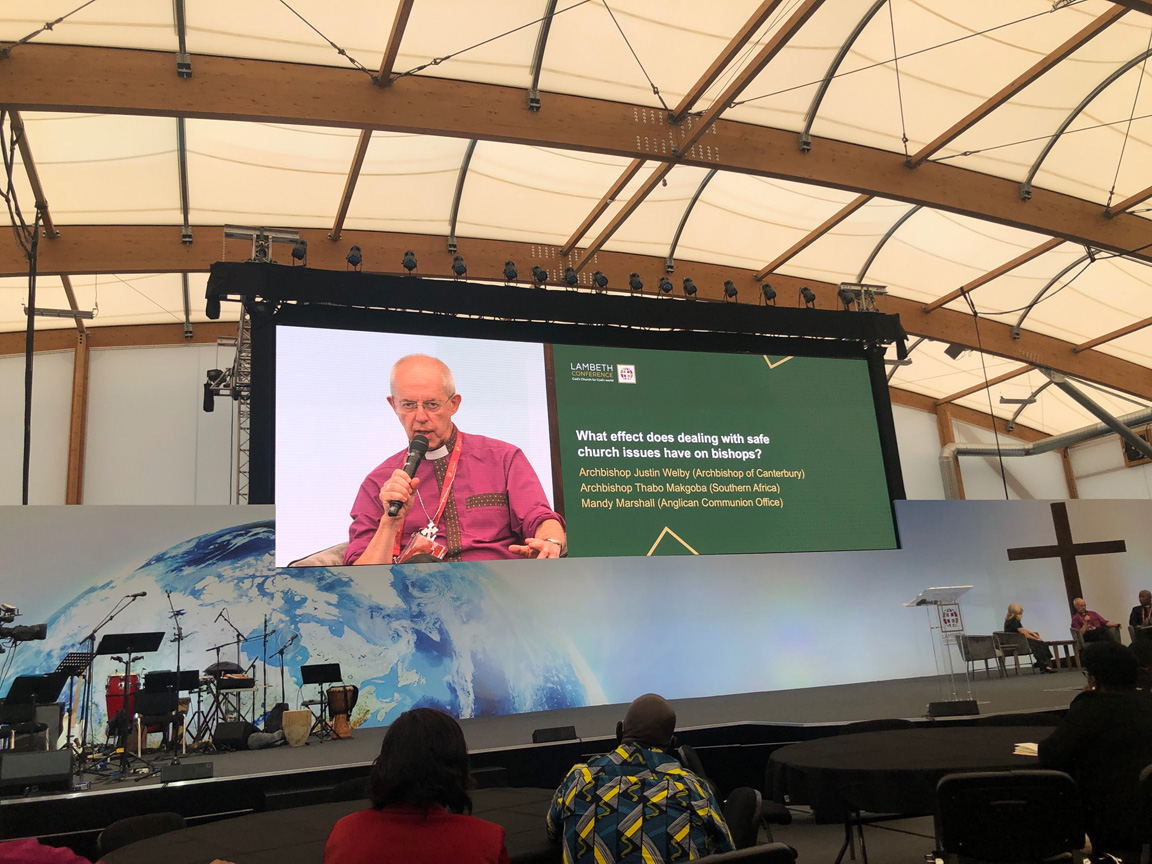 Oh, what a difference a Lord’s Day makes. Tonight Justin Welby, archbishop of Canterbury, gracefully but firmly took the 15th The Lambeth Conference in hand, doing his best to fix three broken things inside of 20 minutes.

It was a fitting climax to a day that began with a magnificent service of Holy Eucharist in Canterbury Cathedral that had 1,000 of us pinching ourselves, tapping our feet, and giving thanks and praise to our God in Christ. Our preacher, the Rt. Rev. Vicentia Kgabe of Lesotho, rooted her witness in the obligation and blessing we have to practice hospitality and servant leadership in the name of Jesus Christ.

Welby acted in that spirit today. Things looked a little grim just 24 hours before. A storm was brewing over marriage equity. Then at the end of the day Saturday, using electronic devices, only 66% of us affirmed a perfectly satisfactory call to mission and evangelism. The other third voted “more discernment needed,” not because we didn’t like the language, I’m sure, but because we weren’t given the choice of voting “two more drafts needed to get it just right.” Yet as Welby said tonight, it appeared to the media that a third of bishops were dead set against mission and evangelism.

Which is why voting on the ten calls was probably a bad idea in the first place. But good leadership turns on the head of a pin. Welby first told us he was scrapping the voting devices in favor of a box at each table with ten settings, the highest promising we would dedicate our lives to the principle and the lowest that we would kill anyone who disagreed with us. As nervous giggles gave way to belly laughs, it was unmistakably clear that the archbishop of Canterbury was having fun, which is also encouraging in a leader. The real plan is that, instead of having us vote electronically, he will listen to such debate as there is on the remaining calls, tell us if he thinks we think they’re on the right track or not, and invite folks who disagree to shout “no!”

After the session, I found I agreed with those who said the ABC might’ve gone all the way to XYZ and just called for the yeas and nays, so everyone gets to speak up. Still, doing it his way, he got unanimous consent to today’s call, “Safe Church,” a plan for preventing abuse in all our churches around the world — and then he invited a re-do on mission and evangelism and got another 100% in favor. So that’s two things fixed, the voting process and the misleading initial vote on the first call.

We’ll see if he scores a mitre-trick. Here’s how that could happen. The current Lambeth Call on human dignity describes the communion’s split over marriage equity without taking sides. Planners wrote it after an outcry over the original, which reiterated 1998’s notorious and divisive resolution I.10 condemning homosexual behavior.

In response, Global South bishops, resenting this expression of moral equivalence, said that on Monday, they would try to resubmit I.10. But now the clickers are gone. No vote is planned on the human dignity language, which, it seems likely in view of Welby’s new process, will be set aside for further discernment after the conference concludes. Is the Global South mollified? If so, we could go from two votes to no votes on the difficult issue that both Welby and we Episcopalians hoped to avoid in the first place.

It’s not because there isn’t vital work to do. Leaving I.10 in place is deeply painful for LGBTQ+ people and their supporters, and especially to those most at risk, such as trans folks, under assault from half of U.S. state legislatures. But a majority in the Anglican Communion think differently for now. Perhaps it will be different by the time Lambeth 2032 rolls around. This year, no vote on marriage equity would probably have gone the way most reading this and I would want.

In the meantime, it was moving that Archbishop Welby read out the revised human dignity language tonight, balancing the pro and con on marriage equity, putting it on the record, unmistakably associating himself with the words, which gave everyone in the room a place to stand. Right after, I ran into Presiding Bishop Michael B. Curry. His reaction to these swiftly moving events is for him to describe. Mine was that he and Welby excel as intuitive, deft servant presiders, sometimes finding it fitting to take the anxiety in the room onto their own shoulders, always doing their best to keep everyone on the way of love together. 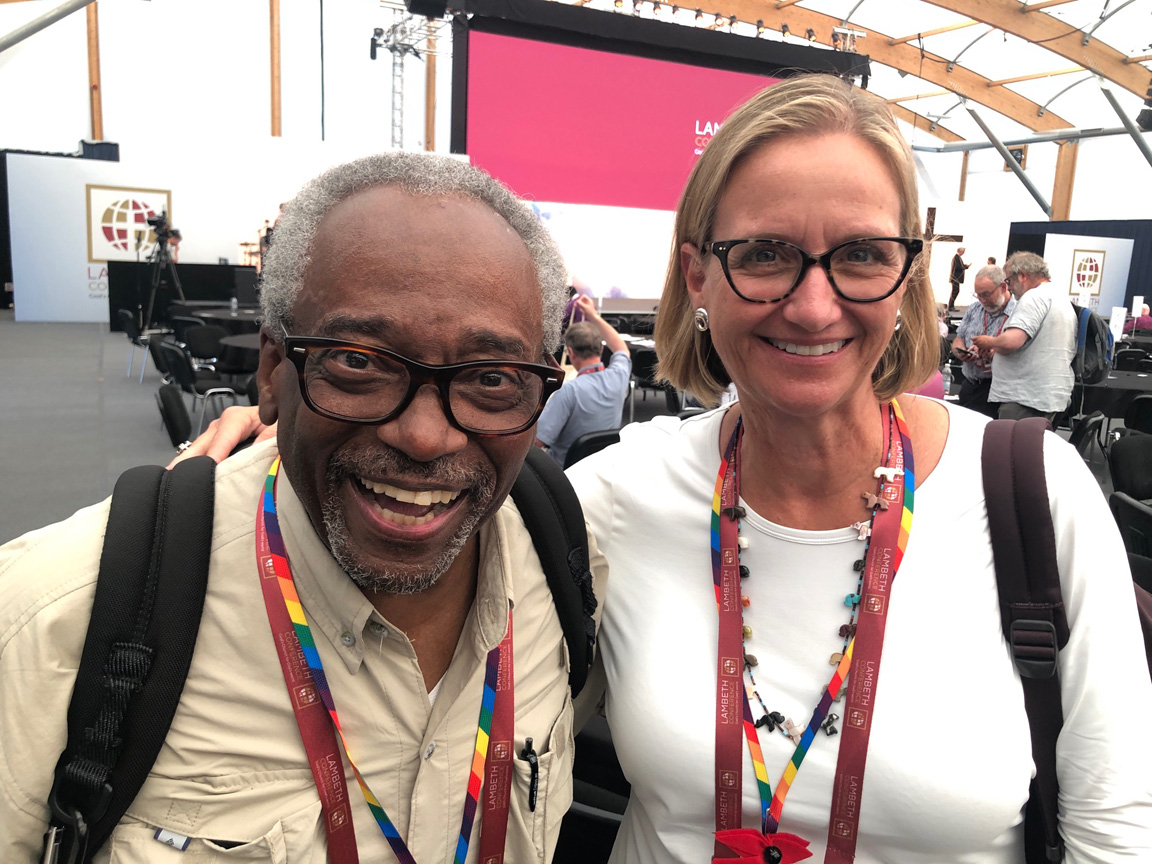 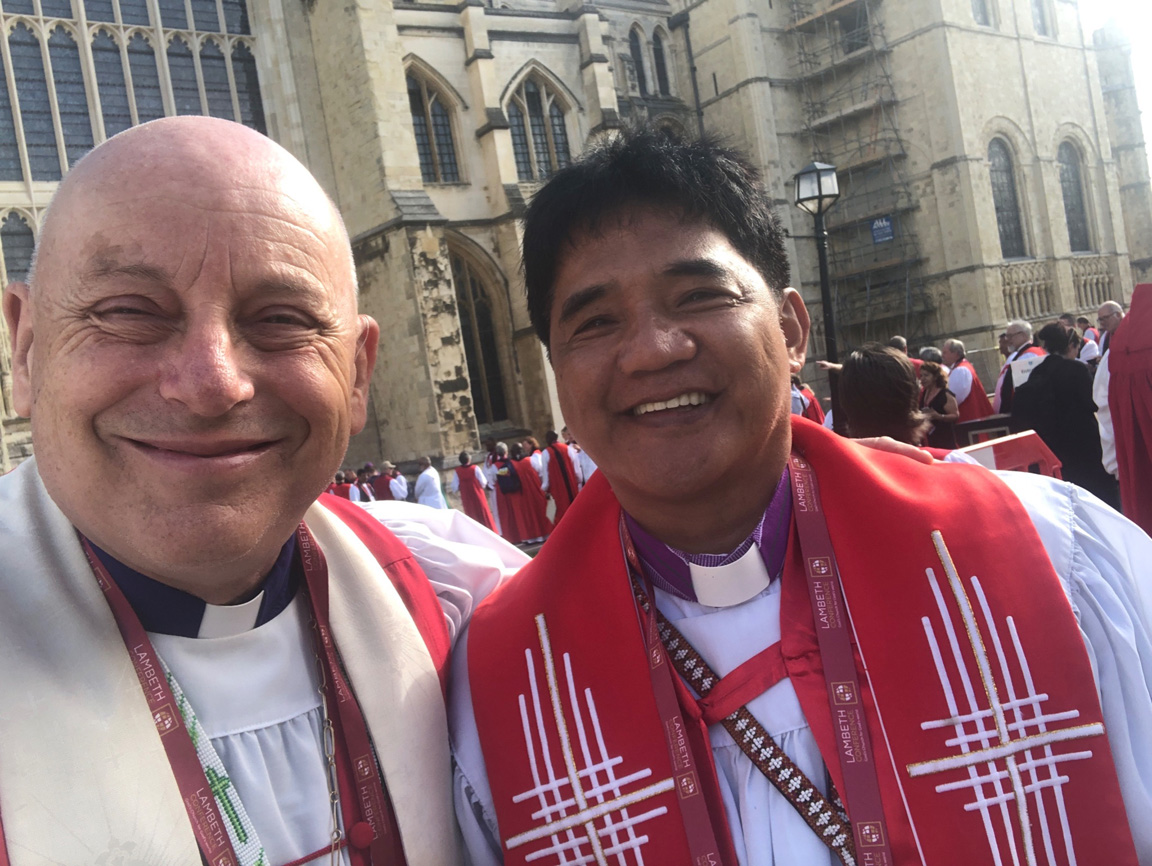 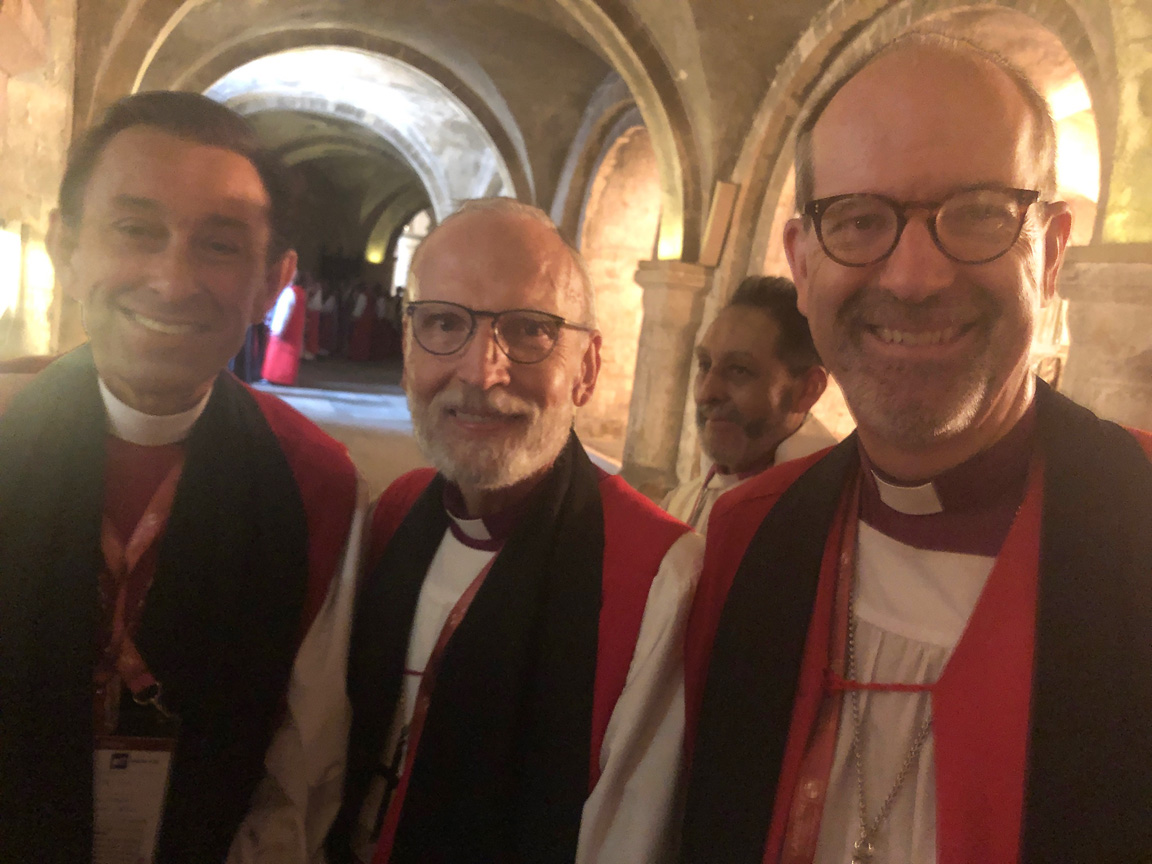 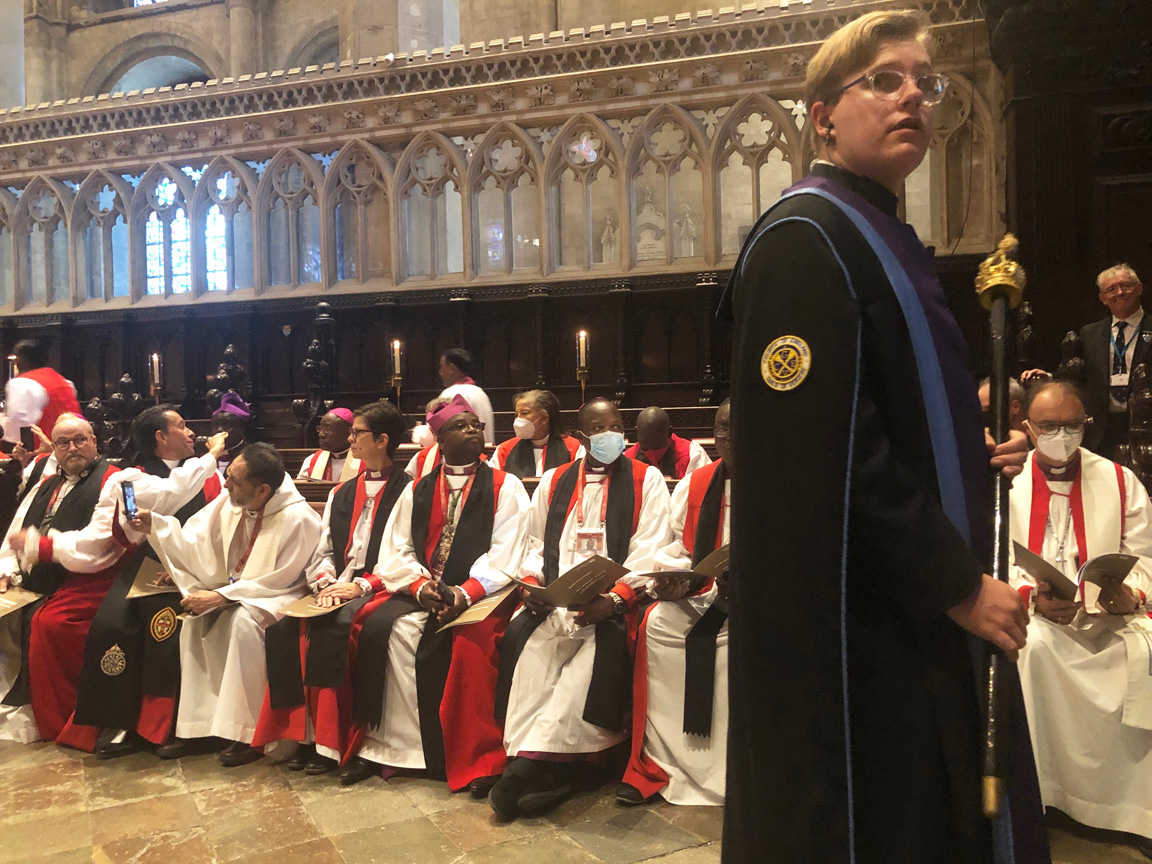 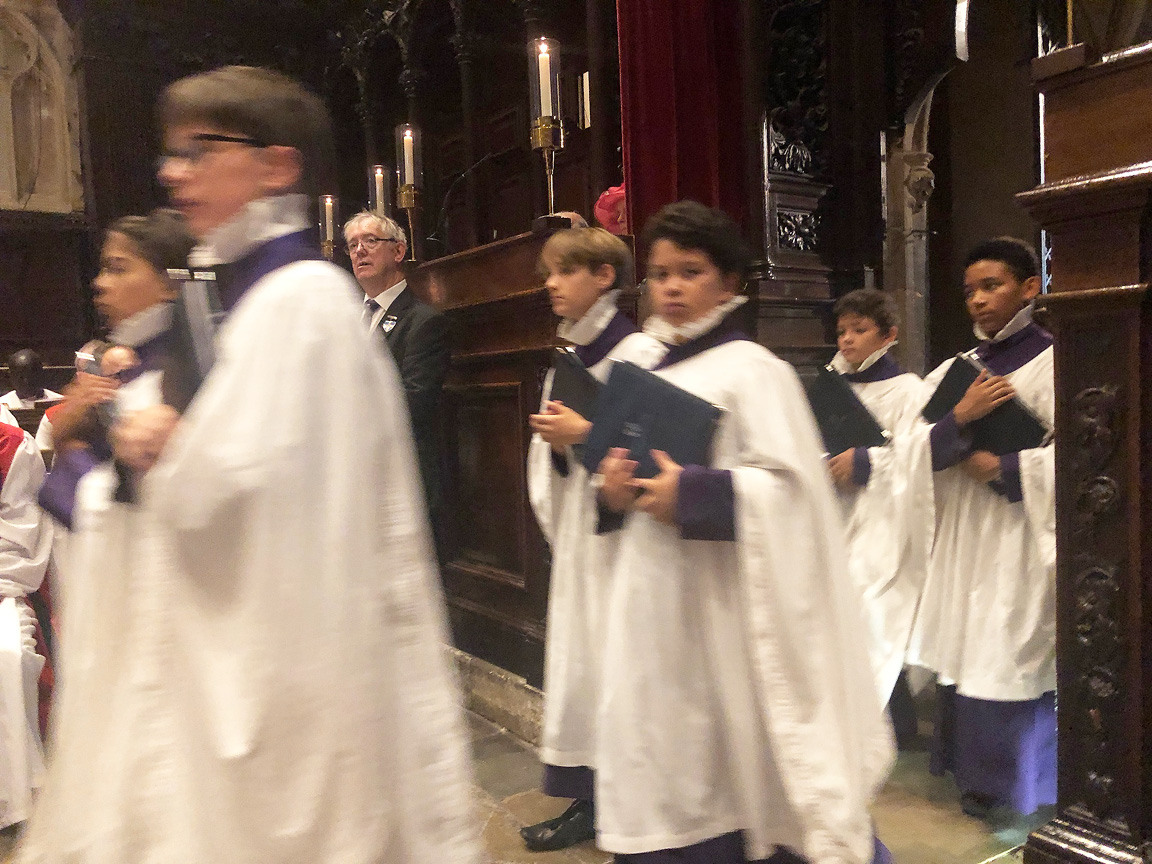 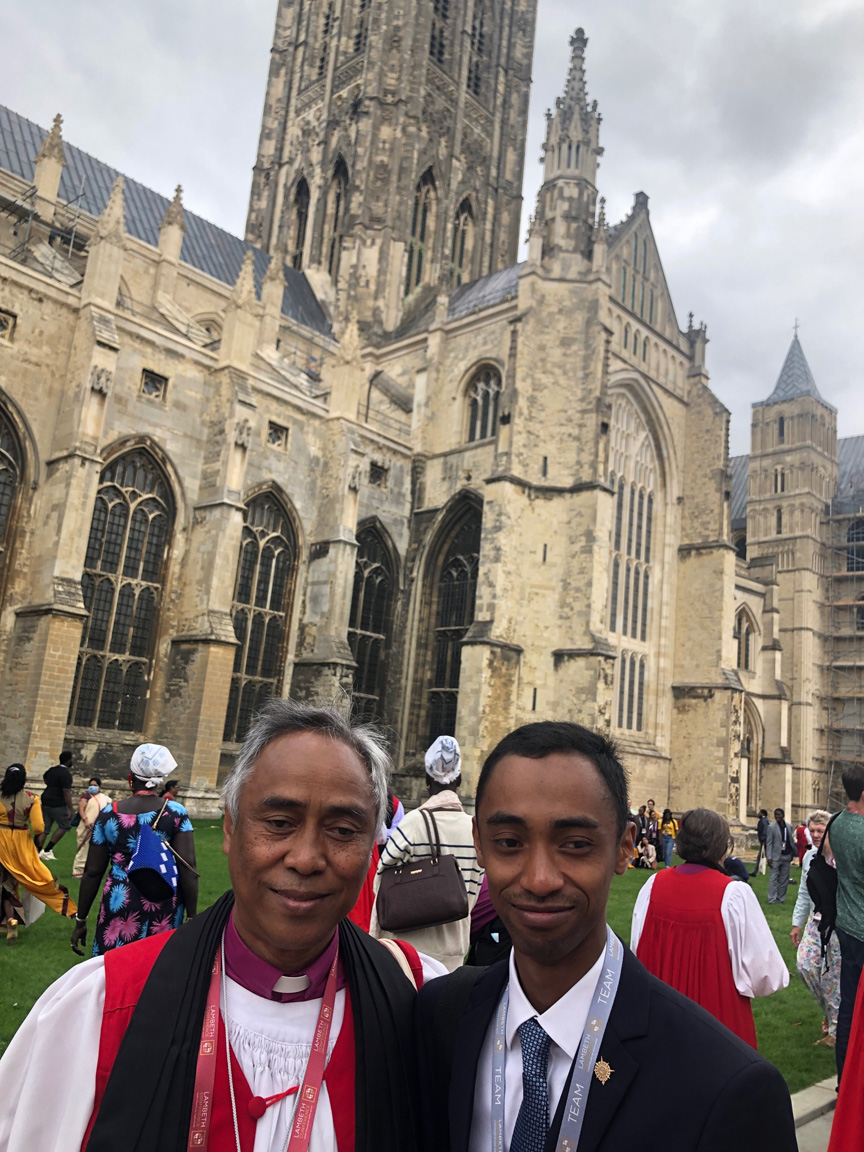 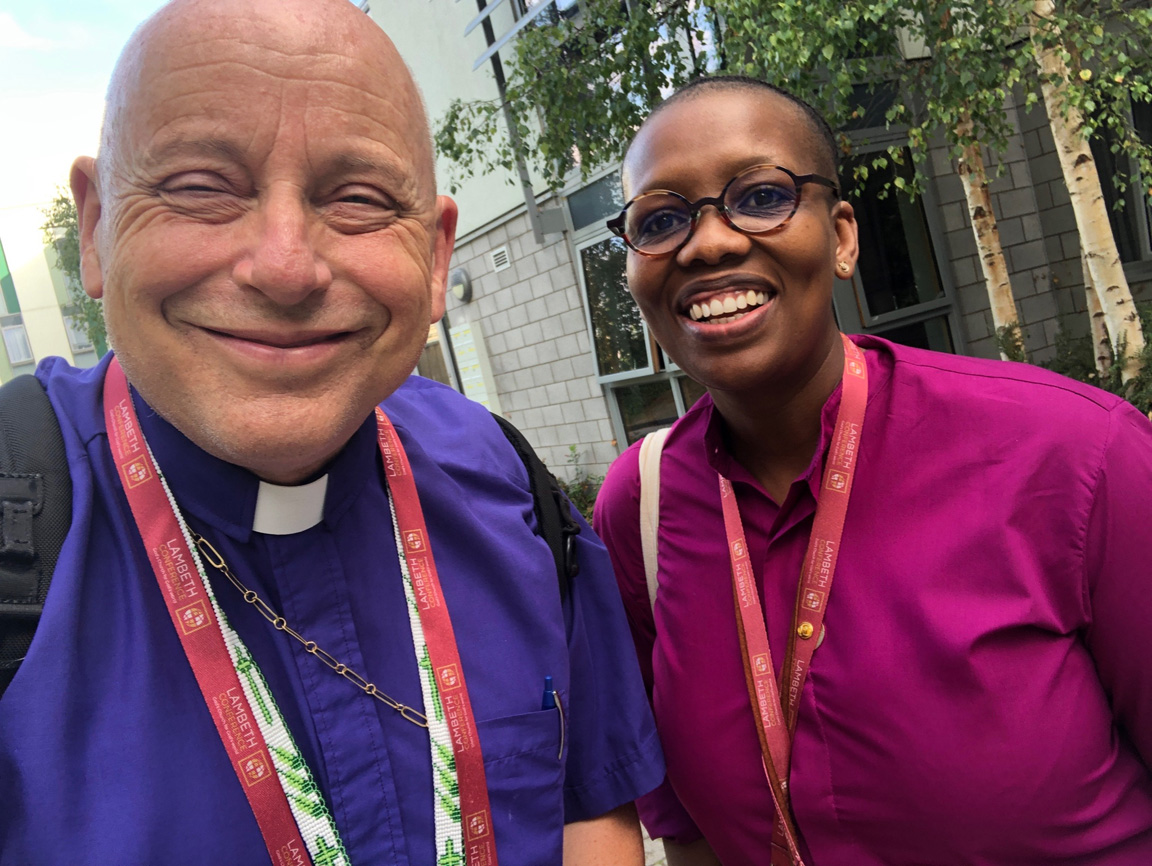 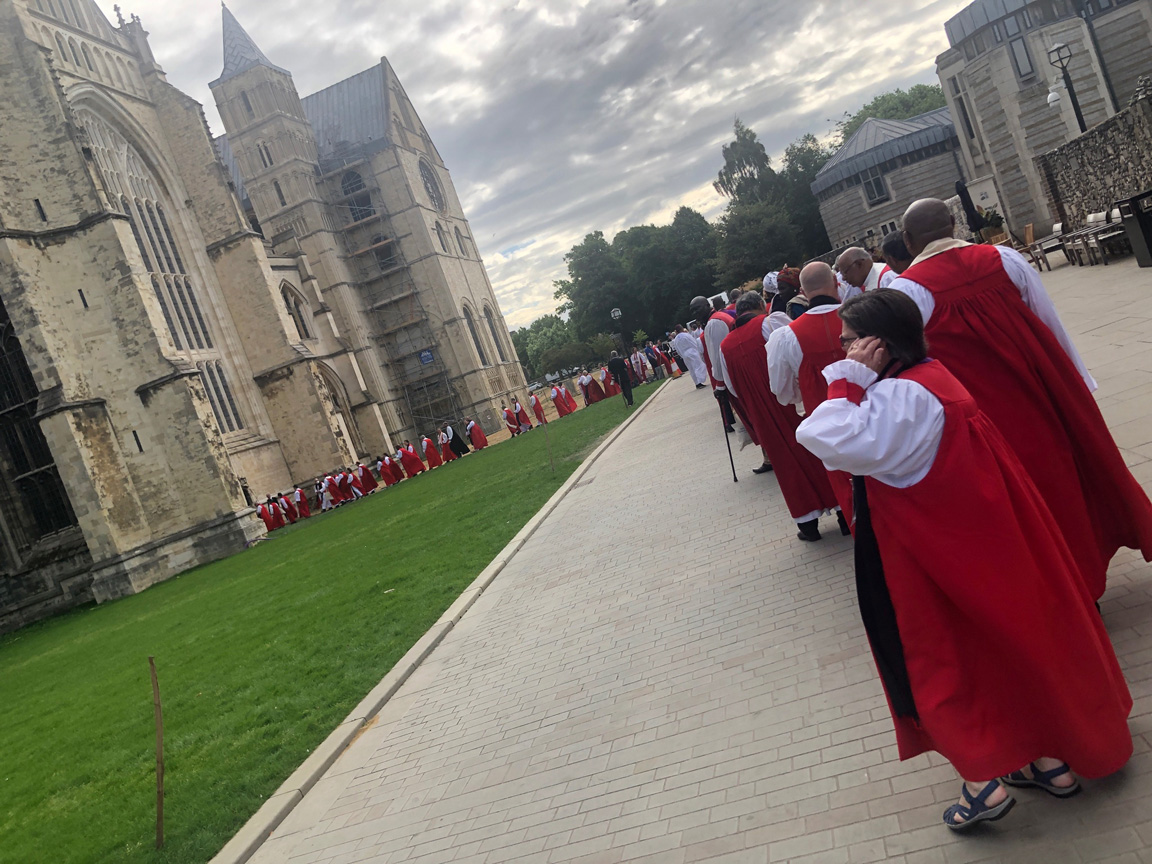 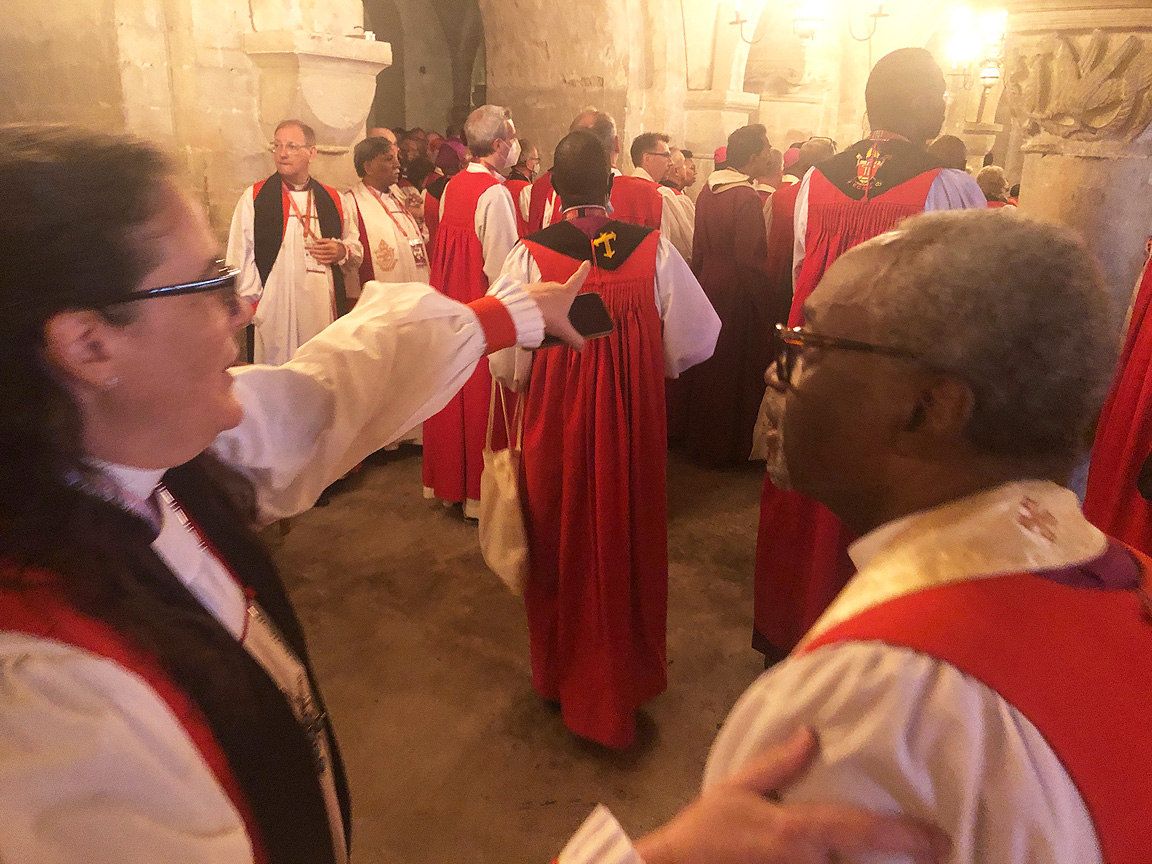 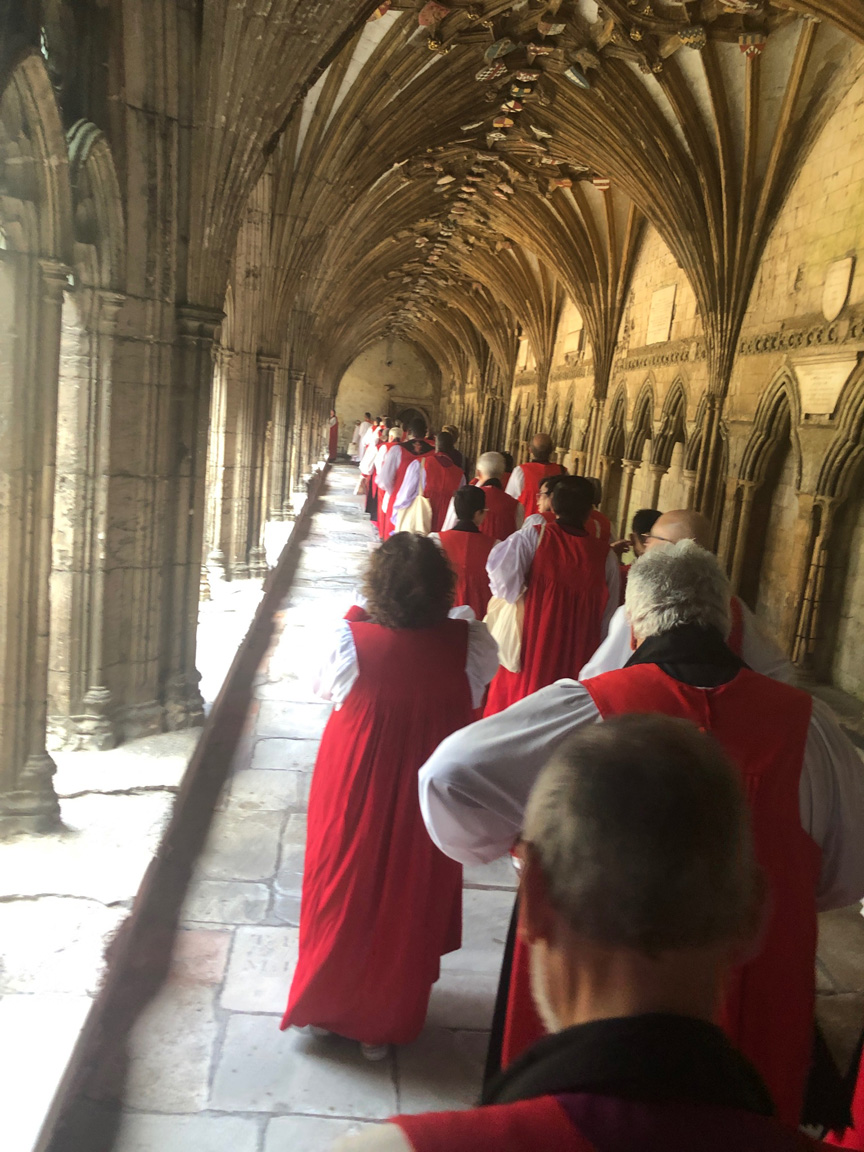 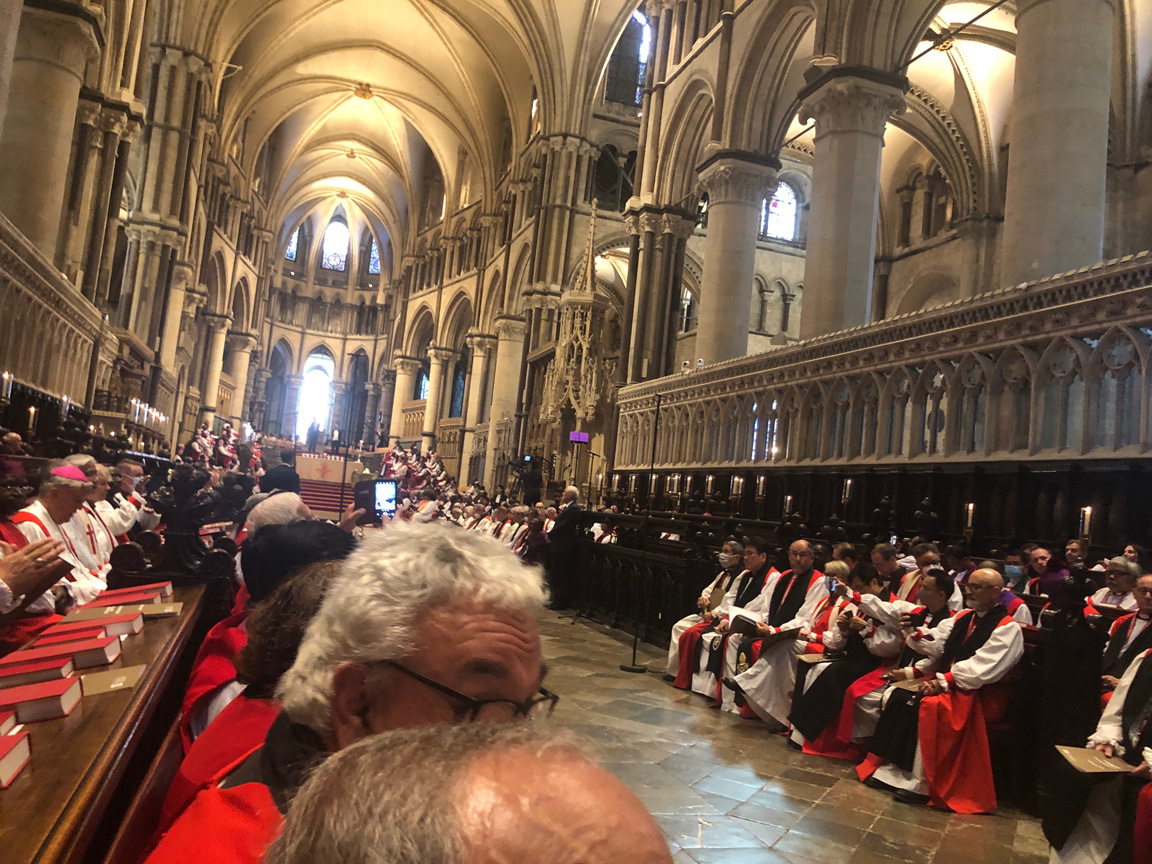 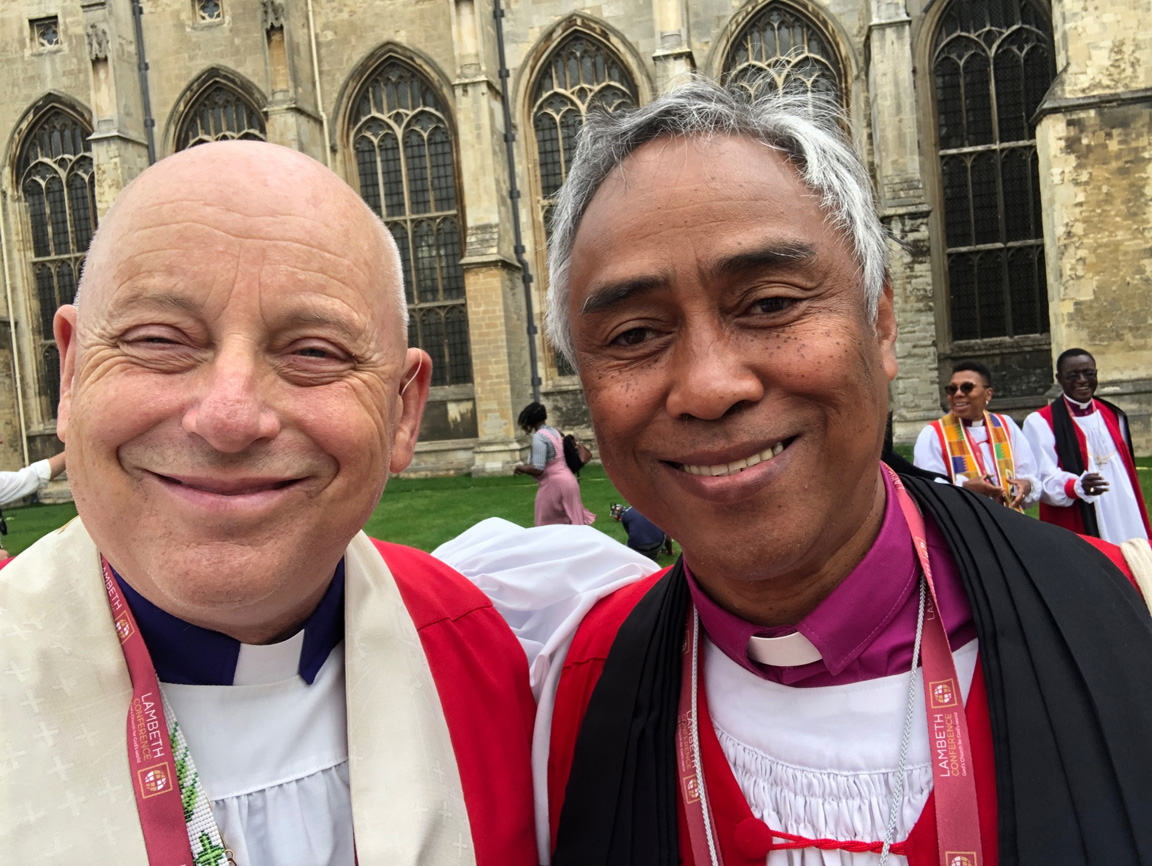 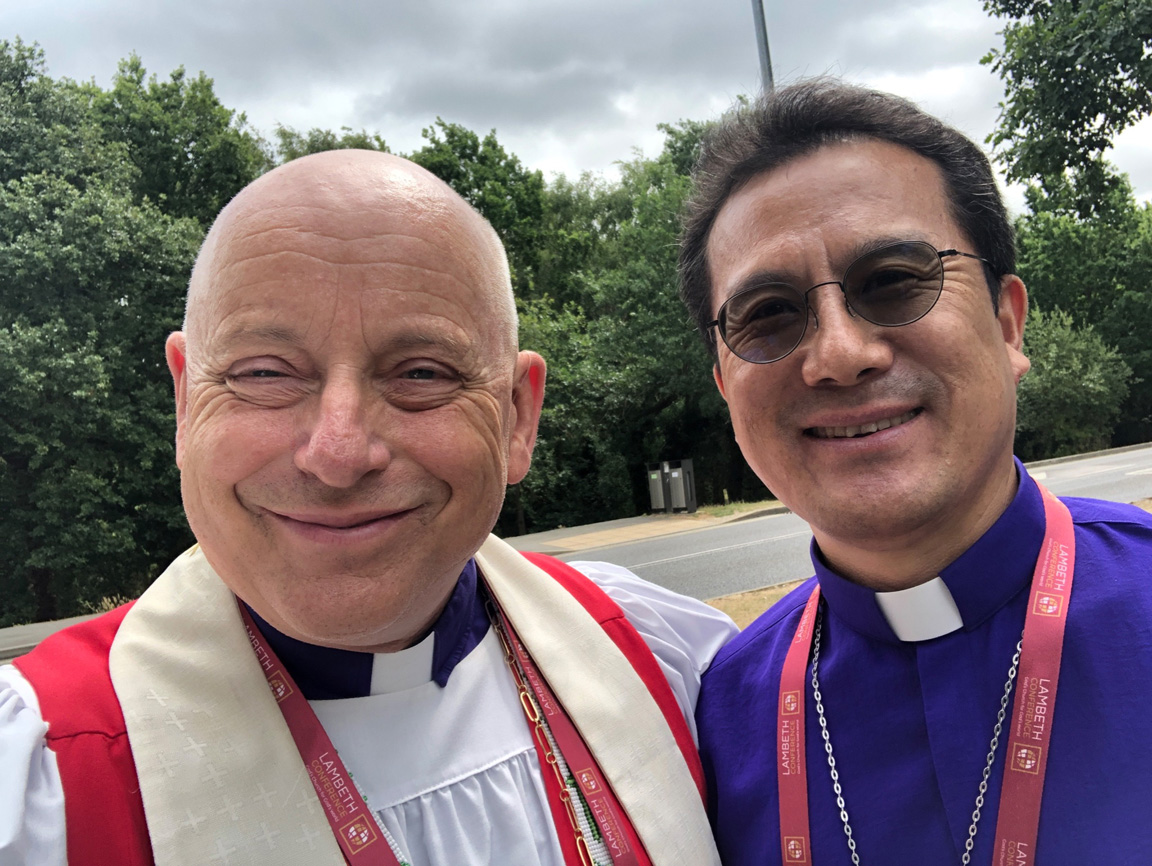