On the way to General Convention 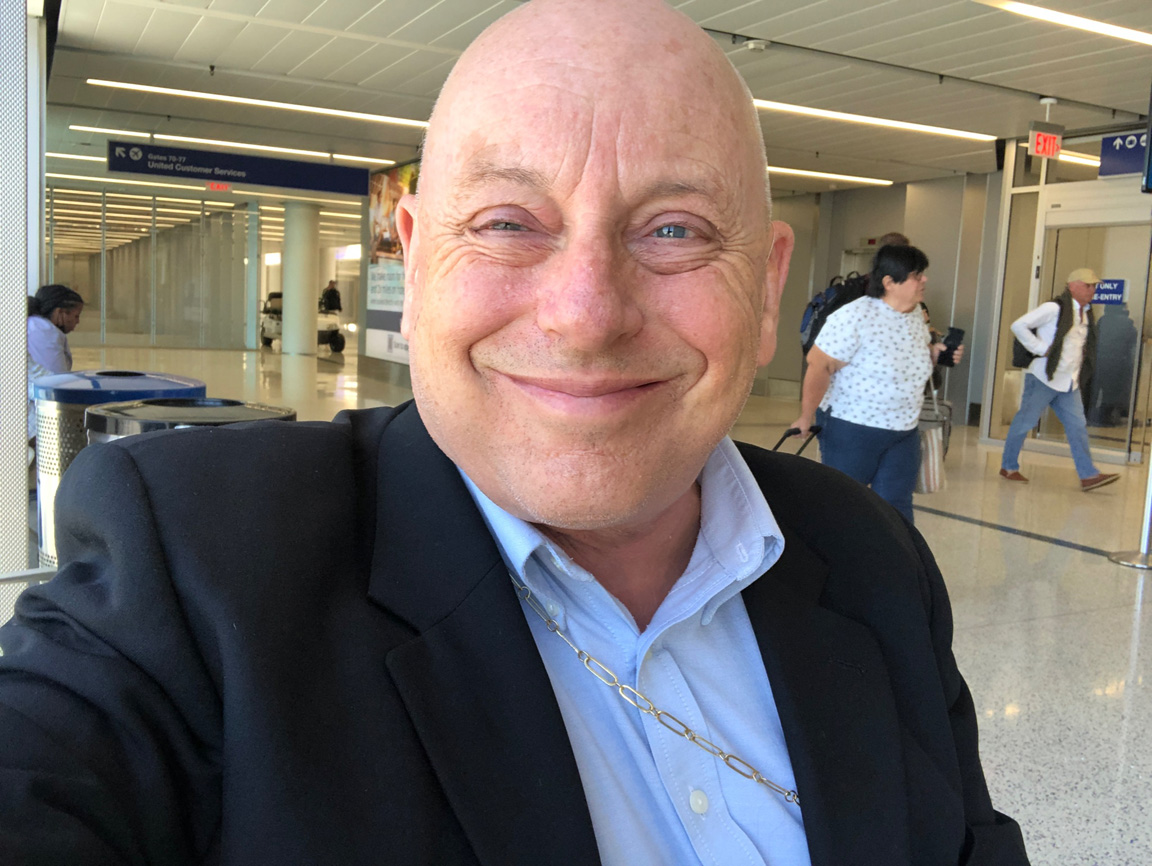 It will be a blessing to join my House of Deputies colleagues in representing the Episcopal Diocese of Los Angeles at the General Convention of the Episcopal Church, which begins Friday morning at the Baltimore Convention Center and continues through Monday.

By planning to arrive tonight at midnight, nevertheless hopeful I’ll be ensconced at my table in the House of Bishops when the Rt. Rev. Diane Jardine Bruce, as secretary of the house, calls the roll first thing in the morning, I’m putting the fickle and flighty gods of Denver connections to the test. Place your bets, please. So far, so good. I’m writing this at LAX, where the travelers are few and the concessions plentiful, untroubled by long lines. 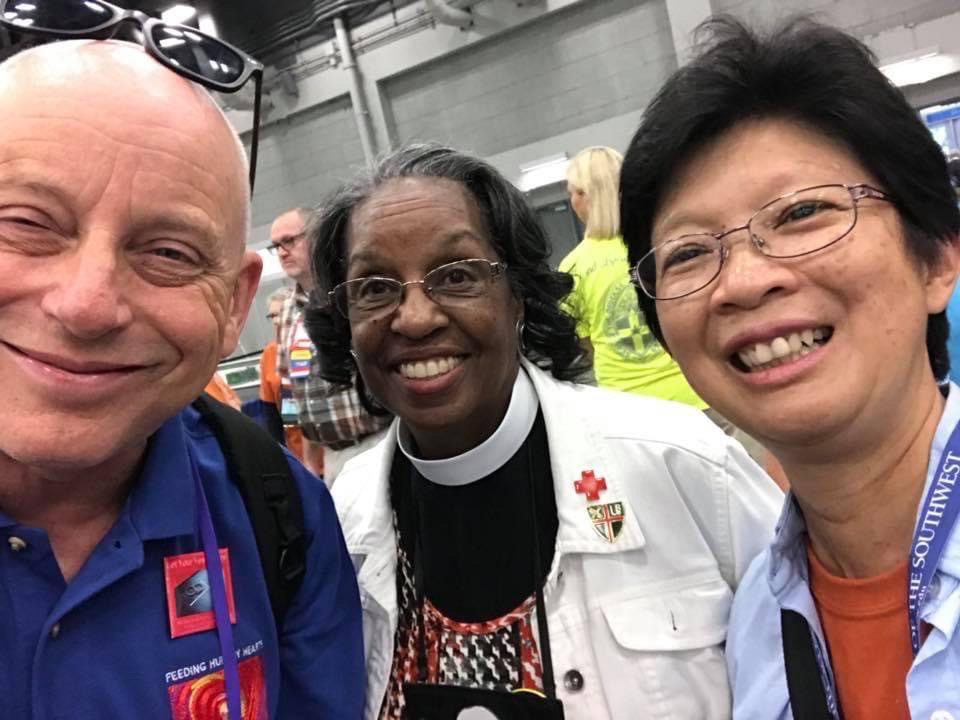 The other photo, with the Rev. Canons Jamesetta Hammons and Ada Wong-Nagata, is from #GC79 at Austin. It was all so simple then. #GC80 will be a selfie desert. Where are Waldo and ++Michael? Present, but only to be photographed from a certain distance. Four days instead of eight, 1,200 instead of the usual 10,000 Episco-Pals, convention will be under strict COVID protocols designed to keep infection rates at 10% among the vaccinated and boosted, which should make the chances of serious illness extremely low. Planners are asking the houses of deputies and bishops not to mingle, even for photos.

In the spring, they considered putting the whole thing online but decided the church’s canons ruled it out. One also sensed a bias in favor of finding a way for at least some of us to travel (the source of greatest risk) and be together while modeling best practices and taking care of one another and our hosts. As the pandemic matures, this has been and will be our shared challenge, at home, church, and work and in the world.

We’re all mourning uninvited colleagues (Los Angeles usually arrives with scores of folks, all our pilgrim standards flapping), no exhibit hall, and less time for fellowship, conversation, worship, and debate. Communications canons Janet Reinecke Kawamoto and Bob Williams have deputized us all as ecclesiastical cub reporters and photographers. Our own the Rev. Canon Pat McCaughan will be in Baltimore, reporting for Episcopal News Service.

Fewer news hounds than usual, and probably a little less news. In May, officers of legislative committees were asked to finish our work in Zoom meetings in June while doing do our best to defer resolutions likely to attract considerable debate and amendment to #GC81 in 2024 in Louisville (please start practicing saying “Louisville” right). For example, notwithstanding all the social media traffic over the last few weeks, crab cakes will be on the table in Baltimore, but not a debate about open communion.

I’m vice chair of the committee on social justice and international affairs. My classmate the Rt. Rev. Daniel G P Gutiérrez, bishop of Pennsylvania, and veteran deputy and lay leader Laura Russell are our able chairs. We sent convention many timely resolutions, among other things demanding justice for migrants and an end to Russian aggression in Ukraine.

But in keeping with planners’ guidance, we didn’t act on resolutions associating Israel with apartheid, which prompted energetic debate in our Zoom hearings. By God’s grace, between Baltimore and Luvul (see what I did there?), we’ll find the right way to speak up for peace with justice in Israel and Palestine while remaining in relationship with all our partners in the region and recognizing the struggle’s unique historical setting. Look forward to programming open to all in our diocese this fall as we prepare to hear about these issues from the Rt. Rev. Hosam Rafa Naoum, archbishop of the Episcopal Diocese of Jerusalem, at our own annual convention in November.

Deputation chair the Rev. Canon Melissa McCarthy, recovering well from a medical procedure early this week, will stay home as our anchor to windward, with Canon White serving as acting chair. I understand he picked up the clipboard and whistle at Melissa’s house right before rolling the dice on his own connections to Baltimore.