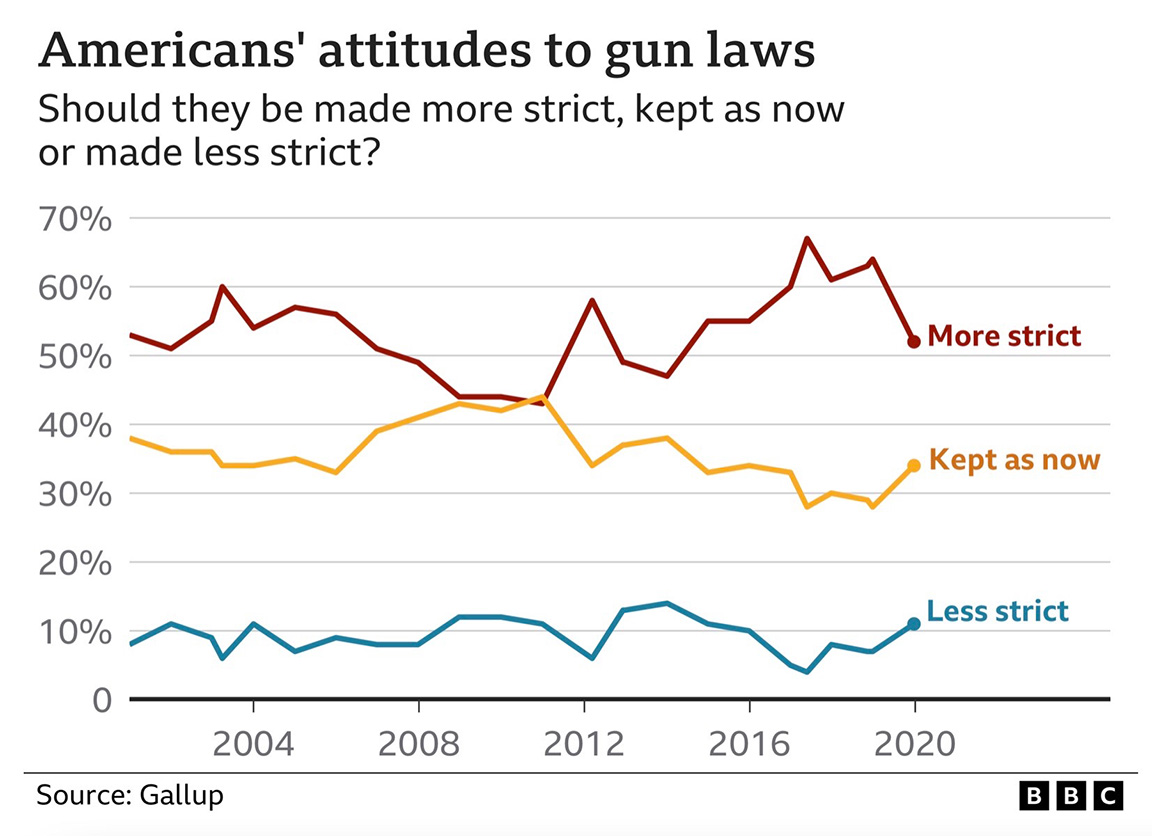 Anyone who’s been in a classroom — and that would be all of us — must be imagining the scene at Robb Elementary School today. Imagining getting the phone call from the police or the hospital. Imagining what it was like for the terrified children and teachers. This is after a week spent imagining our mom not coming home from the market on Saturday, our dad not coming home from a church lunch on Sunday. It’s at least vaguely comforting tonight to imagine something else. Like fewer guns in private hands in the United States.

I don’t say this because I’m sure but because we have to try. Call it the world’s biggest social experiment. Remember that most mass shooters get their guns legally. Whatever their motivations, they shouldn’t have them. I know you agree with that. Since we can’t identify the murderers in advance, the logical solution is to make it a lot harder for everyone to buy guns. As a people, we owe it to those at risk. For Christian ethicists, this shouldn’t be a stretch. We sacrifice for the sake of our neighbor. No one’s desire or need for a gun to be used legally outweighs the potential advantage of there being fewer in criminal hands, being used to massacre children.

By itself, the escalating pace of mass shooting events, exacerbated by pandemic exhaustion and deteriorating civic discourse, means that we have to do something about guns — but wait, there’s more! It is also the desire of the sovereign people of the United States. Check out the graphic. The numbers don’t lie. If we had a national government where the minority didn’t rule, which had the capacity to transact the people’s business as the people desired, we’d have stricter gun laws. And then we’d be able to see if it helped.

If you don’t think it would, hey, you may be right. But with all due respect, you are outvoted. A Senate and Supreme Court controlled by small states help gun control critics get their way. It doesn’t matter if a majority of 40 million Californians and their two senators want to keep our children safer with stricter gun laws. The 3.5 million people of Wyoming, Montana, and the Dakotas, one percent of the population with eight senators, are deciding for everyone.

Some are afraid of our becoming no-gun, low-murder Scandinavia. I say give it a try. During our Scandinavian experiment, maybe the murderers would be resourceful and get their guns on the black market. Or maybe they wouldn’t. Maybe we wouldn’t be experiencing and imagining so much death in classrooms, churches, and supermarkets. We won’t know for sure unless we try. And the reason we should try is that the American people want to. When did that stop being good enough for our leaders?