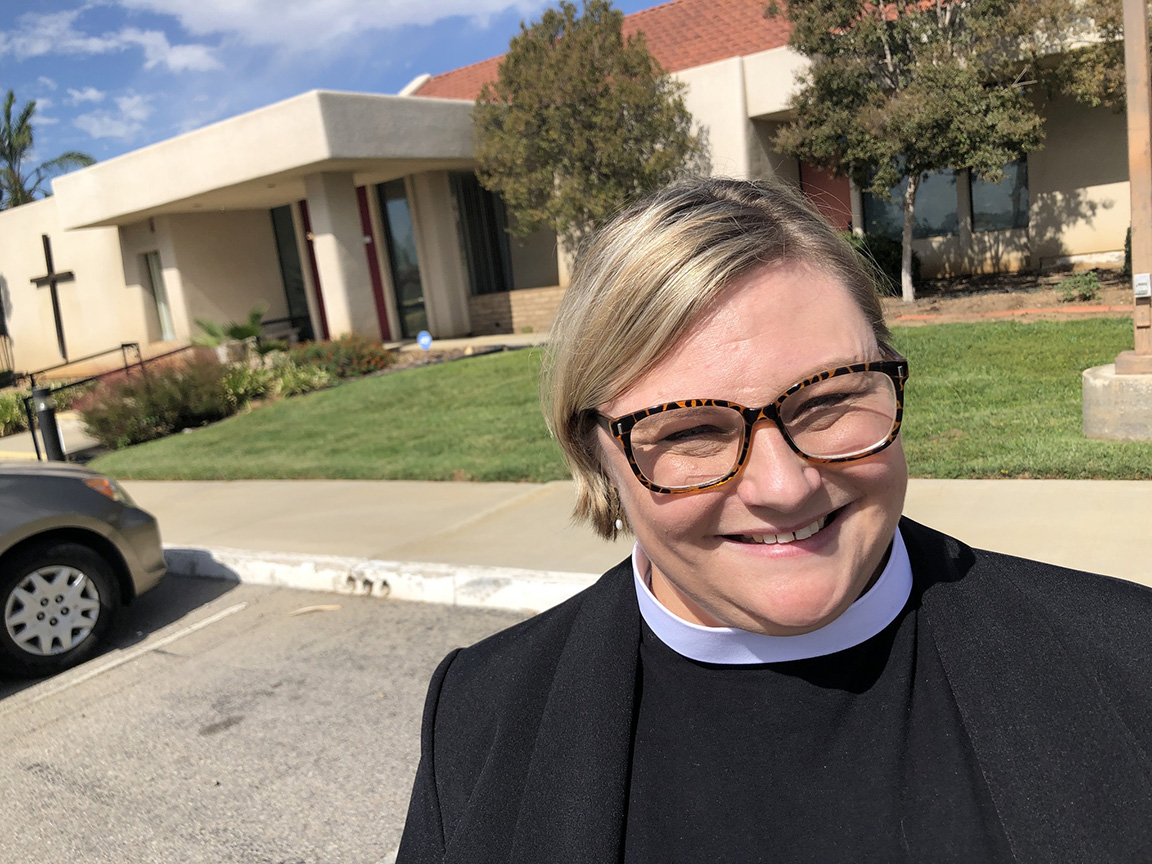 Yucaipa is a town of over 50,000 in San Bernardino County, in the rolling hills of the San Bernardino mountains, evincing an independent heartland sensibility, as do many inland communities in the Episcopal Diocese of Los Angeles. St Alban’s Episcopal Church has served this community for over 50 years, these days cheerfully proclaiming an inclusive, welcoming ethos.

As a colleague said recently, Yucaipa needs The Episcopal Church; and St. Alban’s relies on Yucaipa and serves it as well, including through its ministry to the food insecure and its monthly blood drive. Its cheerful, innovative, faithful vicar, the Rev. Cecelia Goodman Schroeder, and the wardens and vestry will be the first to tell you that financial sustainability is an issue. Shared ministry with a nearby Lutheran church didn’t thrive. St. Albans’ also tried community gardening, though the pandemic complicated things.

The small, feisty mission church continues to innovate. To share clergy, programs, and overhead, it’s joined with nearby Trinity Episcopal Church in Redlands and St. Stephen’s Episcopal Church in Beaumont. CC, the Very Rev. Canon Bill Dunn (now the Trinity priest in charge), and the Rev. Stacey Forte-Dupre are the front-line trio. More exciting plans are afoot, including the possibility of establishing a commercial community kitchen at St. Aban’s. There’s also room for affordable housing.

I was along Sunday to preach, celebrate Holy Eucharist, and join with the whole congregation in calling down the Holy Spirit as we baptized and confirmed Jacob and received Denise and confirmed Christopher and Monica in the Episcopal Church. A delicious pot luck lunch followed, with plenty of conversation with St. Alban’s folks, including the Rev. Jay Tillitt, a retired priest who assists the Inland Empire triad, and the vicar’s husband, John, who grew up at Trinity and now serves the Naval Seas Systems Command in Norco as a civilian IT specialist. John studied music composition at my alma mater, UC San Diego, under legendary double bass innovator Bert Turetzky. Small world. Bert gave me a C+ in 1979 on my undergraduate paper analyzing Aaron Copland’s “Piano Variations.” Not that I still feel bad about it or anything. 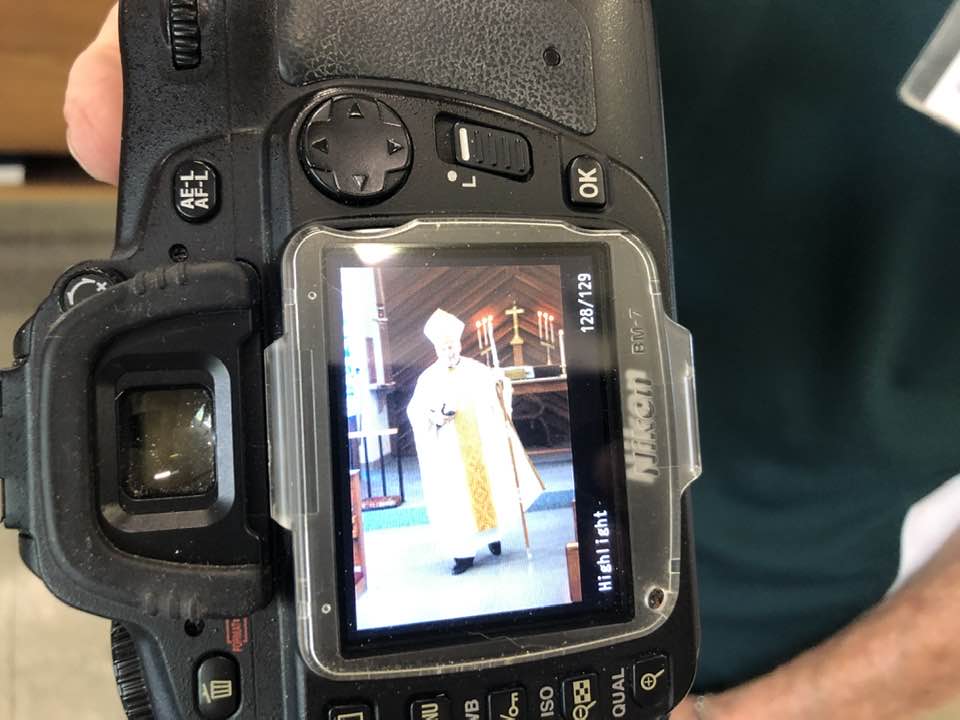 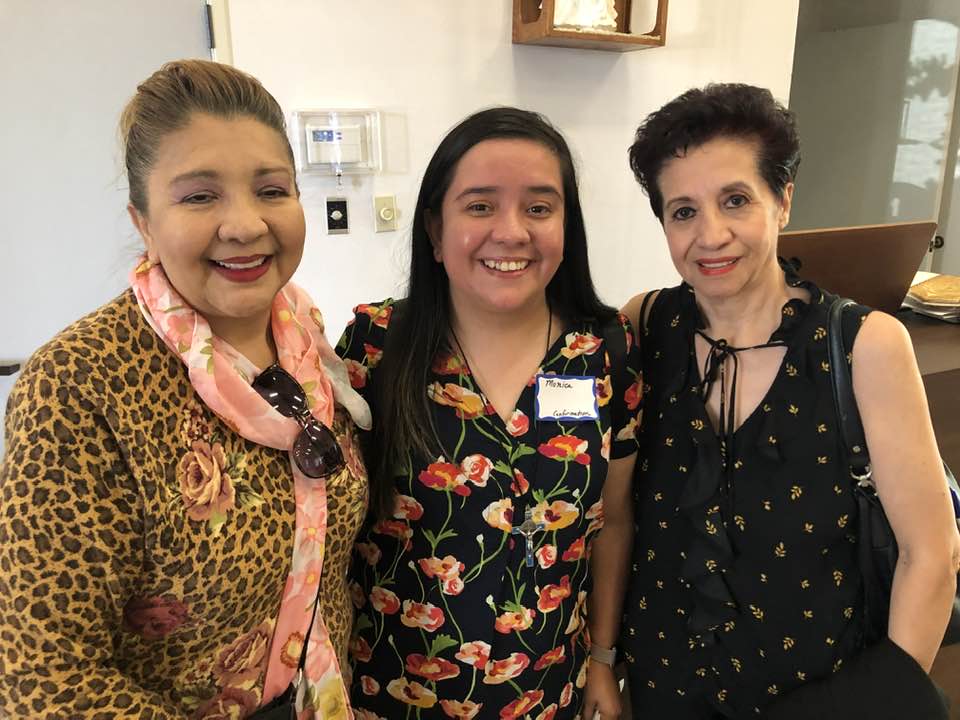 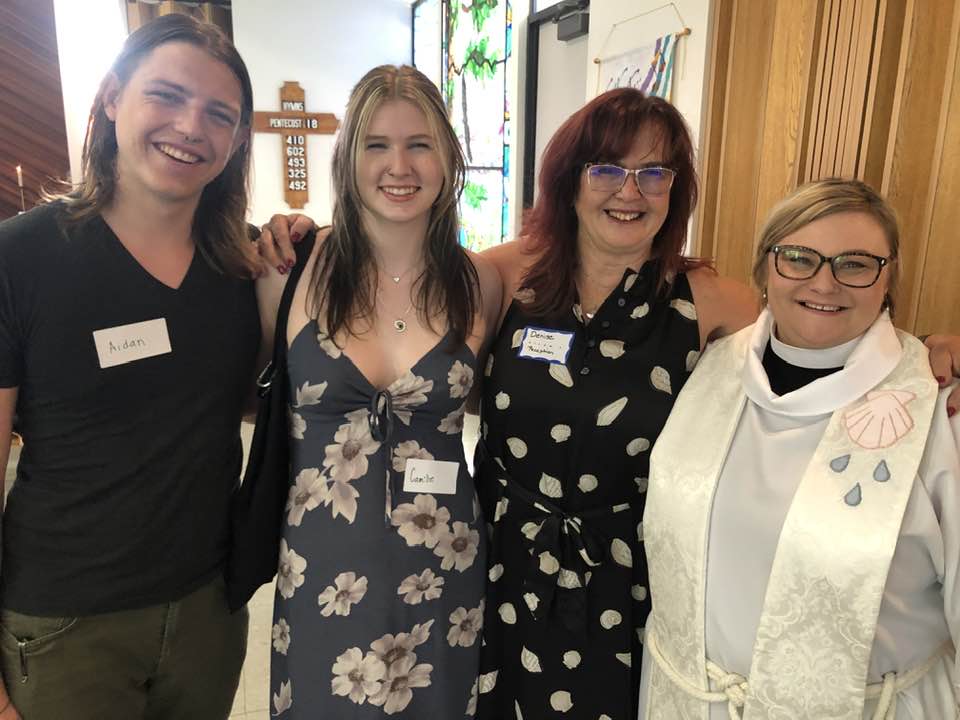 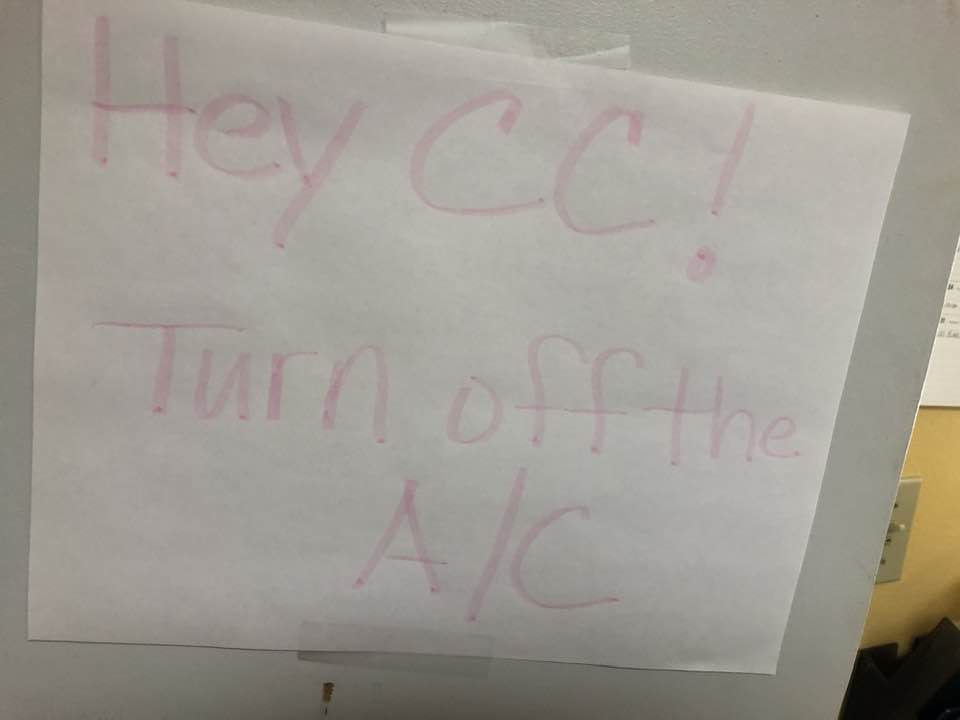 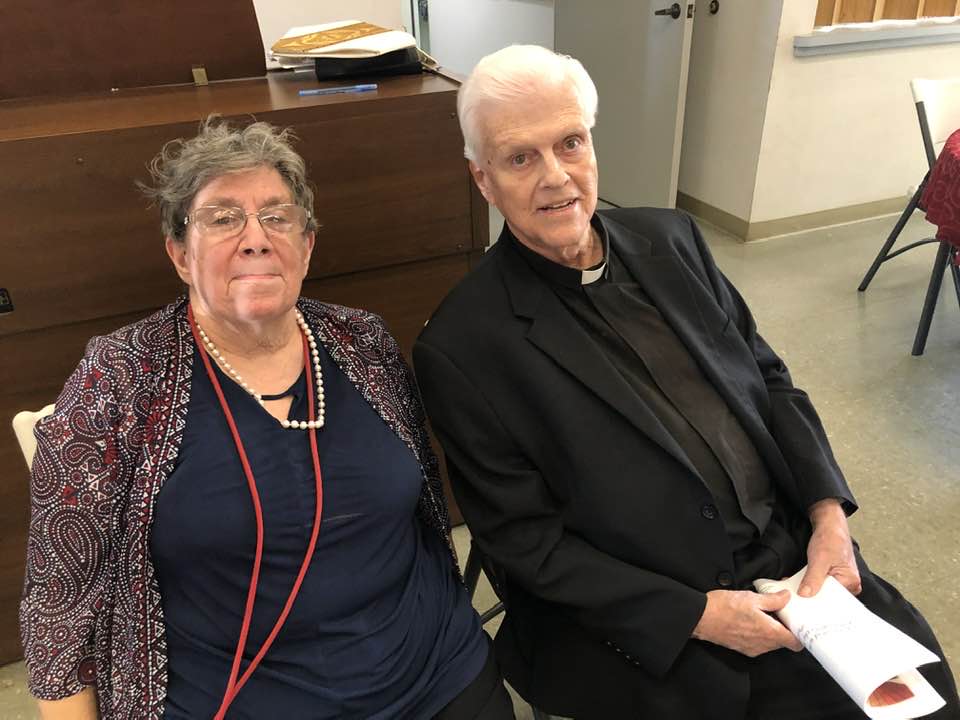 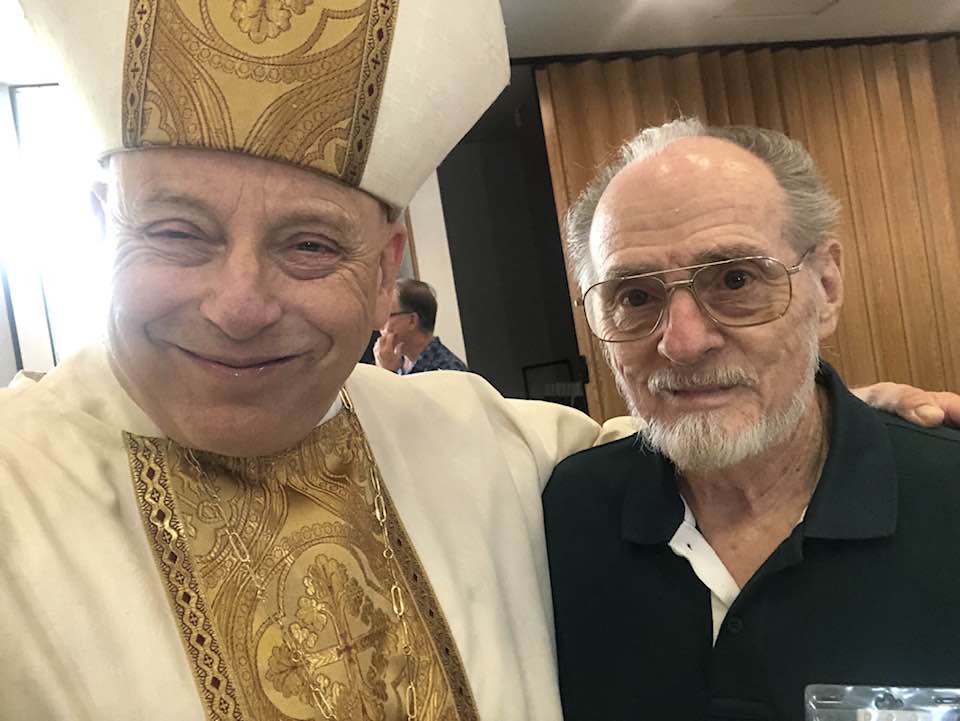 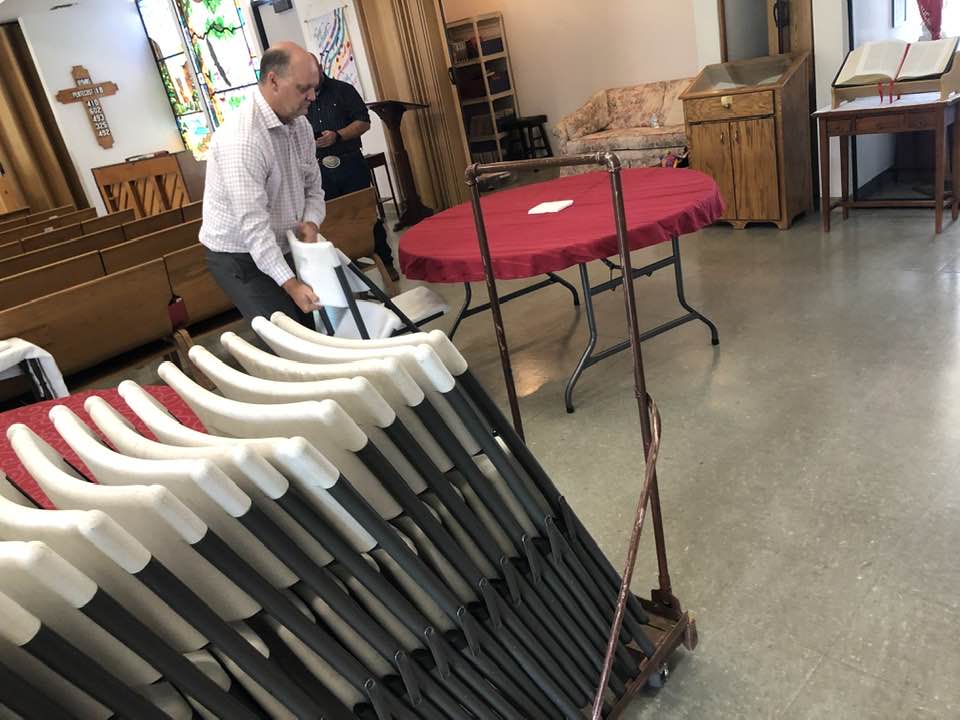 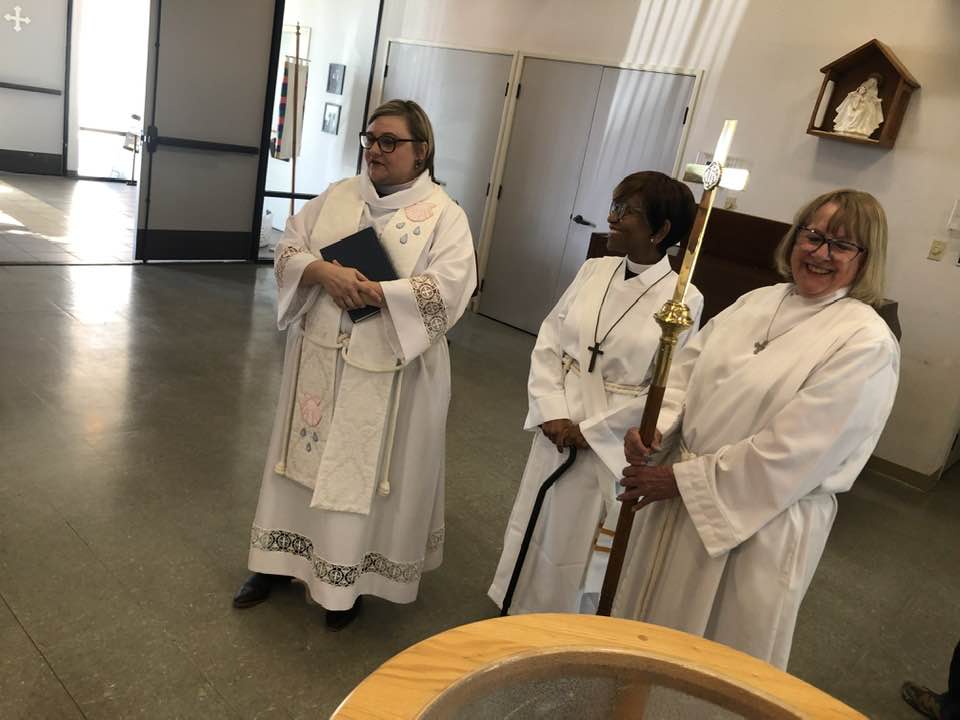