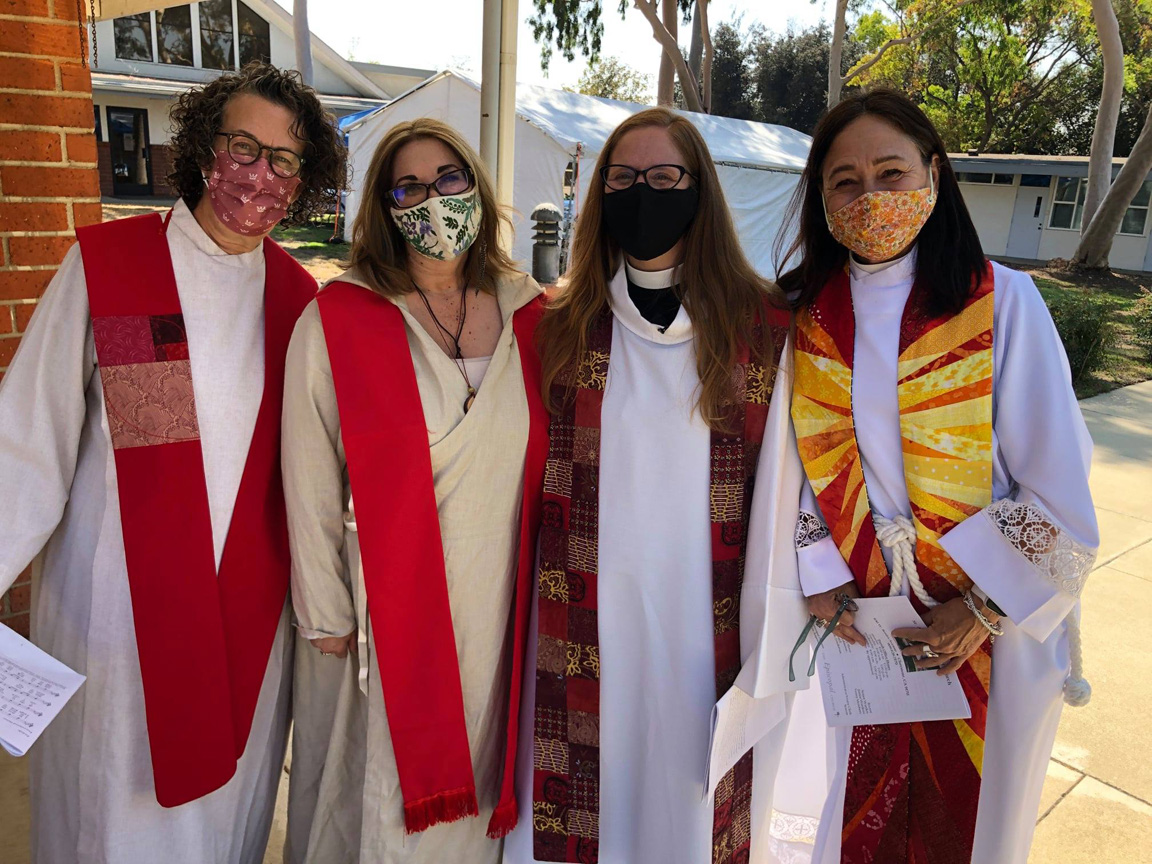 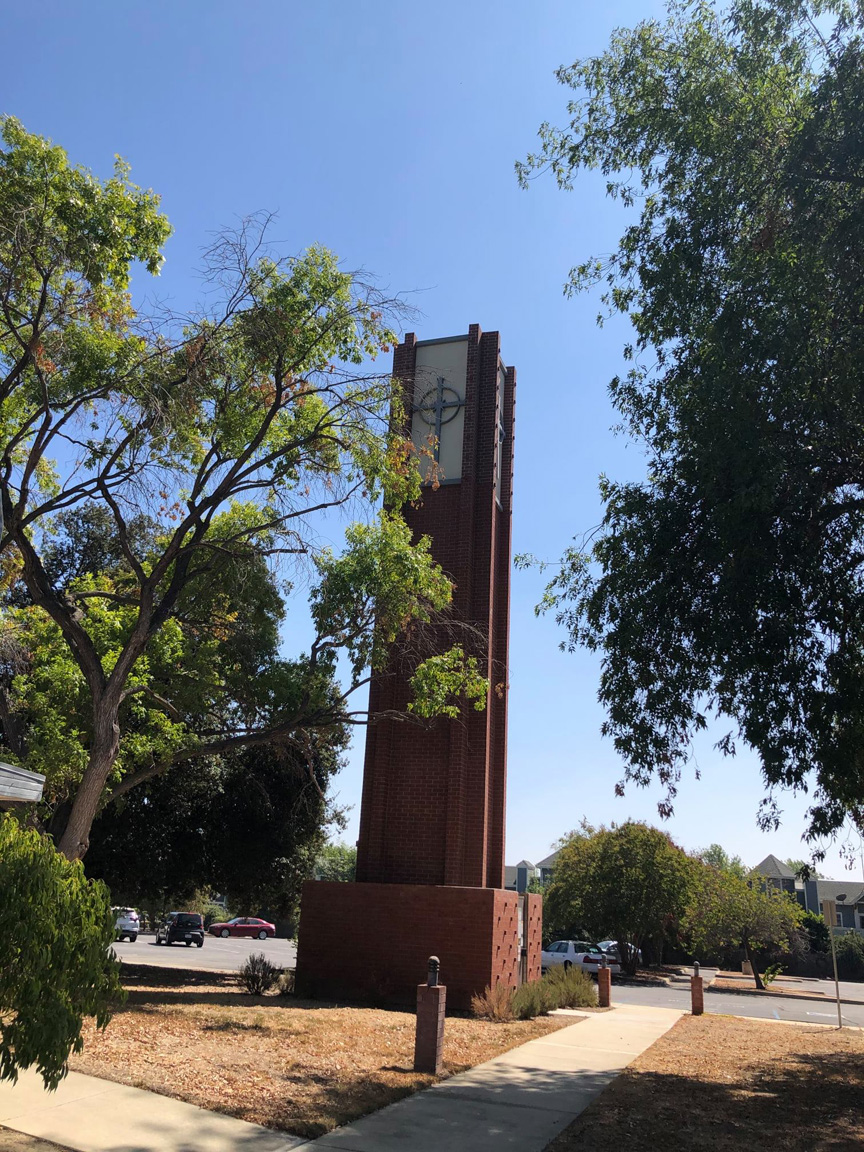 The Rev. Jessie Smith, installed Saturday as rector of Saint Ambrose Episcopal Church in Claremont, was born and raised in Chester, PA, and graduated from Goddard College in Vermont. Her seminary was in Austin. My colleague the Rt. Rev. Greg Rickel ordained her in the Episcopal Diocese of Olympia, where she began her parochial ministry. She knows her way around Pentecostalism and the Catholic Worker movement.

A few years ago, pilgrim Jessie moved to southern California to enable her spouse, Drakar Druella, to get a graduate degree at Claremont School of Theology. In the meantime, she thought she’d do some chaplaincy. But then she walked into St. Ambrose one Sunday and heard the whisper and felt the tug. The same one Abram did back in the day and you, too, in your epiphany moments. “I’m meant to be here,” she realized.

Though she was named rector in August 2019, the germ delayed her installation. Along with her dean, the Very Rev. Keith Yamamoto, and clergy colleagues from within and without the Episcopal Diocese of Los Angeles, I was along Saturday morning to do the honors as well as preach and celebrate. Her cheerful mother, Iona, who worked over four decades as a nurse, was in town from Boise and sat in a front pew next to Drakar, who’s beginning a chaplaincy residency at Children’s Hospital Los Angeles. Drak took to the piano to offer the offertory anthem. Jessie’s father, sister, and brother participated via livestream.

Look for Jessie and St. Ambrose to pursue their shared passion for social justice and neighbor care (their shower program for the housing insecure recommenced two weeks ago) as well as interfaith and ecumenical work. Jessie is the new president of the Claremont Interfaith Council, where her broad experience of Christian expressions will help with the difficult conversations among our vying sects (harder these days, it seems, than our relationships with Muslims and Jews). They’re also exploring sharing their magnificent, tree-shaded campus with an affordable housing project. 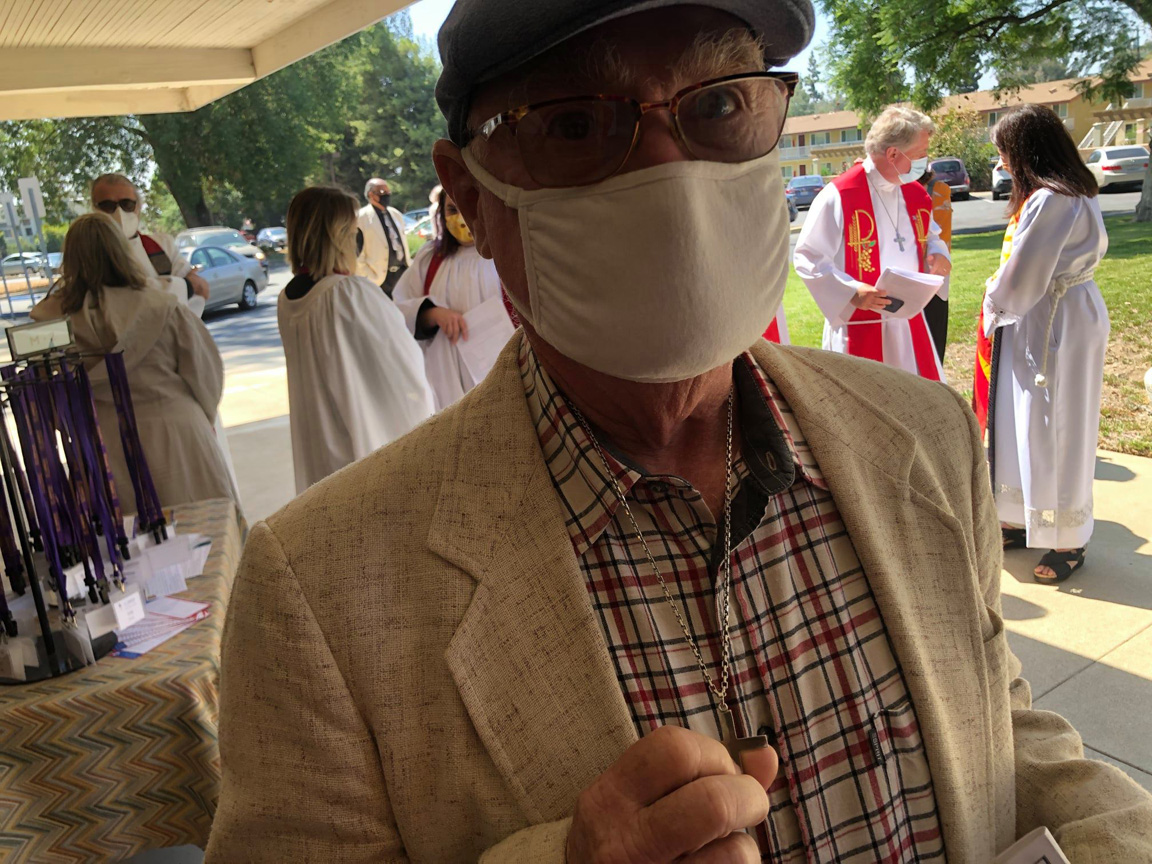 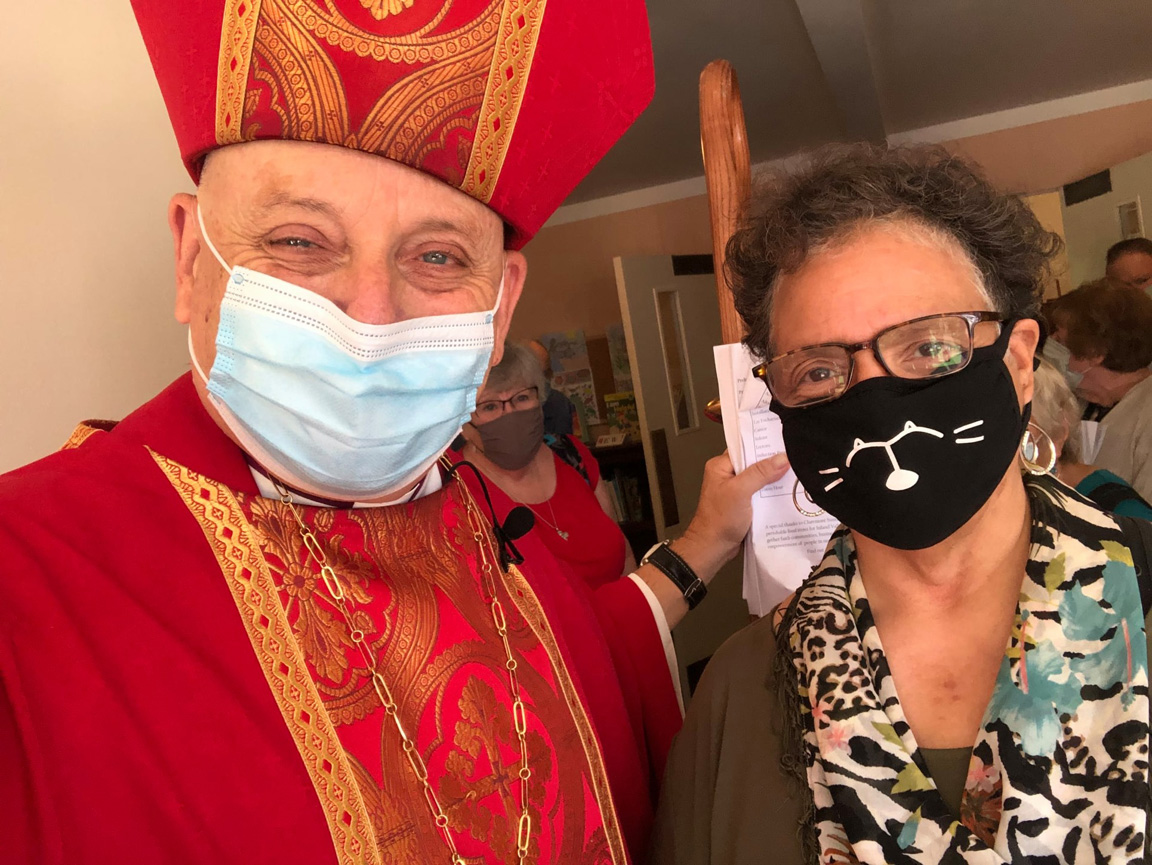 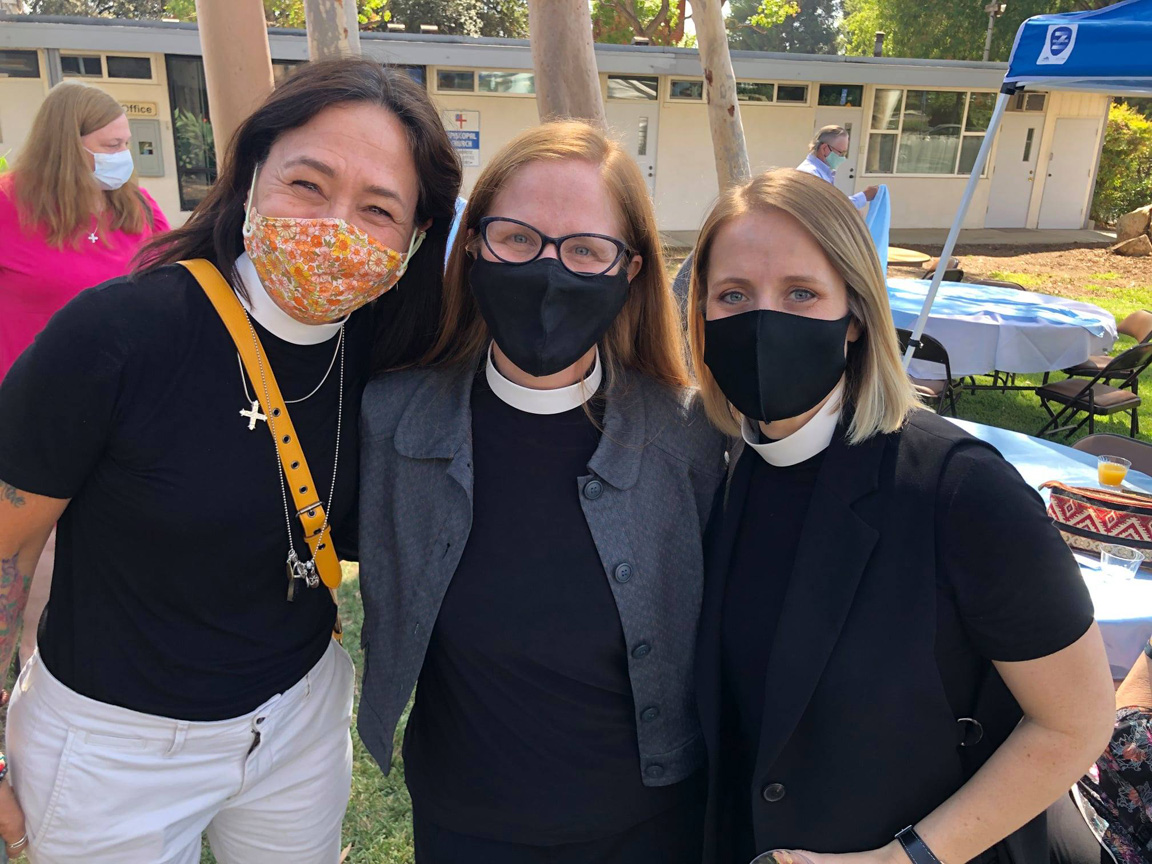 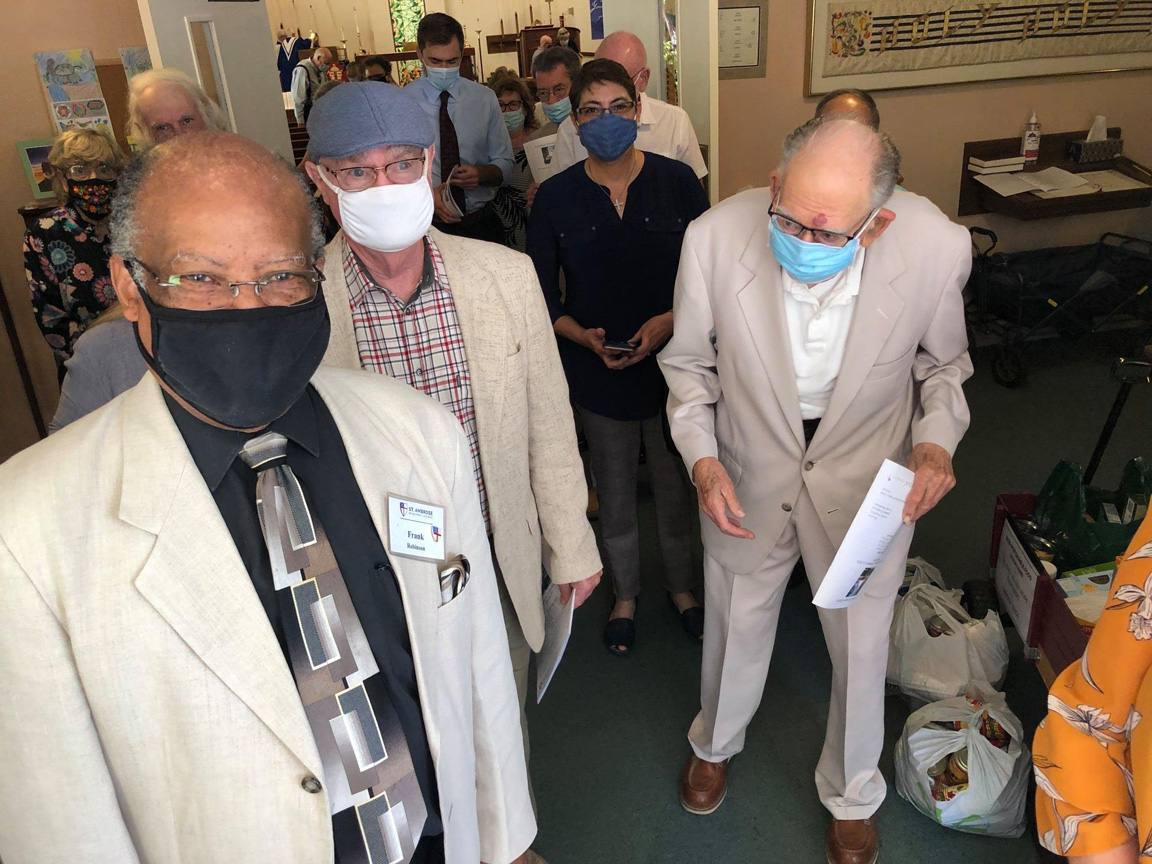 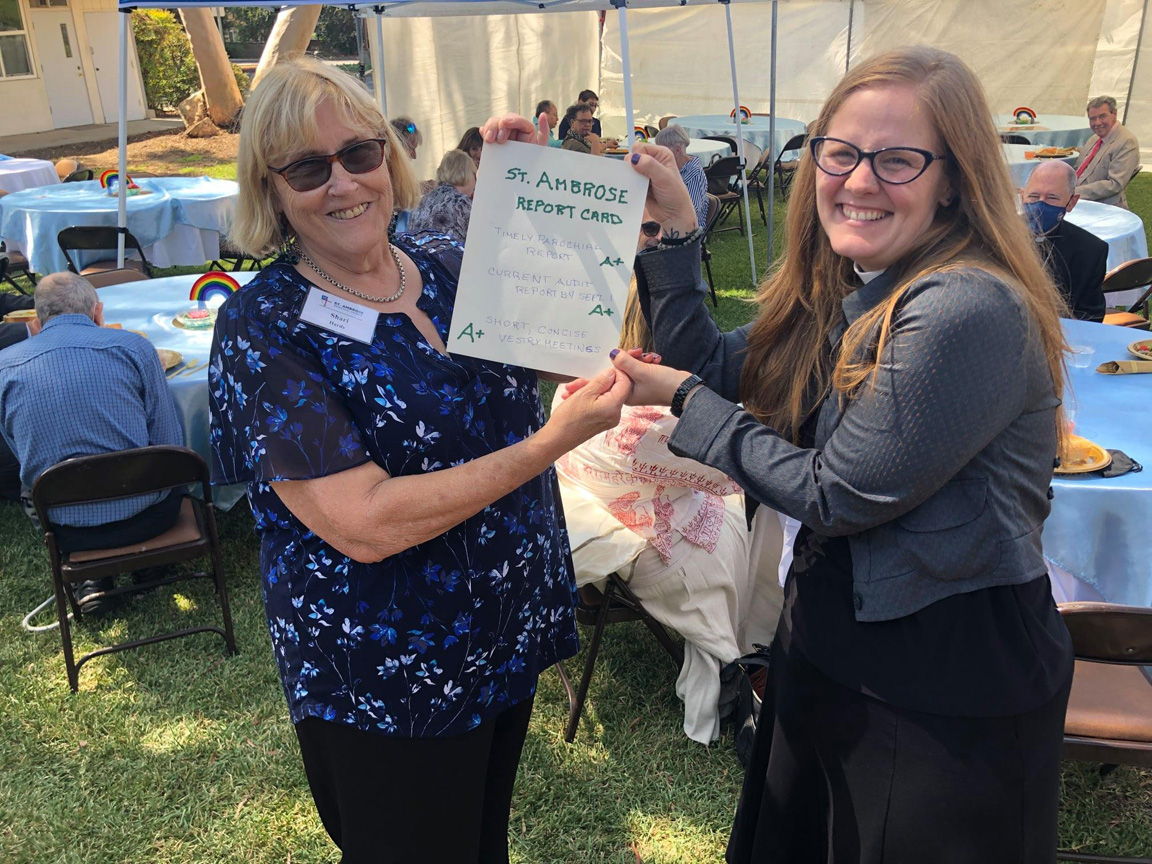 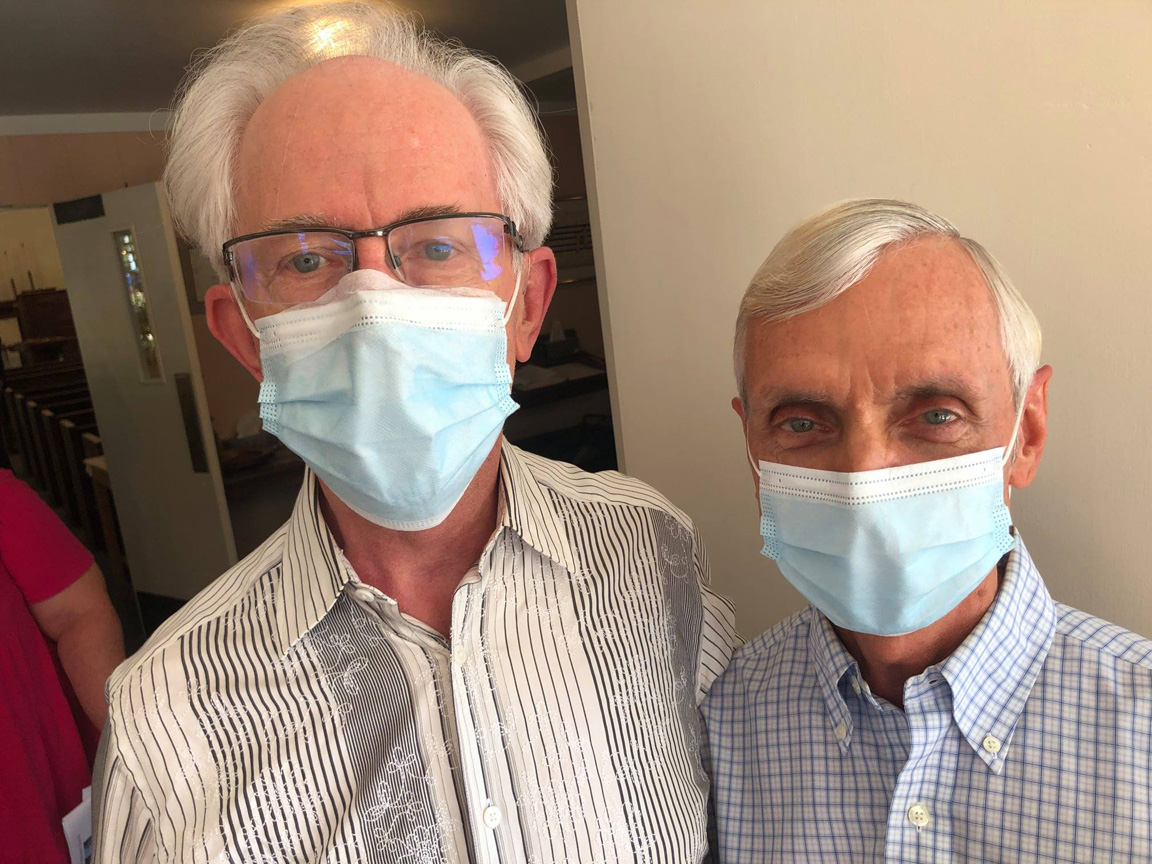 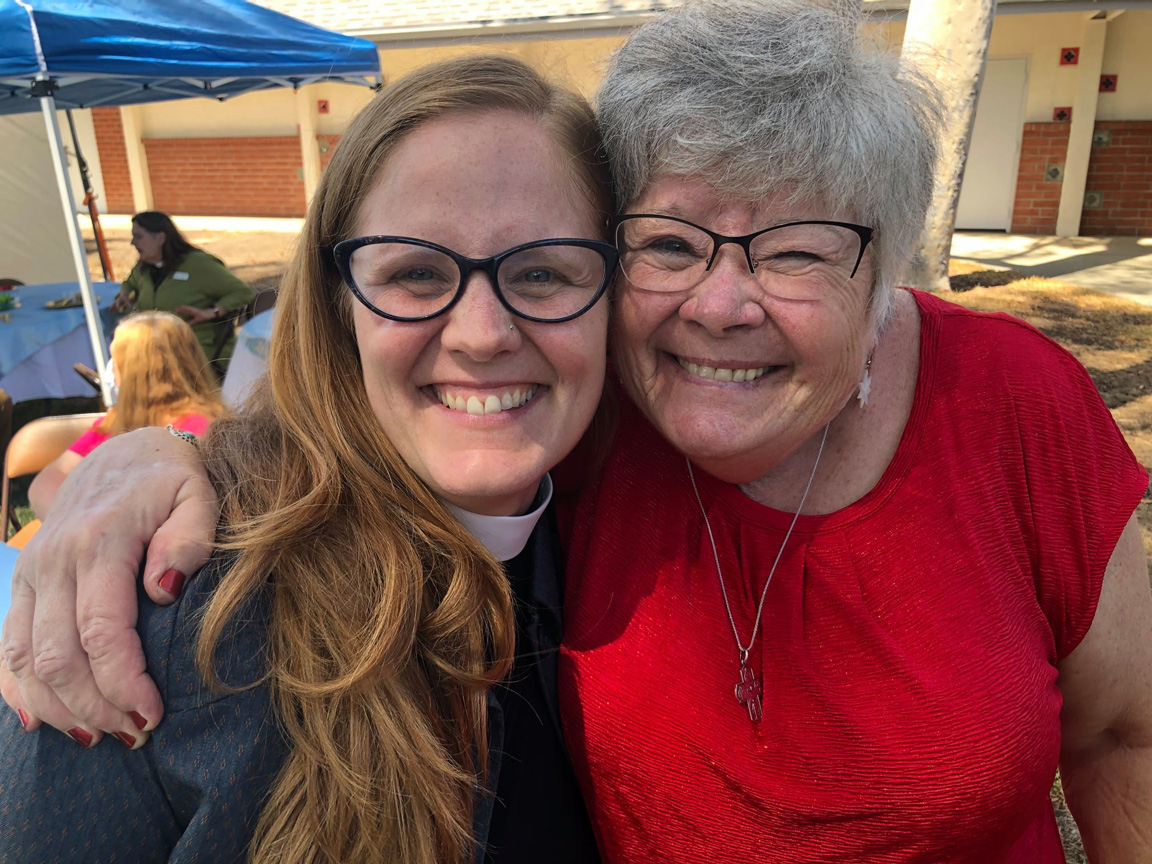 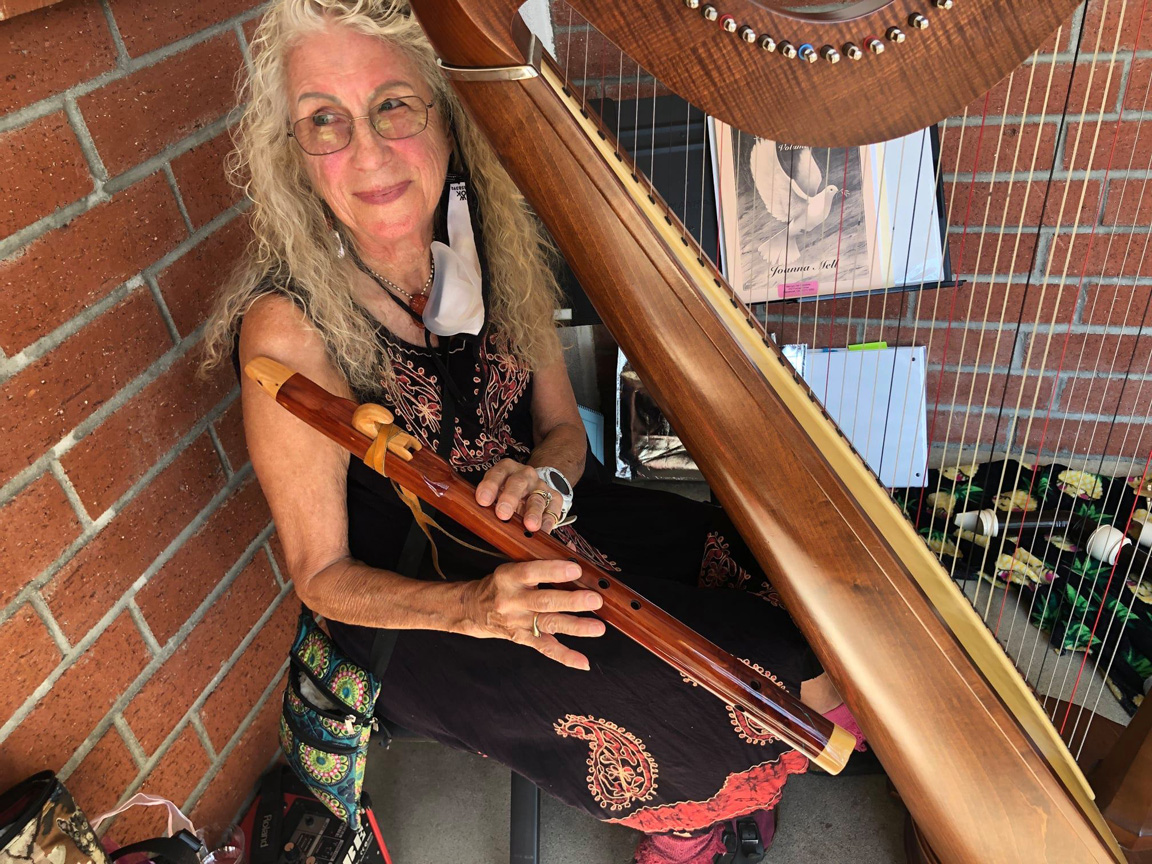 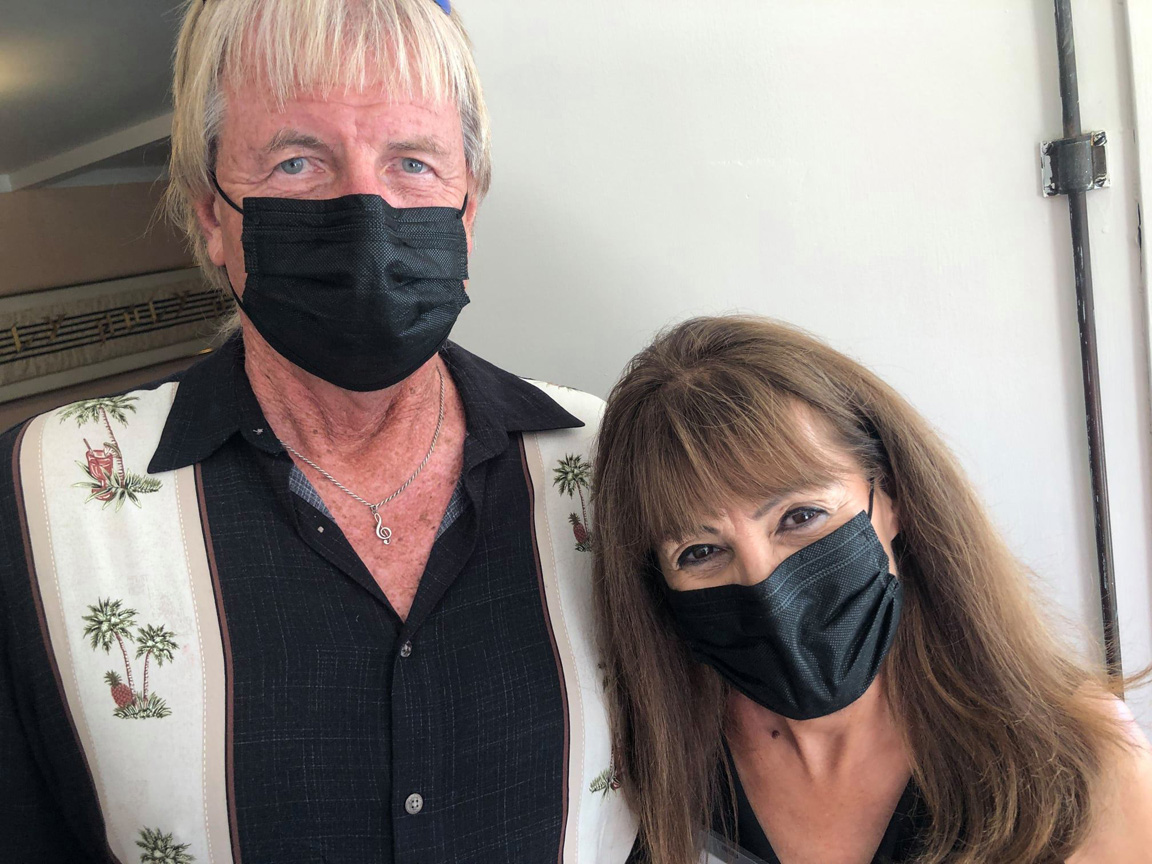 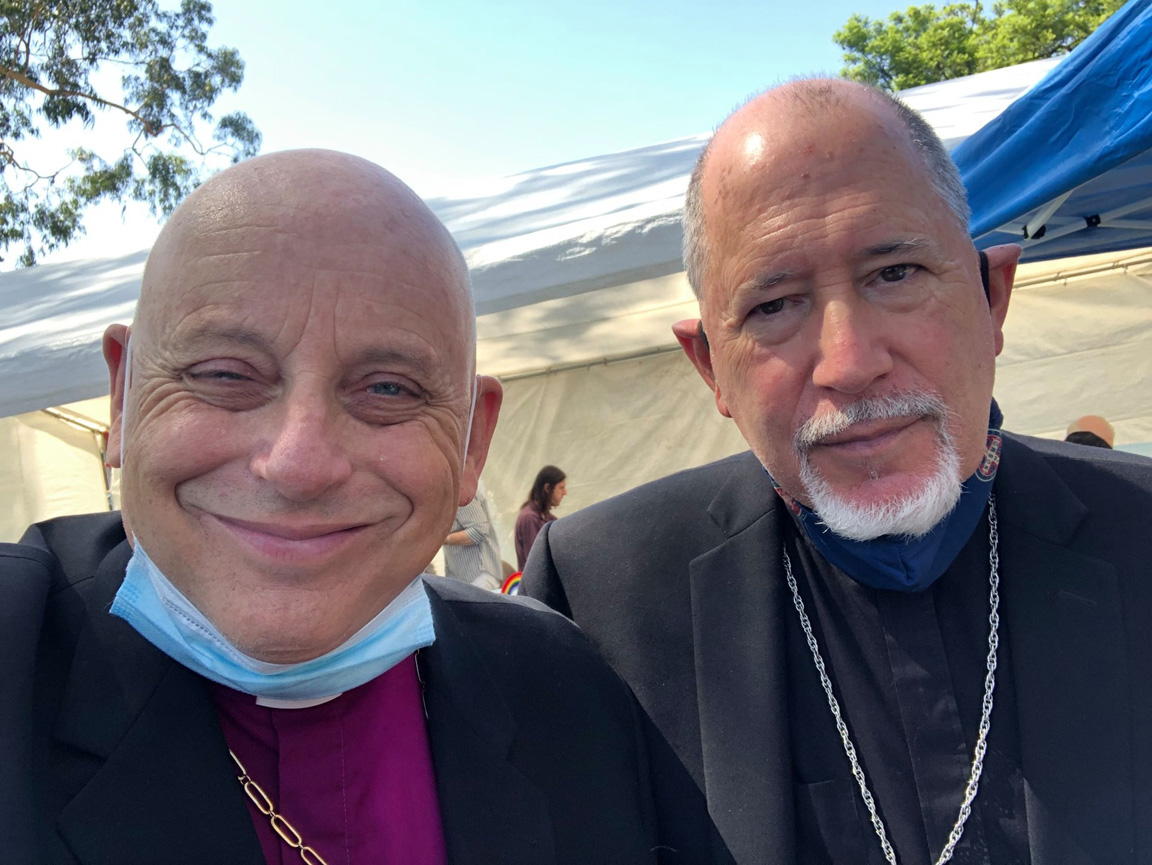 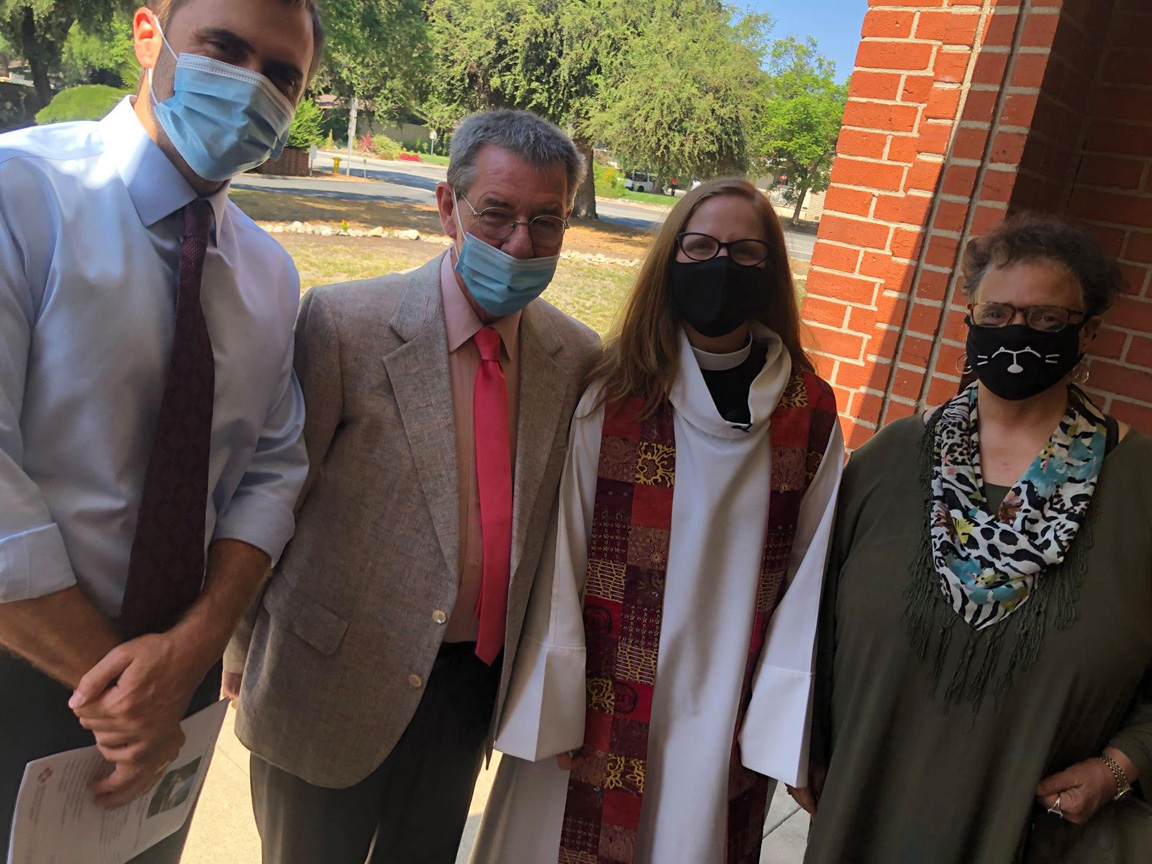 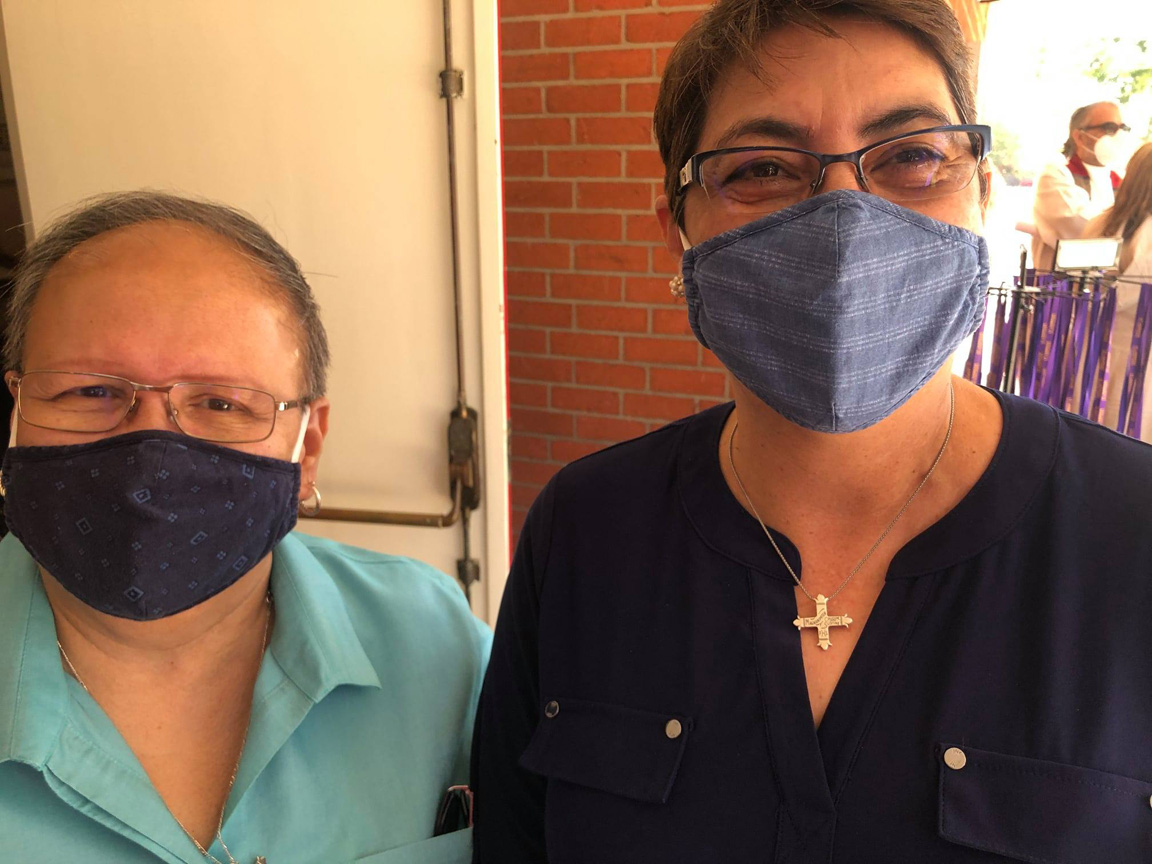 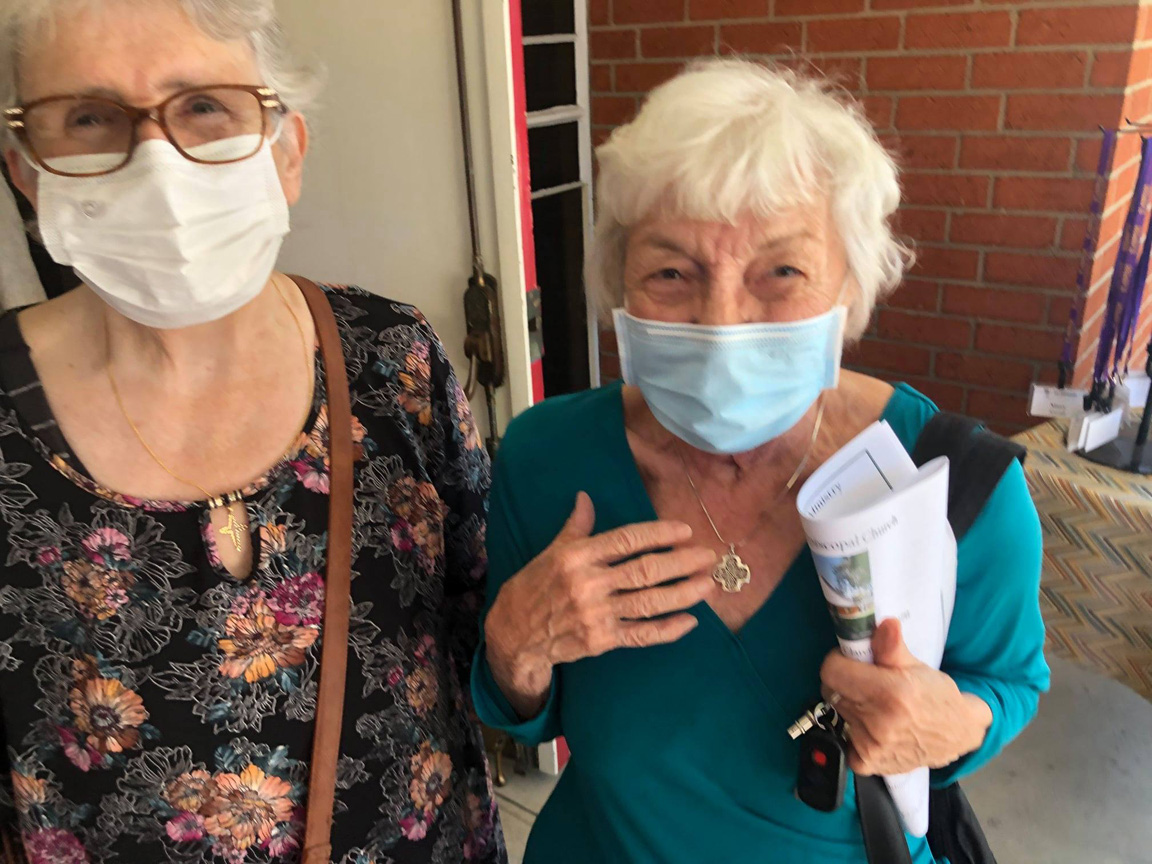