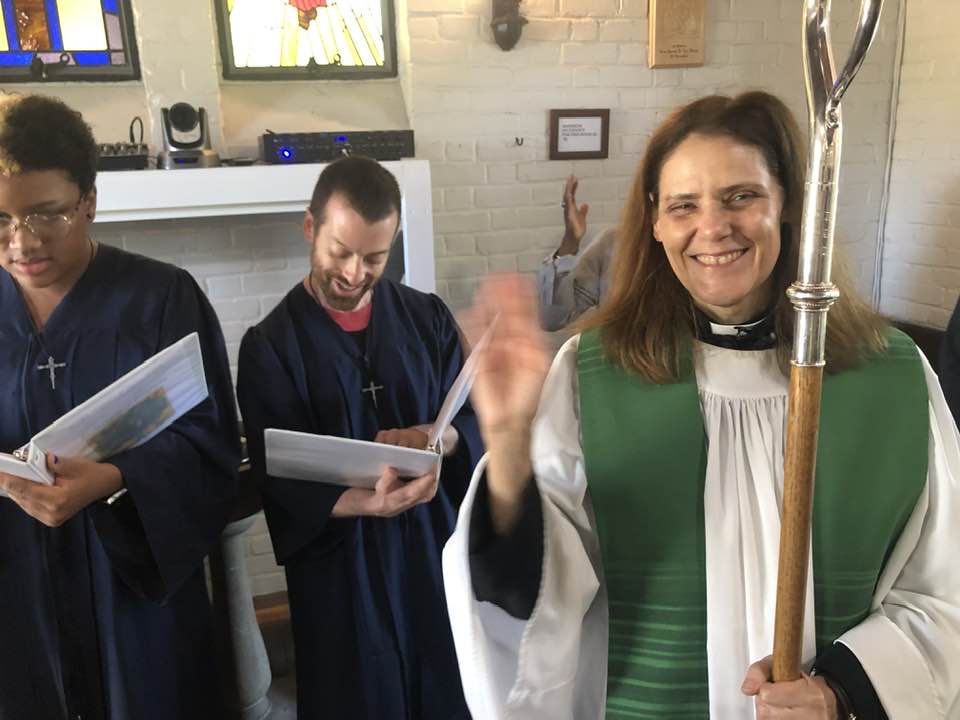 One day 113 years ago, when William Howard Taft was president, Pasadena Episcopalians of African descent gathered at Mrs. Gloria Weatherton’s house on South Fair Oaks to discuss starting a mission church — since parishes in the neighborhood, including All Saints Episcopal Church, Pasadena, now abundantly welcoming, had not been so back in those times.

People have always cast stumbling blocks in God’s way. This is a particularly shameful local example — and not the only time that racism in our Episcopal Diocese of Los Angeles resulted in the creation of a new church by those our forebears had excluded in Christ’s name.

When she is called down by those who are in Christ Jesus, the Holy Spirit is irresistible. By 1923, meeting in Grand Army Hall, the mission was called St. Barnabas. It moved into its beautiful building on North Fair Oaks in 1933. All these years later, the parish church is joyously worshiping and serving — not as a church, I was cautioned today during my visit to preach and celebrate, but a church family.

The Rev. V.R. Marianne Zahn, rector since April, following a quarantine stint as a supply priest, brings to her part-time ministry a kind, curious, pastoral mien as well as her gifts as a preacher and liturgist, with her theatrical and screenwriter vocations no doubt rubbing off. Indeed it’s a whole church of cool people. I met a former congressional aide, the former IT VP for the Dodgers, and a retired top LA county official. A Jesuit-trained bishop and his priest colleague, from the Iglesia Católica Apostólica Comunitaria, arriving for their usual 1 p.m. Spanish mass in the nave, added ecumenical richness.

The choir was magnificent and mostly in sneakers, since it was casual Sunday. My chaplain was Robert Edwards, a carpenter in the LA sheriff’s department who was formed as an Anglican in Costa Rica, where his father, in his nineties, still worships at Robert’s baptismal parish, St. Mark’s. He’s a year from retirement. I asked what he was going to do for fun. “Spend more time working around the church,” he said.

Because we really live in an age of miracles. When I asked Sylvia Strong how long St. Barnabas had been her church, she said, “Eighty-six years. I came when I was one.” Among the precious archival items she showed me in a display case in the parish hall was a photo of her confirmation day in November 1947. Pillar of the church, Marianne said; or foundation stone. Marianne is assisted by another diocesan legend, the Rev. Angola “Golie” Haynes, who said during announcements that my sermon had been a little political, “but not political enough for me!”

St. Barnabas is famous for its outreach, supporting scholarships for college-bound high schoolers, a youth baseball team at the Jackie Robinson Community Center across the street, and care for housing- and food-insecure neighbors. In a wide-ranging vestry meeting after a tasty lunch, we talked about balancing the values of welcome and security and ideas for new partnerships among missions and parishes so smaller, less well-resourced places don’t have to go it alone. I came away with lots of ideas from these resourceful lay and ordained leaders. You’ll get some of your own by visiting the website.

Then it was on to the Atherton in Alhambra for precious time with Canon Lydia Lopez, who is battling myriad health challenges with her usual courage and grace, and the Rev. Ellen Wekall, a psychiatrist who worked with four bishops and served at The Church of Our Saviour in San Gabriel well into her nineties. She is wise in the ways of the church. Bishops should listen to her, and might have listened more. 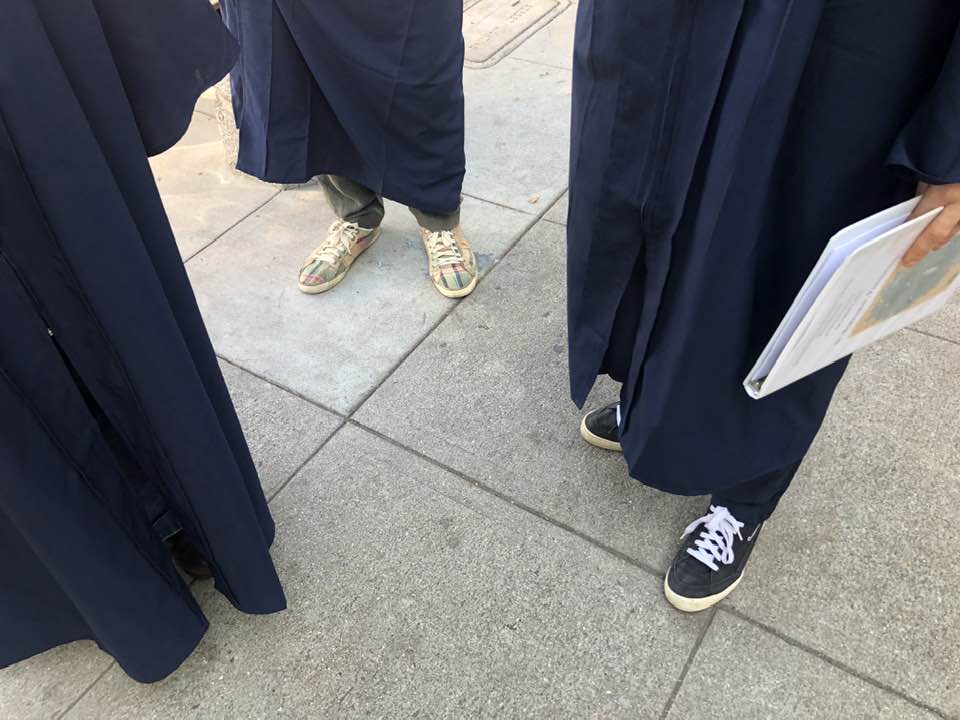 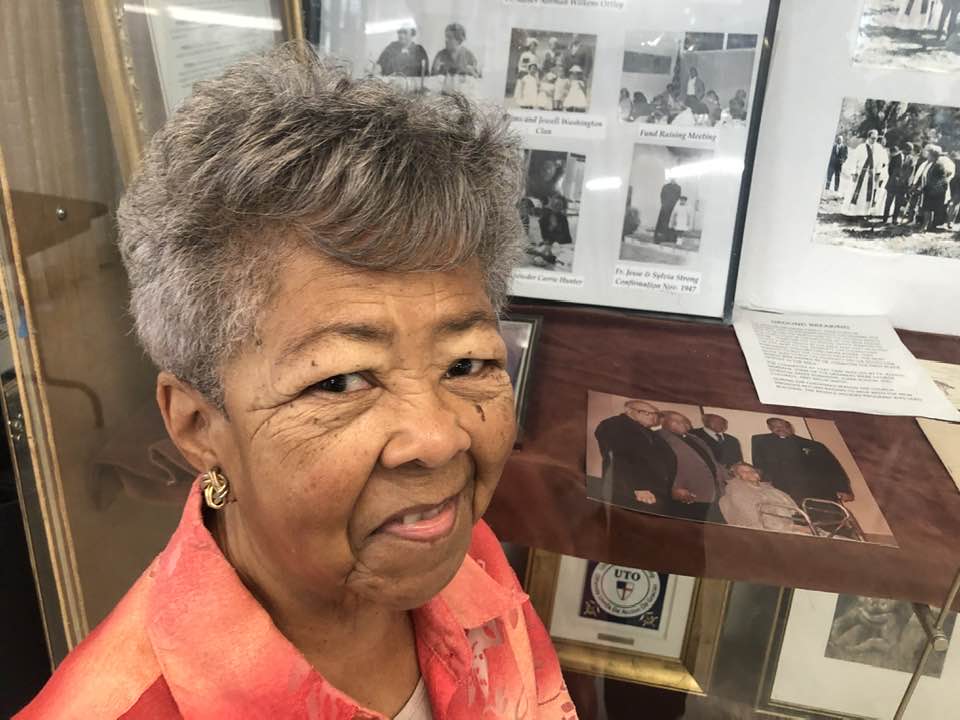 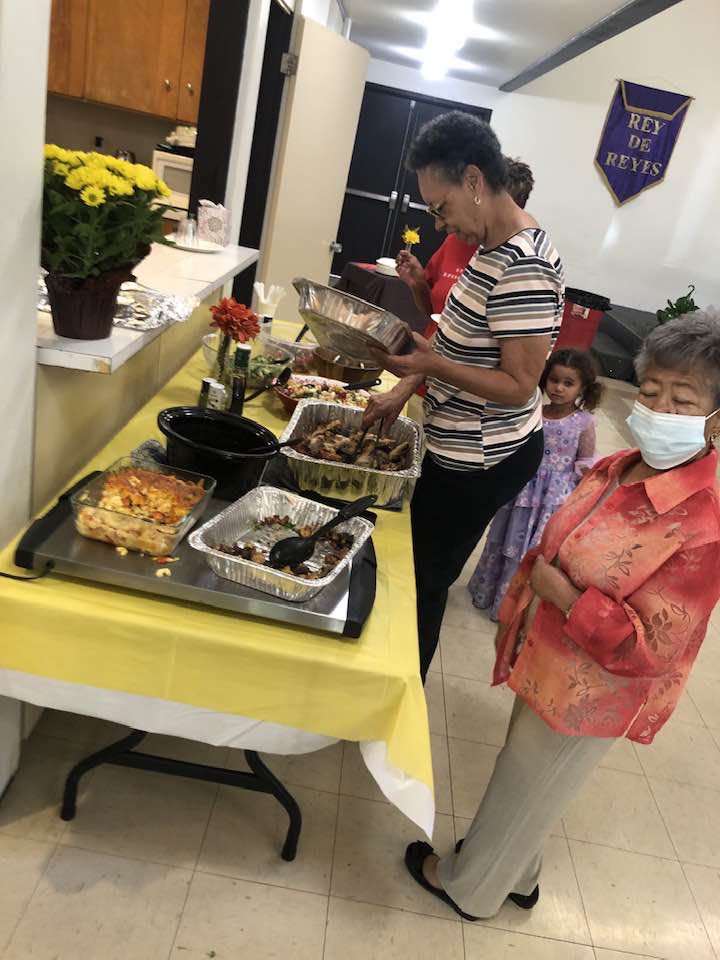 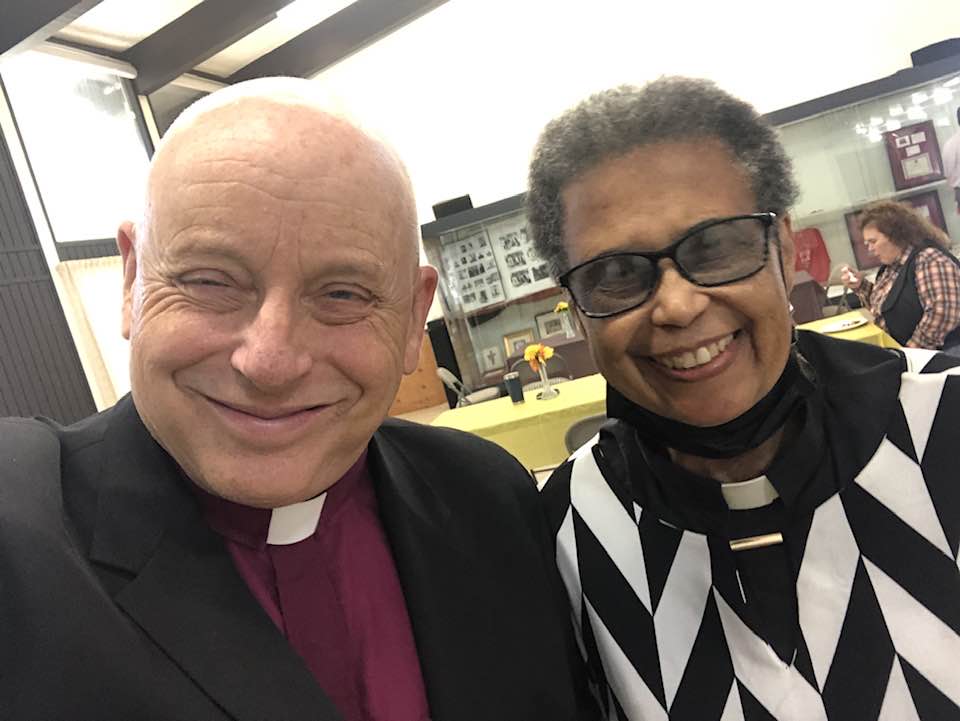 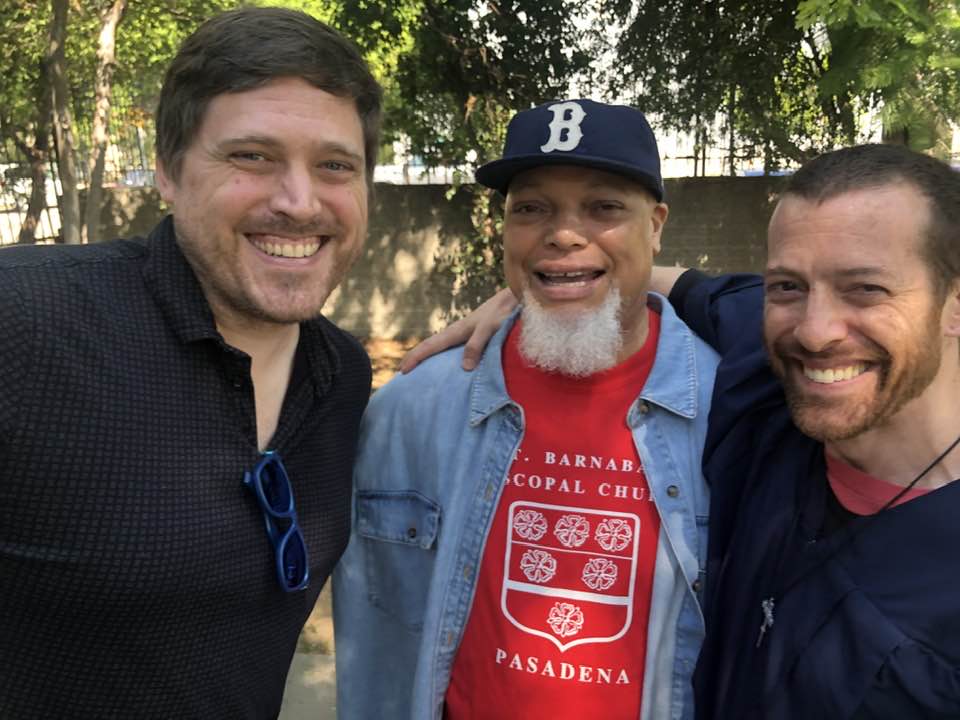 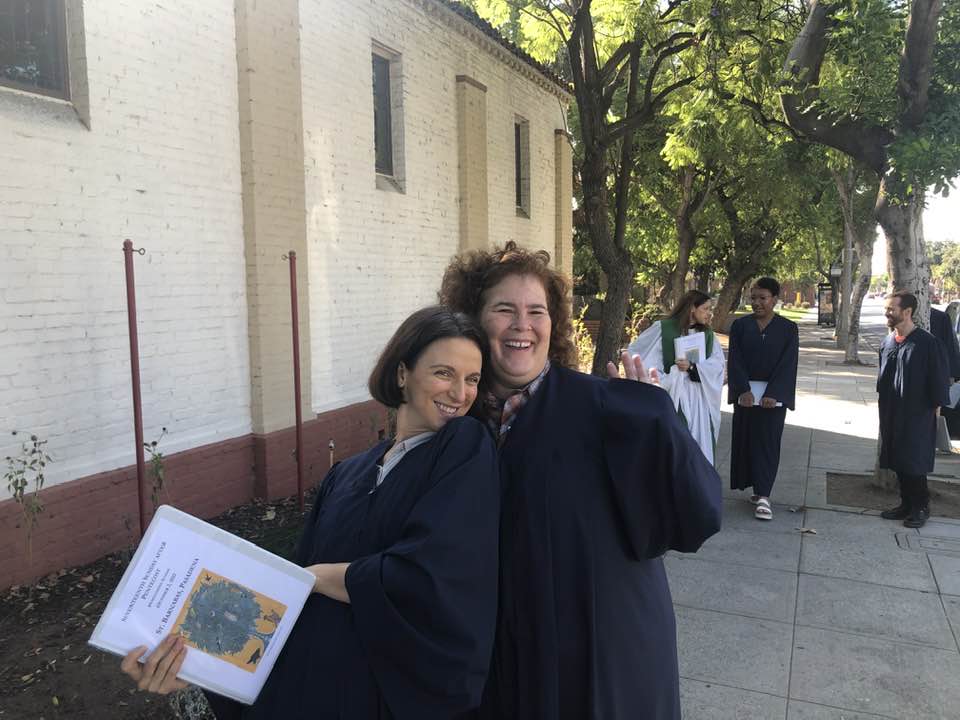 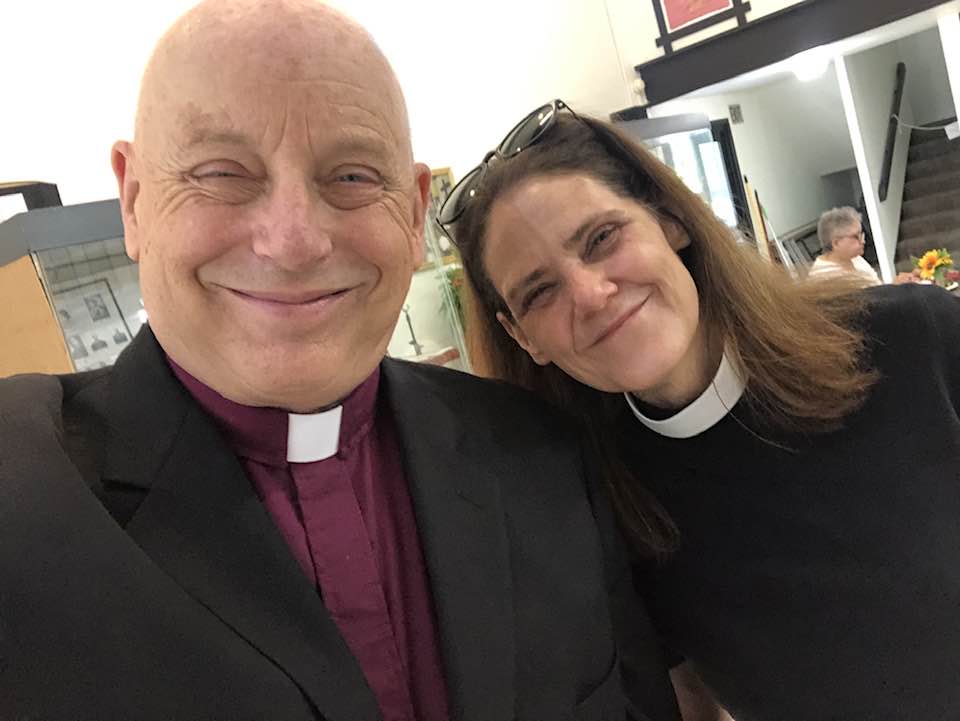 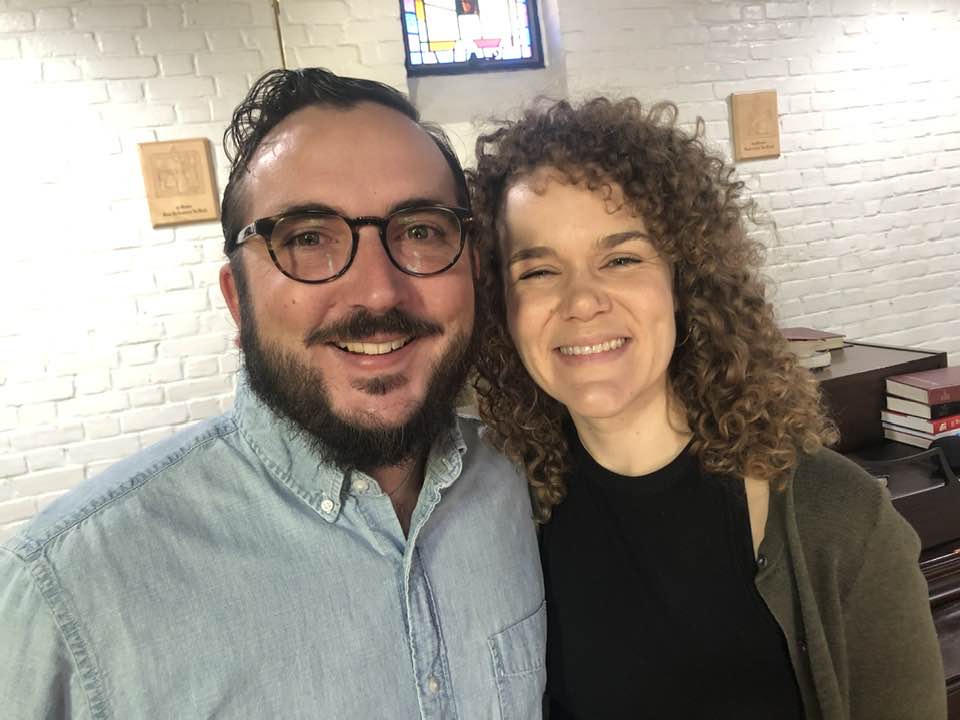 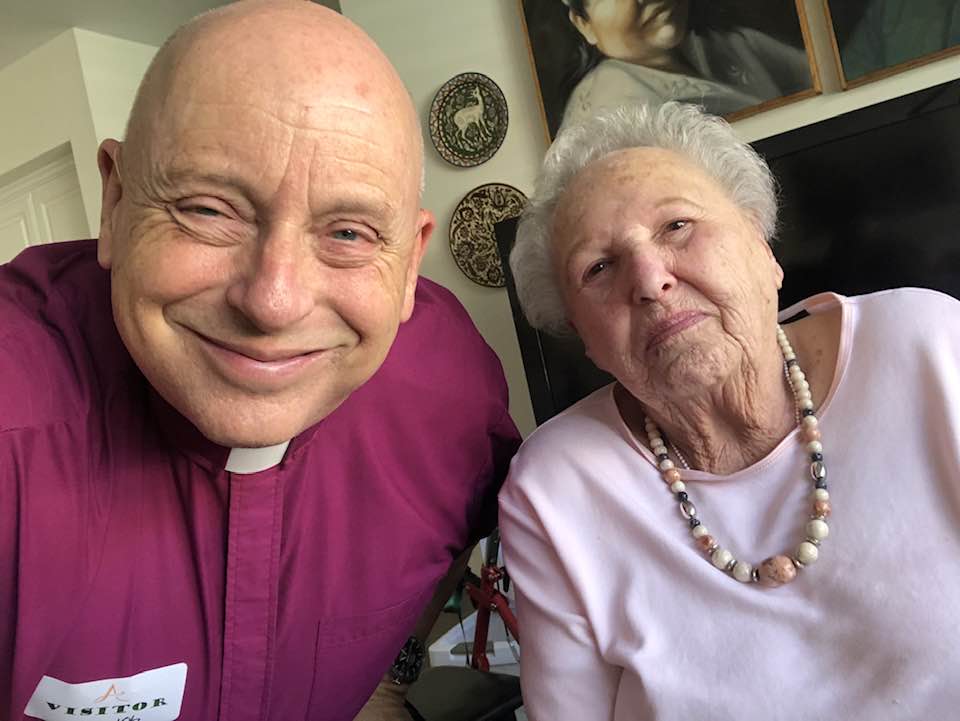 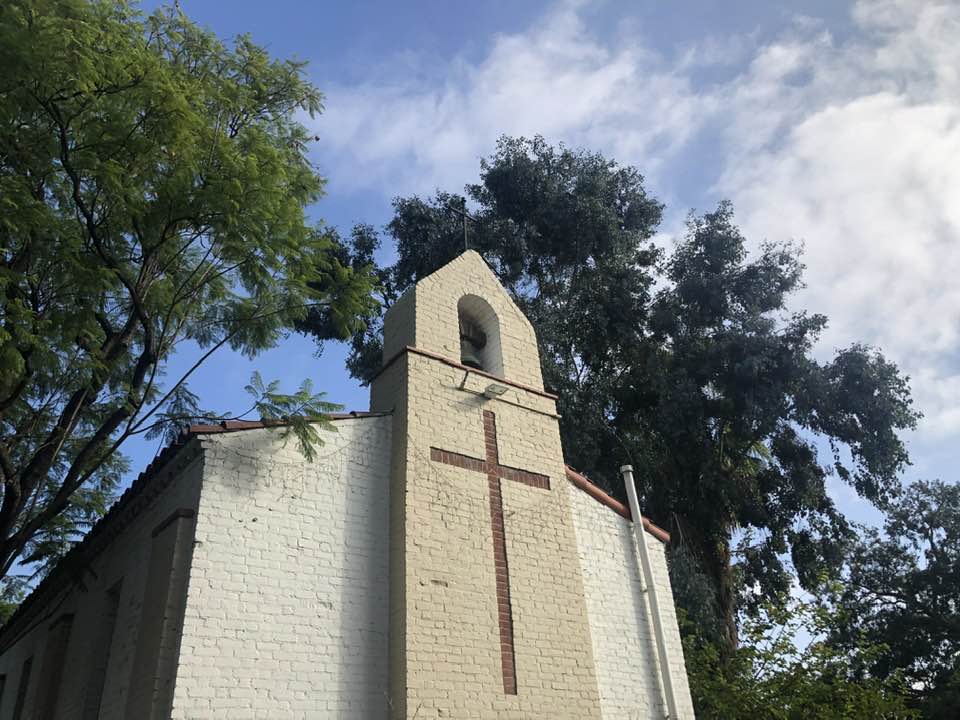 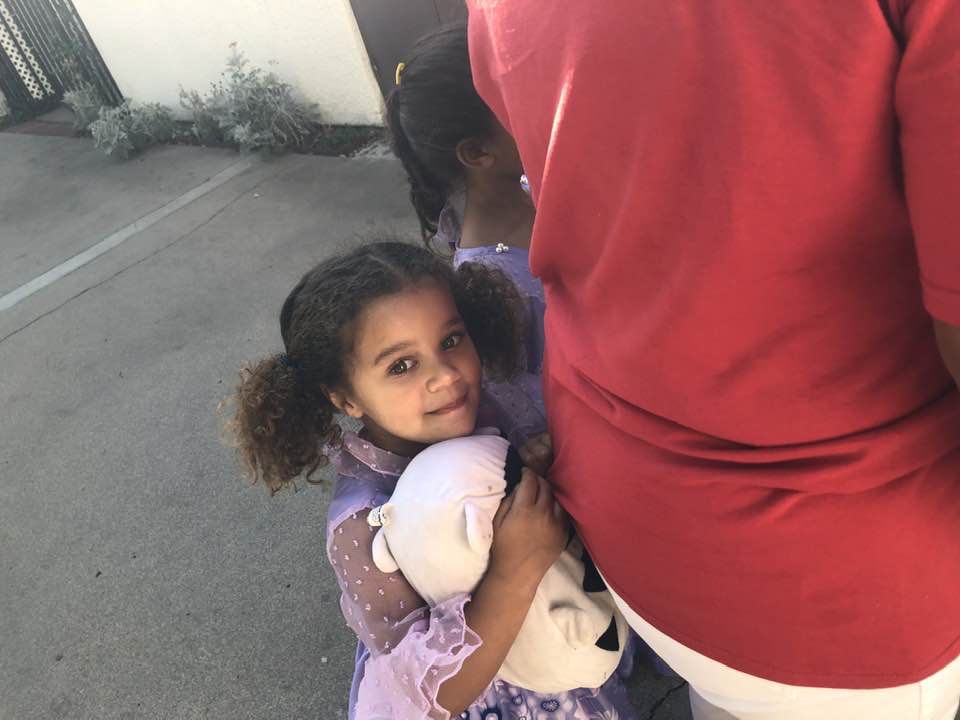 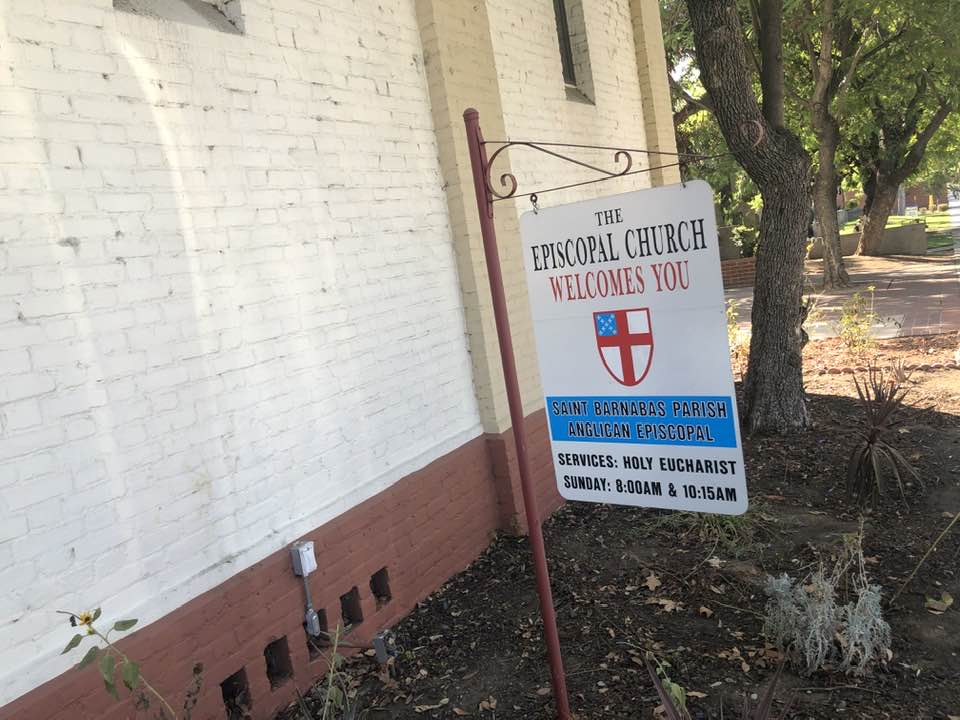 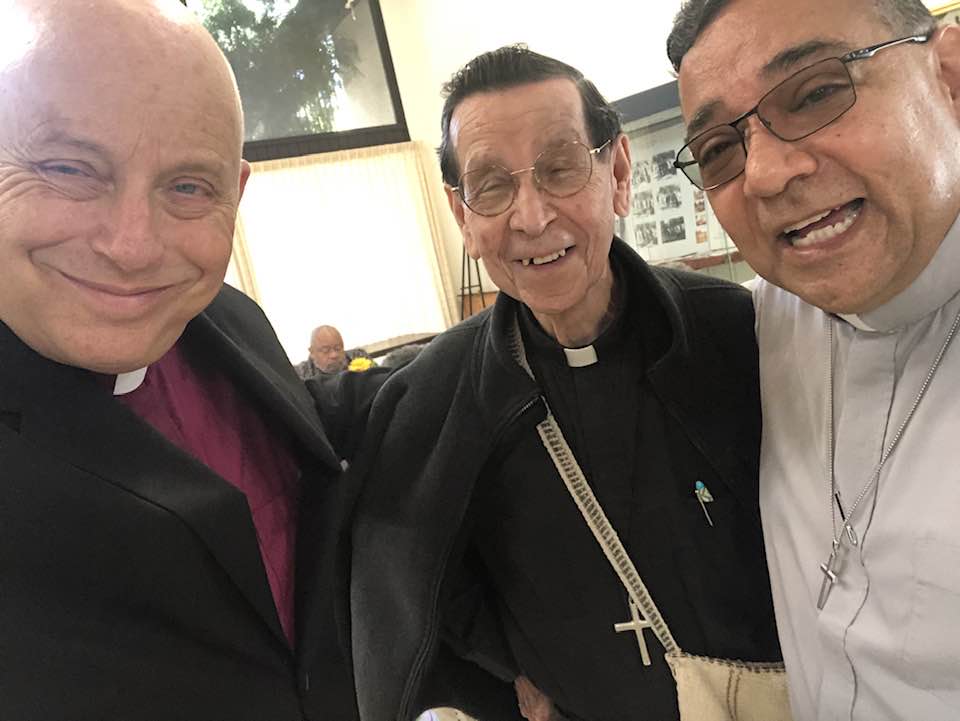 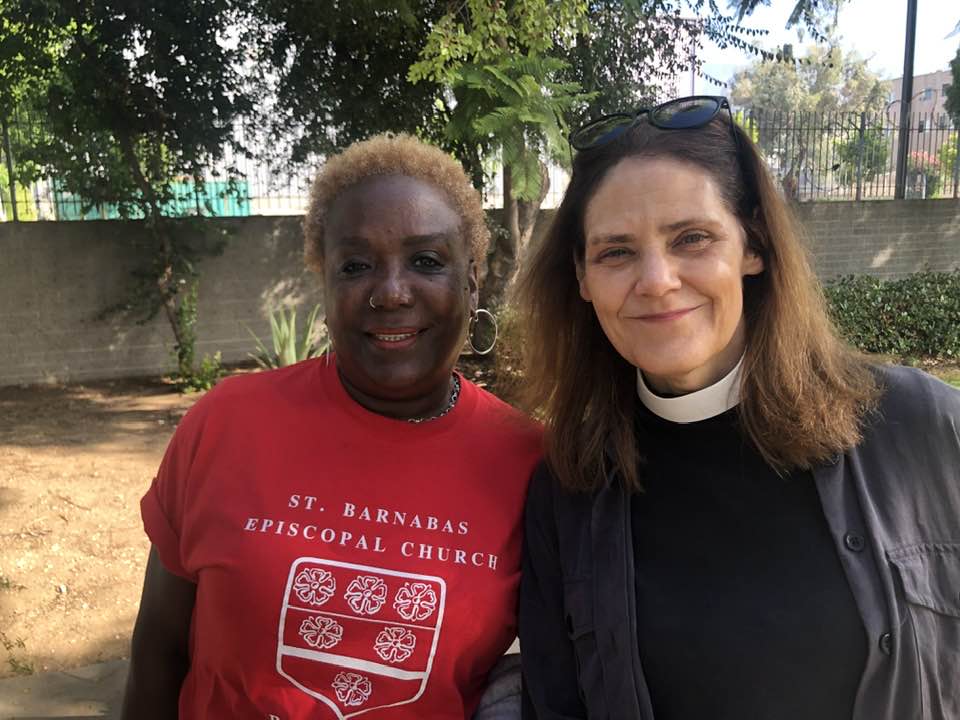 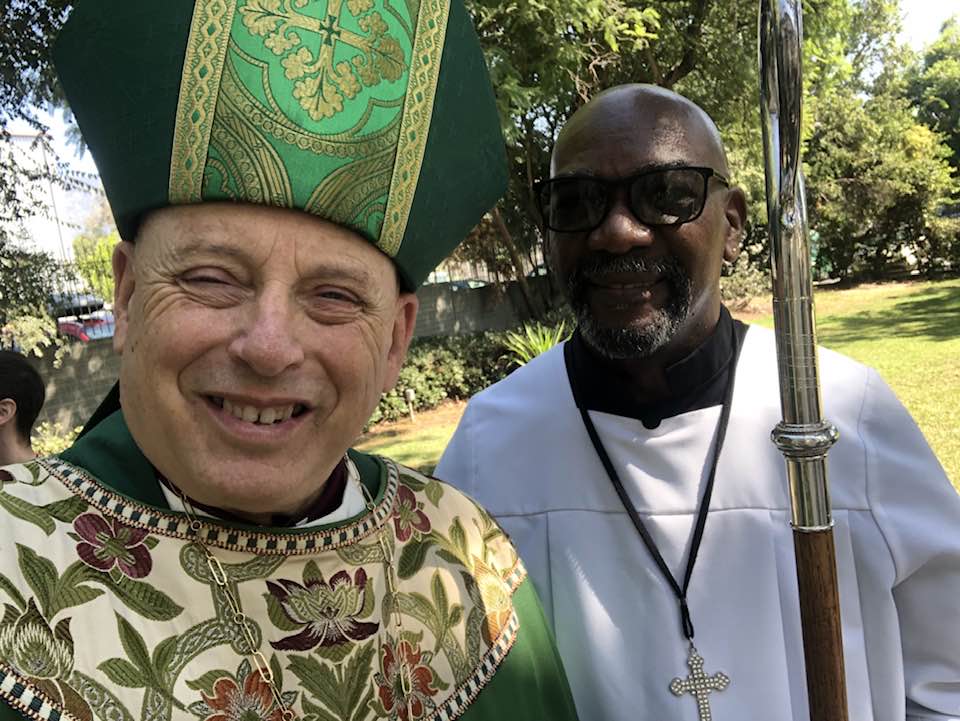 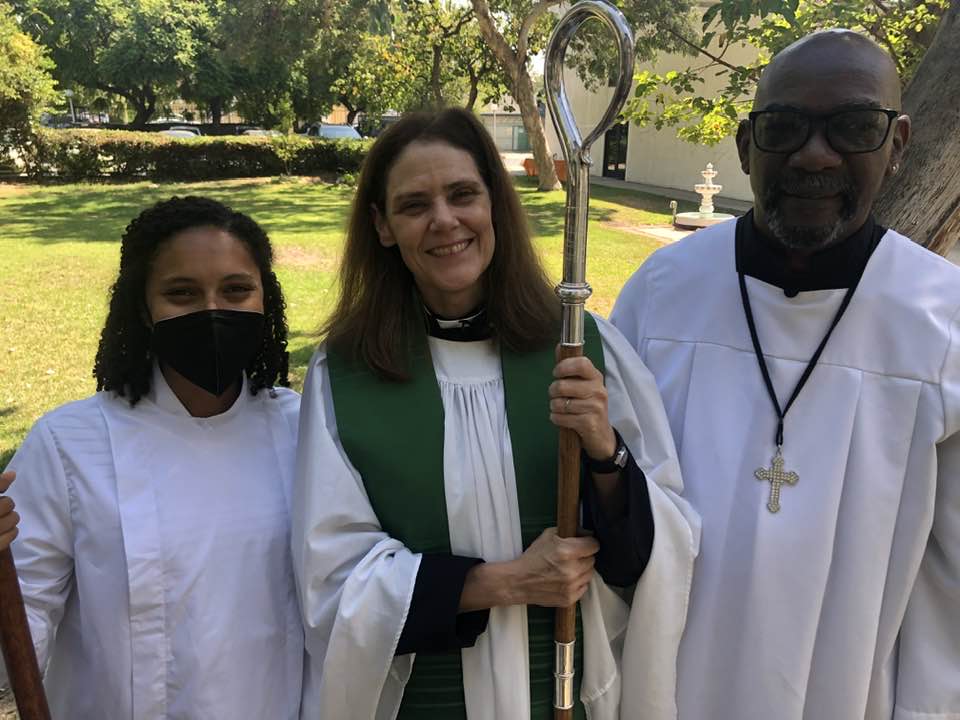 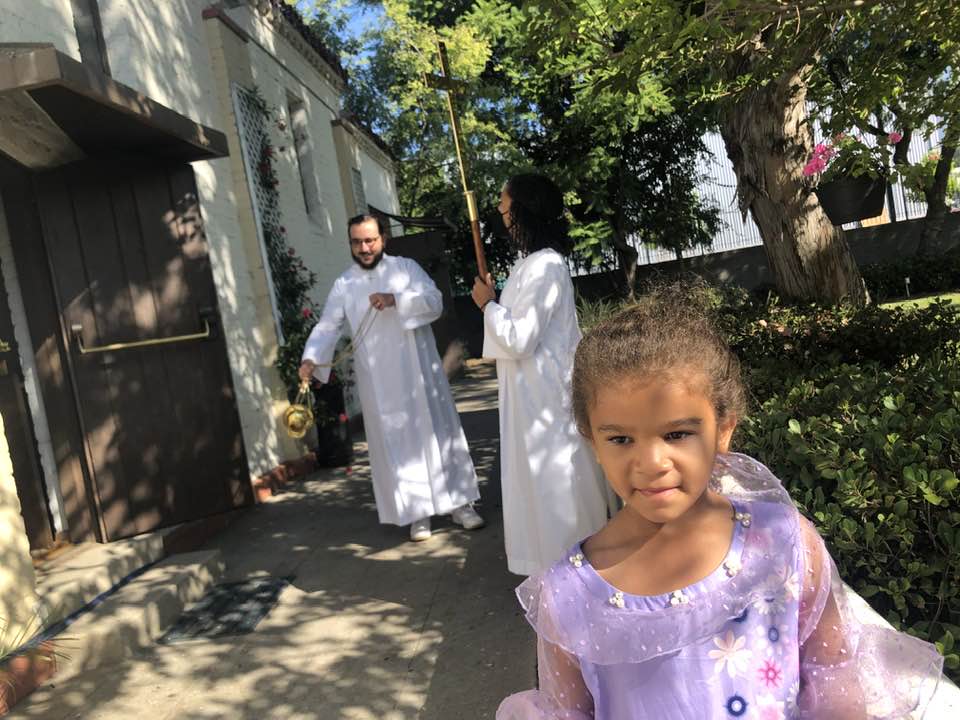 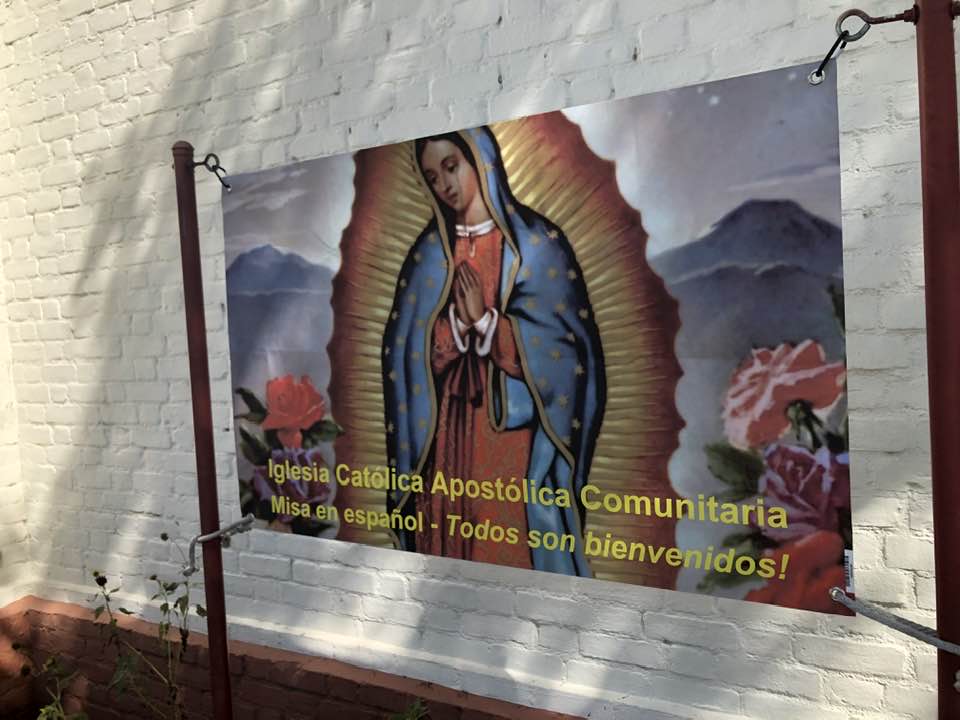 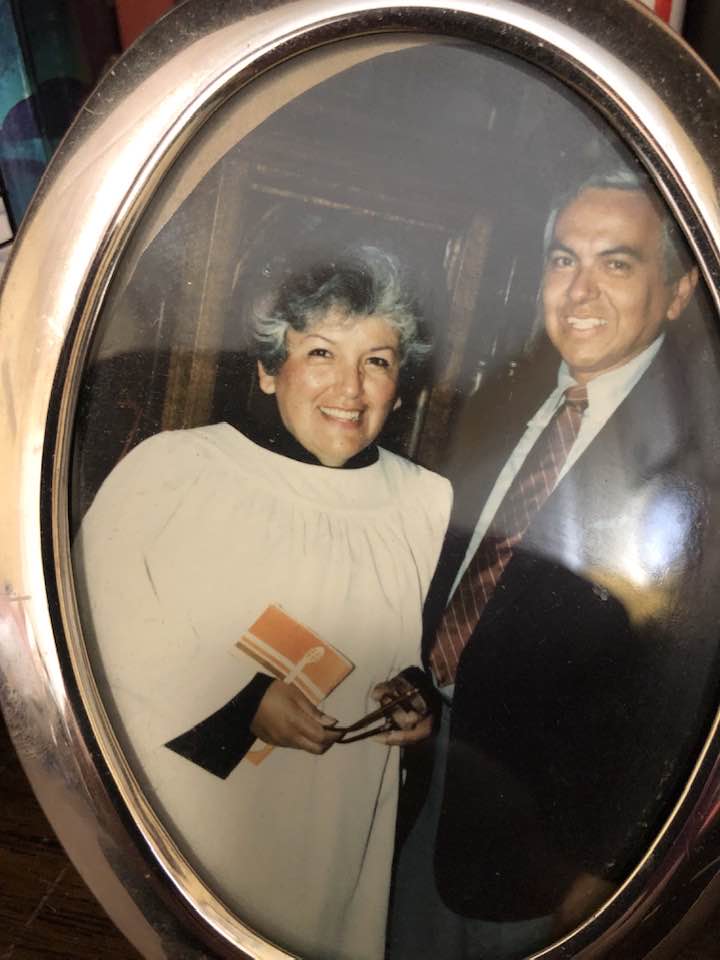