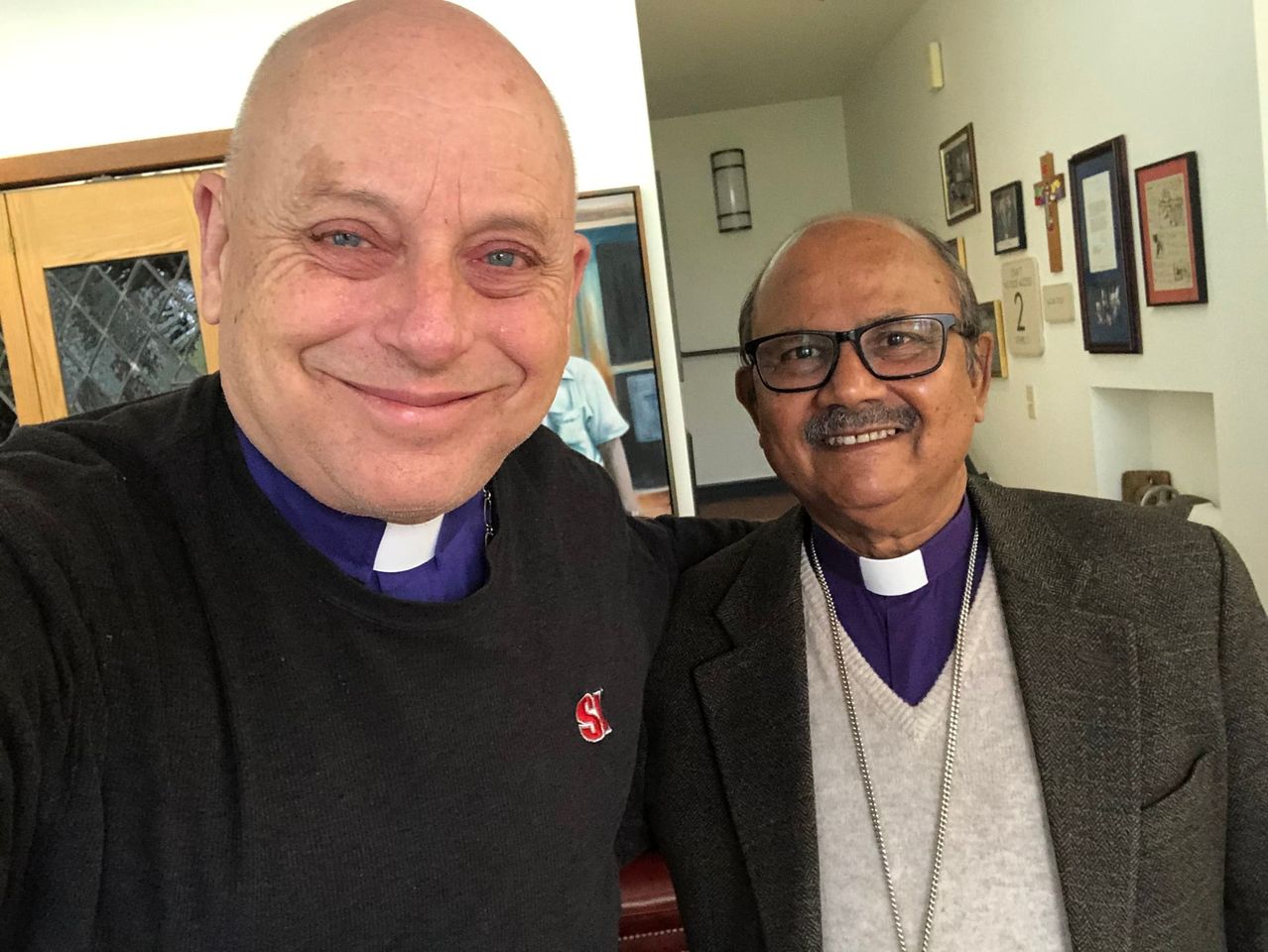 Since 1967 the Christian Study Centre in Rawalpindi, Pakistan has promoted ecumenical and interfaith understanding in a nation of 1.3 million Christians and 200 million Muslims. The Rt. Rev. Samuel Azariah, former mediator of the Church of Pakistan, the center’s longtime chairman, became its director last year after a fruitful time as bishop in charge at St. Peter’s Episcopal Church – Rialto, CA, home base for scores of Sammy’s lively, long-to-be-remembered visitations around the Episcopal Diocese of Los Angeles.

He stopped by Thursday for a chat at St. Paul’s Commons, Echo Park to bring me up to date on his work, including a nationwide networking tour and the Nov. 13 dedication of the Garden of Spirituality on the center’s grounds. An amazing range of faith leaders and academics attended, including the cardinal archbishop of Karachi, the papal nuncio in Pakistan, Sammy’s colleagues from the Protestant community, and many representatives of the Muslim community.

Sammy told me he drew inspiration from the interfaith meditation garden established in 2015 at St. George’s Episcopal Church, Riverside by the Rev. Khushnud Azariah, his spouse and longtime colleague in ministry, who retired last year as the St. George’s vicar. These days Khushnud is back and forth between the U.S., spending time with their three daughters and their families, and Rawalpindi, where she participates in the center’s programs, including a conference last autumn on the rights of women.

Sammy is a respected leader in global ecumenism through the World Council of Churches, where he has served for many years as a member of the executive committee. (Read here about the center’s 50th anniversary celebration in 2017: https://www.oikoumene.org/…/in-pakistan-christian-study…).

He’s a bridge builder by virtue of both temperament and theology, thanks to a lifetime of prayerful discernment and practical experience as a member of a tiny and sometimes at risk Christian minority. He mourns the rise of extremism in his country and region even as he struggles against it with courage and love. Our conversation this week wasn’t the first in which we worried together whether Christian nationalism is leading the United States down the same dark sectarian road. If it is, we will be lucky to have Sammy and Khushnud as teachers and pioneers, living reminders that the darkness will never overcome the light.