The Bishop’s Blog: The peace of Jerusalem 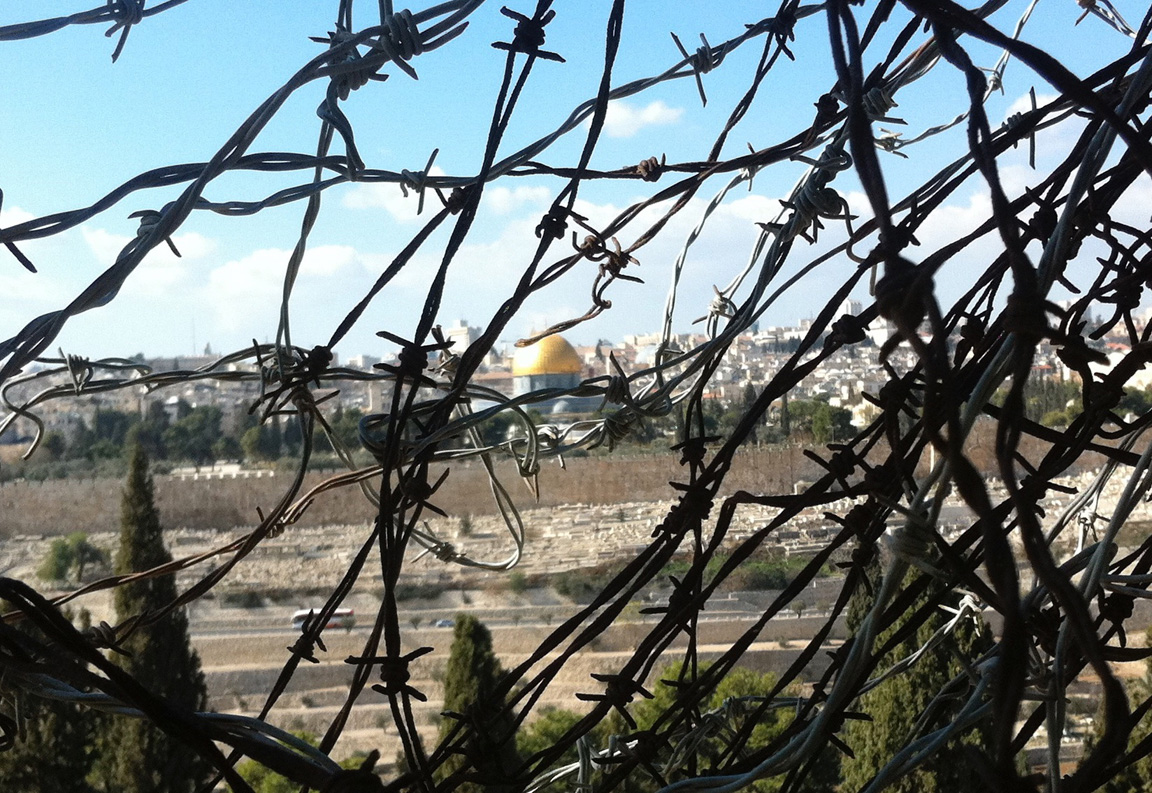 I’m decamping to Jerusalem for a week, in search of peace. At first blush, not the most logical maneuver, since the land of the Holy One is understood to be a place of intractable and unceasing conflict.

As dashed dreams accumulate, it’s getting worse. The 55-year Israeli occupation of east Jerusalem and the West Bank, governed by an agreement between Israel and the Palestinian National Authority, which aims for Israeli and Palestinian states side by side, is tending toward something else. So far, it isn’t annexation. As of now, it still isn’t apartheid.

Among our Israeli and Palestinian cousins, sharing their small space between the Mediterranean Sea and Jordan River, distrust is marrow deep. The second intifada, a wave of terrorism in the early aughts, shattered Israel’s peace movement. As for Palestinians, not one I’ve met says they believe in Israel’s right to exist as a Jewish state. Knowing the history of the region, the displacement of millions of their forebears, why should they? If you let every Arab in Israel and the occupied territories vote, Jews would be in the minority, and the Jewish state would end.

This is Israel’s existential crisis. Eventually, it fears, the world fears, that it won’t be able to be a democracy and a Jewish state at the same time. If it annexes the occupied territories without permitting Arabs to vote, as it has sometimes threatened to do, then it will earn its A for apartheid. It is still on record favoring a separate Palestinian state. Chaos on the Palestinian side gives it an out for now. It can’t very well make peace with Fatah without its rival party, Hamas. Should a united PNA ever come to the table, and if Israel still waffles on the Palestinian state, then the world will have good cause to believe that it’s trying to accomplish annexation by means of permanent occupation — another sure way to the big A.

There are no easy answers, no magic wands. As hope recedes, tempers shorten. Extremists make matters worse, their specialty. The knife’s edge of Israel’s ambivalence about peace, its settlements eat away at Palestinian territory. All in the region are entitled to peace, security, freedom, and national self-determination. Today, Israel has a monopoly on all four. Disenfranchised, poorly served by their leaders, and overlooked by former Arab patrons, Palestinians are far worse off. So Israel deserves most of the criticism it gets. Its existential fears notwithstanding, Israel’s vast power and foundational commitment to human dignity obligate it to act with restraint and decency. Too often, it doesn’t. About all this, The Episcopal Church, I included, as you can see, has many opinions. But there are no easy answers. No magic General Convention resolutions. Just two peoples, closely linked by their ancient heritage, deeply divided because of recent history.

But hope is alive in the people of the region, including among our Palestinian Anglican siblings. My visit is the result of an invitation from Canon Iyad Qumri and Simone Qumri to the blessing of the marriage of their son Sami Qumri and his spouse, Seka, on Saturday at St. George’s Cathedral, Jerusalem in east Jerusalem — occupied territory today, by God’s grace Palestine’s capital someday. This is a great Anglican Palestinian family, well known to thousands of Holy Land pilgrims, devoted to staying and helping build up the de facto framework of Palestinian statehood. Many more, Jews, Christians, and Muslims, Israelis and Palestinians, work at the grassroots for peace, finding and holding common ground.

Before and after Sami and Seka’s party, I decided to spend a few extra days, wandering the streets of the Holy City. Some sights will be familiar from seven prior visits, including this view of the Temple Mount/al-Ḥaram al-Sharīf from the Mount of Olives. Others will be new. My soul is hungry for this precious time in one of God’s most precious places. As for many of you, the last few months have been intense and wearying.

So to a place of war, I go in search of peace. Beams of light piercing the clouds of incense that hover above the traditional site of our Lord’s burial and Resurrection in the Church of the Holy Sepulcher. The same warm breath of the Judean desert wind on my face that Jesus felt on his. The eternal peace and light at the heart of Jerusalem, which soften the violence and shadow that the human heart harbors. Worship, celebration, and prayer in the cathedral church of the Rt. Rev. Hosam Rafa Naoum, archbishop of Jerusalem, with whom I’ll have the blessing of a dinner meeting as his November visit to the Episcopal Diocese of Los Angeles continues to take shape. You know me. I’ll post from time to time. So come along on my journey of peace. And pray for the peace of Jerusalem.