The Bishop’s Blog: What’s really up with SCOTUS? 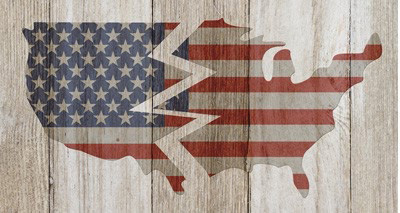 What’s really up with SCOTUS? It’s easy. Follow the money. Everyone wanting reproductive freedom and equity notwithstanding their orientation and identification feels like a victim this week. And they are. They’re also pawns in a hidden game with trillions at stake.

The main agenda of the Federalist Society, which tells most GOP presidents whom to make federal judges, and the Koch brothers, who poured hundreds of millions into molding a generation of conservative legal minds, has never been social issues and people’s rights. It’s business, taxation, and regulation.

Trump and the first President Bush were famously pro-choice. But they named a total of four anti-Roe judges to satisfy their conservative Electoral College coalitions, powered by evangelicals, who were persuaded to be anti-ERA and anti-abortion in the seventies. That’s when the GOP realized that culture wars would bring the faithful to the polls. Just read Rick Perlstein. Please.

But the other rulings to watch from these justices are those favoring business and corporate interests. As far as the real money and power behind them are concerned, it’s why they’re there — also pawns, in a way, in a death match that’s tearing our country apart. Our politics are taking us down a dark road toward sectarianism and even violence that won’t be good for anyone, no matter what their views.

It doesn’t have to be like this. When politicians pledge their allegiance at Fourth of July picnics this year, they might weigh the words while mouthing them. One nation. Indivisible. Liberty and justice for all. And yes, under God. Some say the church has no role in politics. I beg to differ. Those who celebrate the plural face of our God in Christ can help light our country along the way to its destiny as one plural nation under God.

So Republicans, here’s an idea: Be true conservatives, and respect everyone’s God-given human rights, whether 18th century slave owners enumerated them in the Constitution or not. Advocate for economic freedom and opportunity for the sake of all our people. Don’t do it for my sake. Do it to start winning national majorities again.

And while we’re at it, a word for Democrats: Stop taking global corporate money, and make broad advancement for struggling working and middle class people your #1 priority. Ruin the GOP’s divisive Electoral College strategy once and for all by winning back and keeping those blue-red-blue-red switchers in swing states who vote every single time based on how their lives are going in an economy threatening to leave them behind.